Disgusting Nairobi Attack: Hostages Remain Inside Shopping Centre
At least 43 people have been killed and more than 200 others wounded in an attack by Somali Islamist militants on a Nairobi shopping mall, the Kenyan Red Cross said on Sunday. The Somali Islamist group al Shabaab claimed responsibility for Saturday’s attack on the Kenyan capital’s Westgate mall, which is frequented by Westerners as well as Kenyans. Several foreigners, including a Canadian diplomat, were among the dead.

President Uhuru Kenyatta addressed the country at 11:10pm and vowed to crush the militants. He said security forces were conducting a multi-agency response to secure Kenyans from terrorists. “But let me make it clear. We shall hunt down the perpetrators wherever they run to. We shall get them. We shall punish them for this heinous crime”. The President asked Kenyans to condole with the bereaved and support the injured, saying he had lost close family members in the attack. 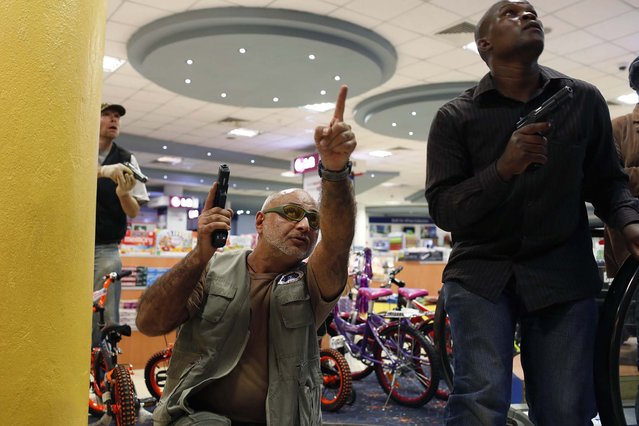 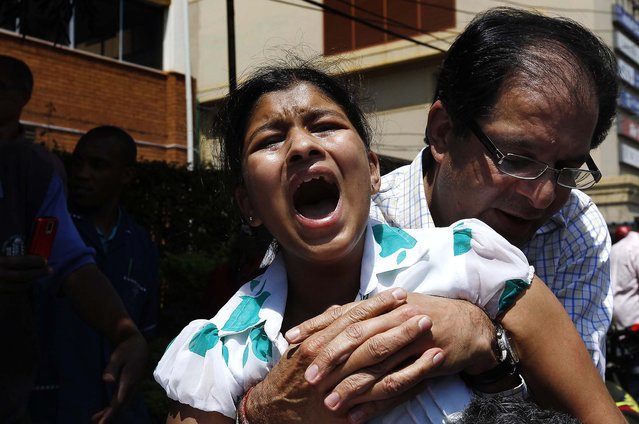 A customer cries as she is evacuated following the shootout between armed men and the police at the Westgate shopping mall in Nairobi. (Photo by Thomas Mukoya/Reuters) 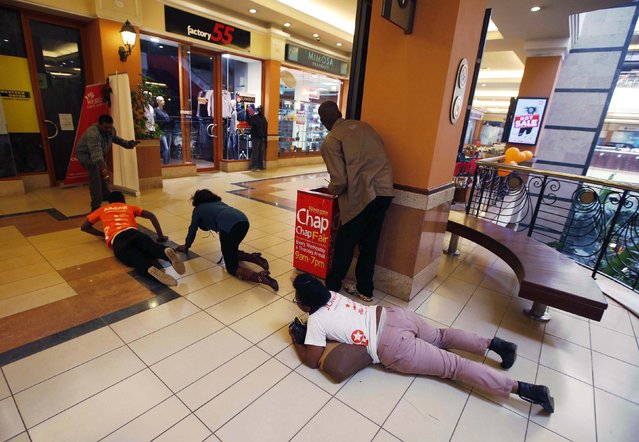 People scramble for safety as armed police hunt for the gunmen who went on the shooting spree. (Photo by Goran Tomasevic/Reuters) 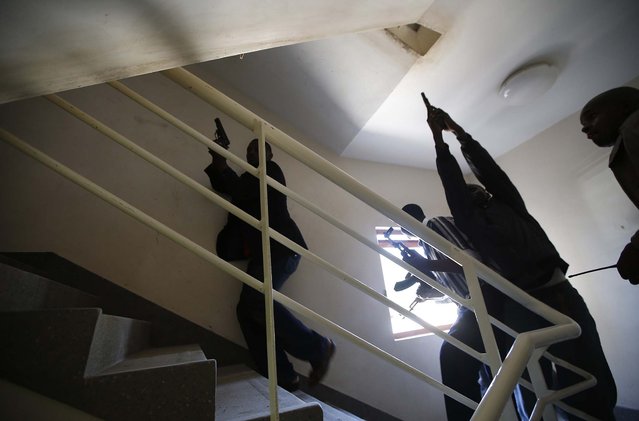 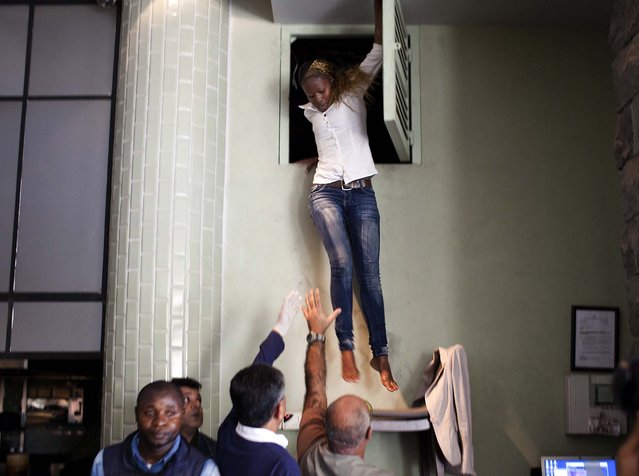 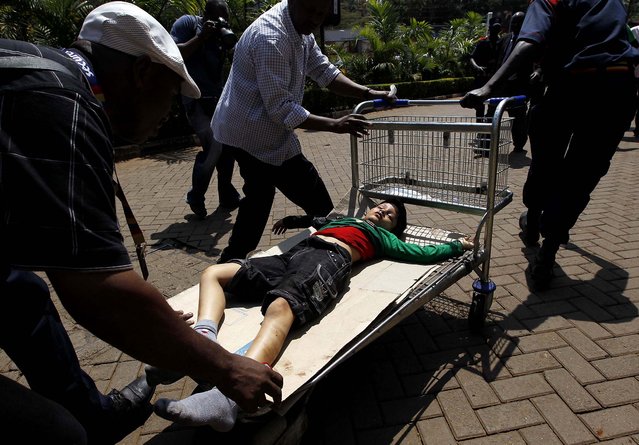 The body of a child killed in the shootout is hurried away from the mall. (Photo by Thomas Mukoya/Reuters) 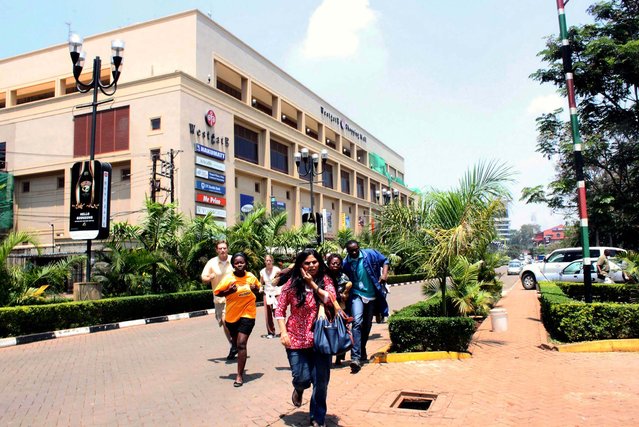 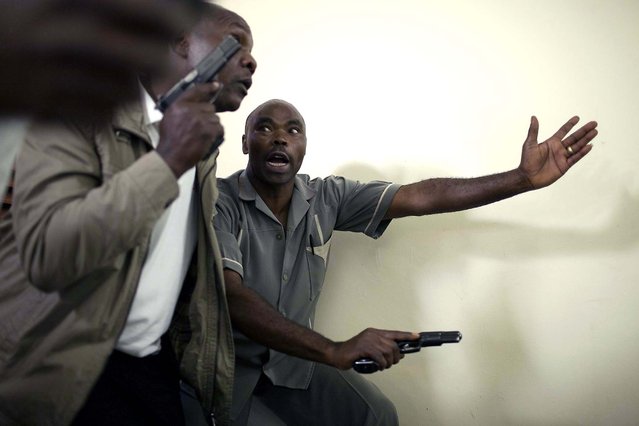 Police officers search for the gunmen inside the mall. (Photo by Tyler Hicks/The New York Times) 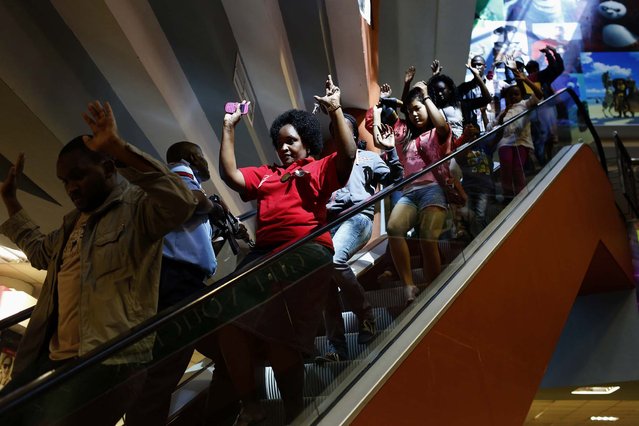 Civilians escape an area at the Westgate Shopping Centre. (Photo by Siegfried Modola/Reuters) 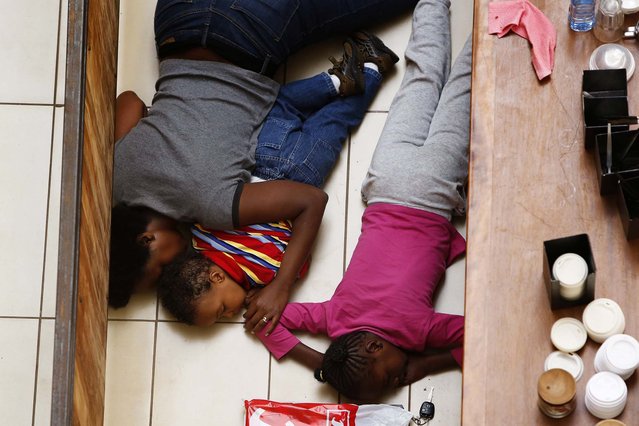 A mother and her children hide from gunmen inside the mall. (Photo by Siegfried Modola/Reuters) 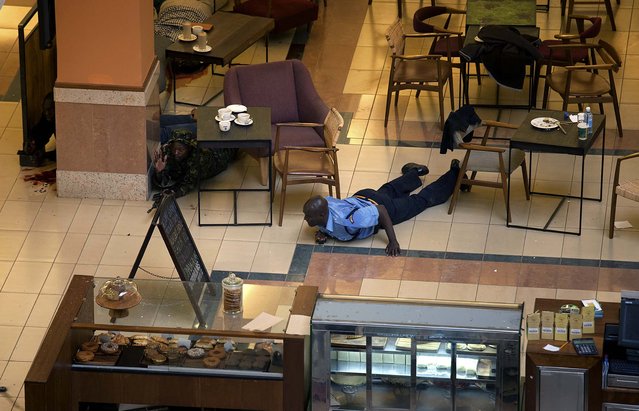 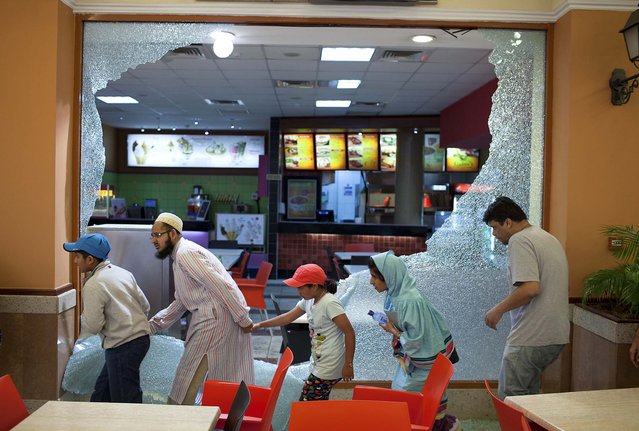 People walk by a broken window in the mall. (Photo by Tyler Hicks/The New York Times) 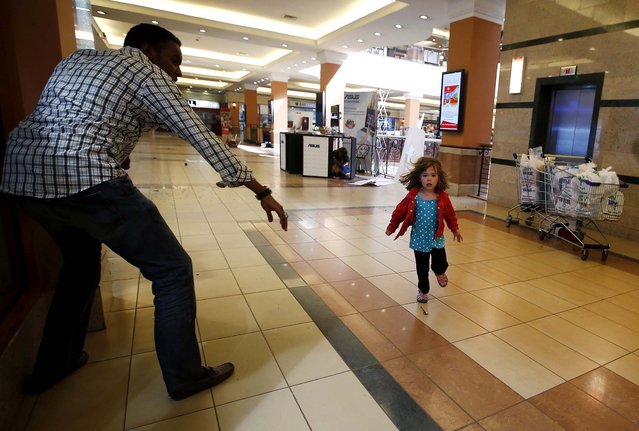 A child runs to safety as armed police hunt gunmen who went on a shooting spree. (Photo by Goran Tomasevic/Reuters) 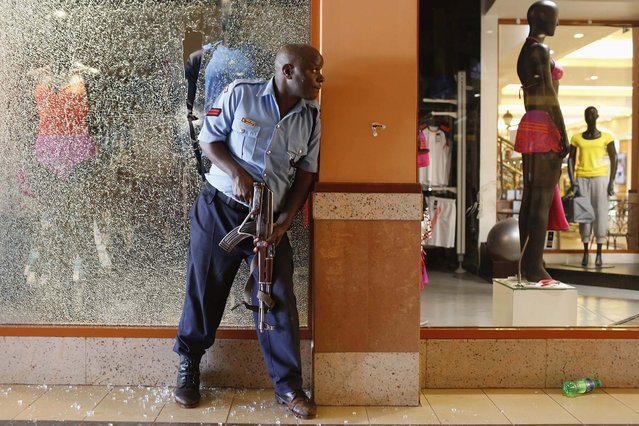 A police officer tries to secure an area inside the Westgate Shopping Centre. (Photo by Siegfried Modola/Reuters) 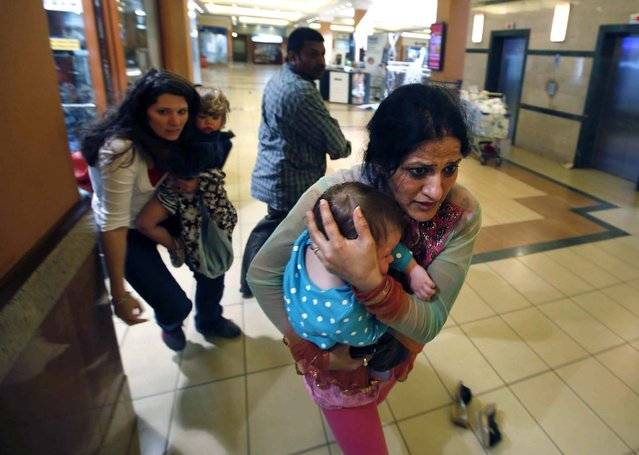 Women carrying children run for safety in the mall. (Photo by Goran Tomasevic/Reuters) 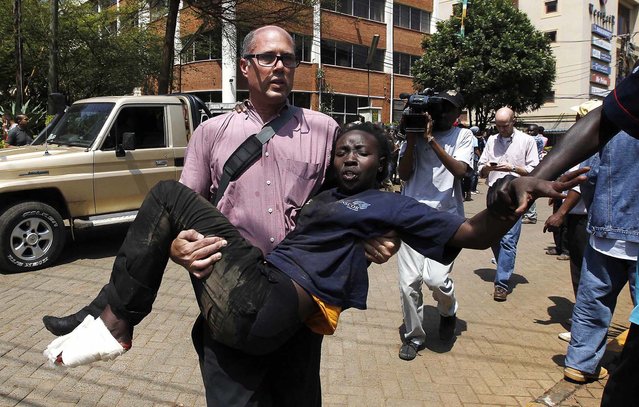 A journalist rescues a woman who was injured in a shootout between armed men and the police. (Photo by Thomas Mukoya/Reuters) 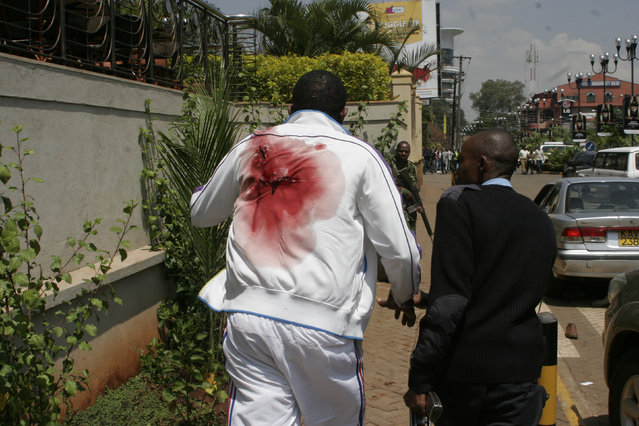 A wounded man is escorted outside the Westgate Mall, an upscale shopping mall in Nairobi, Kenya Saturday September 21 2013, where shooting erupted when armed men attempted to rob a shop, according to police. Witnesses say a half dozen grenades also went off along with volleys of gunfire in and around the mall. (Photo by AP Photo) 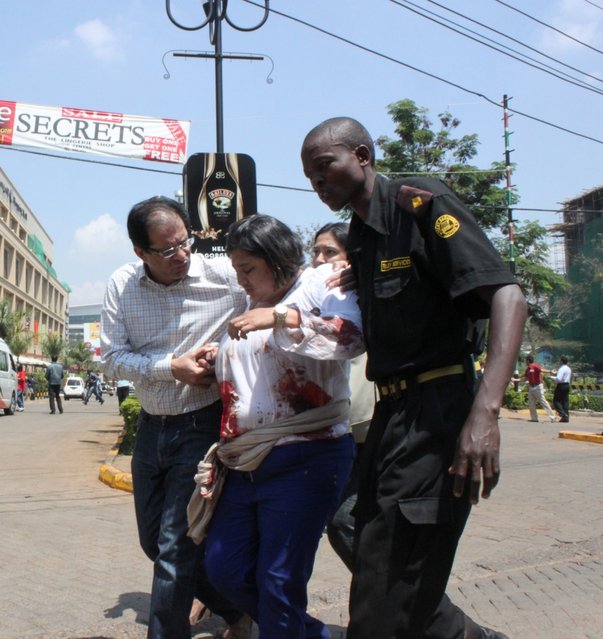 A security officer helps a wounded woman outside the Westgate Mall in Nairobi, Kenya on Saturday, September 21 2013, after gunmen threw grenades and opened fire during an attack that left multiple dead bodies and dozens wounded. (Photo by Jason Straziuso/AP Photo) 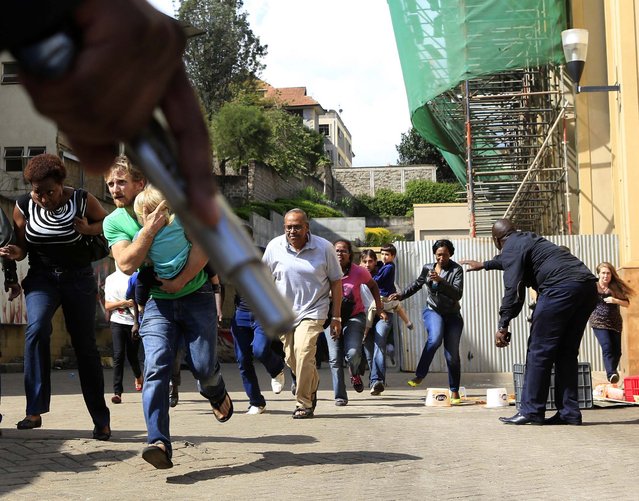 A police officer holds a gun to provide cover for customers running out of the mall. (Photo by Noor Khamis/Reuters) 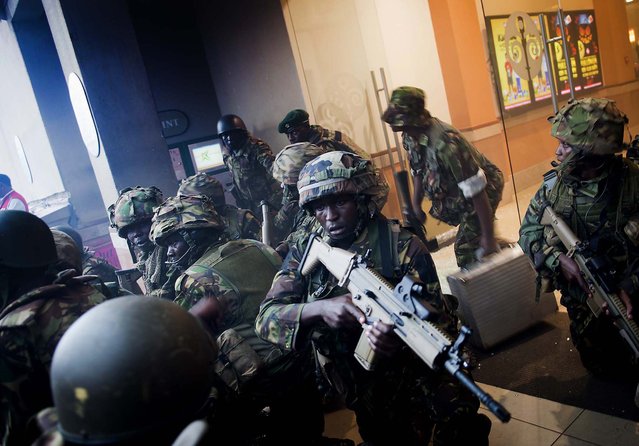 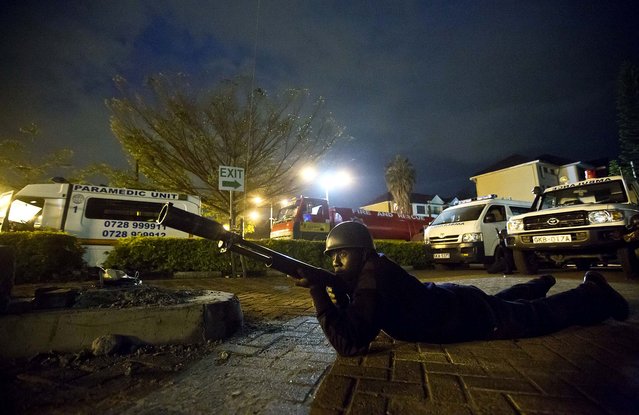