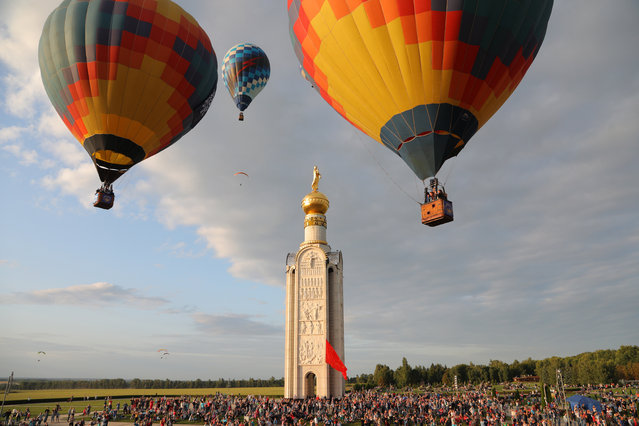 Hot air balloons during a morning flight as part of the 7th Nebosvod Belogorya (Belogorye Sky) international hot air balloon festival in the village of Dubovoye in Belgorod Region, Russia on August 2, 2019. (Photo by Anton Vergun/TASS) 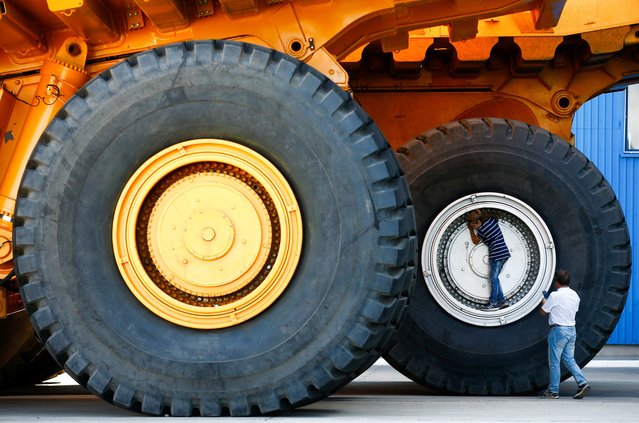 People take a selfie at the wheels of BelAZ dump trucks at the Belarusian Autoworks manufacturer in Zhodino, Belarus on August 27, 2019. (Photo by Vasily Fedosenko/Reuters) 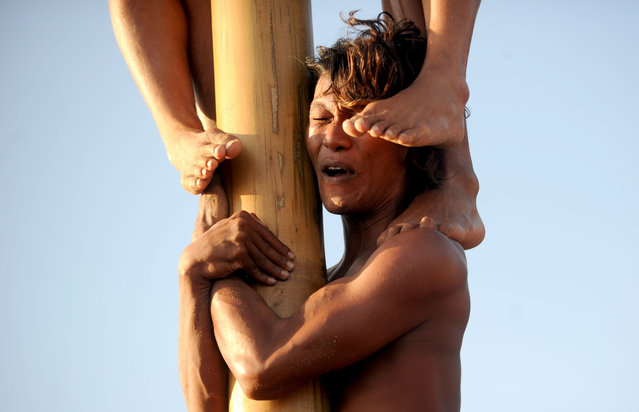 Participants climb greasy poles to claim a prize at Seminyak beach on the resort island of Bali on August 17, 2019, during a pole climbing contest to celebrate Indonesia's 74th anniversary of independence from Dutch rule. (Photo by Sonny Tumbelaka/AFP Photo) 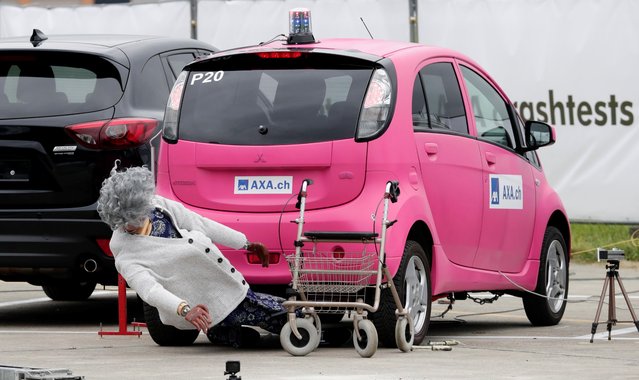 A Mitsubishi i-MiEV electric car collides with a crash test dummy with a rollator in a controlled crash test from insurer AXA, in Duebendorf, Switzerland, August 22, 2019. (Photo by Moritz Hager/Reuters) 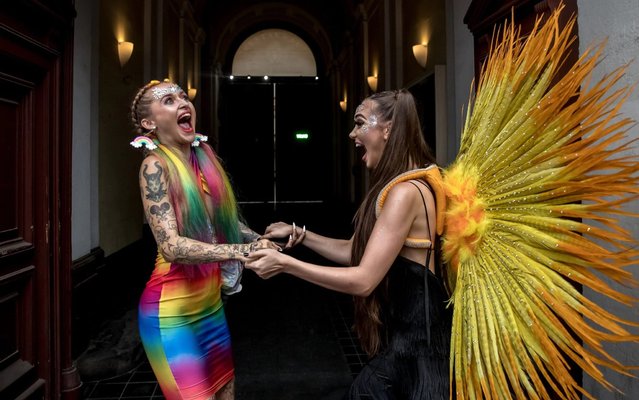 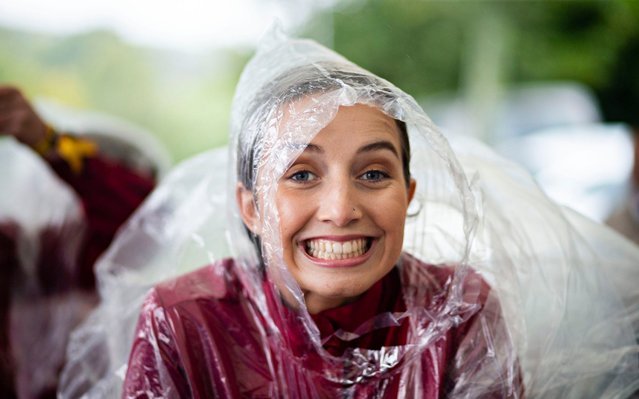 A Goodwood official prepares to brave the rain on the opening day of the Glourious Goodwood, racing festivall at Goodwood Racecourse, Chichester, England on July 30, 2019. (Photo by David Hartley/PA Wire Press Association) 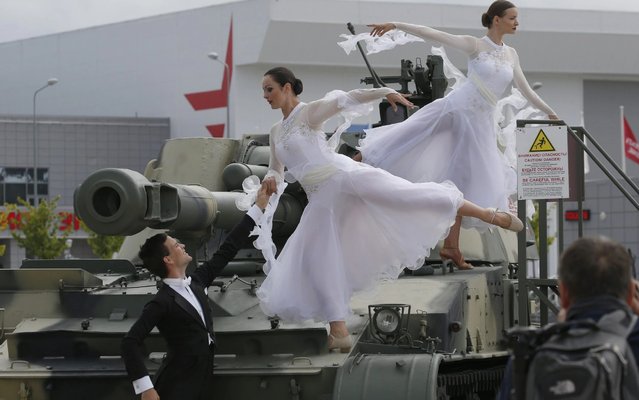 Dancers on a 2S3M Akatsiya 152mm self-propelled howitzer at the opening of the 2019 International Army Games at the Patriot Congress and Exhibition Centre in Kubinka outside Moscow, Russia on August 3, 2019. (Photo by Sergei Karpukhin/TASS) 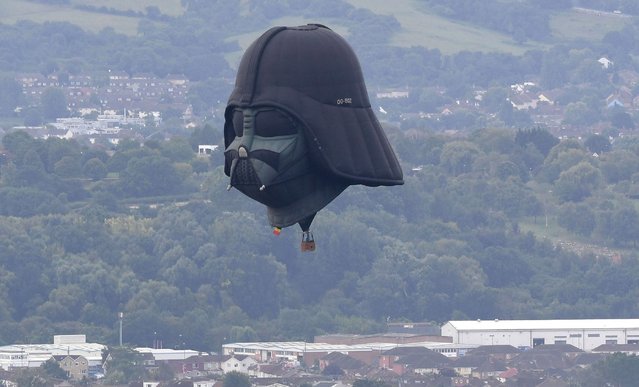 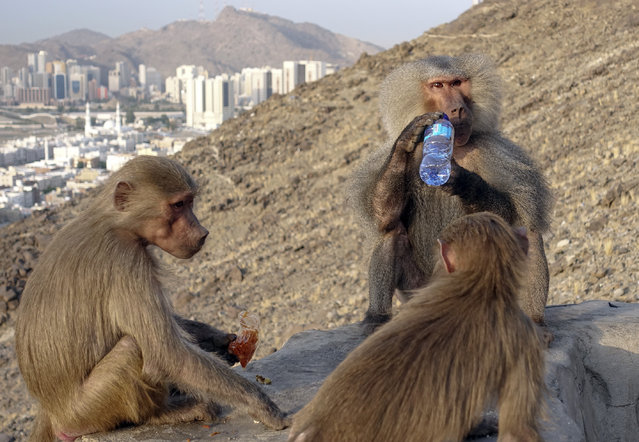 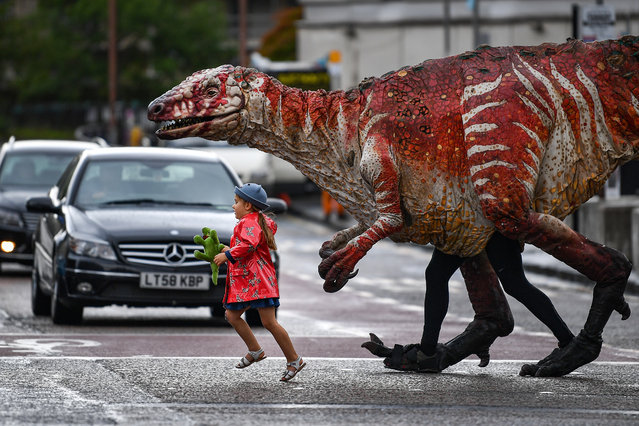 Freya Smith aged three, leads one of Erth’s giant dinosaur puppets across the road on August 6, 2019 in Edinburgh, Scotland. Australian theatre company Erth presents their best-selling show Dinosaur’s Zoo as part of Underbelly’s Fringe programme. Featuring giant dinosaur puppets which walk, roar and blink like the real thing, Dinosaur’s Zoo is a perfect example of edutainment for children of all ages, taking place at the McEwan Hall every day of the Fringe at 11am. (Photo by Jeff J. Mitchell/Getty Images) 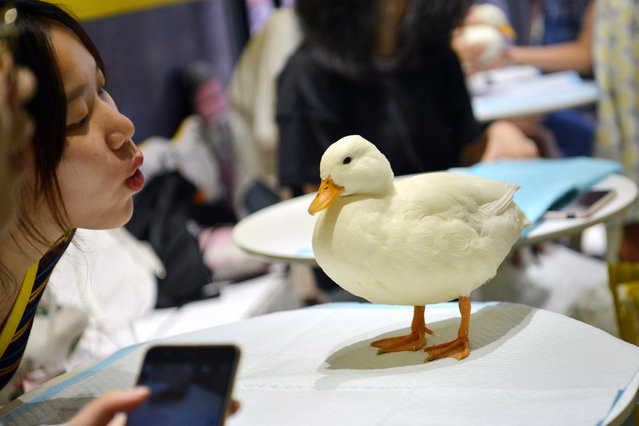 People sit by a table with a call duck on it at an animal theme cafe on August 19, 2019 in Chengdu, Sichuan Province of China. The cafe owns 4 ducks and 2 pigs. (Photo by Zhang Lang/China News Service/Visual China Group via Getty Images via Getty Images) 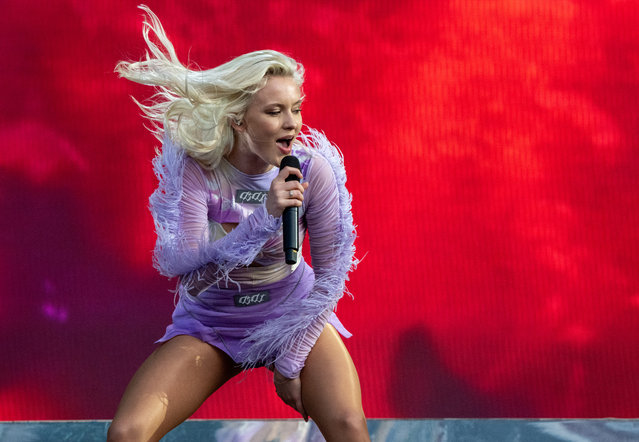 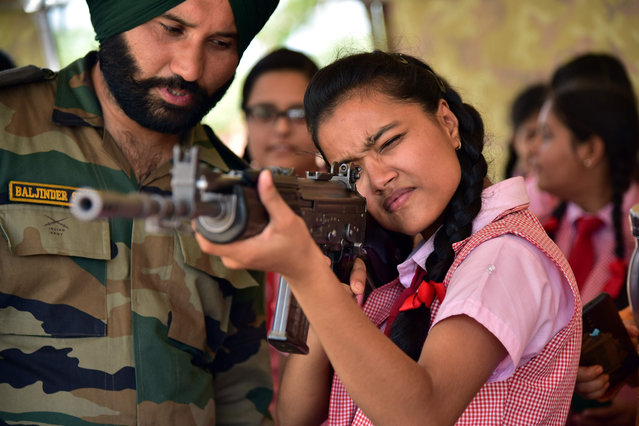 An Indian army soldier looks on while a student aims with a assault rifle during a “Know Your Army” exhibition at Government Dungar Collage in Bikaner, in the Indian state of Rajasthan on August 20, 2019. (Photo by Dinesh Gupta/AFP Photo) 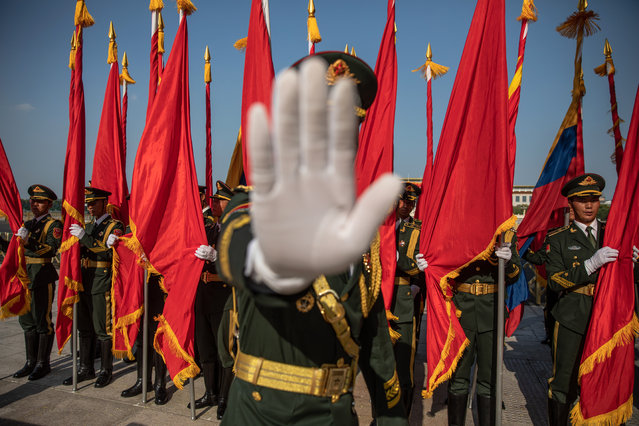 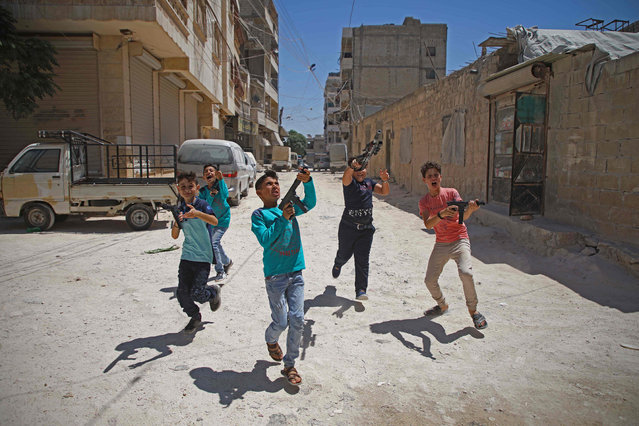 Syrian boys play with plastic guns on the first day of the Muslim religious festival of Eid al-Adha in al-Dana in Syria's rebel-controlled Idlib region, near the border with Turkey, on August 11, 2019. Muslims across the world are celebrating the first day of the Feast of Sacrifice, which marks the end of the hajj pilgrimage to Mecca and commemorates prophet Abraham's sacrifice of a lamb after God spared Ishmael, his son. (Photo by Aaref Watad/AFP Photo) 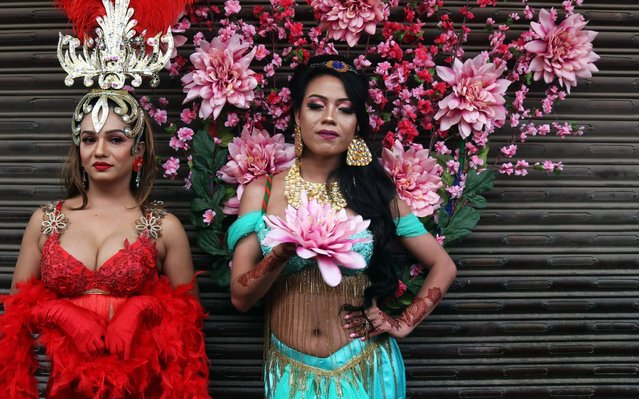 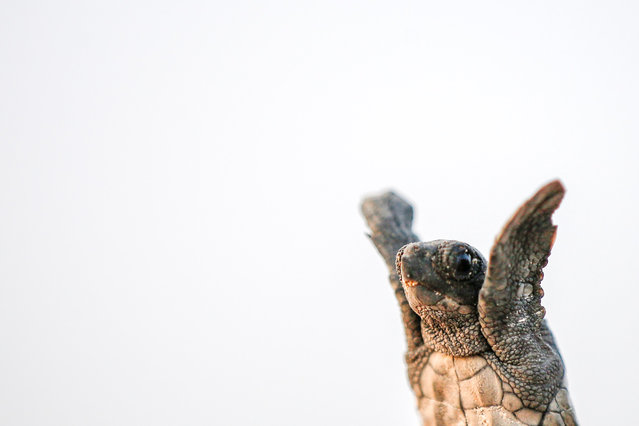 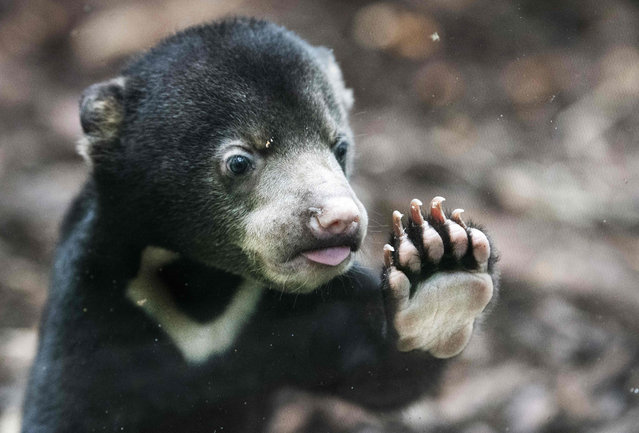 One of the two young Malaysian bears goes outside for the first time at the Burgers Zoo in Arnhem, The Netherlands, on July 26, 2019. The two bear cubs spent the first months of their lives in the maternity ward with their mother since their birth on May 7. (Photo by Piroschka van de Wouw/ANP/AFP Photo) 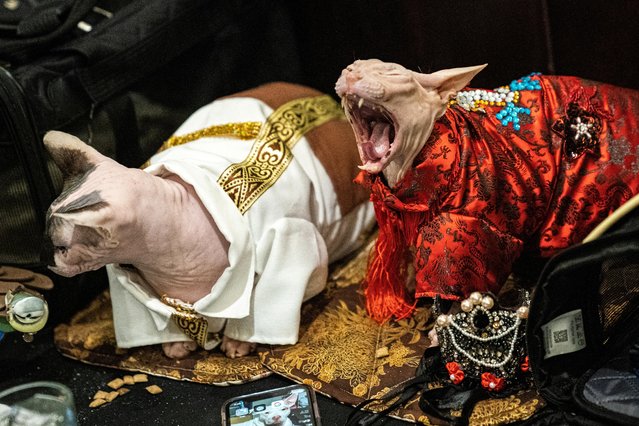