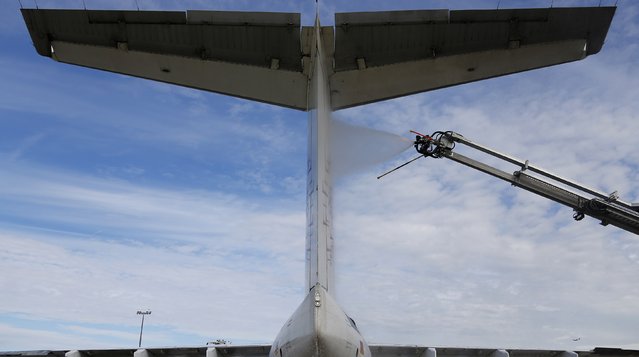 An airplane is sprayed during a training session for the de-icing crews at the Fraport airport in Frankfurt, August 29, 2014. (Photo by Kai Pfaffenbach/Reuters) 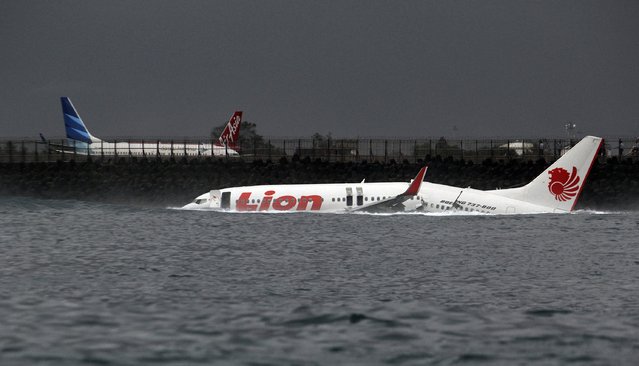 The body of a Lion Air plane is seen in the water after it missed the runway in Denpasar, Bali, in this file picture taken April 13, 2013. Pilot errors, inadequate crew training and lapses in emergency response procedures led to the plane operated by fast-growing budget carrier Lion Air crashing into the sea off Bali in April 2013, according to a final report into the incident. None of the 108 passengers and crew died in the incident, which took place as heavy rain affected visibility for the Boeing 737-800 on a scheduled flight from Bandung. Four people suffered serious injuries and the aircraft, which had been in service for less than two months with Lion Air, was written off. (Photo by Reuters/Stringer) 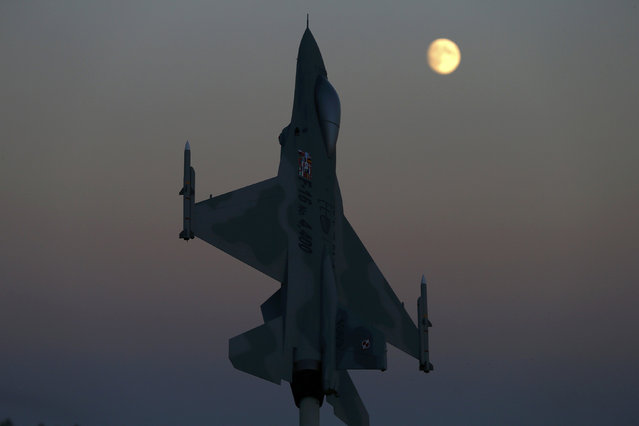 A model of a F-16 aircraft, marking the 4,400th F-16 produced and delivered for Poland, is seen at dusk at Lask air base October 6, 2014. NATO will stand by member state Turkey if it comes under attack as a result of the fighting in neighboring Syria, alliance Secretary-General Jens Stoltenberg said on Monday. (Photo by Kacper Pempel/Reuters) 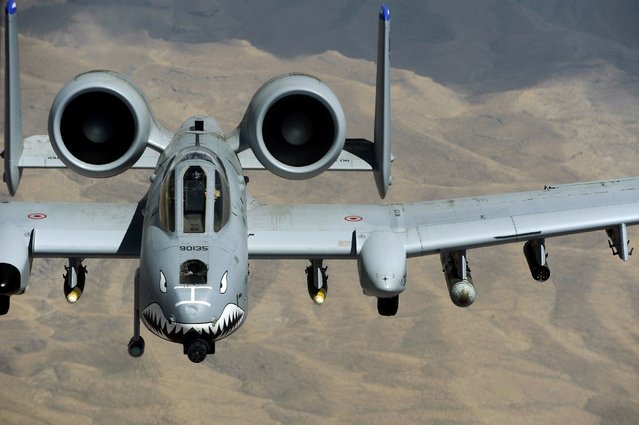 A U.S. Air Force A-10 Thunderbolt aircraft from Bagram Air Base flies a combat mission over Afghanistan, in this handout photograph taken on June 14, 2009. An influential group of U.S. lawmakers on Thursday pledged to thwart the Pentagon's plans to retire the U.S. fleet of A-10 “Warthog” aircraft. (Photo by Staff Sgt. Jason Robertson/Reuters/U.S. Air Force) 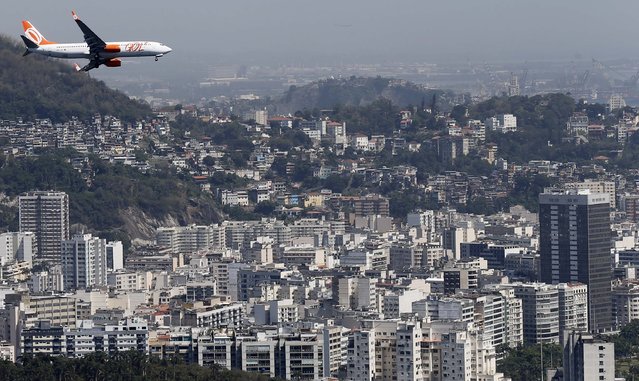 A Gol plane flies over in Rio de Janeiro as it prepares to land at Santos Dumont airport November 21, 2014. (Photo by Sergio Moraes/Reuters) 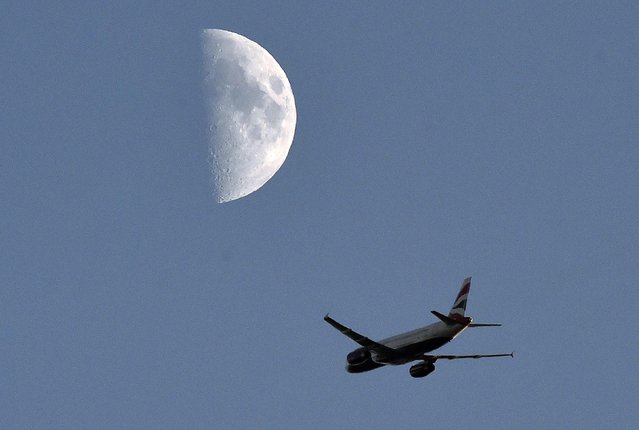 A British Airways passenger plane flies with over the Twickenham Rugby stadium with the moon seen behind in London, November 29, 2014. (Photo by Toby Melville/Reuters) 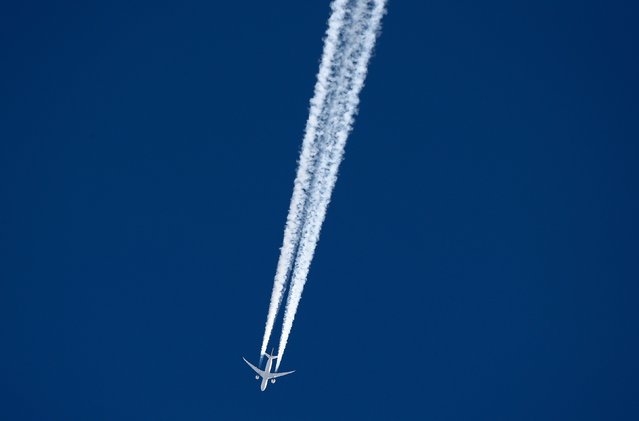 An airplane flies before the start of the World Cup Super-G skiing race in Val Gardena December 20, 2014. (Photo by Stefano Rellandini/Reuters) 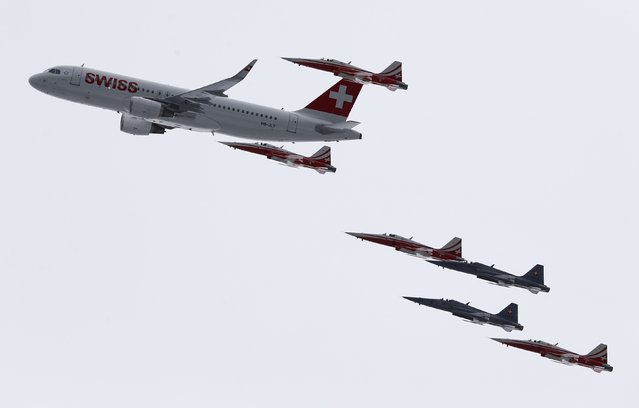 Members of the Swiss aerobatic team Patrouille Swiss fly in formation with a Swiss Airbus A 320 over the men's Alpine Skiing World Cup Super Combined in Wengen January 16, 2015. (Photo by Ruben Sprich/Reuters) 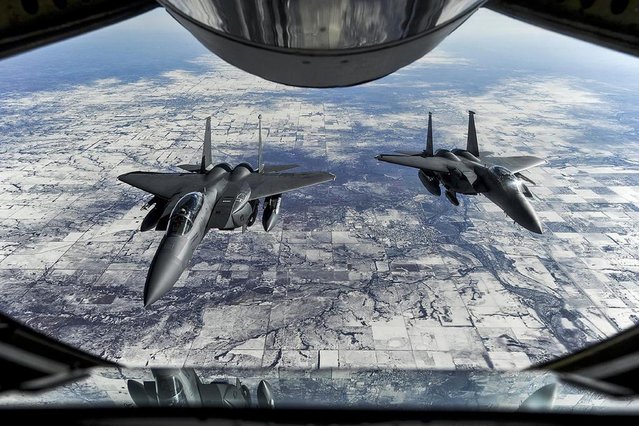 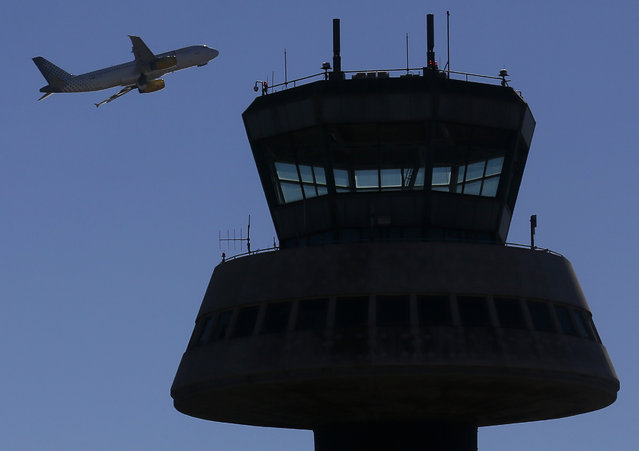 A plane takes off near a control tower at Barcelona's airport February 10, 2015.(Photo by Albert Gea/Reuters) 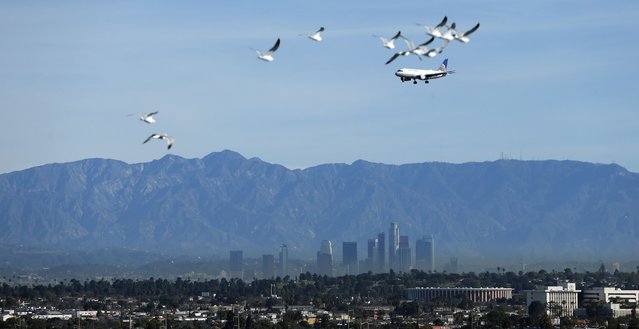 Birds fly against the backdrop of the downtown skyline and The Forum (R) in Los Angeles, California February 11, 2015. (Photo by Mario Anzuoni/Reuters) 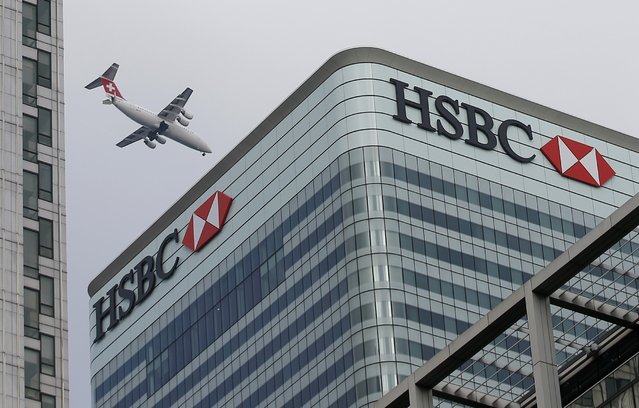 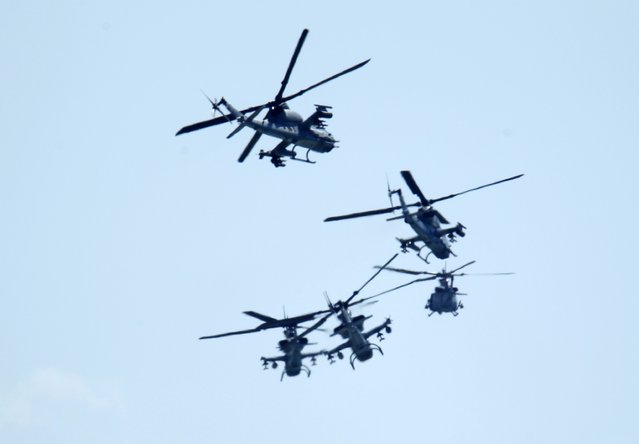 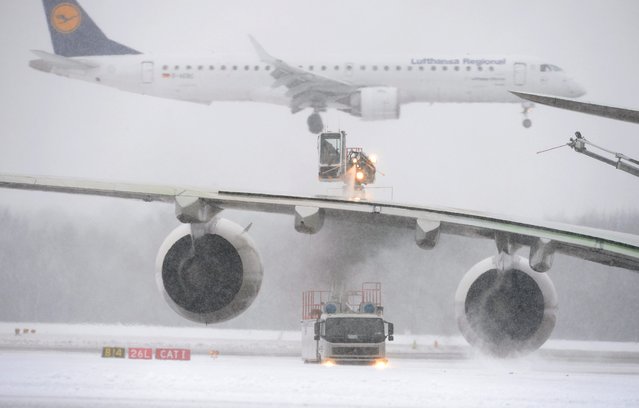 An airplane is cleared of snow and ice, while an airplane lands in the background at the snowcapped airport in Munich, Germany, 30 December 2014. (Photo by Andreas Gebert/EPA) 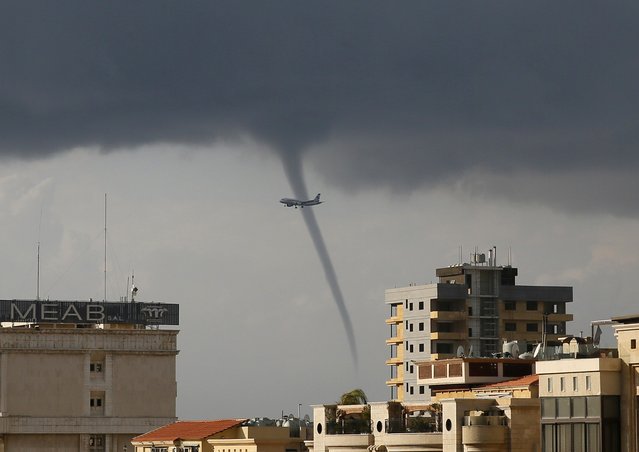 A waterspout forms over the Mediterranean Sea as a passenger jet descents to land at Beirut-Rafic Hariri International Airport in Beirut January 1, 2015. (Photo by Jamal Saidi/Reuters) 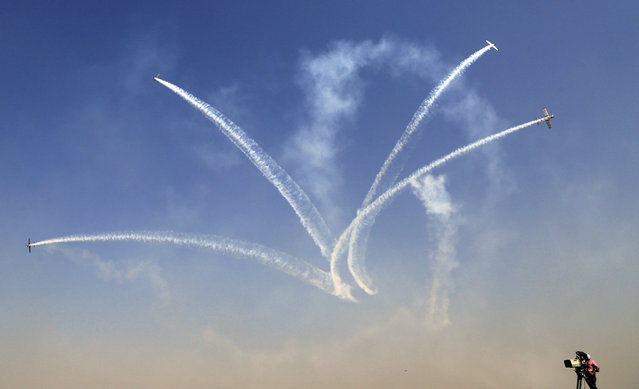 A cameraman films as Russian aerobatic team Yakovlev performs at the inaugural function of Aero India 2015 at Yelahanka air base in Bangalore, India, Wednesday, February 18, 2015. (Photo by Aijaz Rahi/AP Photo) 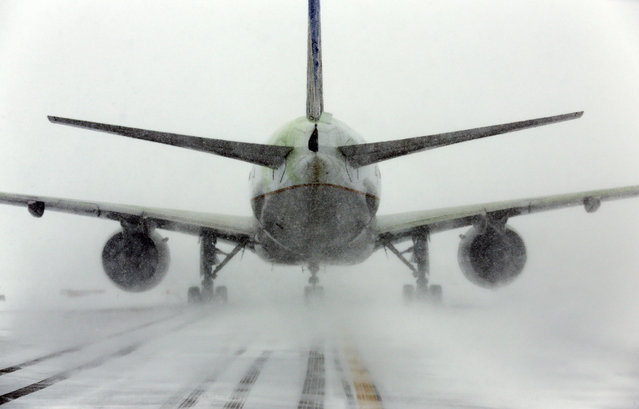