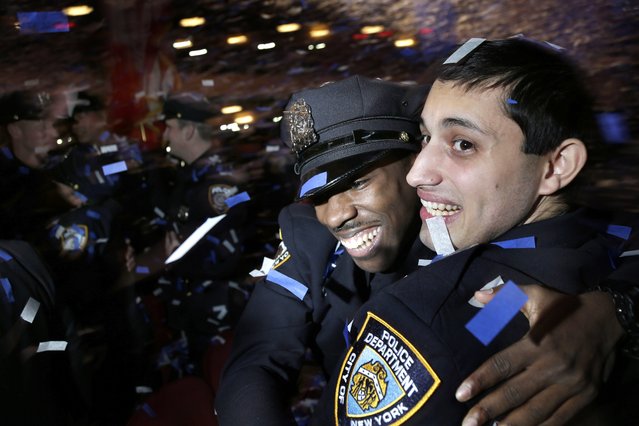 New police officers hug and celebrate amidst confetti during their graduation ceremony at the Beacon Theatre in New York, Thursday, December 28, 2017. The new recruits will join approximately 36,000 other police officers on the largest police force in the United States. (Photo by Seth Wenig/AP Photo) 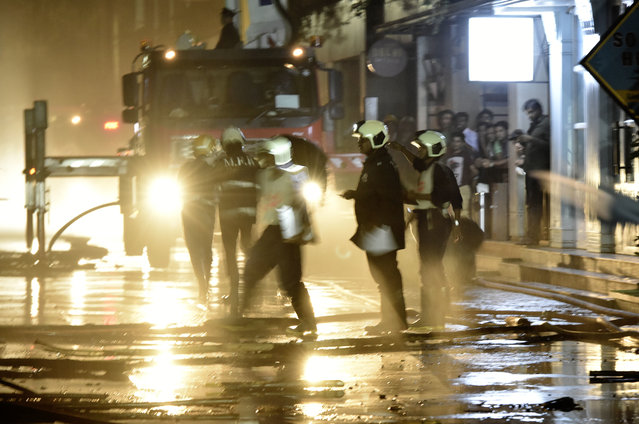 People dressed as Santa Claus ride their bicycles through the streets of Tbilisi on December 28, 2017. (Photo by Vano Shlamov/AFP Photo) 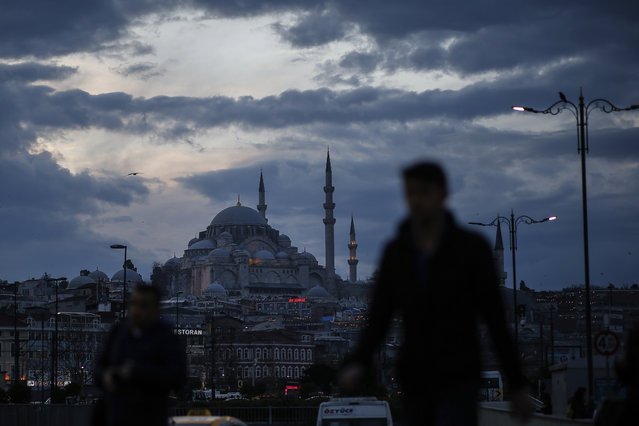 Backdropped by the Suleymaniye Mosque people walk on the Galata Bridge over Istanbul's Golden Horn, in Istanbul, Thursday, December 28, 2017. Turkey's President Recep Tayyip Erdogan says he wants to mend strained ties with several European nations, saying Turkey is forced to “decrease the number of enemies and increase friends”. European nations have balked at the deteriorating state of human rights and democratic institutions in Turkey, especially in the wake of last year's failed military coup. (Photo by Emrah Gurel/AP Photo) 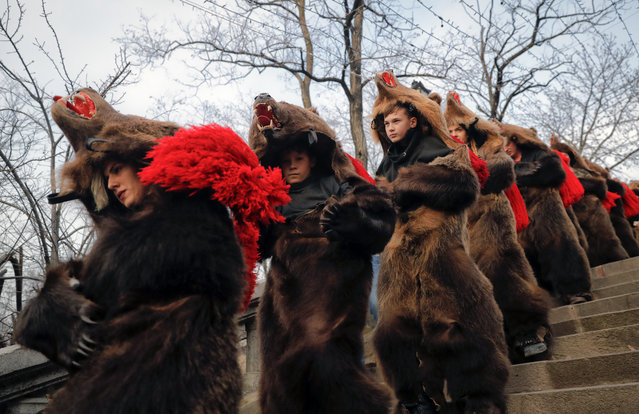 Youngsters wearing bear costumes dance during an annual ritual in Piatra Neamt, northern Romania, Thursday, December 28, 2017. The tradition, which originates in pre-Christian times when dancers wearing colored costumes or animal furs went from house to house in villages singing and dancing to ward off evil, has moved to Romania's cities, where dancers travel to perform the ritual for money. (Photo by Vadim Ghirda/AP Photo) 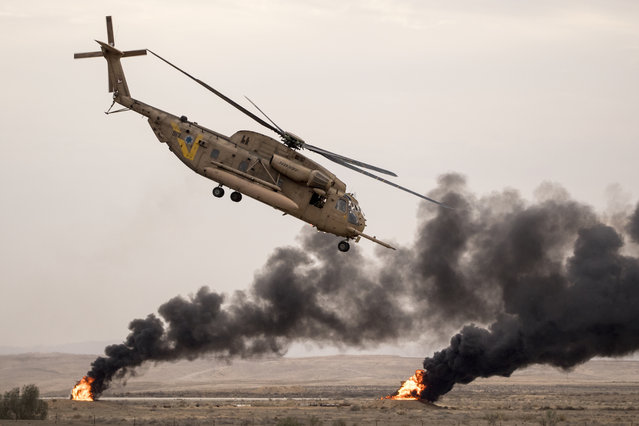 An Israeli Sikorsky CH-53K helicopter performs during an air show at the graduation ceremony of Israeli air force pilots at the Hatzerim Israeli Air Force base in the Negev desert, near the southern Israeli city of Beer Sheva, on December 27, 2017. (Photo by Jack Guez/AFP Photo) 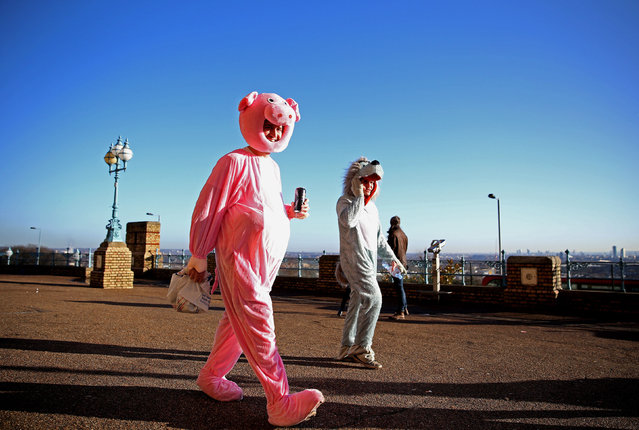 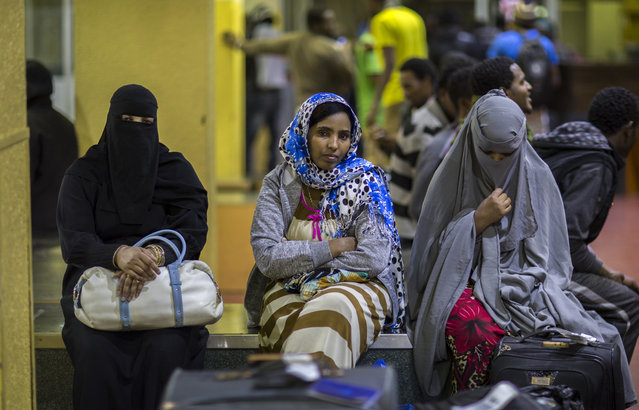 In this photo taken Friday, December 22, 2017, Ethiopian women sit on a luggage conveyor belt as they wait for family members after being deported from Saudi Arabia, at the airport in Addis Ababa, Ethiopia. Undocumented Ethiopian migrants who are being forcibly deported from Saudi Arabia by the thousands in a new crackdown say they were mistreated by authorities while detained. (Photo by Mulugeta Ayene/AP Photo) 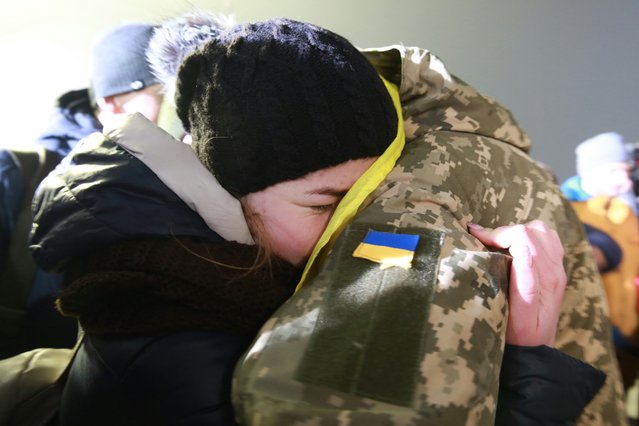 People celebrate during the arrival of released soldiers of the Ukrainian Armed Forces at the Boryspil (Borispol) Airport; 73 soldiers of the Ukrainian Armed Forces have been released in exchange for 233 fighters of the Donetsk People' s Republic and the Lugansk People' s Republic at Mayorsk crossing near Gorlovka (Horlivka) in east Ukraine as part of an agreement proposed by Ukrainian politician Viktor Medvedchuk who visited Russia in November 2017. (Photo by Serhiy Nuzhnenko/RFE/RL) 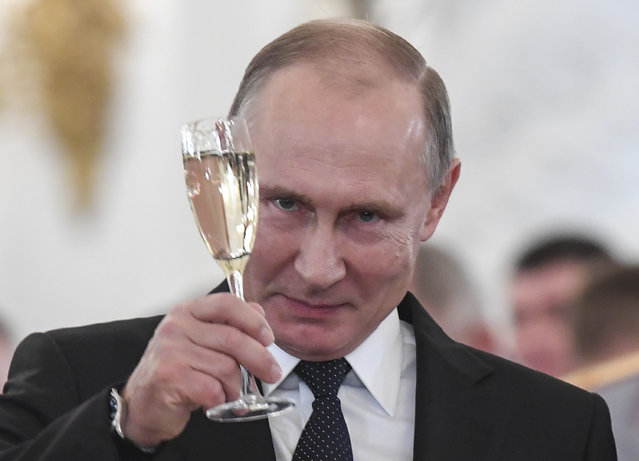 Russian President Vladimir Putin makes a toast during an award ceremony in the Kremlin, in Moscow, Russia, Thursday, December 28, 2017, for Russian Armed Forces service personnel who took part in the anti-terrorist operation in Syria. Putin said at Thursday's award ceremony that Wednesday's explosion at a supermarket in the country's second-largest city was a terrorist attack. (Photo by Kirill Kudryavtsev/Pool Photo via AP Photo) 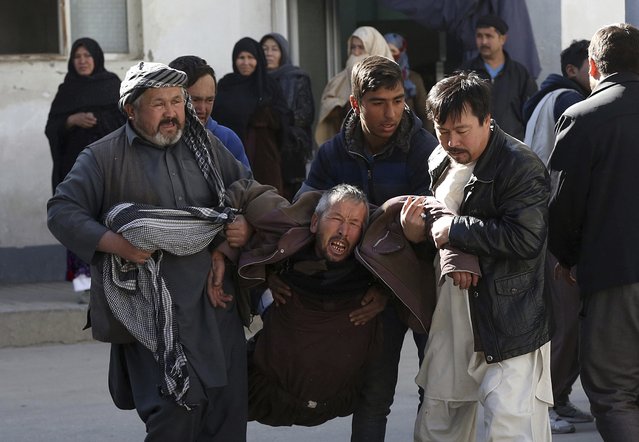 A stag deer stands in the road in Richmond Park, in west London, Britain, December 27, 2017. (Photo by Hannah McKay/Reuters) 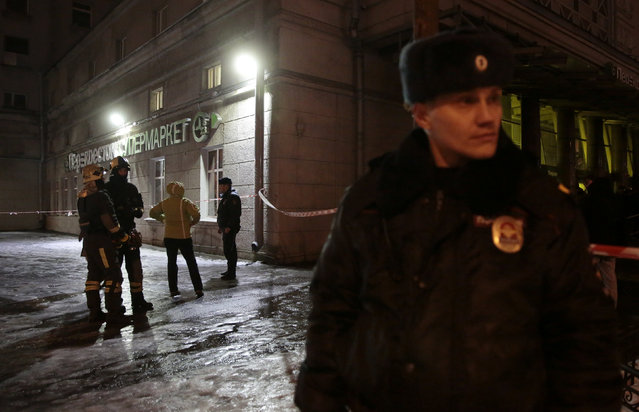 Emergency Ministry members and policemen are seen outside a supermarket after an explosion in St Petersburg, Russia December 27, 2017. (Photo by Anton Vaganov/Reuters) 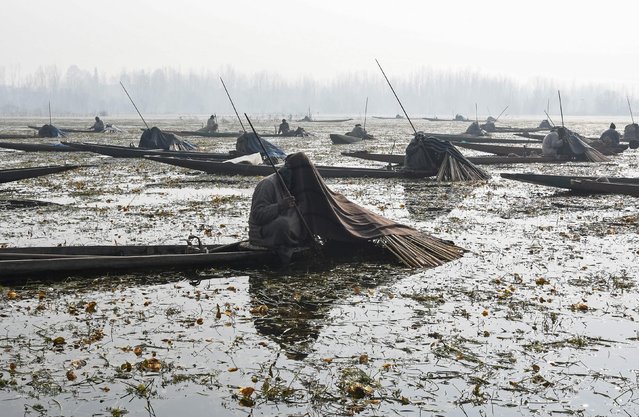 Indian Kashmiri fishermen catch fish with harpoons in Anchar Lake on the outskirts of Srinagar on December 28, 2017. The fishermen cover their heads and part of their boats with blankets and straw as part of their tactics to catch fish in the waters of the lake. (Photo by Tauseef Mustafa/AFP Photo) 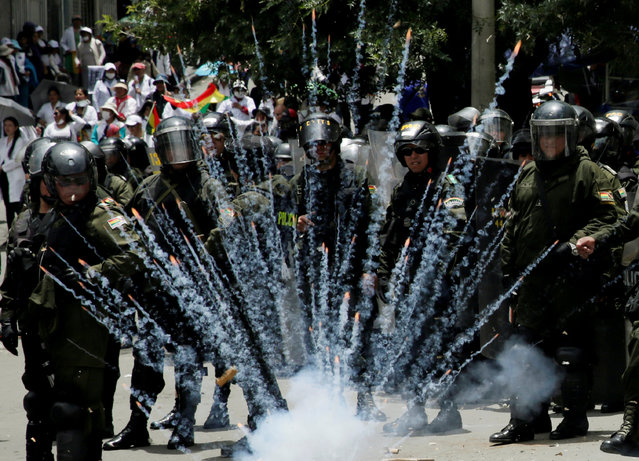 A privately-owned Dassault Falcon 7X business jet aircraft is seen after it was blown off the airport apron and into an adjacent building as strong winds hit the Maltese islands, according to local media, at Malta International Airport in Luqa, Malta, December 27, 2017. (Photo by Darrin Zammit Lupi/Reuters) 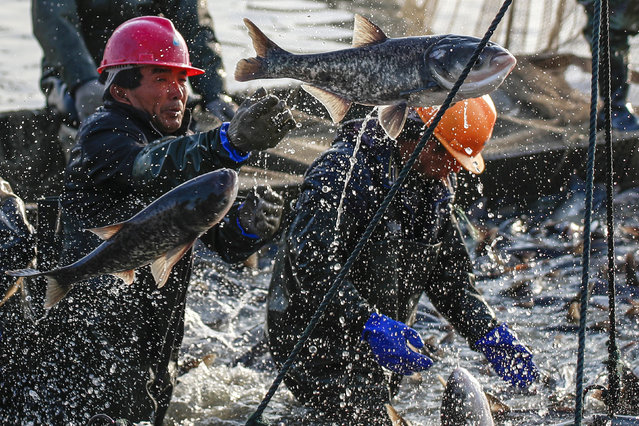 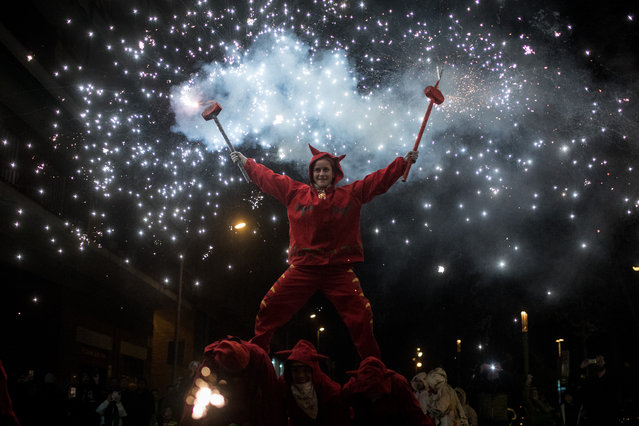 A woman dressed as a devil dances in the street under fire torches during the festival, Nit de Llufes on December 28, 2017 in Barcelona, Spain. People dance and perform in the streets with fire torches to mark the Day of the Innocents. (Photo by Chris McGrath/Getty Images) 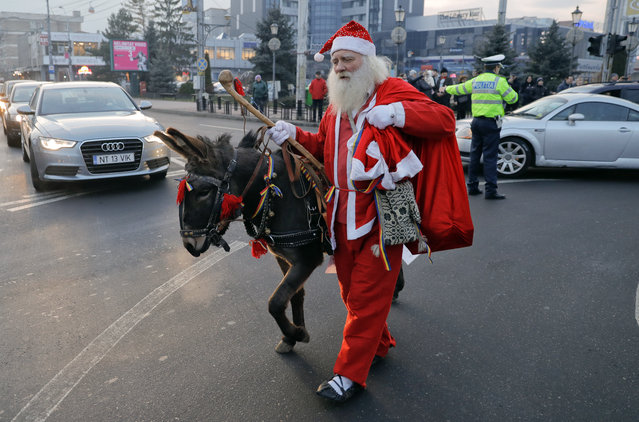