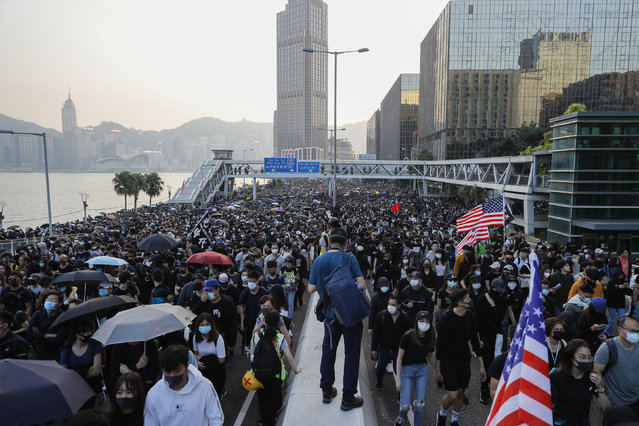 Pro-democracy protesters march on a street during a rally in Hong Kong, Sunday, December 1, 2019. A huge crowd took to the streets of Hong Kong on Sunday, some driven back by tear gas, to demand more democracy and an investigation into the use of force to crack down on the six-month-long anti-government demonstrations. (Photo by Vincent Thian/AP Photo) 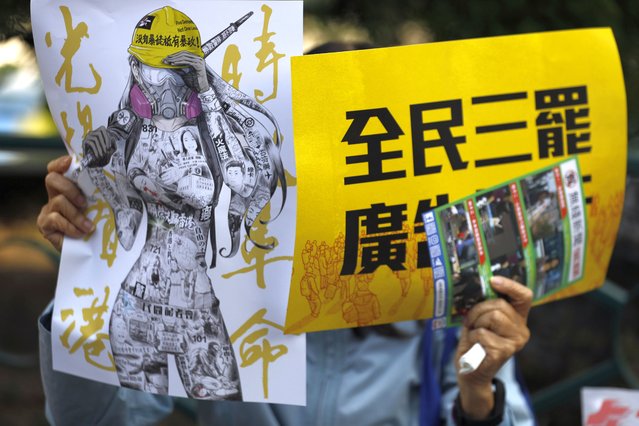 An anti-government supporter holds up banners during a rally by the advertising industry in Hong Kong on Monday, December 2, 2019. Several hundred people who work in advertising in Hong Kong say they will strike this week to support the anti-government protests in the semi-autonomous Chinese territory. The banner, right, read “Advertising Industry joins all citizens three boycotts”. (Photo by Vincent Thian/AP Photo) 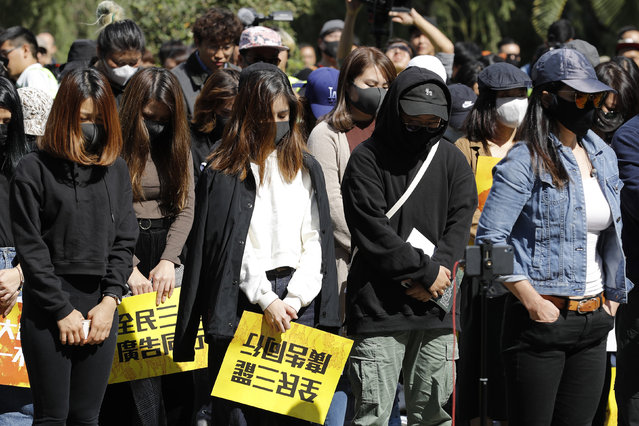 Pro-democracy supporters pause during a rally by the advertising industry in Hong Kong on Monday, December 2, 2019. (Photo by Vincent Thian/AP Photo) 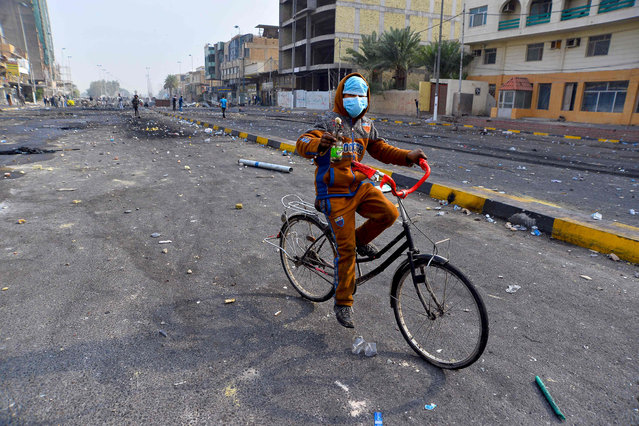 An Iraqi protester carries a petrol bomb as he rides a bike in the southern Iraqi Shiite holy city of Najaf on December 1, 2019. Protesters have hit the streets since early October in the largest grassroots movement Iraq has seen in decades, sparked by fury at poor public services, lack of jobs and widespread government graft. Security forces and armed groups responded with violence to demonstrations, killing more than 420 people and wounding 15,000, according to an AFP tally compiled from medics and an Iraqi rights commission. (Photo by Haidar Hamdani/AFP Photo) 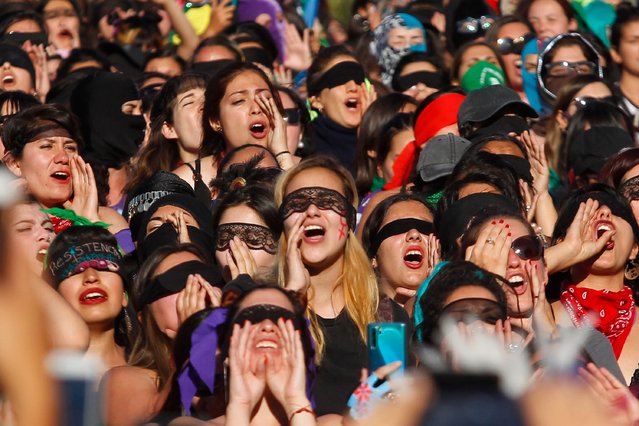 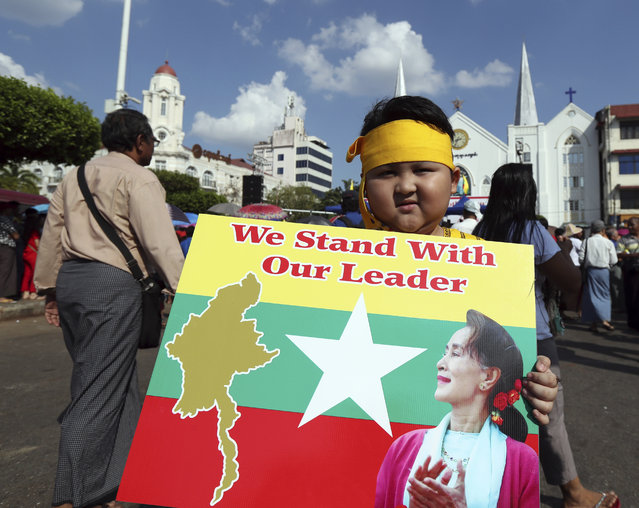 A boy with Karen ethnic attire holds placard with picture of Myanmar leader Aung San Suu Kyi during a rally Sunday, December 1, 2019, in Yangon, Myanmar. About 700 people rallied Sunday to show support for Myanmar’s leader, Aung San Suu Kyi, as she prepares to defend the country against charges of genocide at the U.N.’s highest court. (Photo by Thein Zaw/AP Photo) 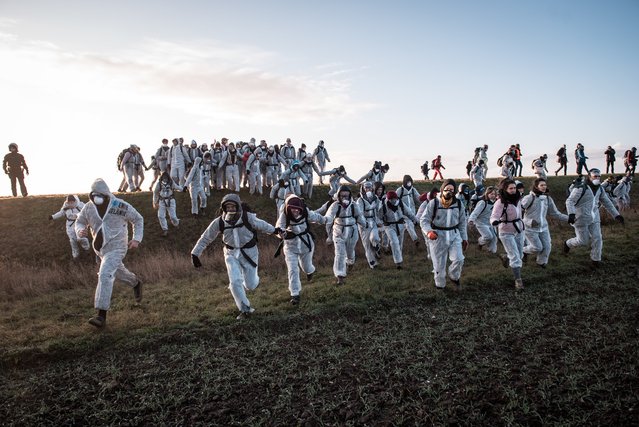 Climate activists block the opencast mine Vereinigtes Schleenhain south of Leipzig in Germany on November 30, 2019. According to the alliance “Ende Gelände”, up to 1200 people had gathered in the district. At the Schleenhain and Jänschwalde opencast mines, various climate protests are planned for the weekend. (Photo by Tim Wagner/Imago) 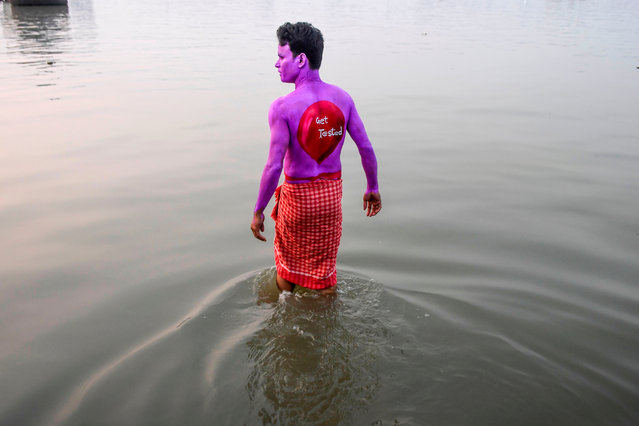 A volunteer goes into water to wash his painted body after he participated in an awareness event on the eve of the “World AIDS Day” in Kolkata on November 30, 2019. (Photo by Dibyangshu Sarkar/AFP Photo) 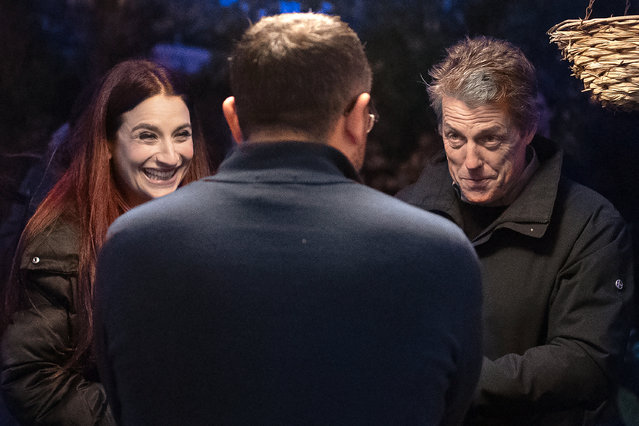 Actor Hugh Grant and Liberal Democrat Luciana Berger (L) speak to a local resident during a campaign event in Finchley on December 1, 2019 in London, England. UK voters are set to go to the polls on December 12 in the country's third general election in less than five years. (Photo by Leon Neal/Getty Images) 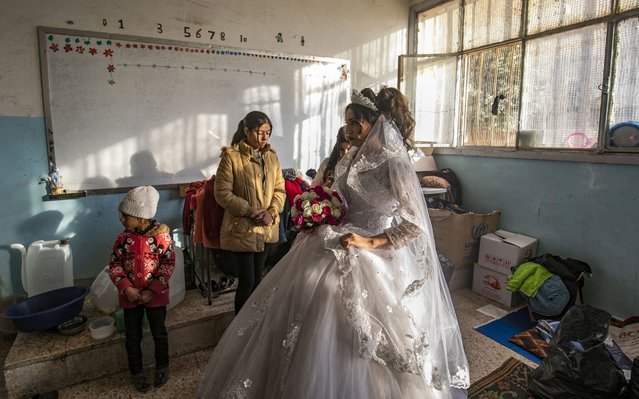 Hanan, a displaced Syrian woman wears her wedding dress at her temporary home, a school building transformed into a makeshift shelter, before being wed to Mohammad in the northern Syrian city of Hasakeh on December 1, 2019. Hanan and Mohammad fled with their families from the northeastern town of Ras al-Ain following the Turkish offensive against the Kurdish-dominated region, were wedded after being in love for three years. (Photo by Delil Souleiman/AFP Photo) 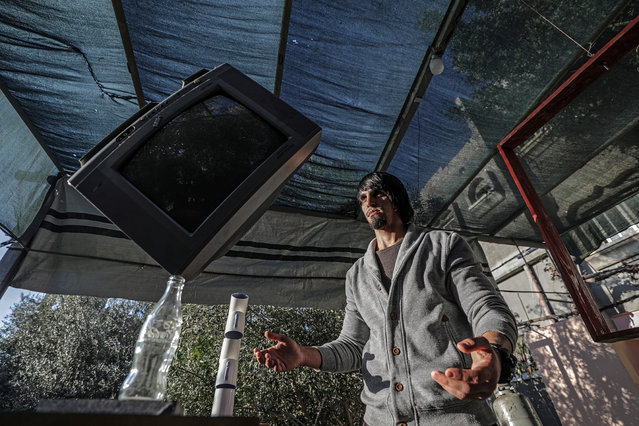 Mohammed Al-Shinbari, 24, balances objects using what he calls a mix of mind and body, in his family house in Beit Hanun town in the northern Gaza Strip, 30 November 2019. Al-Shinbari says he can put almost any object in balance. (Photo by Mohammed Saber/EPA/EFE) 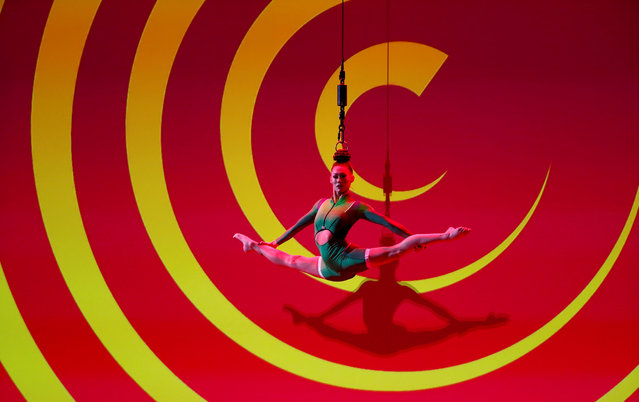 An artist performs before the ahead of the Euro 2020 Finals Draw football competition in Bucharest, Romania on November 30, 2019. (Photo by Kai Pfaffenbach/Reuters) 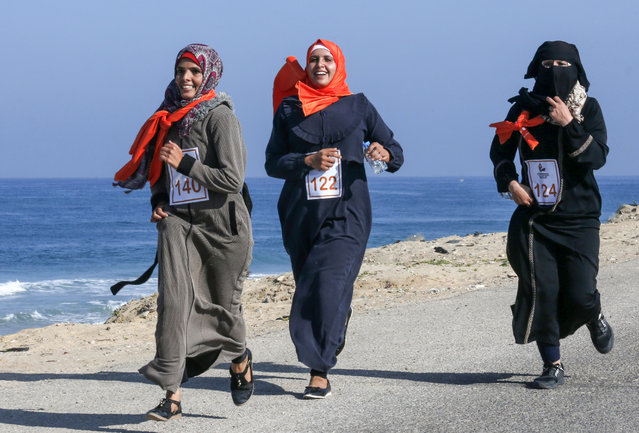 Palestinian women take part in a marathon calling for an end to violence against women, in Khan Yunis in the southern Gaza Strip on December 1, 2019. (Photo by Said Khatib/AFP Photo) 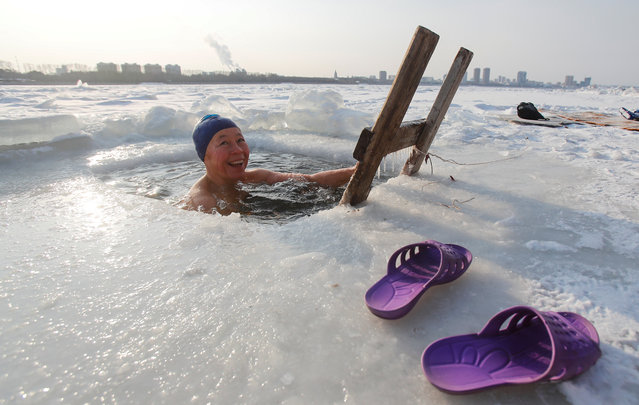