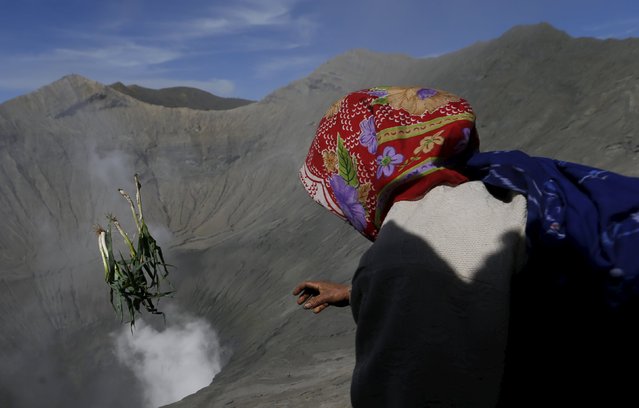 A Hindu worshipper throws vegetables into the crater as offerings during the Kasada Festival at Mount Bromo in Probolinggo, Indonesia's East Java province, August 1, 2015. Every year people gather for the annual festival where offerings of rice, fruit, vegetables, livestock or money are made to Hindu gods at the active volcano to ask for blessings and assure a bountiful harvest. (Photo by Reuters/Beawiharta)
Details
02 Aug 2015 12:34:00,post received 0 comments
Fact Indonesia's Mount Sinabung Erupts Again 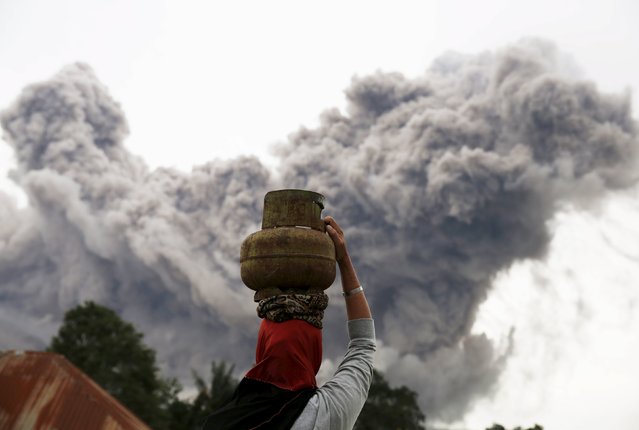 A resident carries a gas canister as an ash cloud hovers above during an eruption of Mount Sinabung volcano at Tiga Serangkai village in Karo Regency, North Sumatra province, Indonesia June 24, 2015. More than 10,000 people from 12 villages, who are living around the slopes of Mount Sinabung, left their homes and moved to refugee camps, local media reported. (Photo by Reuters/Beawiharta)
Details
27 Jun 2015 13:30:00,post received 0 comments
Fact Kasada Festival at Mount Bromo in Indonesia 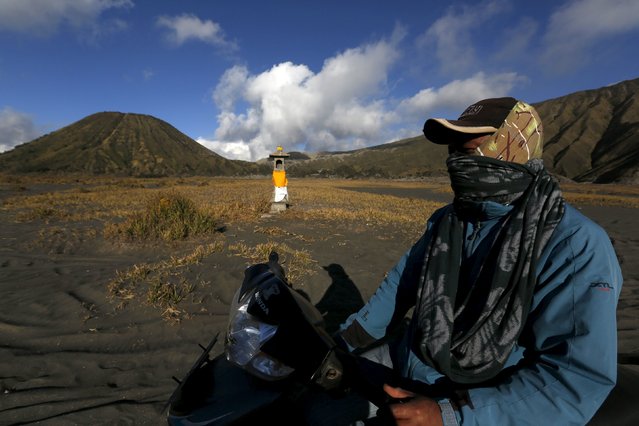 A Hindu villager rides a motorcycle past an altar ahead of the annual Kasada festival at the Mount Bromo in Indonesia's East Java province, July 30, 2015. The Kasada festival will be held on August 1, when the worshippers throw offerings such as livestock and other crops into the volcanic crater of Mount Bromo to give thanks to the Hindu gods for ensuring their safety and prosperity. (Photo by Reuters/Beawiharta)
Details
31 Jul 2015 11:25:00,post received 0 comments
Fact Mount Etna Lights up Sicily 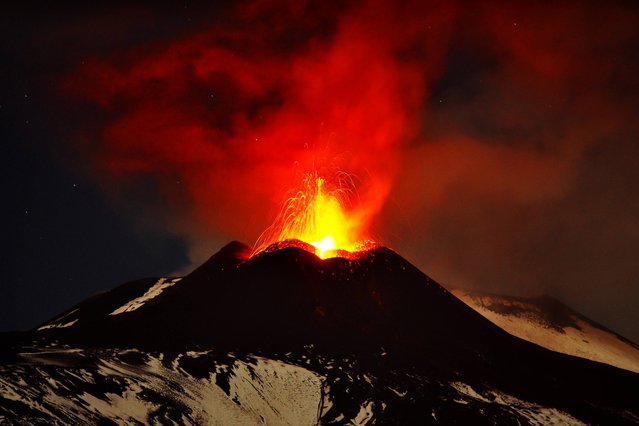 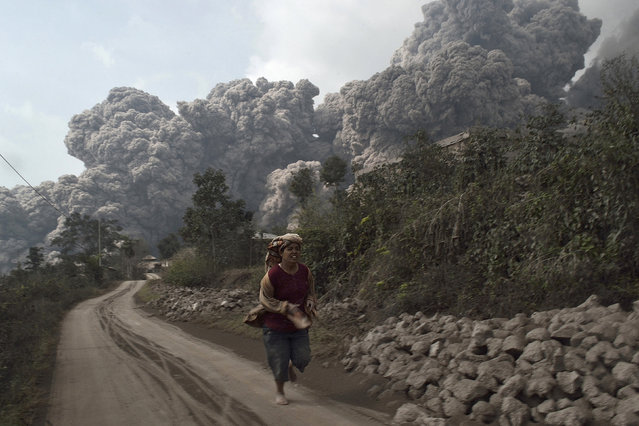 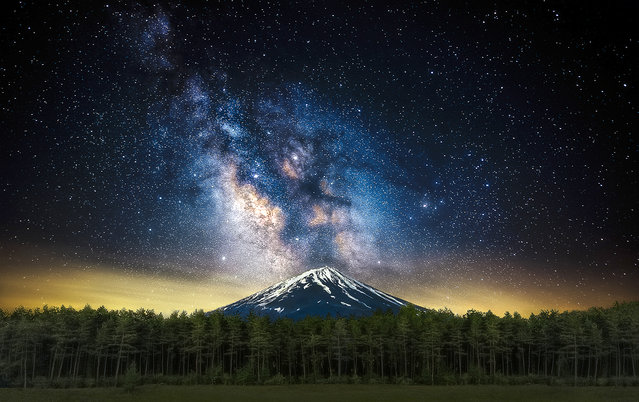 This is the mesmerising image of a colourful Milky Way shining down on Mount Fuji. Steve Lance Lee, 37, captured the sky above the iconic mountain whilst on his honey moon in Lake Kawaguchiko, Japan. Mount Fuji is illuminated underneath the galaxy of stars, creating an impressive landscape. Here: The beautiful image captured by Steve Lance Lee of the Milky Way seemingly errupting from Mt. Fuji in Japan. (Photo by Steve Lance Lee/Caters News)
Details
14 Oct 2017 09:29:00,post received 0 comments
Touching Discovering Venezuela's Lost World 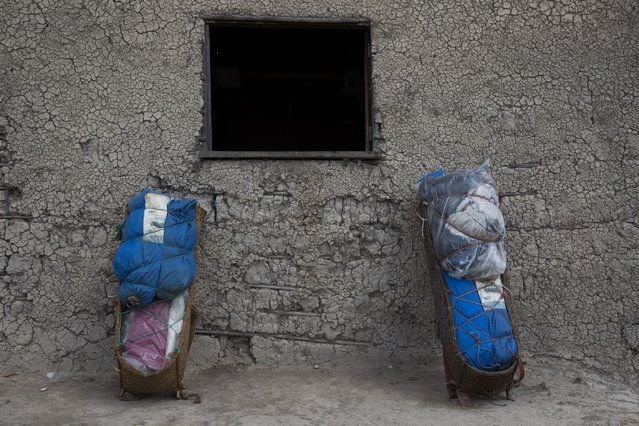 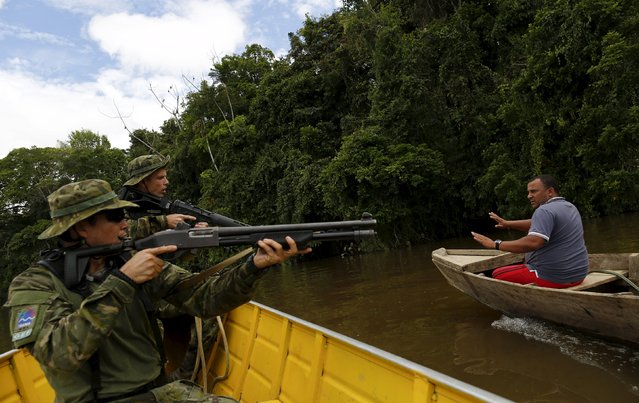 A gold prospector is detained by agents of Brazil’s environmental agency on the Uraricoera River during an operation against illegal gold mining on indigenous land, in the heart of the Amazon rainforest, in Roraima state, Brazil April 15, 2016. At over 9.5 million hectares, the Yanomami territory is twice the size of Switzerland and home to around 27,000 indians. The land has legally belonged to the Yanomami since 1992, but illegal miners continue to plague the area, sawing down trees and poisoning rivers with mercury in their lust for gold. (Photo by Bruno Kelly/Reuters)
Details
27 Apr 2016 10:01:00,post received 0 comments
Popular tags:
All tags
Last searches: