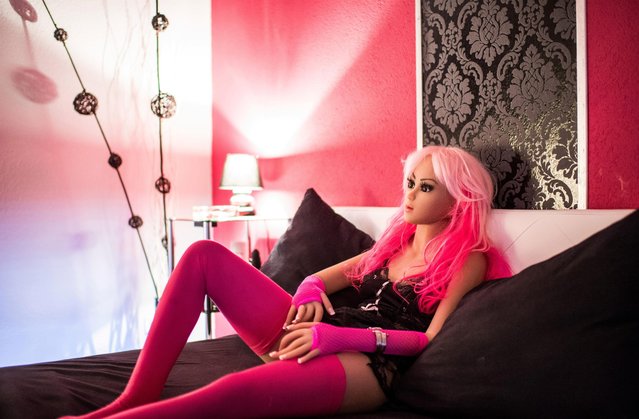 “Jessica”, a silicon sеx doll for sexual encounters lies on a bed at the “Bordoll” brothel on April 17, 2019 in Dortmund, Germany. Bordoll is Germany's first brothel to specialize in sеx dolls. It currently offers 13 female dolls and one male doll and will soon be expanding its female line-up. Schwarz says “sеx dolls are so popular because the client can do what he wants to and nobody complains”. (Photo by Lukas Schulze/Bongarts/Getty Images)
Details
19 Apr 2018 00:03:00,post received 0 comments
Fact France's First Sex Dolls Brothel 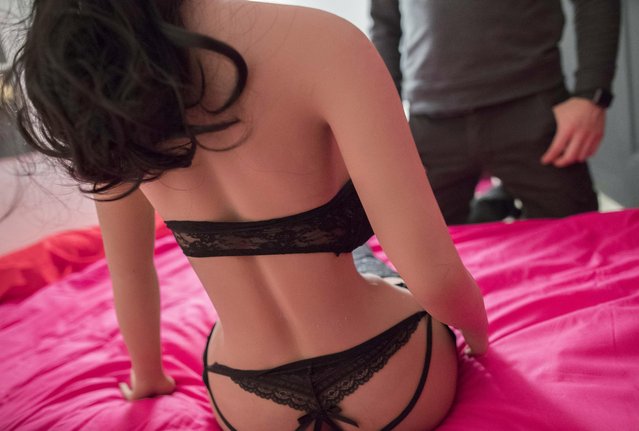 France s first brothel featuring sеx dolls opened on January 29, 2018 in Paris, France. The brothel has several rooms where customers can purchase the services of a silicone sеx doll instead of a prostitute. Several models of dolls are available. (Photo by Christophe Bertolin/IP3/Getty Images)
Details
31 Jan 2018 05:34:00,post received 0 comments
Fact Inside the Chinese Sex Doll Factory 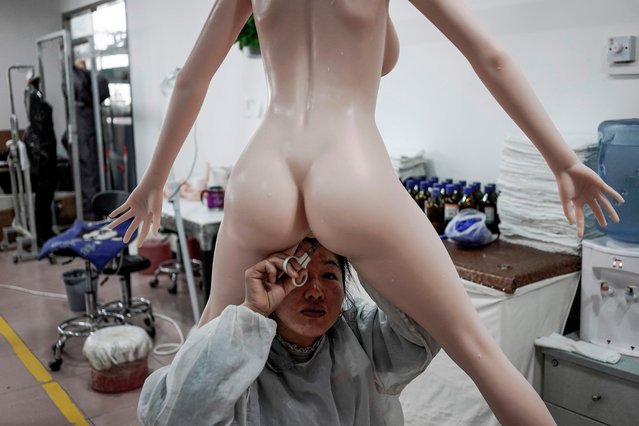 This photo taken on February 1, 2018 shows a worker trimming the skin imperfections of a silicone doll at a factory of EXDOLL, a firm based in the northeastern Chinese port city of Dalian. With China facing a massive gender gap and a greying population, a company wants to hook up lonely men and retirees with a new kind of companion: “Smart” sеx dolls that can talk, play music and turn on dishwashers. (Photo by Fred Dufour/AFP Photo)
Details
05 Feb 2018 06:41:00,post received 0 comments
Wow Real Life Doll Wang Jiayun 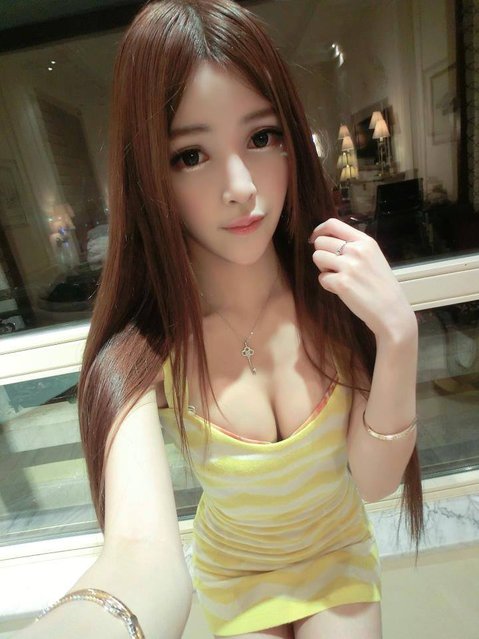 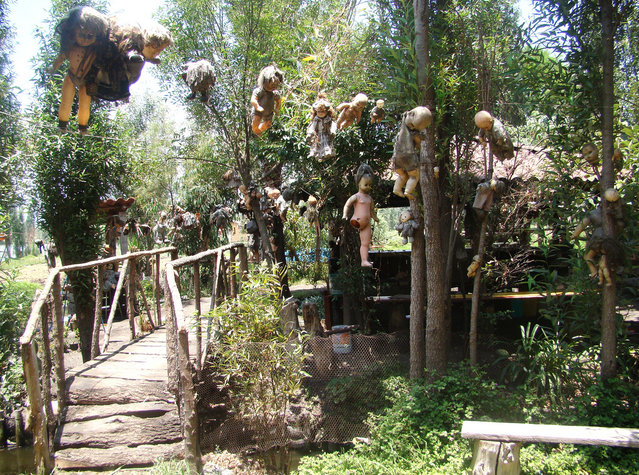 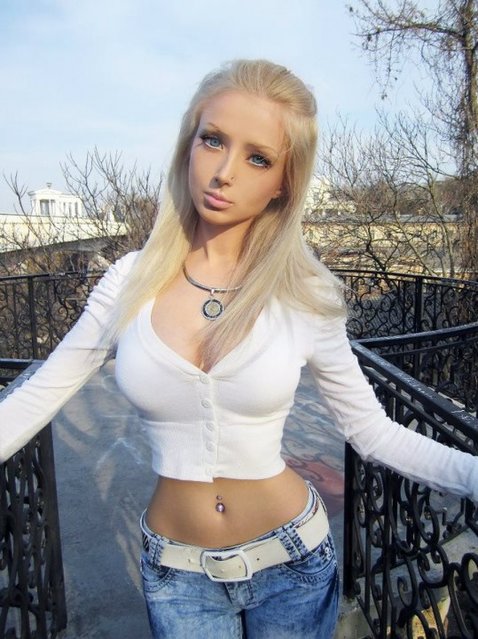 This is a “swami” - Valeria Lukyanova (born August 23, 1985), from Odessa, Ukraine. Her other names: Naamah (Нахема; Na'amah (Hebrew: נעמה‎) – is a demonic legendary creature, the mother of divination), Amatue, Nagval and Goddess (бАгиня). She is fond of esoteric, believes that 2012 will be the end of the world, and waits for the planet Nibiru (I'm not kidding). This girl had amused the Russian-language Internet (because the Russians are cynical and heartless people). IMHO she is very beautiful (technical characteristics – Chest: 88cm (34,64 in; may be longer already); Waist: 47cm (18,5 in; may be lesser already) and Hips: 88cm (34,64 in)). Enjoy. (Photos by Valeria Lukyanova)
Details
06 Aug 2012 11:35:00,post received 0 comments
Fact Thai “Child Angel” Dolls, Part 2 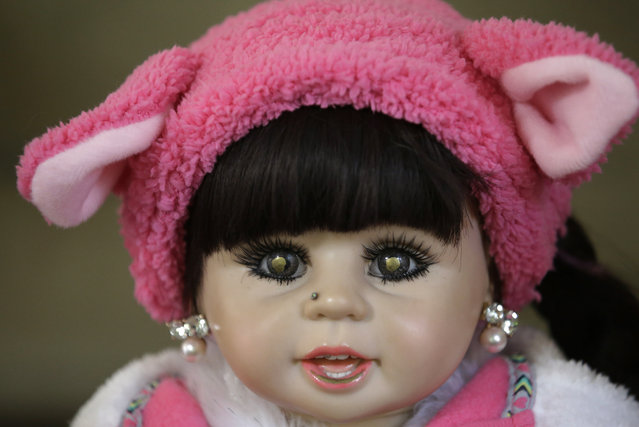 In this Thursday, January 28, 2016 photo, a “child angel” doll sits on a chair in Bangkok, Thailand. The dolls, which are said to bring good luck to their owners, became a media sensation this week after a leaked memo from a Thai budget airline gave pointers on how they could be treated like passengers if they have a paid-for seat. Thai people are superstitious, and the doll phenomenon has been analyzed as a modern version of a traditional totem containing real body parts, but as a fad it seems have more in common with Furby dolls. (Photo by Sakchai Lalit/AP Photo)
Details
30 Jan 2016 14:07:00,post received 0 comments
Disgusting The Cast Of Russian Dolls Visits The Chaunce Hayden Show 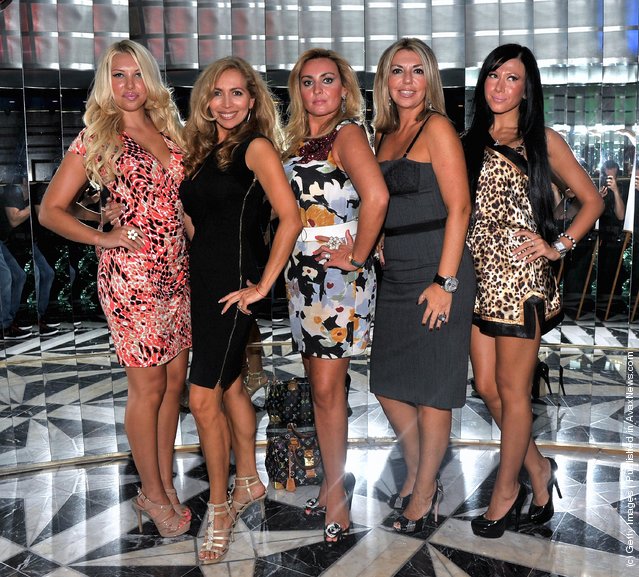