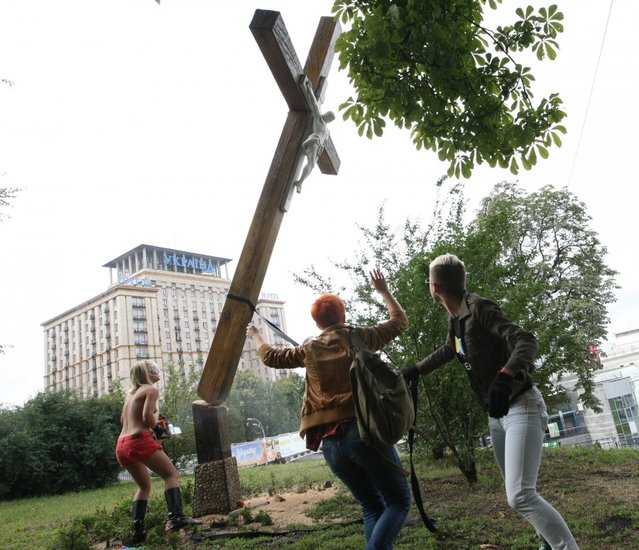 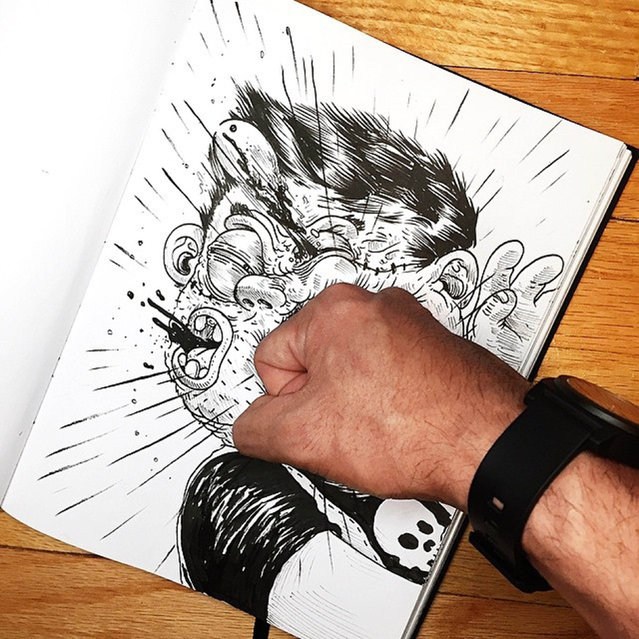 A quirky cartoonist challenged his own creation to a fight – but he could only draw. US artist Alex Solis, 31, from Chicago, Illinois, drew his skull t-shirt-wearing alter ego, who he calls Chuck, smashing his phone and stabbing his finger in his Inkteraction pictures. But Alex got his own back with a punch to Chucks jaw before squashing him against the bottom of the page. The ink man tried to get under Chucks skin to win the fight by stretching and pulling the cartoons face as the drawings became more bloody. (Photo by Alex Solis/Caters News)
Details
23 Feb 2015 12:39:00,post received 0 comments
Touching Some Photos: Caribbean Dive 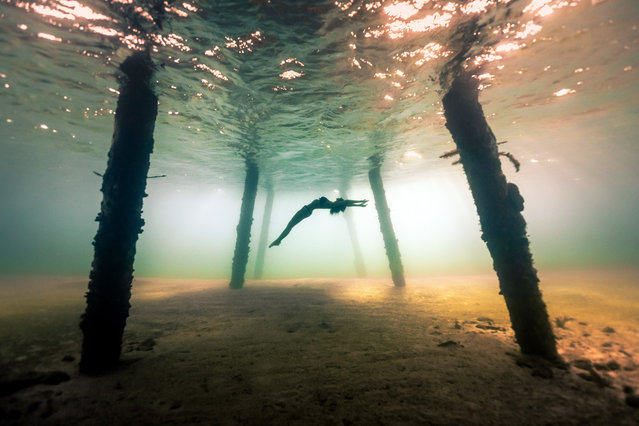 A series of beautiful shots of divers swimming near sunken ships have emerged. Alex Voyer, 39, was sailing around the Caribbean on a 60-foot boat when he stopped for a dive. The images show amazing shipwrecks as free divers explore the seabed. Here: A diver swims in the shallow water under a pier. (Photo by Alex Voyer/Caters News Agency)
Details
27 Aug 2018 00:03:00,post received 0 comments
Fact A Look at Life in USA 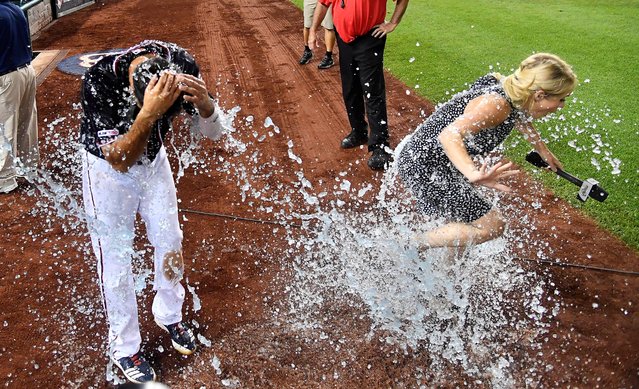 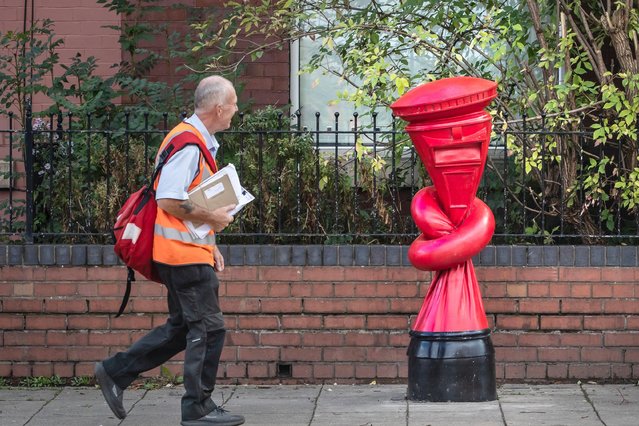 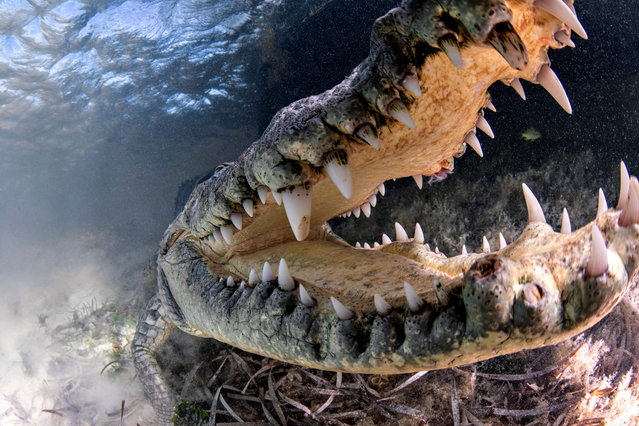 A photographer with a passion for wild animals was able to get up close and personal with one of nature’s deadliest creatures. Alex Suh has traveled to Mexico’s Banco Chinchorro reef twice in the past three years to get into the waters and capture the crocodiles in their natural habitat after an invitation from Yucatan Dive Trek. (Photo by Alex Suh/Caters News Agency)
Details
24 Aug 2018 00:01:00,post received 0 comments
Touching “Perfect Imperfection” 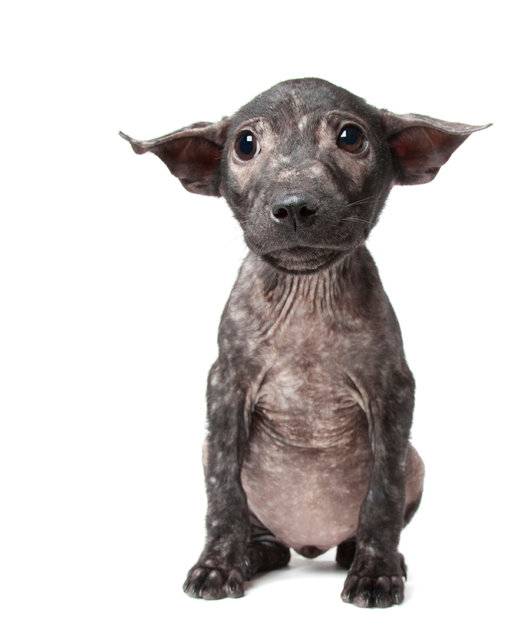 For her book “Perfect Imperfection”, the Australian pet photographer Alex Cearns set out to capture the personalities of animals who adapt to their damaged or different bodies without complaint. Part of the proceeds from sales of Perfect Imperfection go to the Australian Animal Cancer Foundation. Here: “Bali Pip”. Bali street dog. Had the skin condition mange. (Photo by Alex Cearns/The Guardian)
Details
06 Apr 2018 00:03:00,post received 0 comments
Fact The Day in Photos – June 29, 2015 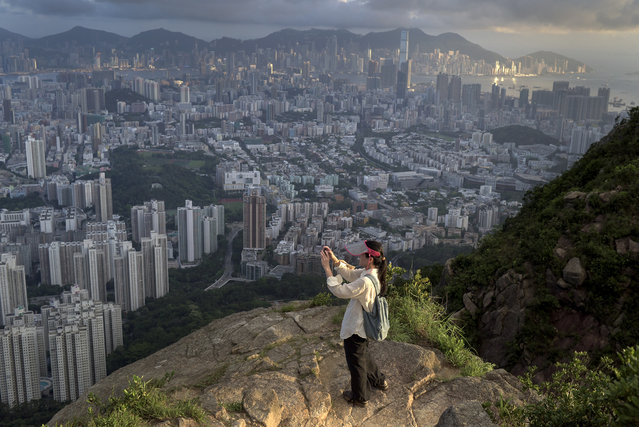 In this photograph taken on June 28, 2015, a hiker in Hong Kong takes a picture of the city from a walking trail. The southern Chinese territory is crisscrossed by more than 180 miles of designated hiking trails. (Photo by Alex Ogle/AFP Photo)
Details
30 Jun 2015 12:47:00,post received 0 comments
Popular tags:
All tags
Last searches: