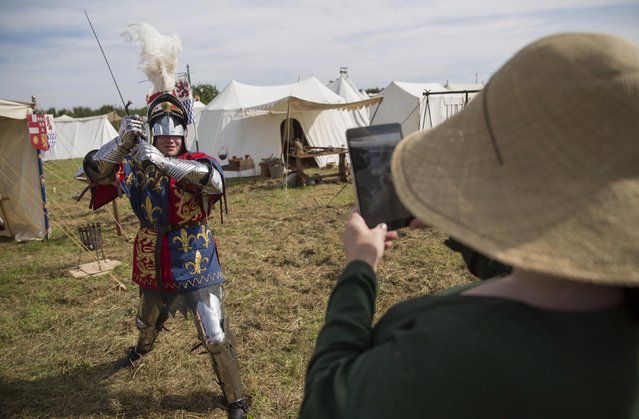 A historical re-enactor poses for a photograph in a living history camp as he prepares to take part in an anniversary event for the Battle of Bosworth near Market Bosworth in central Britain August 22, 2015. The Battle of Bosworth took place in 1485 during the War of the Roses between the Houses of Lancaster and the House of York. King Richard III was defeated by Henry Tudor marking the end of Plantagenet rule and the beginning of the Tudor dynasty. (Photo by Neil Hall/Reuters)
Details
23 Aug 2015 09:55:00,post received 0 comments
Fact Battle with ISIS 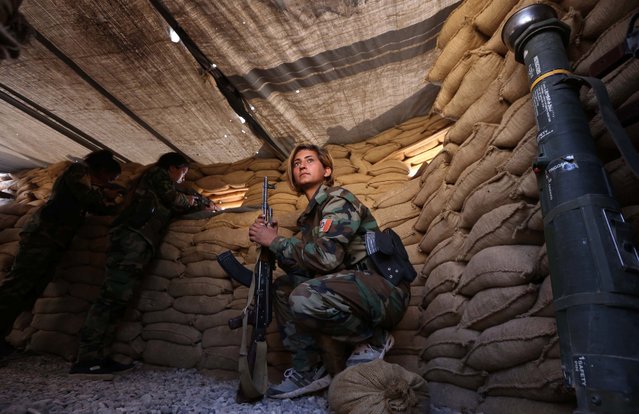 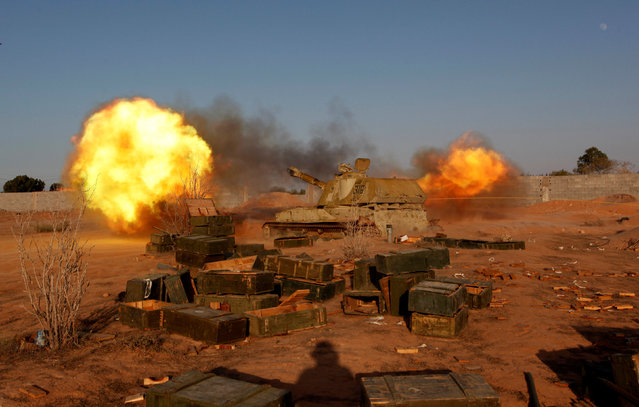 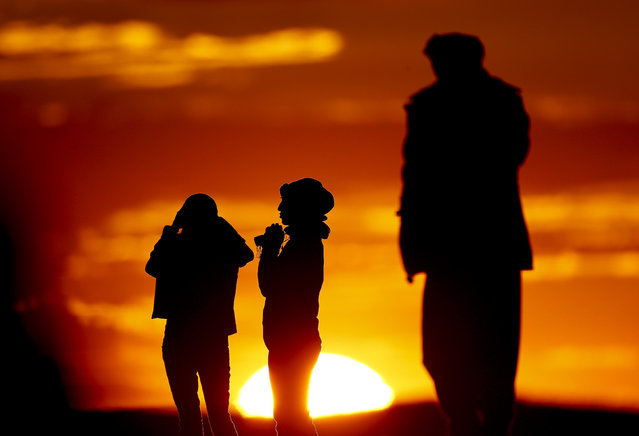 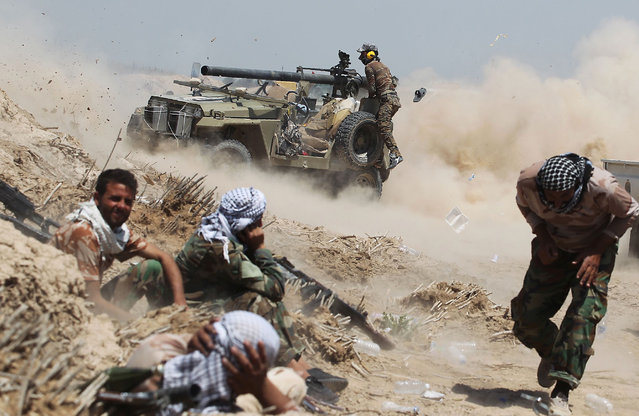 Iraqi pro-government forces fire an anti-tank cannon near al-Sejar village, north-east of Fallujah, on May 25, 2016, as they take part in a major assault to retake the city from the Islamic State (IS) group. Iraqi forces, consisting of special forces, soldiers, police, paramilitary-fighters and pro-government tribesmen, launched a major assault to retake Fallujah, the scene of deadly battles during the US occupation and one of the toughest targets yet in Baghdad's war on the Islamic State group. (Photo by Ahmad Al-Rubaye/AFP Photo)
Details
26 May 2016 12:42:00,post received 0 comments
Fact “Battle of Areces” 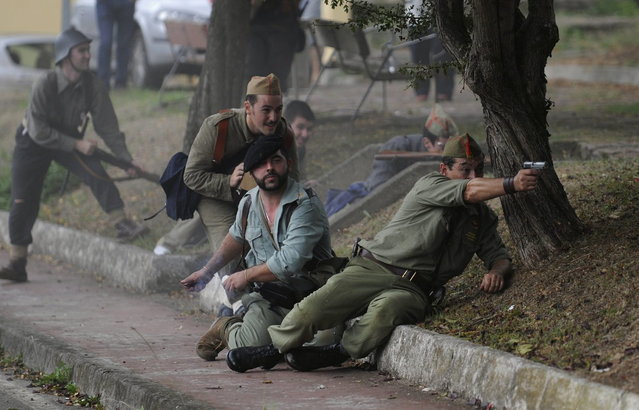 “The Spanish Civil War (The Crusade among Nationalists, Fourth Carlist War among Carlists, The Rebellion or Uprising among Republicans) was a major conflict fought in Spain from 17 July 1936 to 1 April 1939. An estimated total of 500,000 people lost their lives as a consequence of the War”. – Wikipedia. Photo: Actors take part in a re-enactment of the “Battle of Areces” that took place during the Spanish Civil War, in Grullos, north of Spain, September 14, 2013. The re-enactment of the historic 1937 battle was organised by the Frente del Nalon Association. (Photo by Eloy Alonso/Reuters)
Details
17 Sep 2013 09:06:00,post received 0 comments
Fact Battle of Falluja 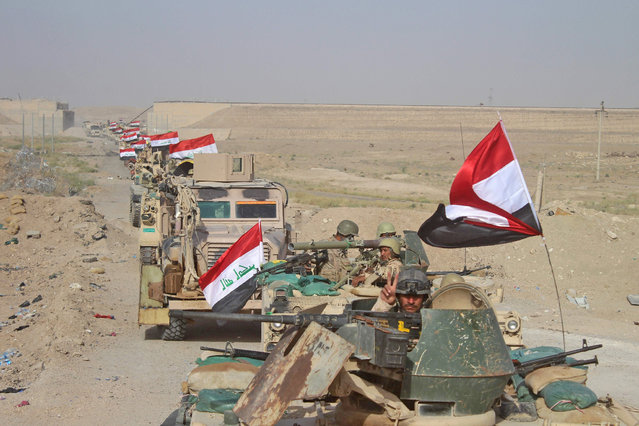 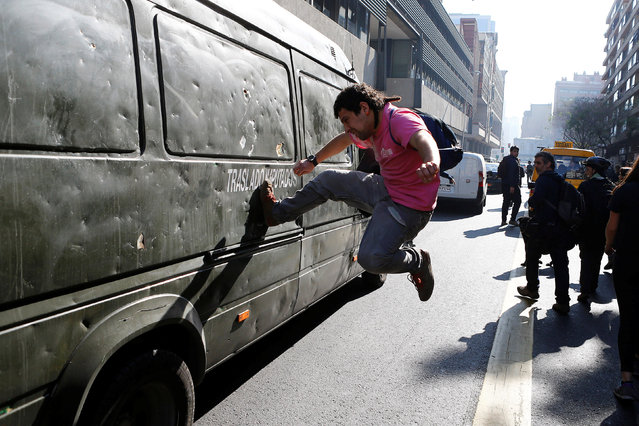