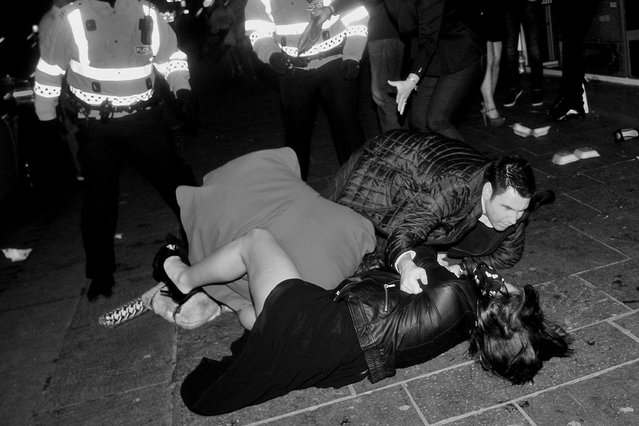 Brian Anderson has been taking images of Glasgow for 20 years, spotlighting both the light and dark side of life. Brian, 40, said: “Glasgow is full of character. It’s a nice city, it’s a crazy city and I want to show all that”. Photo: Police look on as a man tries to break up brawling women in Queen Street. (Photo by Brian Anderson)
Details
27 Nov 2013 11:05:00,post received 0 comments
Fact Glasgow Slum in the Late 1940s 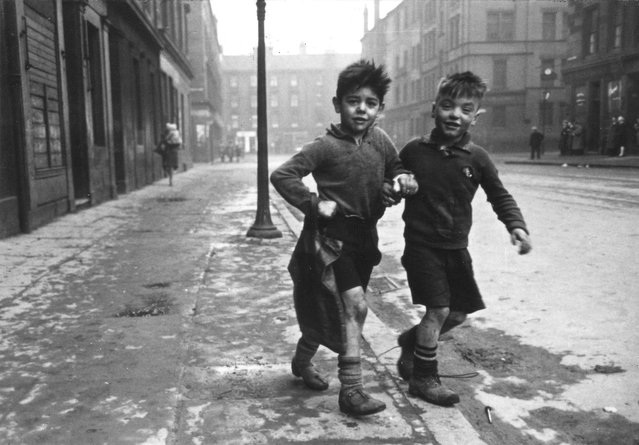 Two boys in the Gorbals area of Glasgow, UK on January 31, 1948. The Gorbals tenements were built quickly and cheaply in the 1840s, providing housing for Glasgow's burgeoning population of industrial workers. Conditions were appalling; overcrowding was standard and sewage and water facilities inadequate. The tenements housed about 40,000 people with up to eight family members sharing a single room, 30 residents sharing a toilet and 40 sharing a tap. By the time this photograph was taken 850 tenements had been demolished since 1920. Redevelopment of the area began in the late 1950s and the tenements were replaced with a modern tower block complex in the sixties. (Photo by Bert Hardy/Getty Images)
Details
09 Mar 2017 00:03:00,post received 0 comments
Touching The Earl Of Glasgow Seeks Approval For Graffiti At Kelburn Castle 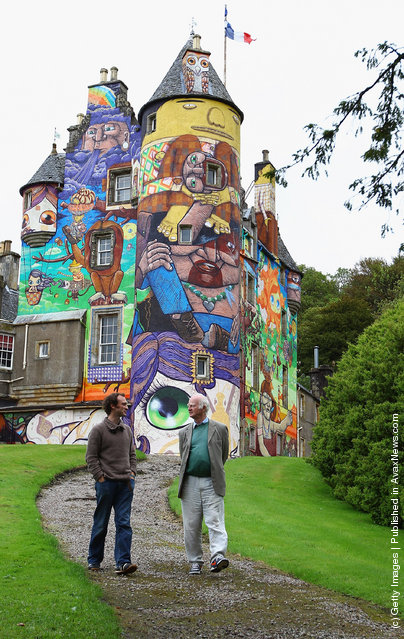 Patrick Boyle, The Earl of Glasgow and his son David, Viscount Kelburn pose at their home Kelburn Castle on August 30, 2011 in Largs, Scotland. The Earl of Glasgow has asked Historic Scotland if the graffiti can remain as a permanent feature of the Castle. The local council allowed the mural to be painted on the wall by Brazilian artists in 2007, with a three year limit put on the graffiti pending the start of rendering work at the castle.(Photo by Jeff J Mitchell/Getty Images)
Details
31 Aug 2011 10:56:00,post received 0 comments
Fact Students Take Part in the Glasgow School of Art Fashion Show 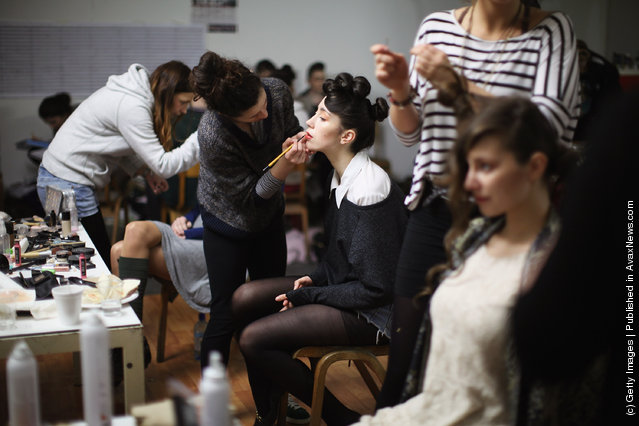 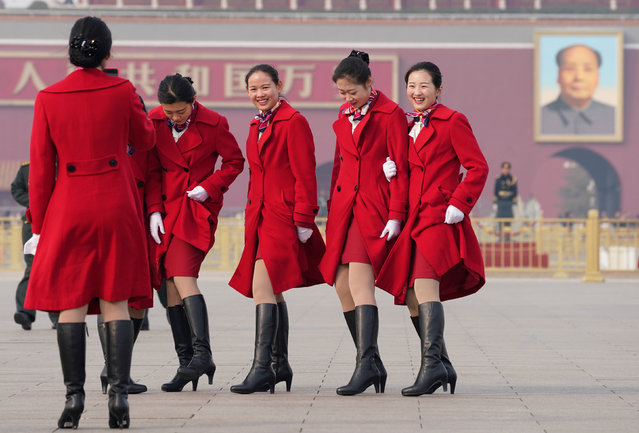 Hotel ushers pose for a photo at Tiananmen Square as delegates attend the second plenary session of the National People's Congress (NPC) in Beijing, China, March 9, 2018. The CPPCC is the top advisory body of the Chinese political system and runs alongside the annual plenary meetings of the 13th National People's Congress (NPC), together known as “Lianghui” or “Two Meetings”. (Photo by Jason Lee/Reuters)
Details
17 Mar 2018 00:03:00,post received 0 comments
Fact Coachella 2018 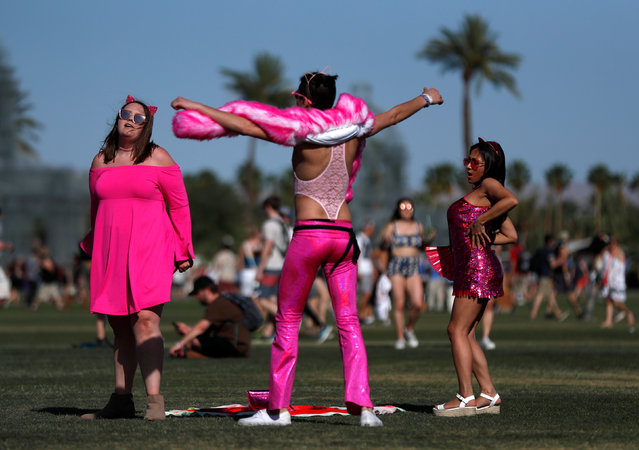 Concertgoers dance at the Coachella Valley Music and Arts Festival in Indio, California, U.S., April 15, 2018. Coachella became one of the world' s premier music festivals not only for the A- list performers. The two- weekend party in the California desert has become a major event in its own right for the fashion. While designers have heavily marketed their brands to Coachella, the fans who draw the most notice often do so by embracing their own sartorial flair, driven by a sense of innovation and, among revelers in the searing heat, of inhibition. (Photo by Mario Anzuoni/Reuters)
Details
18 Apr 2018 00:01:00,post received 0 comments
Fact Rosenmontag 2018 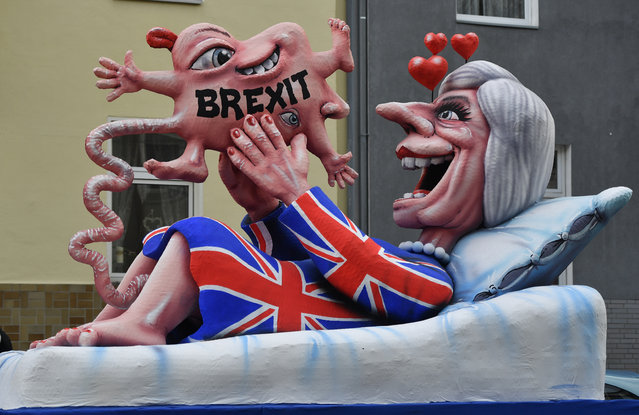 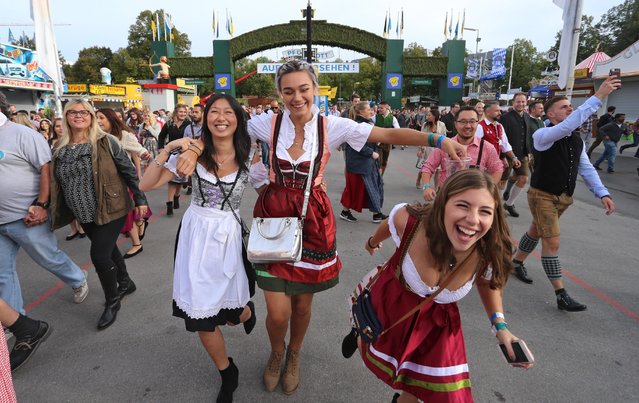