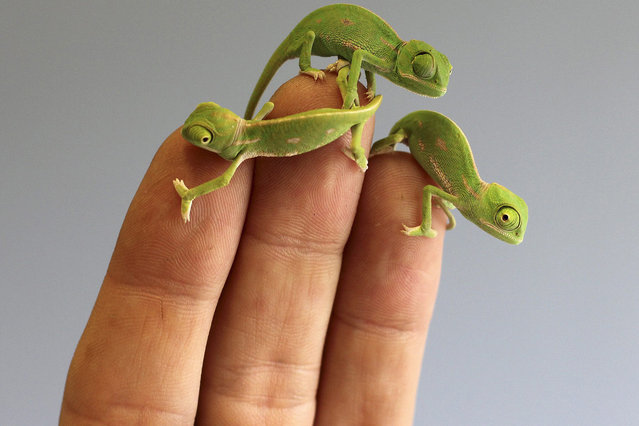 A handout image released by the Taronga Zoo shows Veiled Chameleon hatchlings at Taronga Zoo in Sydney, Australia, 11 March 2015. Taronga has welcomed more than 20 baby chameleons, with the last of three clutches of eggs hatching this week. Veiled Chameleons, or Chamaeleo calyptratus, are native to Saudi Arabia and Yemen and can live up to five years. (Photo by EPA/Taronga Zoo)
Details
21 Mar 2015 13:13:00,post received 0 comments
Fact The Week in Pictures: March 20 – March 27, 2015. Part 4/5 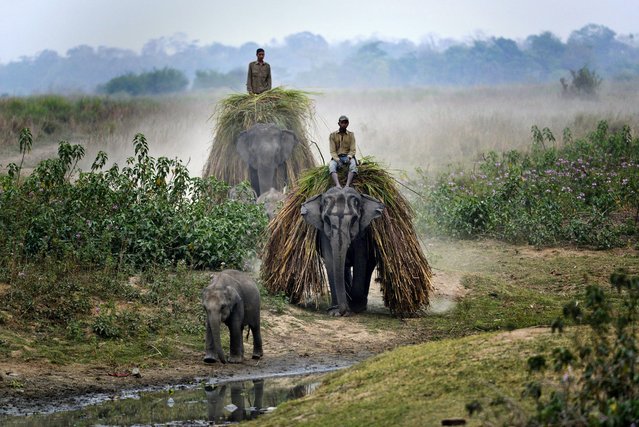 Mahouts return home with their elephants carrying grass to feed them on the eve of the rhino census in Kaziranga National Park in Assam state, India, 24 March 2015. Kaziranga will be closed to visitors for the next two days for a census of the rhinos commencing 25 March, in a previous census in 2013 in the park the population of the Indian rhinos was 2329. (Photo by EPA/Stringer)
Details
28 Mar 2015 11:46:00,post received 0 comments
Fact The Week in Pictures: Animals, March 20 – March 27, 2015 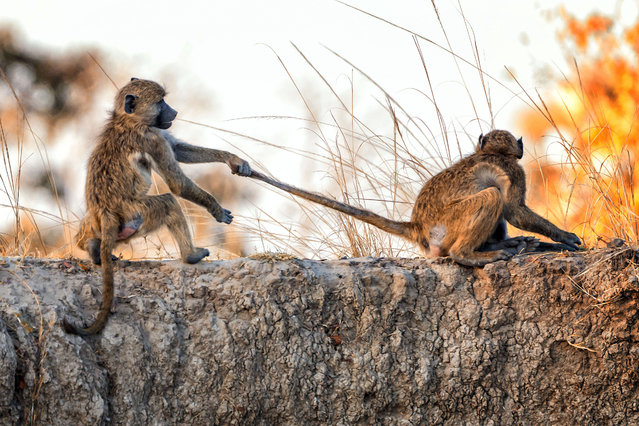 Going toe-to-toe, these fighting primates could give Floyd Mayweather a run for his money. The amazing images – captured by Australian tourist Julie Rathbone on the banks of the Zambezi river in Africa – show the pair engaging in a few fisticuffs. The Chacma baboons appeared to settle a disagreement by fighting – before a senior baboon plays referee and steps in to break it up. Nurse unit manager Julie Rathbone, 59, from New South Wales, was on a cruise down the river when she spotted the fracas unfolding. (Photo by Julie Rathbone/Caters News)
Details
28 Mar 2015 12:05:00,post received 0 comments
Fact The Week in Pictures: March 13 – March 20, 2015. Part 1/5 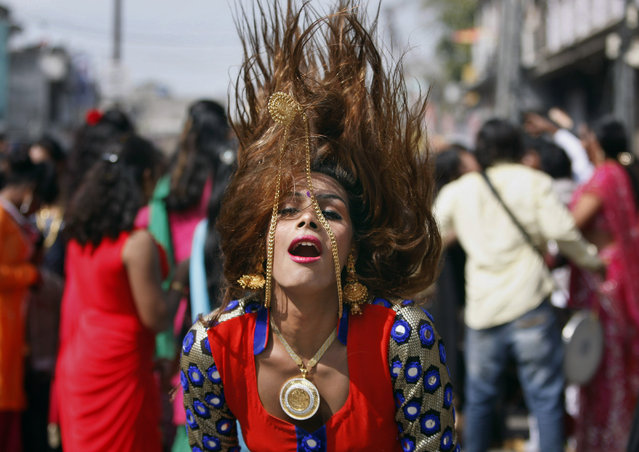 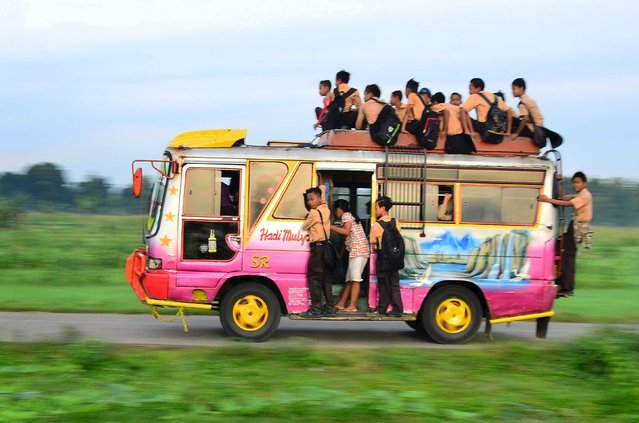 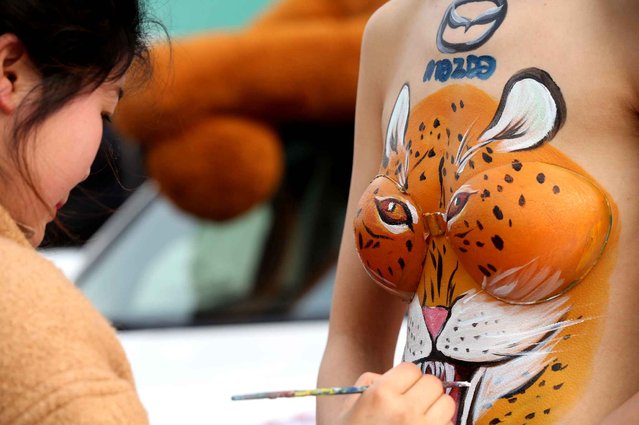 A painter was drawing a lion head body painting on a model during the auto show on March 15, 2015. The local 2015 auto show was held in Xuchang Stadium in Xuchang, Henan Province, China. The exhibitors tried a variety of ways for promotion and attracting people's attention. Some exhibitors were giving gifts to the people scanning their QR codes and add them onto friends list. An auto company has invited young s*x underwear models and drew body paintings on the girls. (Photo by Xu Zhongxin/Sipa Asia)
Details
21 Mar 2015 13:04:00,post received 0 comments
Fact The Week in Pictures: March 20 – March 27, 2015. Part 3/5 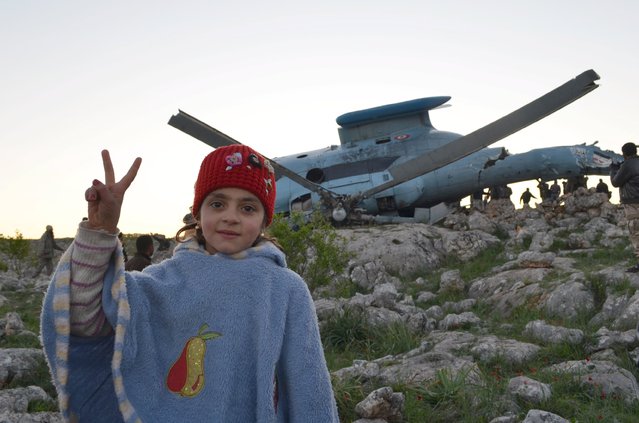 A girl flashes a victory sign as she poses near a helicopter that belongs to forces loyal to Syria's President Bashar Al-Assad after it crashed in Jabal al-Zawiya in the southern countryside of Idlib March 22, 2015. The Syrian military helicopter crashed in northwestern Syria on Sunday and at least four of its crew were captured by rebels, according to a monitoring group. (Photo by Abed Kontar/Reuters)
Details
28 Mar 2015 11:34:00,post received 0 comments
Popular tags:
All tags
Last searches: