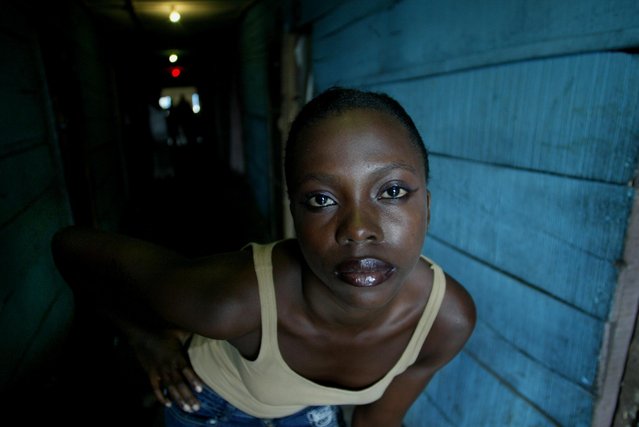 A death mask thought to be that of English dramatist William Shakespeare (1566–1616). Found by Dr. Ludwig Becker in Mainz in 1849, the mask was linked to Shakespeare because of its 1616 date and its supposed facial resemblance to the writer. A rival theory, however, maintains that the mask is more likely to be that of English poet Ben Johnson. (Photo by Hulton Archive/Getty Images). Circa 1900
Details
23 Jun 2011 10:19:00,post received 0 comments
Fact Halloween in Ukraine 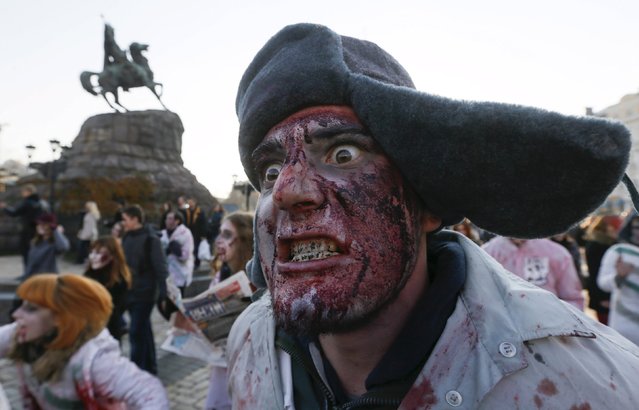 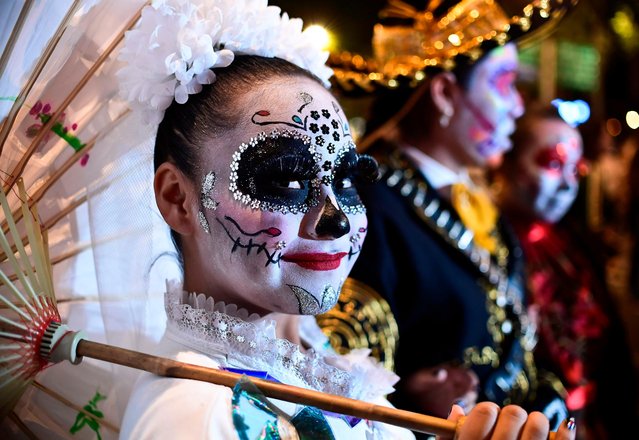 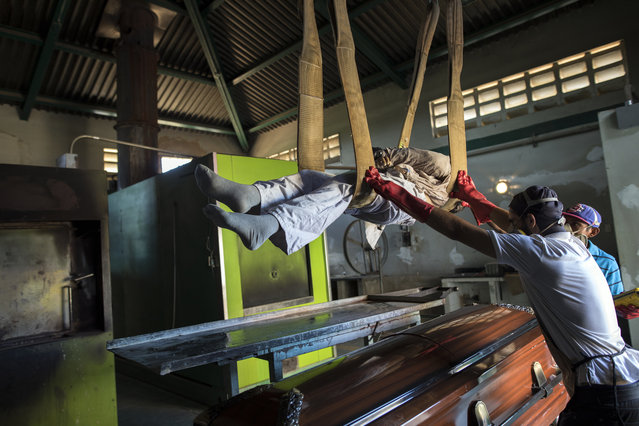 Cemetery workers lift a corpse from a coffin to a metal plate as they prepare the body for cremation at a cemetery in Maracaibo, Venezuela, November 27, 2019. Some overcome the financial burden of a relative's death by renting caskets, a cheaper option than buying one. (Photo by Rodrigo Abd/AP Photo)
Details
28 Dec 2019 00:01:00,post received 0 comments
Fact Ukraine Crisis

British-based Ukrainians gather outside the Russian Embassy in London to protest against the build-up of troops in the Crimea region, on March 2, 2014. The demonstrators chanted and held banners demanding “Hands off Ukraine”. (Photo by John Stillwell/PA Wire)
Details
03 Mar 2014 08:12:00,post received 0 comments
Fact Death in San Salvador 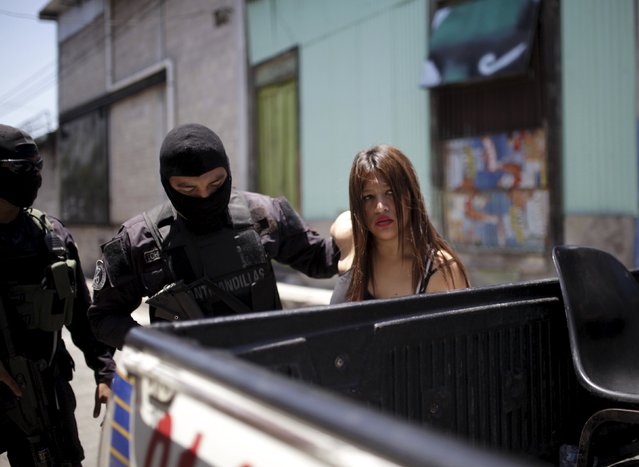 A police officer detains a woman on suspicion of collaborating with the 18th street gang during a "Safe House" operation at the Concepcion neighbourhood in San Salvador, July 2, 2015. Salvadoran police make “Safe House” operations at dangerous neighbourhoods of the capital to prevent murders, according to local media. (Photo by Jose Cabezas/Reuters)
Details
23 Jan 2016 13:00:00,post received 0 comments
Popular tags:
All tags
Last searches: