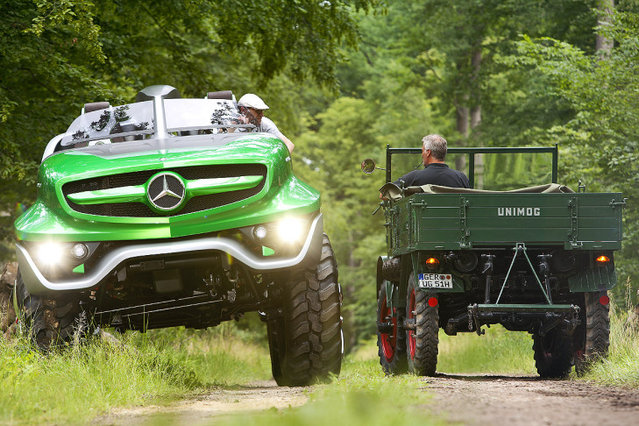 How much do things change in 60 years? Sometimes the best answer to that kind of question is a picture. Here you can see an original Unimog (right), built sometime between the start of production in 1948 and 1951, when Mercedes bought the operation in order to expand it enough to keep up with demand. On the left is a “60th Anniversary” Unimog design concept, celebrating not the actual birth of the Unimog, but its purchase by Mercedes. Needless to say, the contrast between the two is… breathtaking. And if you’re curious about the evolution of this hugely influential vehicle, if you can’t help wondering how it grew from a (relatively) tiny, spartan utility vehicle to a garish, Mercedes-starred behemoth.
Details
31 Oct 2012 11:24:00,post received 0 comments
Fact The Week in Pictures: May 10 – May 18, 2013 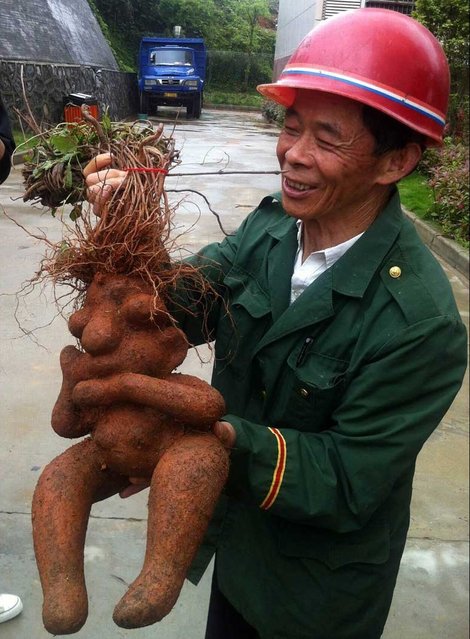 Two Chinese farmers got more than they bargained for when they pulled up the root of a fleece flower – and came face-to-face with the doppelganger of Homer Simpson, on May 17, 2013. The large root appears to have two bulging eyes and a prominent nose – giving it an uncanny resemblance to the famous cartoon character. With two offshoot roots shaped like arms, it even looks like it is pondering or confused – just what you would expect from the real Homer. (Photo by ImagineChina)
Details
18 May 2013 11:52:00,post received 0 comments
Popular tags:
All tags
Last searches: