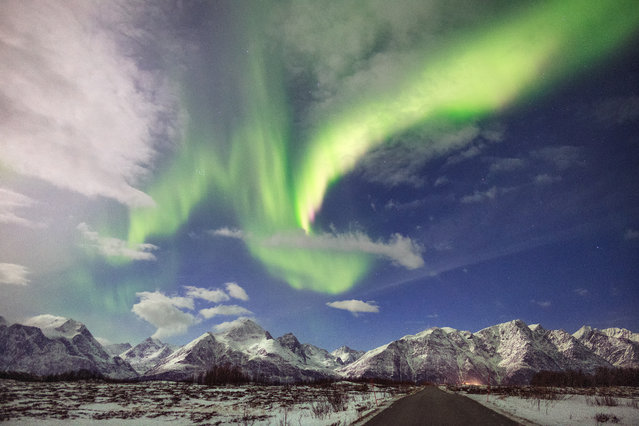 The Aurora Borealis seen across the sky in Lapland, Finland. The beautiful phenomenon was captured by photographer Marko Korosec on a trip to the arctic region of Lapland in Northern Finland. He used long exposures on his Canon DSLR to create the stunning images. (Photo by Marko Korosec/Barcroft Media)
Details
15 Mar 2015 06:09:00,post received 0 comments
Funny Bargain Wedding Dresses Inspire Running Of The Brides 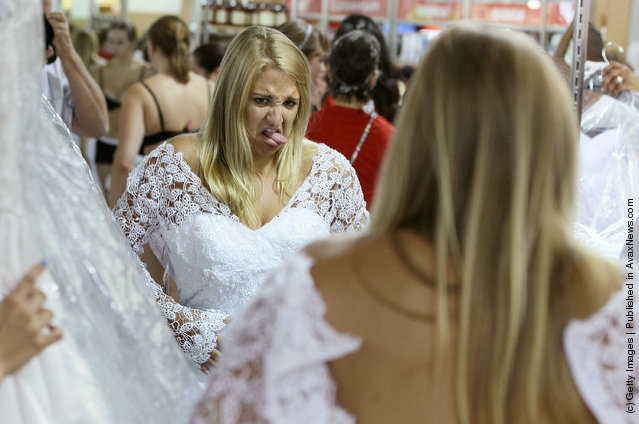 Bride to be Lauren Cechak expresses her dislike for a wedding gown after trying it on during Filene's Basement's annual sale July 30, 2010 in Bethesda, Maryland. Hundreds of brides to be and their shopping teams line up early waiting to buy gowns at drastically low prices during the annual sale, dubbed the “Running of the Brides”. (Photo by Mark Wilson/Getty Images)
Details
16 Sep 2011 11:50:00,post received 0 comments
Fact 2nd Annual amfAR Inspiration Gala New York 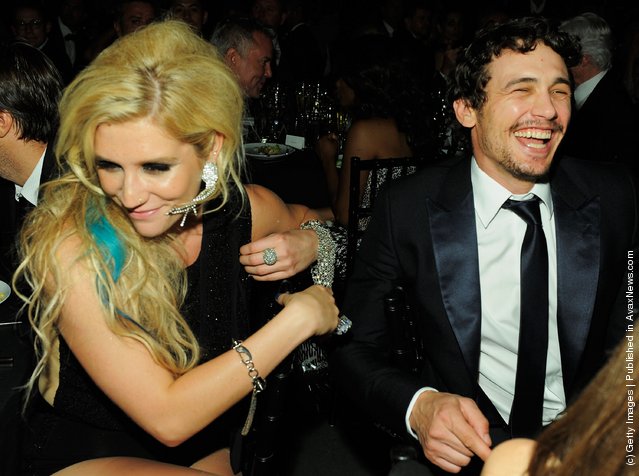 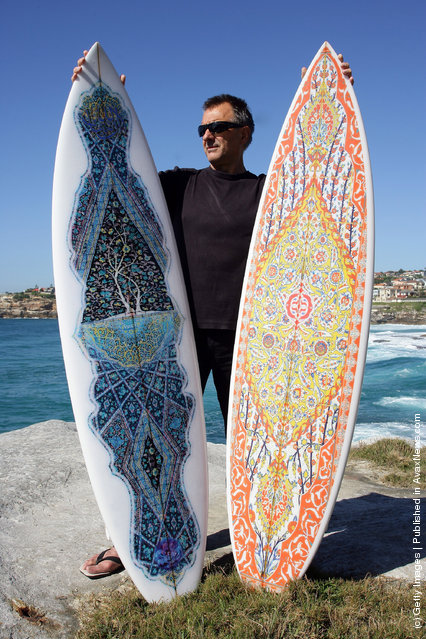 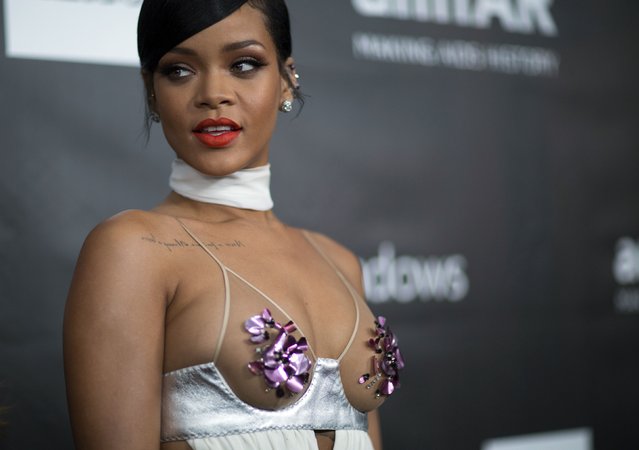 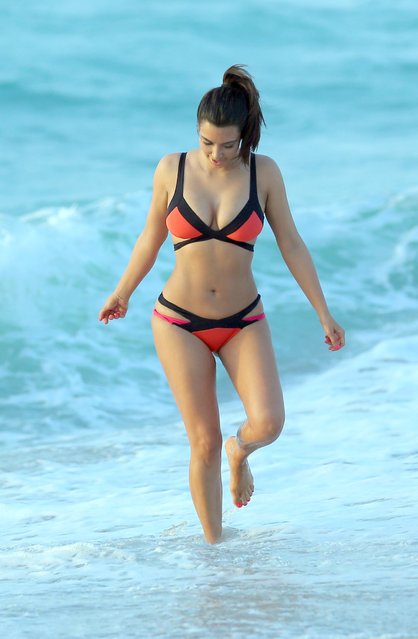 “Kim Kardashian surfs up an impressive sight as she wanders along a Miami beach in a colourful bikini on August 4, 2012. The reality TV star looked stunning as she wandered barefoot along the shore in the black and orange two-piece”. – Miranda Prynne via The Sun. (Photo by Splash News)
Details
07 Aug 2012 09:12:00,post received 0 comments
Funny Miami Heat Fans Resort To Voodoo Dolls To Inspire Victory Over Dallas 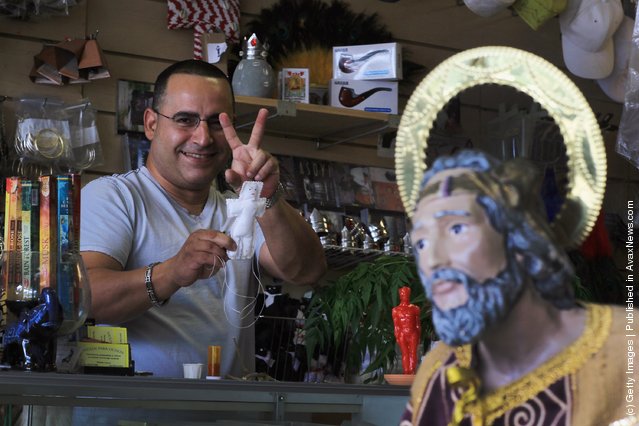 Nelson Hernandez flashes the victory sign as he shows off one of the voodoo dolls that he is selling at El Viejo Lazaro Botanica to try and help the Miami Heat fans root their team on against the Dallas Mavericks in the NBA finals on June 9, 2011 in Miami, Florida. The dolls made from cotton come in white or black and they are all the same size. The user of the doll must have the name of the player attached to the doll, which is filled with cotton, herbs, sticks and a special powder. (Photo by Joe Raedle/Getty Images)
Details
10 Jun 2011 08:42:00,post received 0 comments
Fact Jim Morrison Cave Closed Over Doors-inspired Graffiti 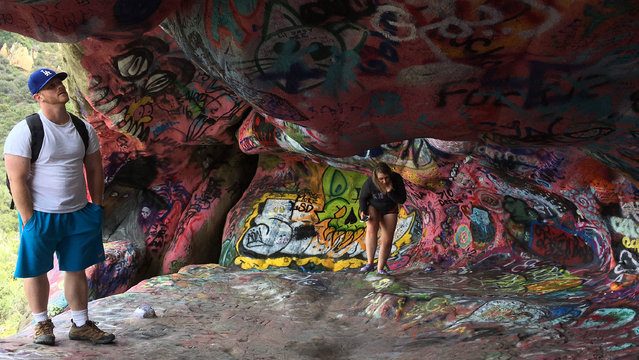 Tourists visit the Corral Canyon Cave in Malibu, Calif., Friday, May, 6, 2016. The cave, better known by the misleading moniker “Jim Morrison Cave” is now closed to the public until further notice. Large crowds have shown up on a daily basis to see the often vandalized cave and in some cases add to the vandalism with graffiti of their own. (Photo by Damian Dovarganes/AP Photo)
Details
07 May 2016 12:43:00,post received 0 comments
Popular tags:
All tags
Last searches: