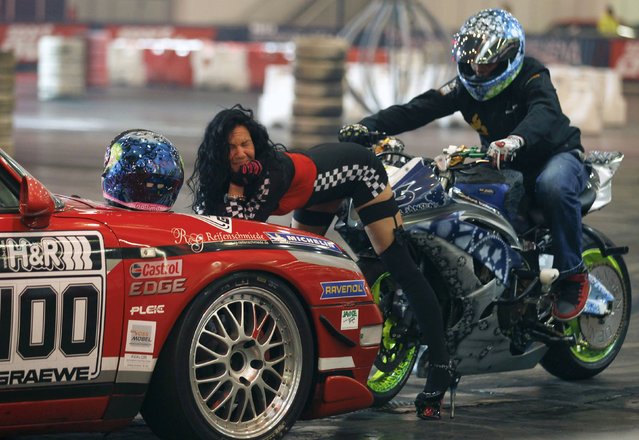 A model poses with a motorcycle and a car on a racing track at the Essen Motor Show in Essen, Germany, November 27, 2015. (Photo by Ina Fassbender/Reuters)
Details
29 Nov 2015 08:03:00,post received 0 comments
Fact «Klitschko» Premiere 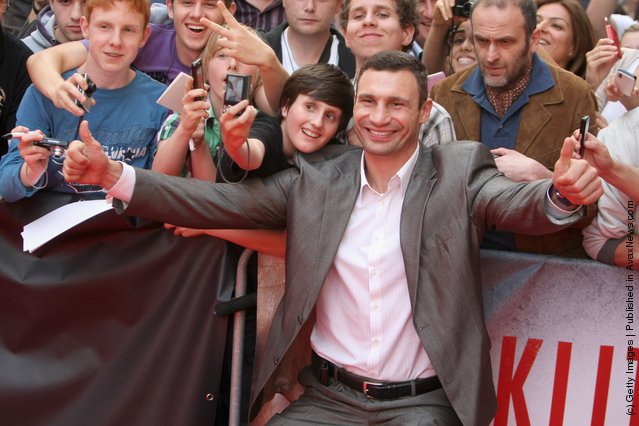 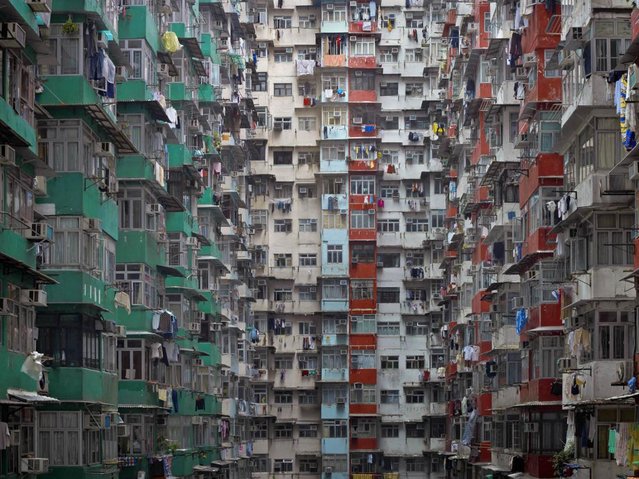 The focus of the german photographer michael wolf's work is life in mega cities. Many of his projects document the architecture and the vernacular culture of metropolises. Wolf grew up in Canada, Europe and the United States, studying at UC Berkeley and at the Folkwang School with Otto Steinert in Essen, Germany. He moved to Hong Kong in 1994 where he worked for 8 years as contract photographer for Stern magazine. Since 2001, Wolf has been focusing on his own projects, many of which have been published as books.
Details
23 Jan 2013 12:02:00,post received 0 comments
Fact European Heatwave 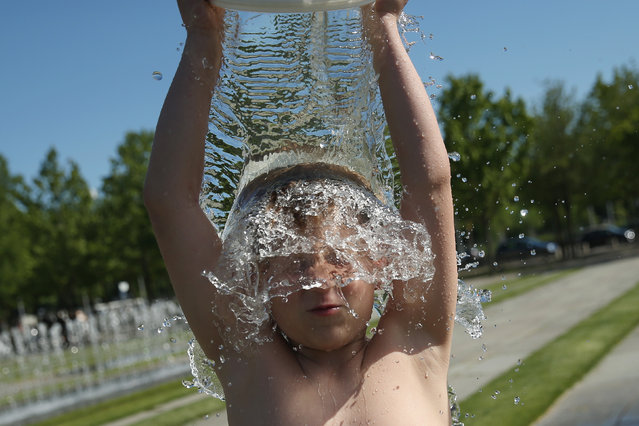 Paul, 9, dumps a bucket of water over his head at a fountain near government buildings during hot weather on July 1, 2015 in Berlin, Germany. Temperatures across northern Europe are rising and in Germany a high of 36 degrees is forecast for the weekend. (Photo by Sean Gallup/Getty Images)
Details
02 Jul 2015 13:44:00,post received 0 comments
Fact Halloween 2019 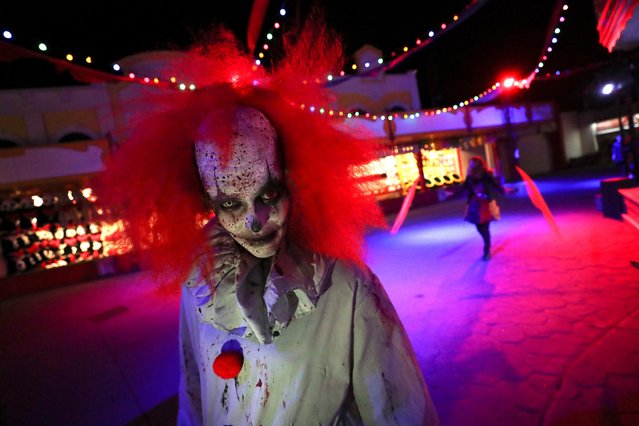 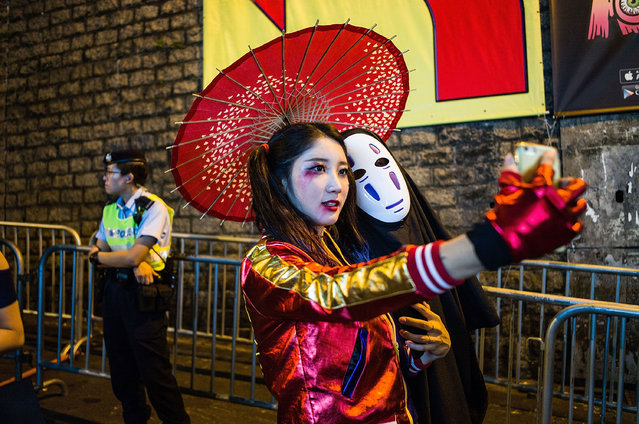 People take part in a Halloween street party at Lan Kwai Fong on October 31, 2016 in Hong Kong. Halloween, a contraction of All Hallows' Evening, falls on the day before All Saints' Day on November 1, a holiday when Christians remember their deceased loved ones. (Photo by Lam Yik Fei/Getty Images)
Details
04 Nov 2016 12:30:00,post received 0 comments
Fact Halloween around the World 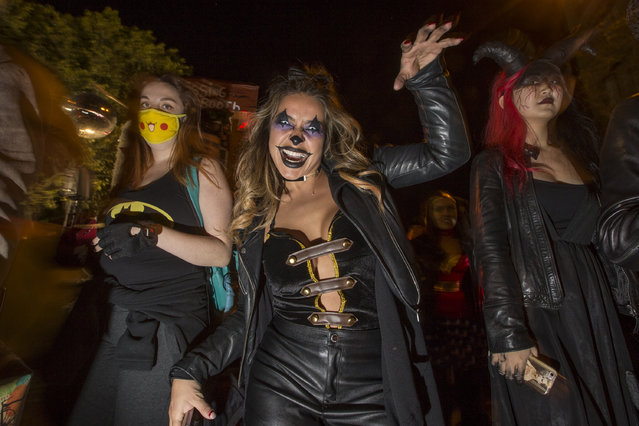 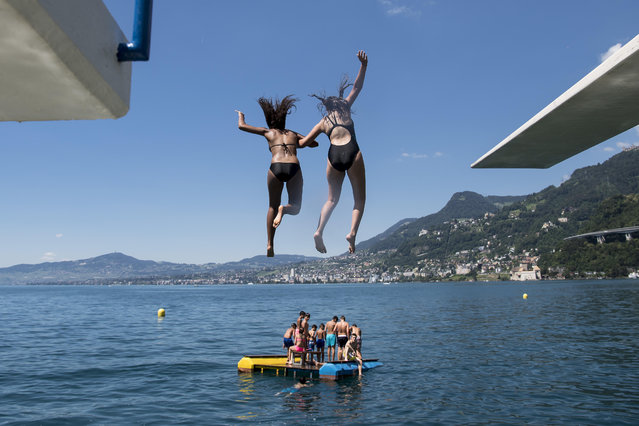 In this July 9, 2016 file photo, girls jump from a diving platform into the Geneva Lake and enjoy sunny and warm weather, in Villeneuve, Switzerland. After nearly 90 years, women can legally swim topless in Geneva’s lake and Rhone River without running the risk of a fine. Geneva’s regional council has voted to modify a 1929 ordinance that banned women from swimming topless in the city’s main natural waterways, though the change doesn’t apply to public swimming pools or swimming totally naked. Nicolas Bolle, an official with Geneva’s security department, on Thursday, April 6, 2017 confirmed the council’s action a day earlier. (Photo by Jean-Christophe Bott/Keystone via AP Photo)
Details
08 Apr 2017 09:39:00,post received 0 comments
Popular tags:
All tags
Last searches: