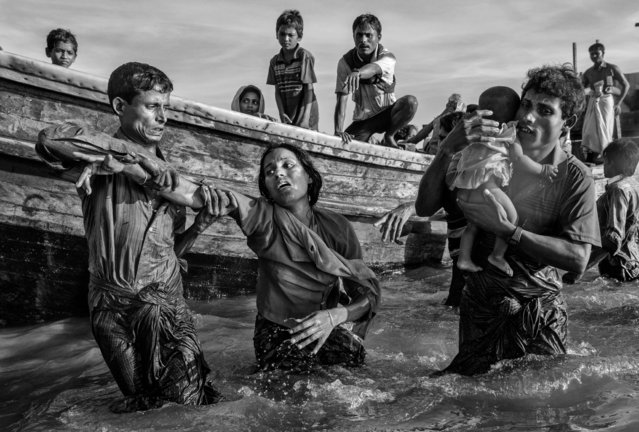 A Rohingya refugee woman is helped from a boat as she arrives exhausted on the Bangladesh side of the Naf River at Shah Porir Dwip after fleeing her village in Myanmar, on October 1, 2017 in Cox's Bazar, Bangladesh. (Photo by Kevin Frayer/Getty Images)
Details
17 Oct 2017 05:51:00,post received 0 comments
Wow Blood Paintings by Maxime Taccardi 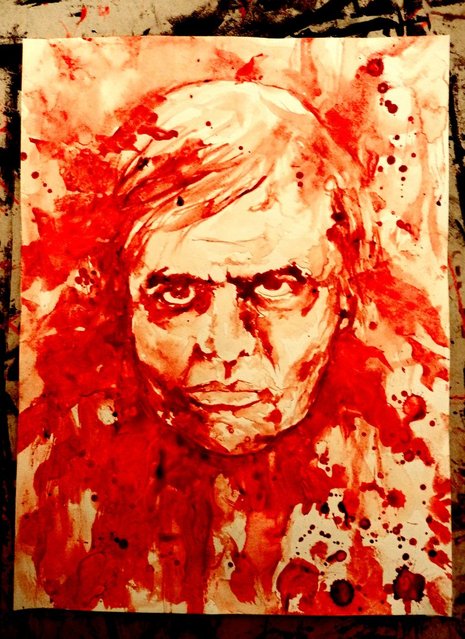 Maxime Taccardi is an artist who is most notable for his unusual method – creating his pieces using his own blood. He studied art in collage, his thesis focusing on the monstrosity and what is considered abnormal by society. Currently he is a middle school art teacher, but plans to continue furthering his creative career. His catalogue of work is varied, including painting, drawing, filmmaking and music.
Details
28 May 2014 09:21:00,post received 0 comments
Fact Blood, Sweat and Prayers 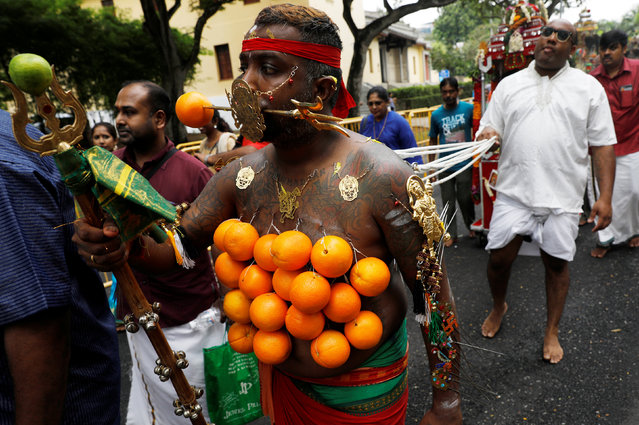 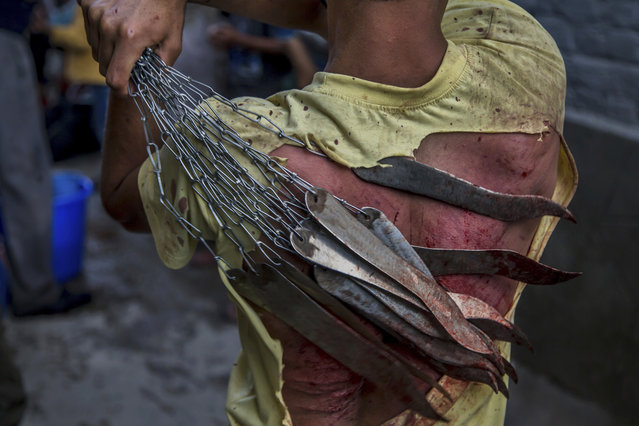 A Kashmiri Shiite Muslim flagellates himself during a Muharram procession in Srinagar, Indian controlled Kashmir, Tuesday, October 11, 2016. Muharram is a month of mourning in remembrance of the martyrdom of Imam Hussein, the grandson of Prophet Mohammed. (Photo by Dar Yasin/AP Photo)
Details
12 Oct 2016 10:27:00,post received 0 comments
Fact The Cuban Raft Exodus – 20 Years On 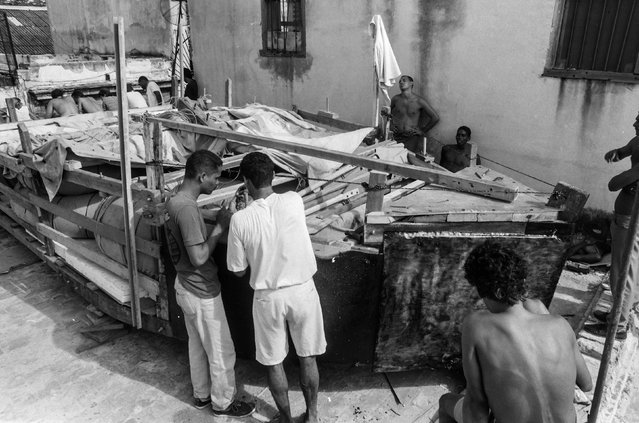 Rolando Pujol Rodriguez photographed the Cuban raft exodus in 1994, and twenty years later Enrique de la Osa took portraits of some of the people who made it to the United States, in this story which combines archive and present day images. Here: People put the finishing touches to a makeshift boat on a rooftop before lowering it onto a truck and launching it into the Straits of Florida towards the U.S., on the last day of the 1994 Cuban raft exodus in Havana, in this September 13, 1994 file photo. (Photo by Rolando Pujol Rodriguez/Reuters)
Details
13 Nov 2014 14:07:00,post received 0 comments
Fact “Blood Moon Eclipse” 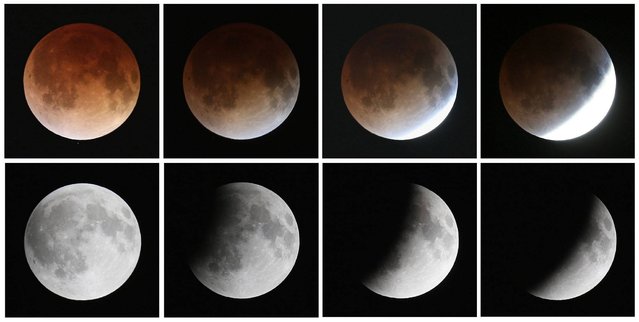 This composite image shows a sequence, from bottom left to top left, of the moon's transition during a total lunar eclipse on April 15, 2014 in Miami, Florida. People in most of north and south America should be able to witness this year's first total lunar eclipse, which will cause a “blood moon” and is the first of four in a rare Tetrad of eclipses over the next two years. (Photo by Joe Raedle/Getty Images)
Details
15 Apr 2014 14:28:00,post received 0 comments
Fact Afghans Ordered out of Pakistan 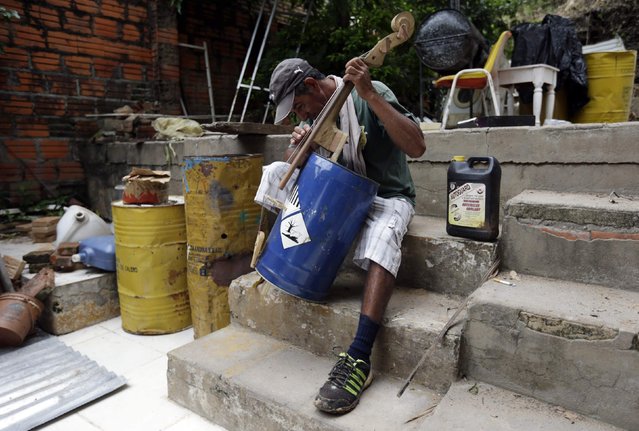 Recycling artist Nicolas Gomez checks the strings of a cello he has made out of an oil barrel for the Orchestra of Recycled Instruments of Cateura, in Cateura, Paraguay February 13, 2015. Saudi Arabia's oil exports have risen in February in response to stronger demand from customers. As OPEC's top producer battles for market share Reuters photographers around the globe have been photographing oil barrels to document how they are utilised once the fuel has been used. (Photo by Jorge Adorno/Reuters)
Details
21 Feb 2015 10:39:00,post received 0 comments
Popular tags:
All tags
Last searches: