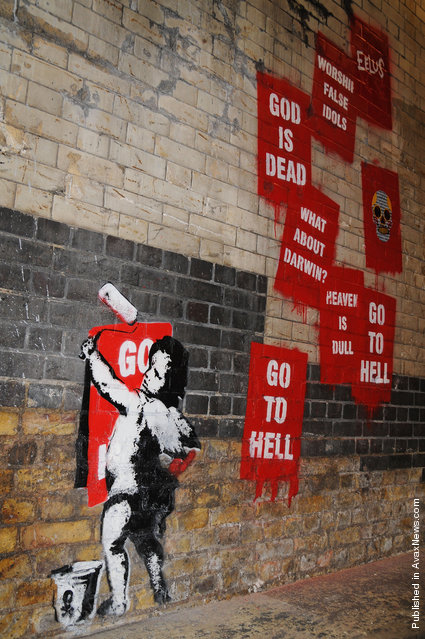 A giant new exhibition space created by famed graffiti artist Banksy opens to the public on May 3, 2008 in London, England. The disused tunnel beneath Waterloo station has been transformed by 30 artists from around the world. The three day event, tagged as the “Cans festival”, also invites the public to add their own stencil art. (Photo by Jim Dyson/Getty Images)
Details
13 Mar 2011 12:45:00,post received 0 comments
Fact Colombia – Graffiti Mecca

In this March 12, 2015 photo, a man tours a graffiti exhibition at the Museum of Modern Art, in Bogota, Colombia. The city-run museum recently held an exhibition highlighting the work of Bogota street artists who go by aliases such as Joems and the MonsTruacioN collective. (Photo by Fernando Vergara/AP Photo)
Details
26 Mar 2015 11:52:00,post received 0 comments
Touching Simply: Graffiti. Part II 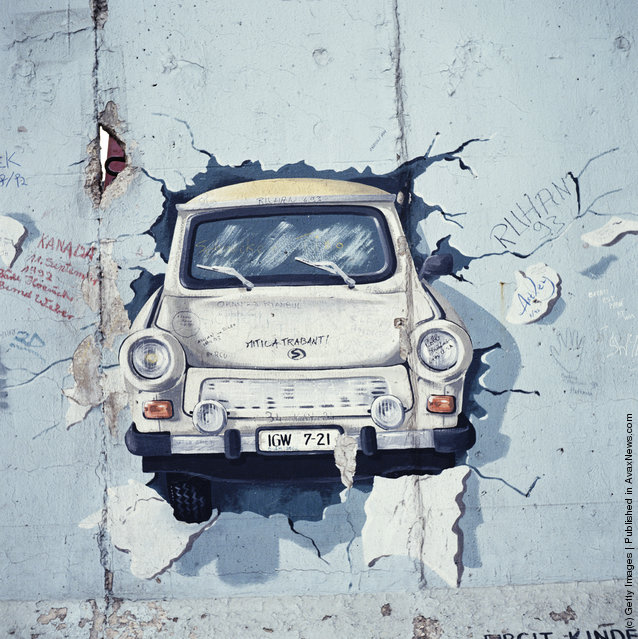 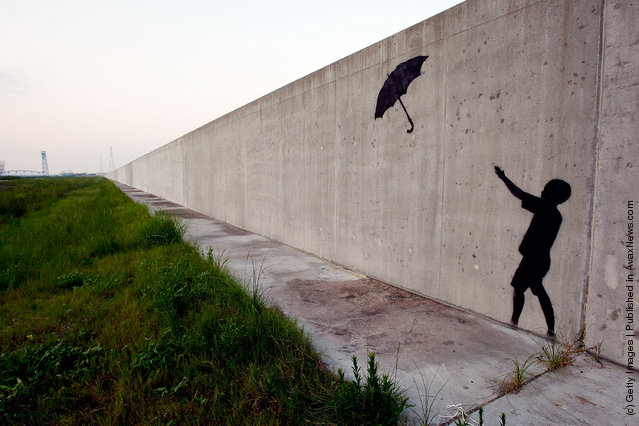 Grafitti by the illusive artist Banksy adorns the levee wall in the Lower Ninth Ward on August 29, 2008 in New Orleans, Louisiana. New works by the artist, whose paintings are also sold in galleries, have been popping up throughout New Orleans coinciding with the third anniversary of Hurricane Katrina. (Photo by Chris Graythen/Getty Images)
Details
11 Apr 2011 08:41:00,post received 0 comments
Touching Brazil Graffiti Biennial 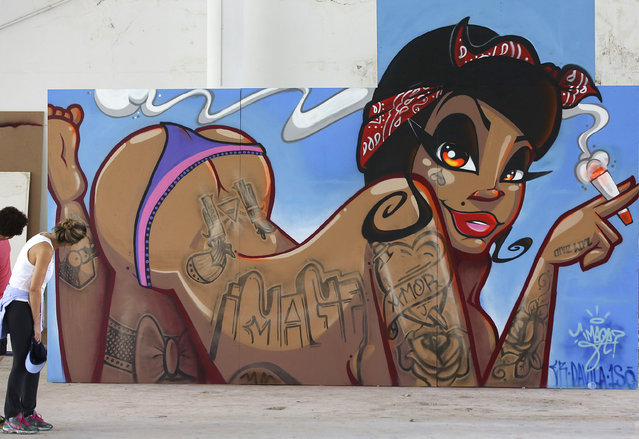 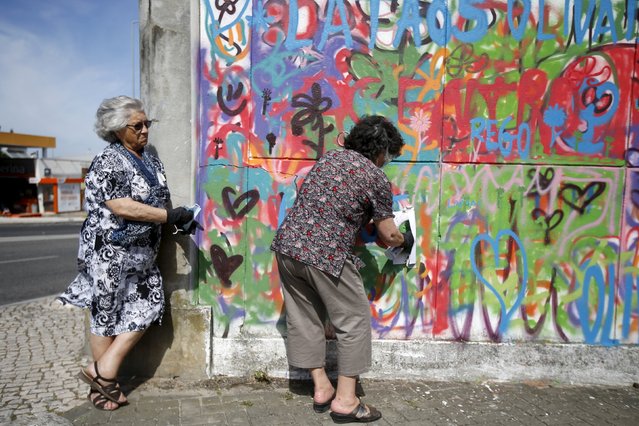 Women spray their designs on a wall during a graffiti class offered by the LATA 65 organization in Lisbon, Portugal May 14, 2015. The LATA 65 organization is an initiative for the elderly in the area of urban art. Since it began in 2012, they have introduced the world of graffiti to over 100 senior citizens, giving workshops in different neighborhoods of Lisbon. (Photo by Rafael Marchante/Reuters)
Details
15 May 2015 10:16:00,post received 0 comments
Fact Chernobyl’s Graffiti: Art in the Ghost Town

The Chernobyl disaster was a catastrophic nuclear accident that occurred on 26 April 1986 at the Chernobyl Nuclear Power Plant in Ukraine, which was under the direct jurisdiction of the central authorities of the Soviet Union. The Chernobyl disaster is the worst nuclear power plant accident in history in terms of cost and resulting deaths, and is one of only two classified as a level 7 event (the maximum classification) on the International Nuclear Event Scale (the other being the Fukushima Daiichi nuclear disaster in 2011). Photo: Graffiti of a crying baby on a wall, Chernobyl Power Plant, Chernobyl, Ukraine. (Photo by Hans Neleman/Getty Images)
Details
27 Apr 2014 08:12:00,post received 0 comments
Touching Graffiti Artist Mr. Brainwash's First UK Exhibition 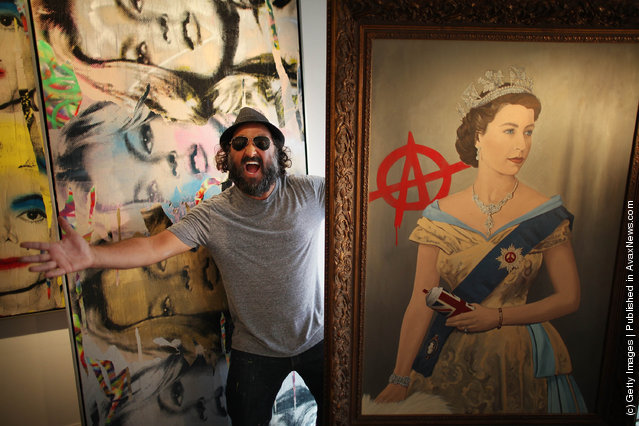 Photo: Artist Mr. Brainwash stands with his paintings “The Queen” (R) and “Kate Moss” at the Opera Gallery on October 3, 2011 in London, England. Works by pop artist and film maker Thierry Guetta, known as Mr. Brainwash, are on display at the gallery from October 6th to 31st, 2011. (Photo by Peter Macdiarmid/Getty Images)
Details
04 Oct 2011 10:57:00,post received 0 comments
Popular tags:
All tags
Last searches: