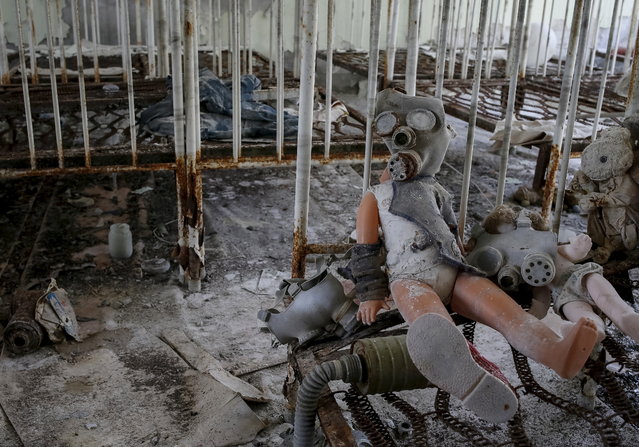 A doll in a children's gas mask is seen amongst beds at a kindergarten in the abandoned city of Pripyat near the Chernobyl nuclear power plant in Ukraine on March 28, 2016. Deadly radiation still spews from Chernobyl 30 years after the worst nuclear meltdown in history, as a newly built giant arch is pulled into place to cover the stricken reactor for the next century. (Photo by Gleb Garanich/Reuters)
Details
03 Apr 2016 11:47:00,post received 0 comments
Fact Haunted Faces of 1914 Brought to Life 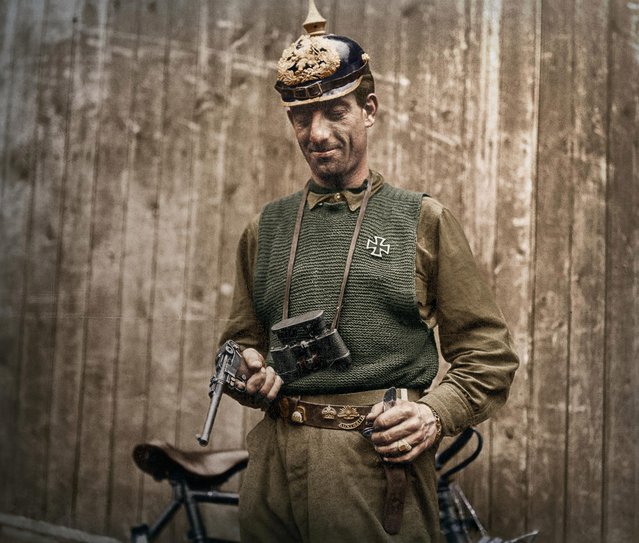 The faces of war have been brought back to life after a series of World War One photographs were expertly colourised. The black and white snaps were painstakingly restored and colourised by photographer Mario Unger (53) from Rotenturm, Austria. Here: One image shows an unidentified American soldier posing with a pistol, helmet, and Iron Cross medal taken from a German soldier, 1918. (Photo by Mario Unger/Mediadrumworld)
Details
04 Dec 2017 07:47:00,post received 0 comments
Sad A Final Embrace: The Most Haunting Photograph from Bangladesh 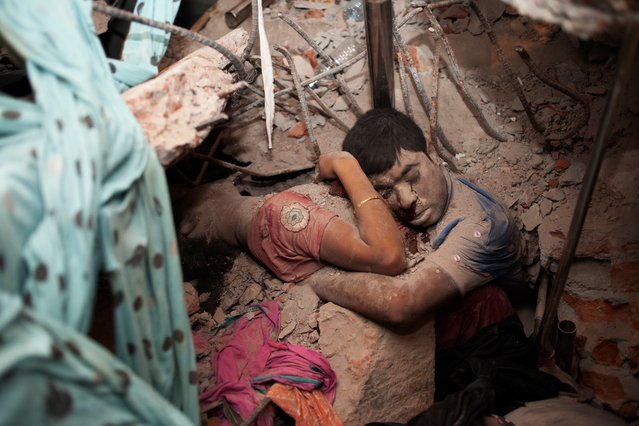 Many powerful photographs have been made in the aftermath of the devastating collapse of a garment factory on the outskirts of Dhaka, Bangladesh. But one photo, by Bangladeshi photographer Taslima Akhter, has emerged as the most heart wrenching, capturing an entire country’s grief in a single image... Photo: Two victims amid the rubble of a garment factory building collapse in Savar, near Dhaka, Bangladesh, April 25, 2013. (Photo by Taslima Akhter)
Details
10 May 2013 11:19:00,post received 0 comments
Fact Shining Path Violence Haunts Peru Election Decades Later 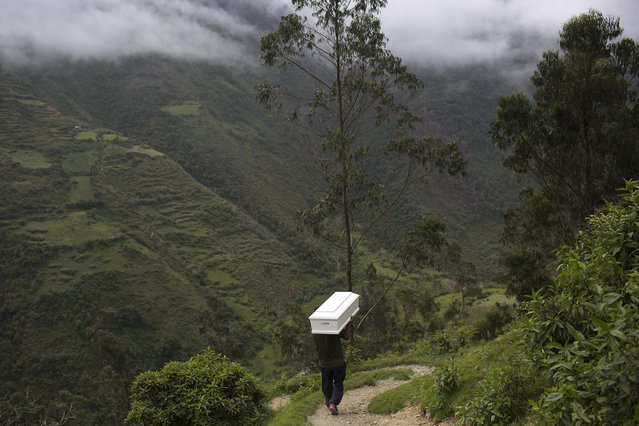 In this March 29, 2016 photo, a man shoulders a coffin with the remains of a loved one who was slain more than two decades ago by Shining Path rebels, as he walks to the cemetery for a group burial service, in Ccano, a village in the Huanta area of Ayachcuo department, Peru. Presidential candidate Keiko Fujimori's base of support is in places like Ccano, where promises to build roads, clinics and schools recall her agronomist father’s own legacy of delivering aid to the long-overlooked countryside. (Photo by Rodrigo Abd/AP Photo)
Details
08 Apr 2016 14:43:00,post received 0 comments
Fact Christmas Zombies 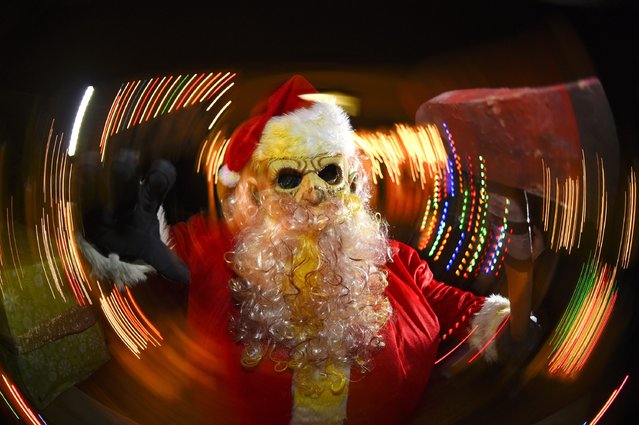 A Zombie Santa is pictured Death Yard Haunted Attraction in Hendersonville, Tennessee December 10, 2014. The Nashville-area haunted house is getting into the Christmas spirit this weekend, with Zombie Santa, his undead elves and a demonic reindeer going on the attack for fun and charity. (Photo by Harrison McClary/Reuters)
Details
12 Dec 2014 13:02:00,post received 0 comments
Fact Netherworld Monsters Take a Staycation at W Atlanta Hotel 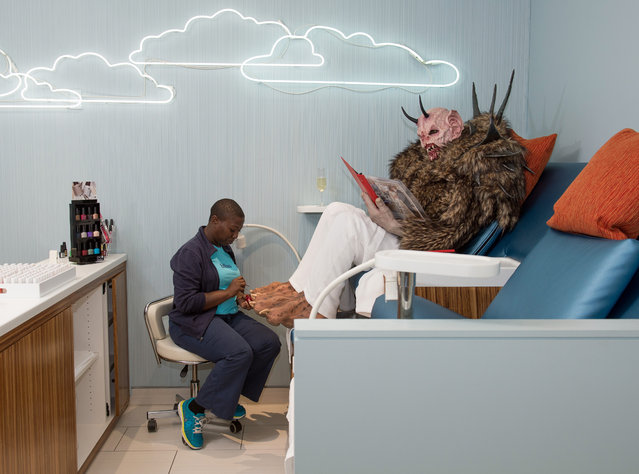 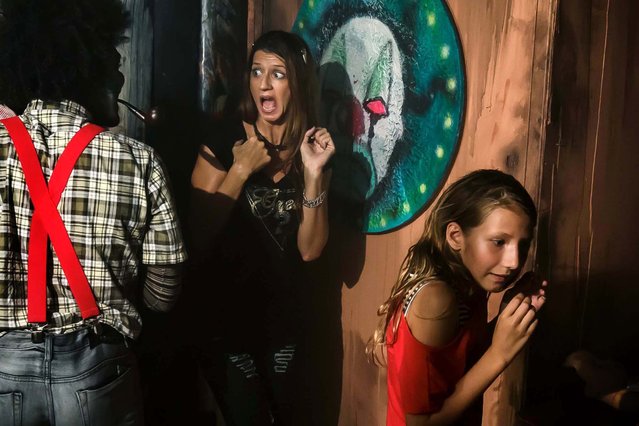 America’s Haunts, a trade association, estimates there are 1,200 for-profit haunted attractions in the U.S. plus another 3,000 haunted houses operated by charities that open for only a day or two every year. The commercial attractions collectively bring in from $300 million to $500 million annually. Fright Nights attendees make a turn through one of four haunted houses at this year's spooking season setup at the South Florida Fairgrounds. This house is named The Smiths and was created by Craig McInnis. (Photo by The Palm Beach Post)
Details
22 Oct 2013 08:59:00,post received 0 comments
Fact Halloween Surf Contest in Santa Monica 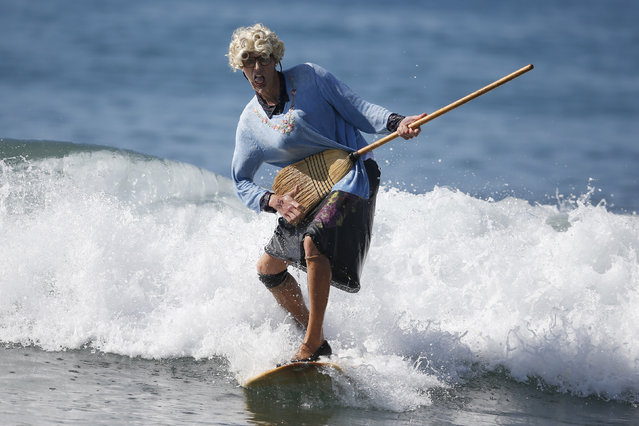