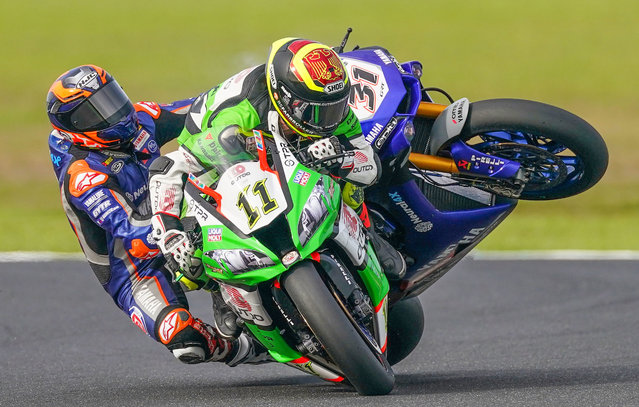 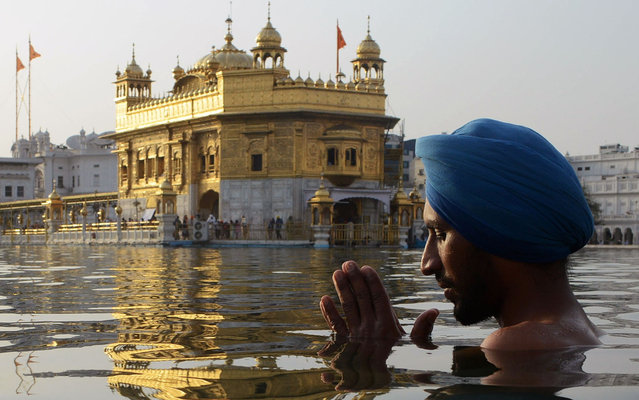 An Indian Sikh devotee takes a dip in the holy sarover (water tank) at the Golden Temple on the eve of “Ghallughara Diwas”, the 29th Anniversary of Operation Bluestar, in Amritsar on June 5, 2013. The 1984 assault on the Golden Temple complex by the Indian army was conducted in an attempt to arrest separatists Sikh leader Sant Jarnail Singh Bhindranwale and his militant followers who had initiated a movement for a separate Sikh state. (Photo by Narinder Nanu/AFP Photo)
Details
08 Jun 2013 11:00:00,post received 0 comments
Popular tags:
All tags
Last searches: