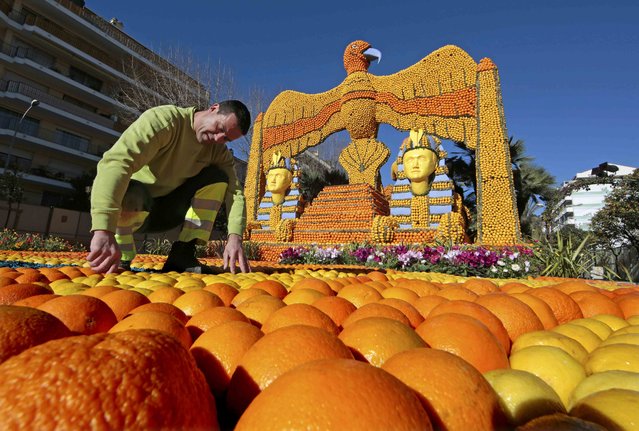 A worker puts the final touch to a replica of a giant eagle and pharaons made with lemons and oranges which shows a scene of the movie “Cleopatra” during the Lemon festival in Menton, southern France, February 10, 2016. Some 140 metric tons of lemons and oranges are used to make displays during the 83rd festival, which is themed “Cinecitta”, and runs from February 13 through March 2. (Photo by Eric Gaillard/Reuters)
Details
11 Feb 2016 12:41:00,post received 0 comments
Educative Bloodwood Tree 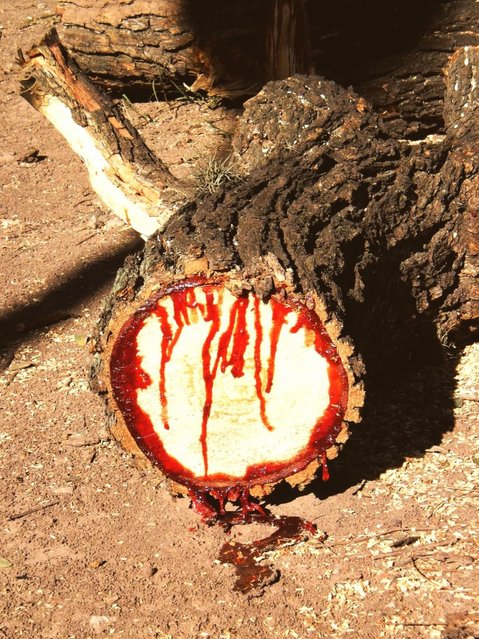 The bloodwood tree (Pterocarpus angolensis) is a deciduous tree with a high canopy, reaching about 15m in height and has dark bark. The red sap is used traditionally as a dye and in some areas mixed with animal fat to make a cosmetic for faces and bodies. It is also believed to have magical properties for the curing of problems concerning blood, apparently because of its close resemblance to blood. The name bloodwood for these trees stems from the dark red to brown sap that accumulates on wounds on the trunks.
Details
14 May 2014 12:44:00,post received 0 comments
Touching The 82th Lemon Festival in France 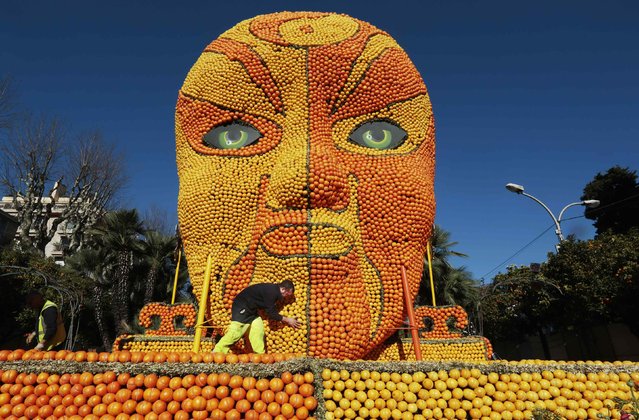 A worker puts the final touches to a replica of a Beijing opera mask made with lemons and oranges during the 82th Lemon festival in Menton February 12, 2015. Over 20,000 hours work for teams to set up the festival and some 145 metric tons of lemons and oranges are used to make displays during the 82th festival, which is themed “Tribulations of a lemon in China”, and runs from February 14 through March 4. (Photo by Eric Gaillard/Reuters)
Details
13 Feb 2015 13:11:00,post received 0 comments
Fact Tree House 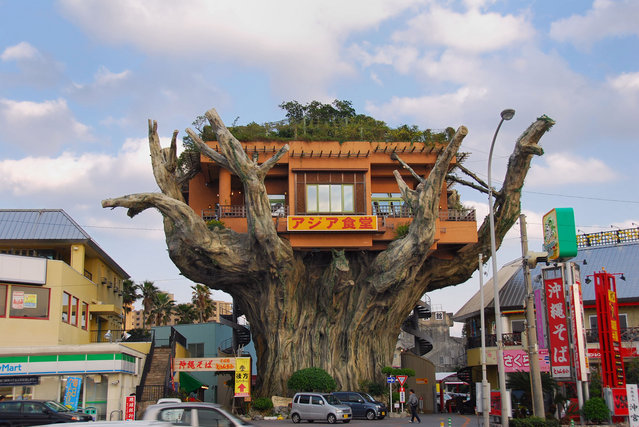 Tree houses, treehouses, or tree forts, are platforms or buildings constructed around, next to or among the trunk or branches of one or more mature trees while above ground level. Tree houses can be used for recreation, work space, habitation, observation or as temporary retreats.
Details
08 Jun 2015 11:01:00,post received 0 comments
Educative Tree “The President”

The President tree is the name of a giant sequoia located in the Giant Forest of Sequoia National Park in the United States, east of Visalia, California. The tree is believed to be at least 3,200 years old.
The tree was named after President Warren G. Harding in 1923. Nearby trees include Chief Sequoyah, the 27th largest giant sequoia in the world, and the Congress Group, two dense stands of medium sized sequoias that represent the "House" and "Senate".
Details
31 Mar 2013 10:13:00,post received 0 comments
Fact Kenya's Maasai Mark Rite of Passage 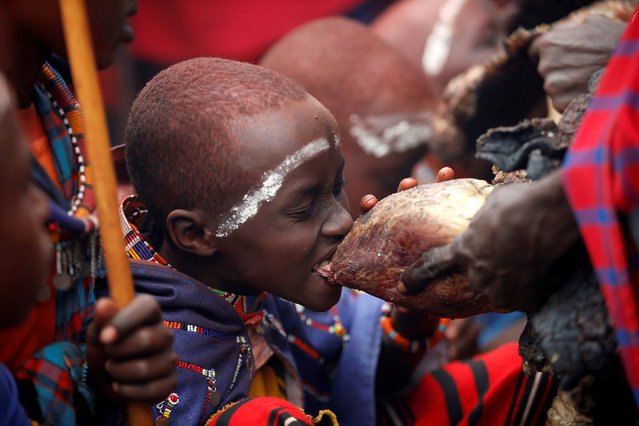 A Maasai boy bites a bull's heart during an initiation into an age group ceremony near the town of Bisil, Kajiado county, Kenya, August 23, 2018. Thousands of Kenyan boys had a blessing of milk and beer sprayed on them as part of a rare Maasai ethnic community initiation ceremony to mark their passing into early manhood. (Photo by Baz Ratner/Reuters)
Details
28 Aug 2018 00:01:00,post received 0 comments
Charming Spectacular Tree by Wang Yue 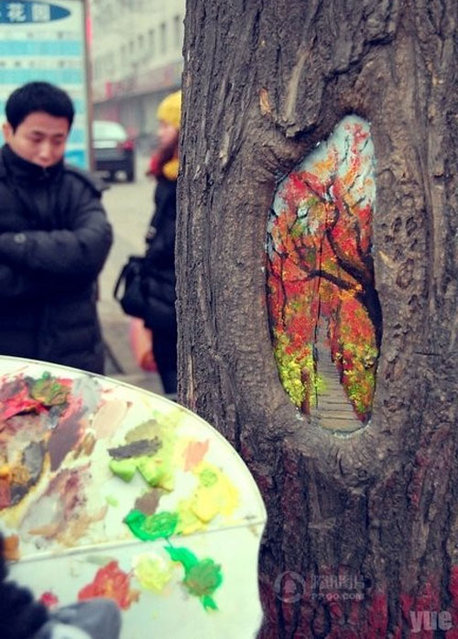 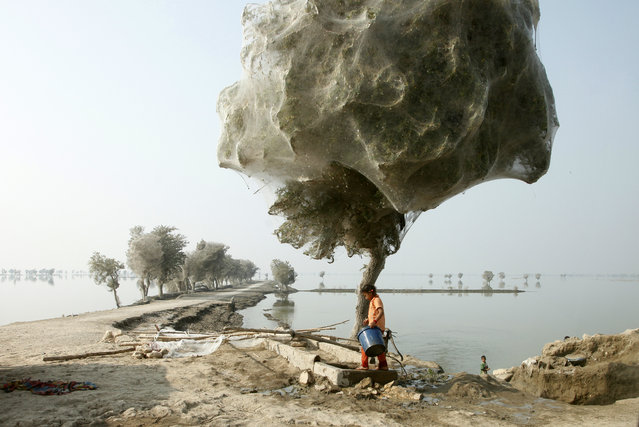 An unexpected side-effect of the flooding in parts of Pakistan has been that millions of spiders climbed up into the trees to escape the rising flood waters. Because of the scale of the flooding and the fact that the water has taken so long to recede, many trees have become cocooned in spiders’ webs.
Details
15 May 2014 11:22:00,post received 0 comments
Popular tags:
All tags
Last searches: