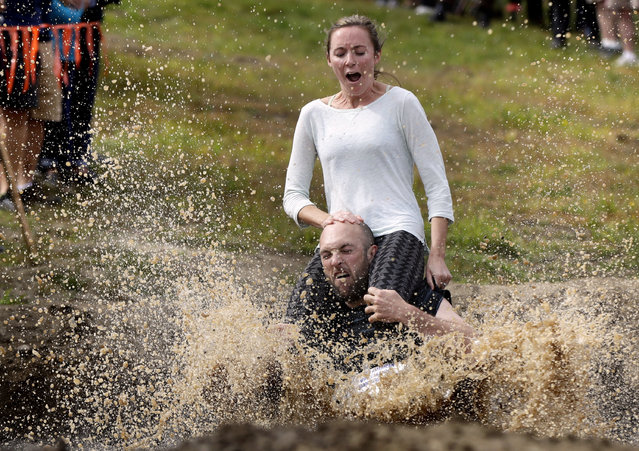 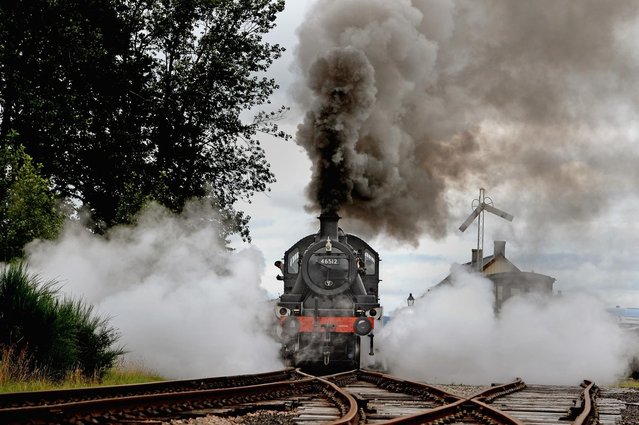 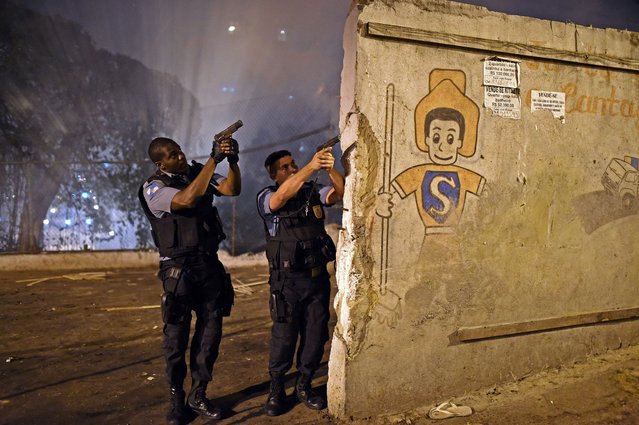 Rio de Janeiro's state military policemen aim their guns during a violent protest in a favela next to Copacabana, Rio de Janeiro on April 22, 2014. Violent protests broke out in Rio's landmark beachfront district, Copacabana, following the death of a resident last weekend during clashes with the Army in a nearby favela. (Photo by Christophe Simon/AFP Photo)
Details
24 Apr 2014 09:03:00,post received 0 comments
Fact Back to the Future Day 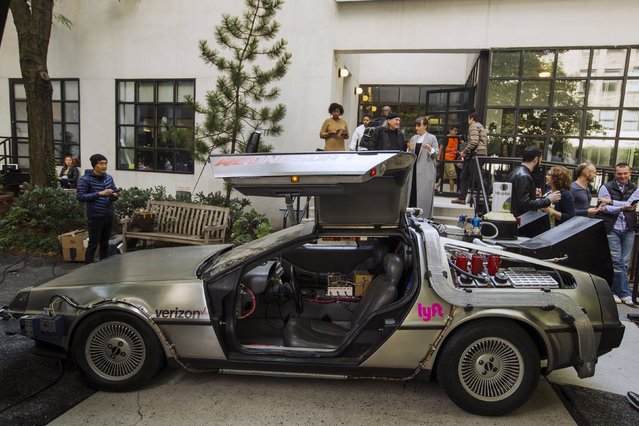 Pedestrians stop to look at and photograph a DeLorean Motor Company DMC-12 customized to look identical to the car used in the film "Back to the Future Part II" and that will be part of a Lyft promotion in New York, October 21, 2015. In the 1989 movie, main character Marty McFly traveled to the future to October 21, 2015. (Photo by Lucas Jackson/Reuters)
Details
24 Oct 2015 08:03:00,post received 0 comments
Touching Trabant Fans Gather In Zwickau 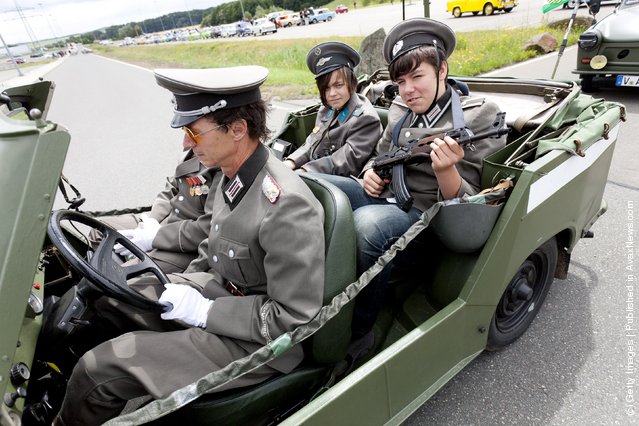 “The Trabant is a car that was produced by former East German auto maker VEB Sachsenring Automobilwerke Zwickau in Zwickau, Sachsen. It was the most common vehicle in East Germany, and was also exported to countries both inside and outside the communist bloc. The main selling points was that it had room for four adults and luggage in a compact, light and durable shell and that it was fast (when introduced) and durable. With its mediocre performance, smoky two-stroke engine, and production shortages, the Trabant is often cited as an example of the disadvantages of centralized planning; on the other hand, it is regarded with derisive affection as a symbol of the failed former East Germany and of the fall of communism (in former West Germany, as many East Germans streamed into West Berlin and West Germany in their Trabants after the opening of the Berlin Wall in 1989). It was in production without any significant changes for nearly 30 years with 3,096,099 Trabants produced in total”. – Wikipedia

Photo: Enthusiasts weared in uniforms of the former eastern german army trive in a military Trabant car as fans and owners of East German-era Trabant cars gather at the 2011 International Trabantfahrer Treffen (International Trabant Drivers Meeting) on June 26, 2011 in Zwickau, Germany. The Trabant, also known as the Trabi, was among the main cars produced in communist East Germany and built by VEB Sachsenring Automobilwerke in Zwickau for 30 years until 1989. Today the car has cult status for many followers and one company, IndiKar, is even seeking to revive the brand in a modern, electric version. (Photo by Carsten Koall/Getty Images)
Details
27 Jun 2011 12:21:00,post received 0 comments
Fact Berlin Marks 22nd Anniversary Of Berlin Wall Fall 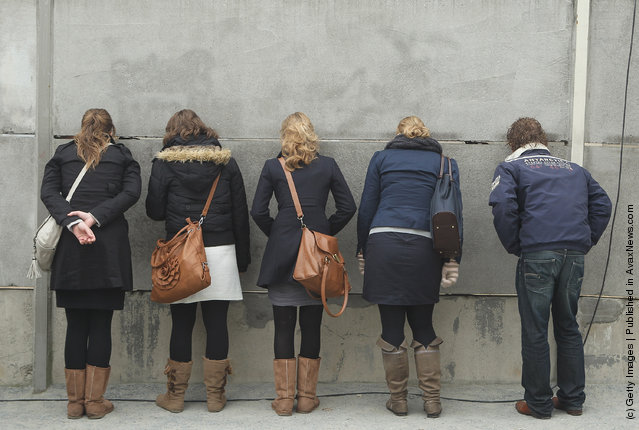 Tourists from Holland peak through a crack in a still-existing portion of the Berlin Wall at the main memorial to the Wall in Bernauer Strasse on the 22nd anniversary of the fall of the Wall on November 9, 2011 in Berlin, Germany. The Berlin Wall, erected by the communist authorities of then East Germany in 1961, divided the city and prevented East Germans from travelling west until the collapse of the Eastern Bloc in 1989. (Photo by Sean Gallup/Getty Images)
Details
10 Nov 2011 09:25:00,post received 0 comments
Fact Some Photos: Celebrities 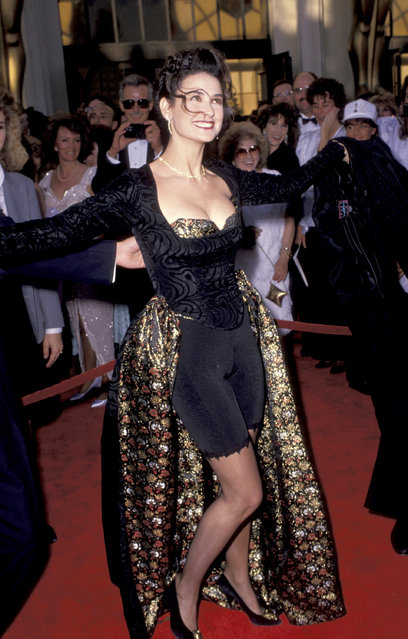 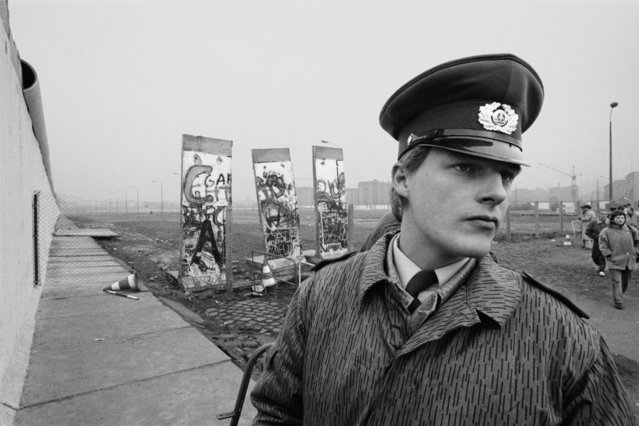