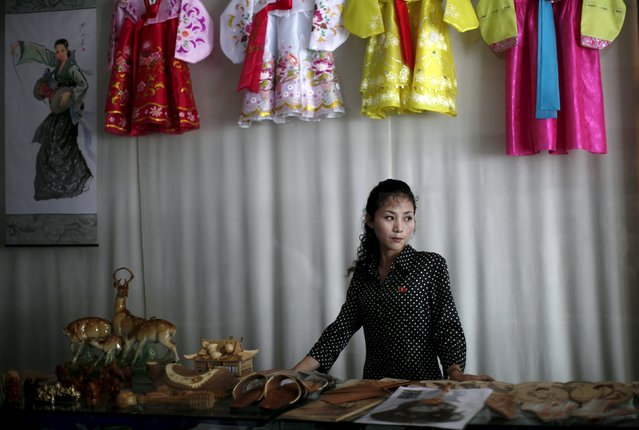 A woman stands in a gift shop in central Rason city, part of the special economic zone northeast of Pyongyang, in this August 30, 2011 file photo. North Korea is a militarized, male-dominated society, but it is women who are making the money as the insular nation allows an unofficial market-based economy to take shape. (Photo by Carlos Barria/Reuters)
Details
27 May 2015 00:07:00,post received 0 comments
Fact Women Fighters at a Kurdistan Workers Party 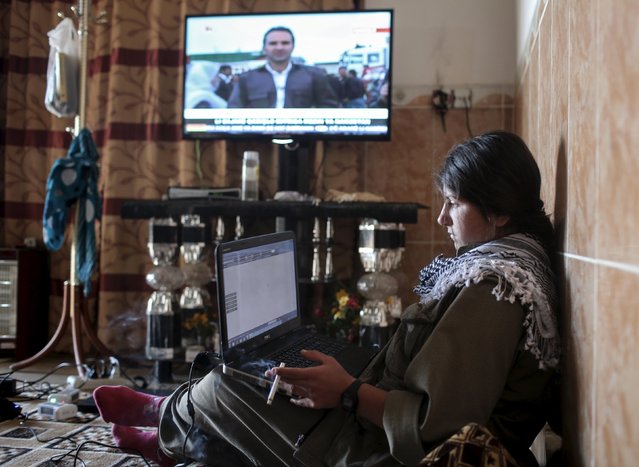 A female Kurdistan Workers Party (PKK) fighter works on her laptop while watching a Kurdish TV station at a base in the Sinjar mountains, March 11, 2015. Women fighters at a Kurdistan Workers Party (PKK) base on Mount Sinjar in northwest Iraq, just like their male counterparts, have to be ready for action at any time. Smoke from the front line, marking their battle against Islamic State, which launched an assault on northern Iraq last summer, is visible from the base. Many of the women have cut links with their families back home; the fighters come from all corners of the Kurdish region. (Photo by Asmaa Waguih/Reuters)
Details
04 May 2015 09:44:00,post received 0 comments
Fact A Look at Life in North Korea 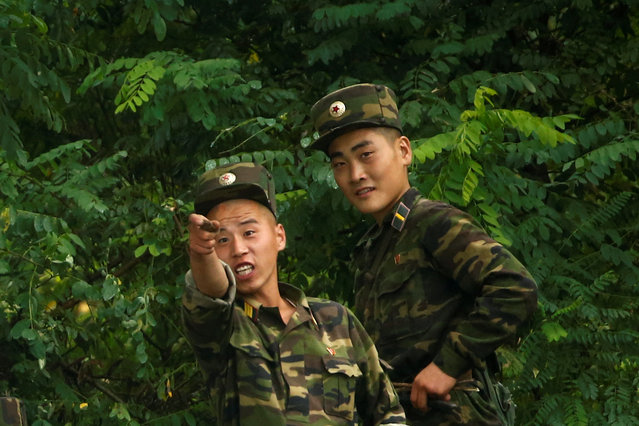 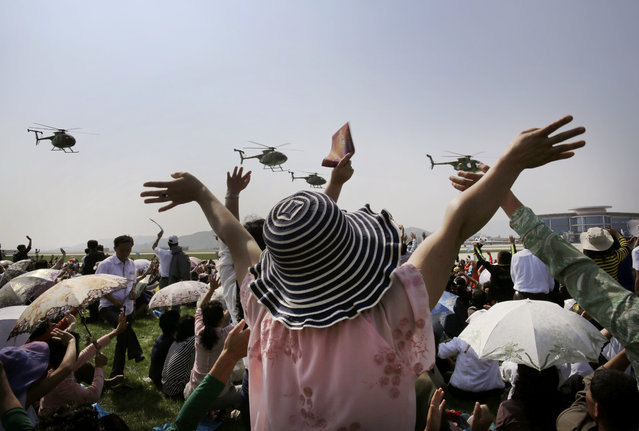 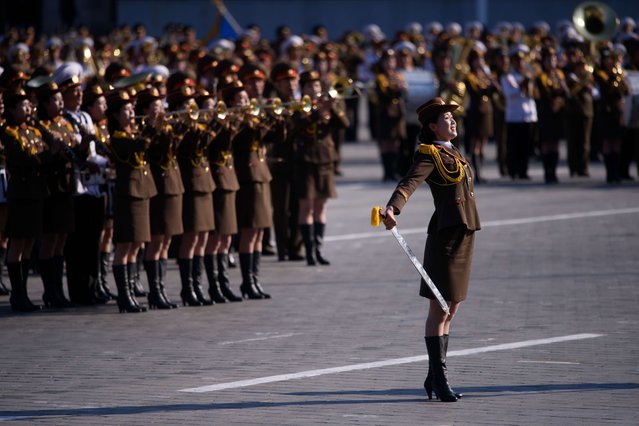 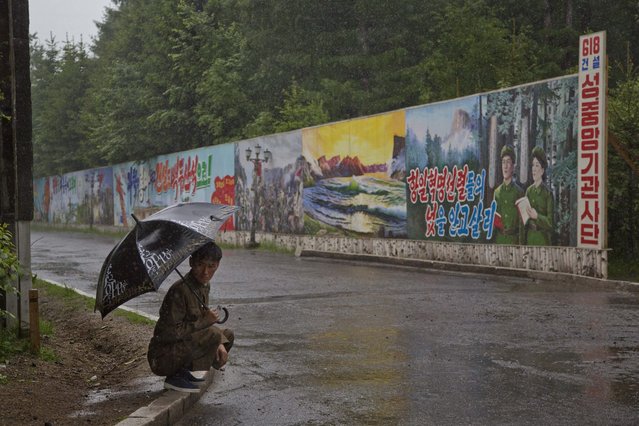 In this June 17, 2014 photo, a North Korean man takes shelter in the rain next to long propaganda billboards in the town of Samjiyon in North Korea's Ryanggang province. The Associated Press was granted to embark on a weeklong road trip across North Korea to the country’s spiritual summit Mount Paektu. The trip was on North Korea's terms. An AP reporter and photographer couldn't interview ordinary people or wander off course, and government “minders” accompanied them the entire way. (Photo by David Guttenfelder/AP Photo)
Details
23 Oct 2014 11:51:00,post received 0 comments
Fact Some Photos: North Korea 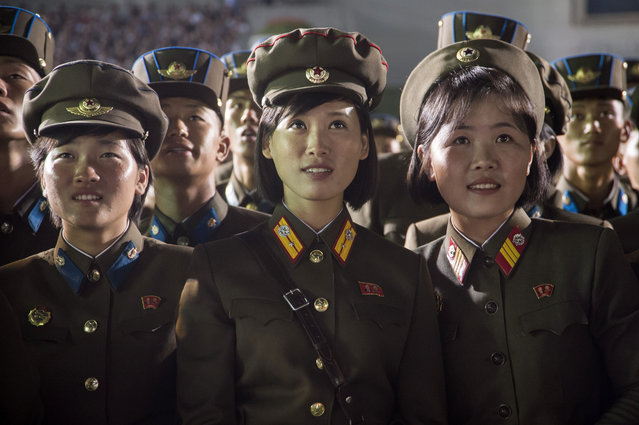 In a photo taken on July 6, 2017 soldiers of the Korean People' s Army (KPA) watch a fireworks display as part of celebrations marking the July 4 launch of the Hwasong-14 intercontinental ballistic missile, in Pyongyang Fireworks lit up the sky over Pyongyang' s Juche Tower as North Korea celebrated its launch of intercontinental ballistic missile, a milestone in its decades- long weapons drive. On July 4 – the United States' Independence Day – it launched a Hwasong-14 rocket that analysts and overseas officials said had a range of up to 8,000 kilometres, which would put Alaska and Hawaii within reach. (Photo by Kim Won-Jin/AFP Photo)
Details
14 Jul 2017 07:17:00,post received 0 comments
Fact A Look at Life in North Korea 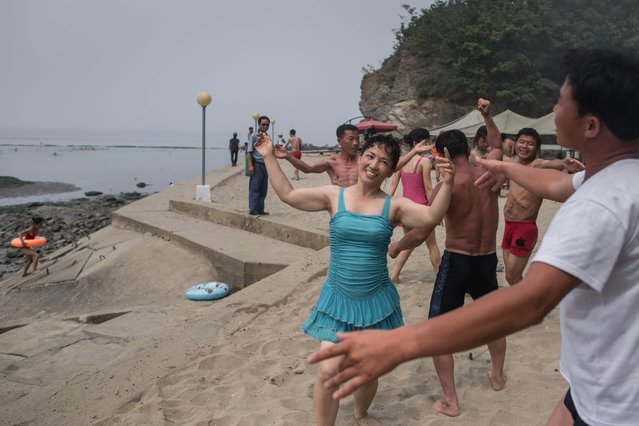 A photo taken on July 22, 2017 shows beach- goers dancing at the West Sea Barrage beach outside the coastal city of Nampo, southwest of Pyongyang. The West Sea Barrage beach features as a stopping point for foreign tourists, and is a destination for North Korean work groups from the neighbouring area. The beach lies at the end of an eight- kilometre- long barrage that separates the sea from the Taedong River, which runs through Pyongyang. (Photo by Ed Jones/AFP Photo)
Details
04 Aug 2017 09:09:00,post received 0 comments
Popular tags:
All tags
Last searches: