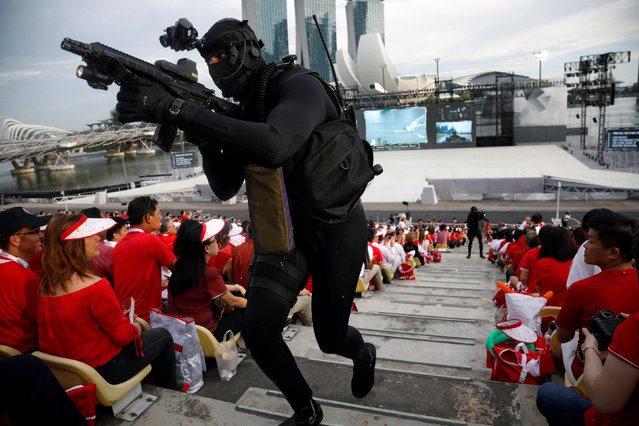 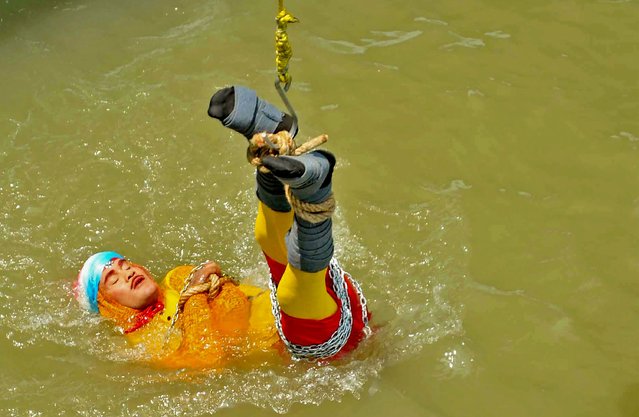 In this photo taken on June 16, 2019 Indian stuntman Chanchal Lahiri, known by his stage name “Jadugar Mandrake”, is lowered into the Ganges river, while tied up with steel chains and ropes, in Kolkata. An Indian magician who went missing after being lowered into a river tied up in chains and ropes in a Houdini-inspired stunt is feared drowned, police said June 17. (Photo by AFP Photo/Stringer)
Details
19 Jun 2019 00:01:00,post received 0 comments
Popular tags:
All tags
Last searches: