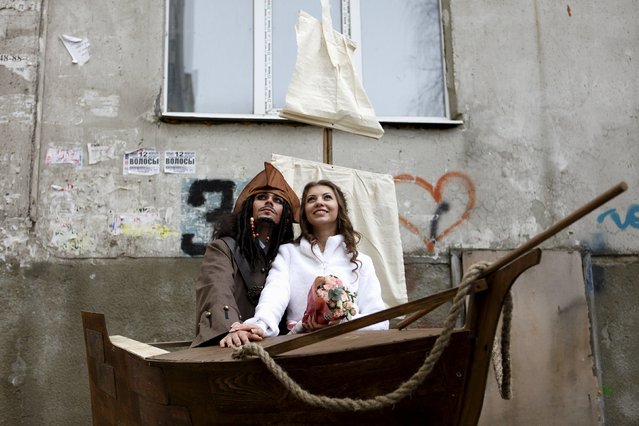 German Yesakov, 25, a cameraman from Russia, dressed as movie character Captain Jack Sparrow, and his bride Anastasiya pose with a sailing ship decoration during their wedding ceremony in the southern city of Stavropol, Russia, February 5, 2016. Yesakov dressed as the Pirates of the Caribbean character and picked the film for the theme of his wedding as a surprise to his 17-year-old bride Anastasiya. (Photo by Eduard Korniyenko/Reuters)
Details
06 Feb 2016 13:16:00,post received 0 comments
Touching Pirate Radio In The United Kingdom 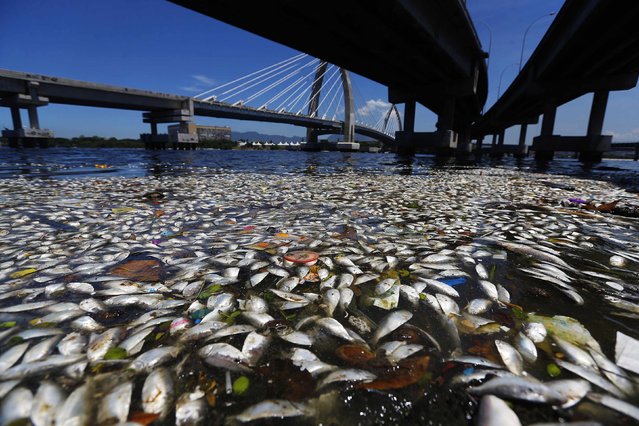 Dead fish are pictured on the banks of the Guanabara Bay in Rio de Janeiro February 24, 2015. International Olympic Committee members meeting in Rio de Janeiro this week will understand if its waters are not completely clean for the sailing events in 2016, the state's governor said on Monday. (Photo by Ricardo Moraes/Reuters)
Details
01 Mar 2015 00:23:00,post received 0 comments
Fact Daily Life at Lambert’s Bay 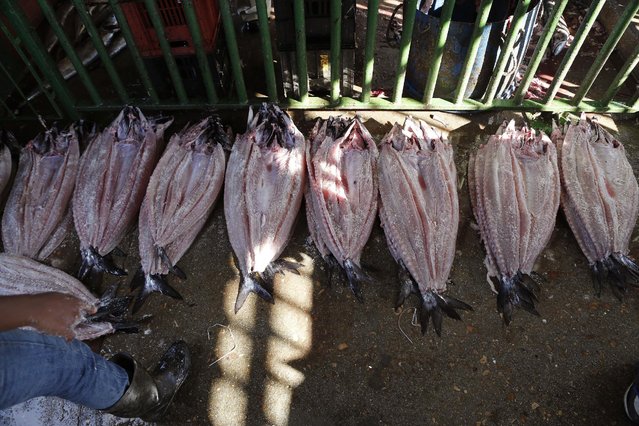 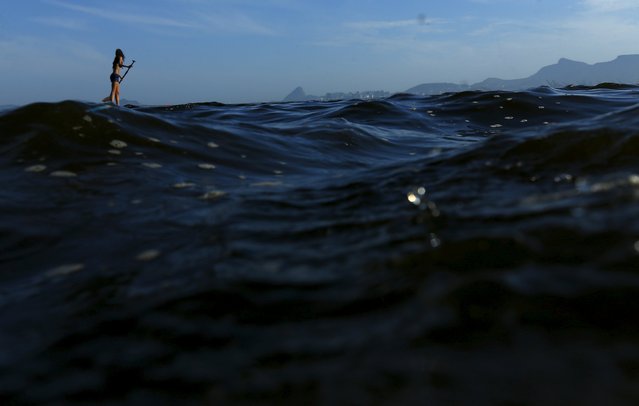 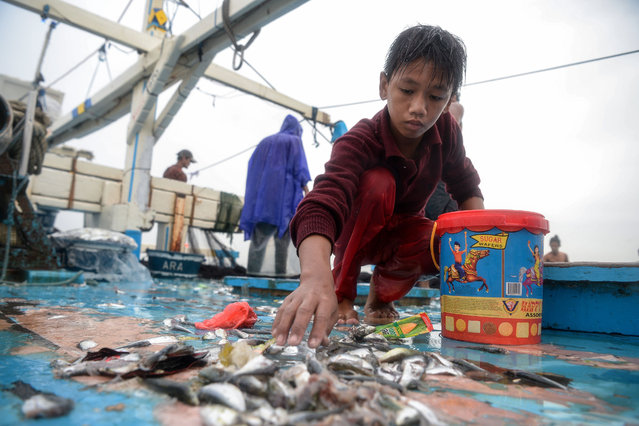 In this photo taken on March 16, 2019, 13-year-old Reymark Cavesirano collects left over herring onboard a fishing boat anchored at the mouth of Manila Bay off Navotas City in suburban Manila. Cavesirano, a grade five student, paddles to the anchored fishing boats and helps crew clean their nets, and in exchange collects leftover herring still tangled in the nets. Across the Philippines, there are 5 million child labourers, aged between five and 17, many of them working in dangerous conditions. About 22 million people – a fifth of the population – live below the national poverty line. (Photo by Ted Aljibe/AFP Photo)
Details
12 Apr 2019 00:03:00,post received 0 comments
Fact Surfing Santa's at Fistral Bay 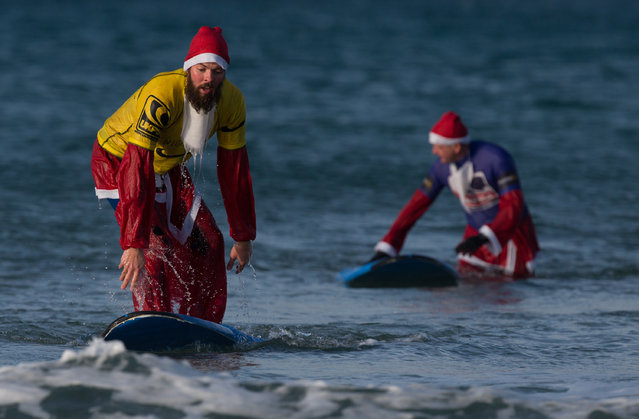 A surfer dressed as Santa gets to his feet as he braves the cold seas and near flat waves during the annual Surfing Santa as part of the Santa Run and Surf 2016 at Fistral Beach in Newquay on December 4, 2016 in Cornwall, England. Now in its third year, the santa surf and fun run is organised by Fistral Surf Center and Cornwall Hospice Care and raises funds for local charities. (Photo by Matt Cardy/Getty Images)
Details
06 Dec 2016 10:30:00,post received 0 comments
Fact Marina Bay Sands Hotel