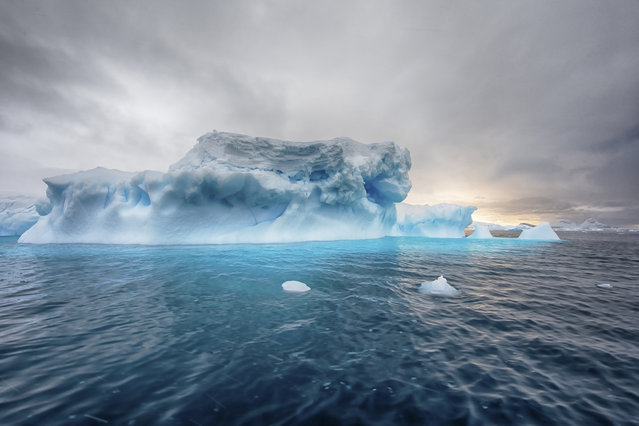 A serene turquoise glow glimmers from underneath these powerful icebergs. Stood in the middle of Antarctica, the giant icebergs appear to be from an unearthly world. These stunning photographs were captured by American photographer Michael Leggero. “My images show pure nature, as that is how I describe Antarctica, simply pure nature”, says the 43 year old, of Carthage, New York. “It is the only place on our planet that humans have not left a presence behind”. (Photo by Michael Leggero/Hotspotmedia/Visual Press Agency)