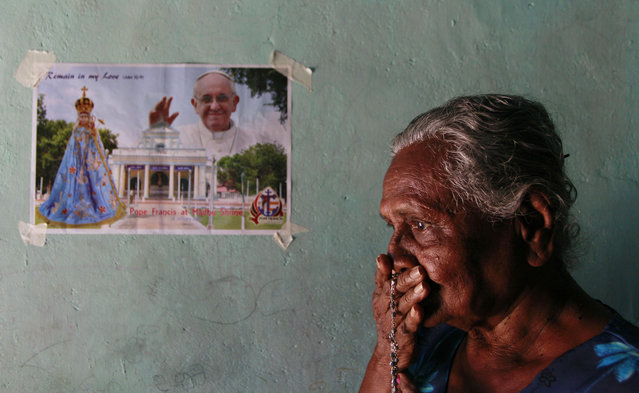 In this Wednesday, January 7, 2015 photo, a Sri Lankan Catholic devotee Rita Anthony kisses her rosary as she prays inside her house in Colombo, Sri Lanka. The Vatican has said that it hopes that Sri Lanka's Christians can play a role in helping heal the wounds of the island nation's bloody 25-year civil war, when the Tamil Tiger rebels fought to create a separate homeland in the north for the minority Tamils, who are mostly Hindu. The war came to a bloody end in 2009, but many Tamils say they feel forgotten by the central government, which is dominated by the country's ethnic Sinhala majority, which is overwhelmingly Buddhist. Sri Lanka's Christians come from both the Tamil and the Sinhala communities, making them a natural bridge between the two sides. (Photo by Eranga Jayawardena/AP Photo)
Details
11 Jan 2015 13:40:00,post received 0 comments
Fact Celebrations in Sri Lanka 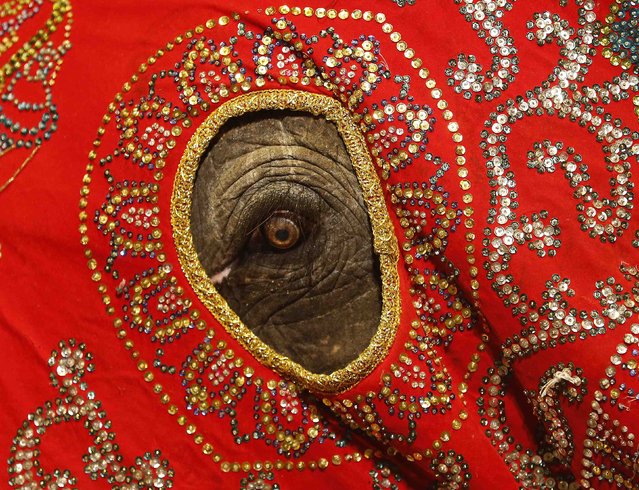 A decorated elephant march at the Navam Perahera, a Buddhist pageant of elephants, dancers and drummers, in Colombo February 3, 2015. Over 50 elephants participated in the street parade for Gangaramaya temple's annual Perahera festival, along with a nightly procession of traditional dancers, fire twirlers and traditional musicians. (Photo by Dinuka Liyanawatte/Reuters)
Details
05 Feb 2015 12:49:00,post received 0 comments
Fact A Look at Life in Sri Lanka 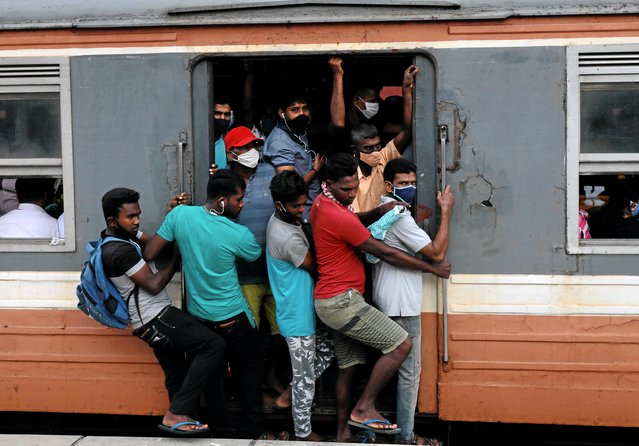 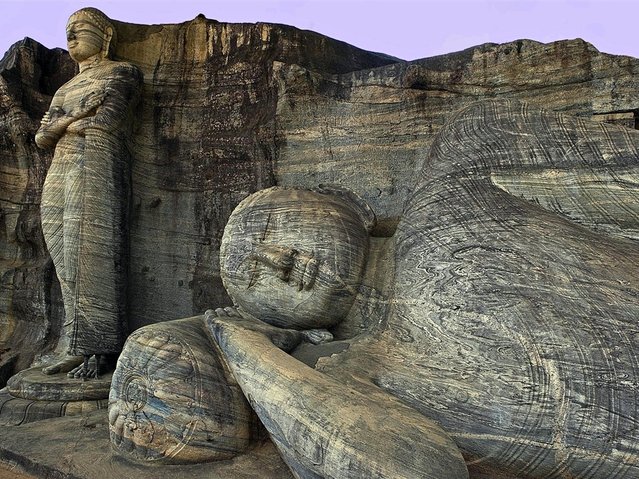 Sri Lanka officially the Democratic Socialist Republic of Sri Lanka, is an island country in the northern Indian Ocean off the southern coast of the Indian subcontinent in South Asia. Known until 1972 as Ceylon Sri Lanka has maritime borders with India to the northwest and the Maldives to the southwest.
Details
24 Aug 2013 08:59:00,post received 0 comments
Fact Torrential Rains in Sri Lanka 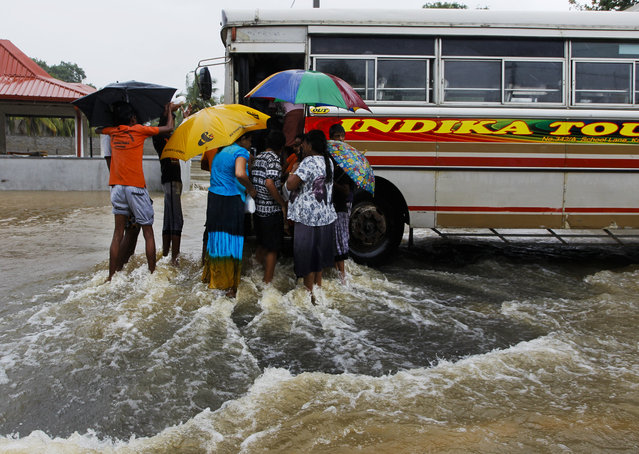 Sri Lankan flood victims flock around a bus to receive food parcels on a inundated road in Colombo, Sri Lanka, Tuesday, May 17, 2016. The Disaster Management Center said that 114 homes have been destroyed and more than 137,000 people have been evacuated to safe locations as heavy rains continue. (Photo by Eranga Jayawardena/AP Photo)
Details
18 May 2016 14:31:00,post received 0 comments
Fact A Look at Life in Sri Lanka 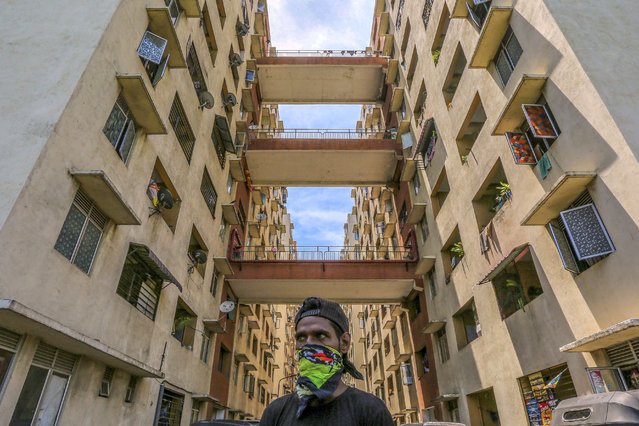 A Sri Lankan man use a scarf as a protective mask as he waits for a swab test at a locked-down area in Colombo, Sri Lanka, 14 May 2020. The Sri Lankan government has started lifting most of the restrictions implemented nearly two months ago in a bid to slow down the spread of the SARS-CoV-2 coronavirus causing the COVID-19 disease and is preparing for a full reopening of businesses and a resumption of activities to avoid an economic slump. (Photo by Chamila Karunarathne/EPA/EFE/Rex Features/Shutterstock)
Details
02 Jul 2020 00:05:00,post received 0 comments
Fact A Look at Life in Sri Lanka 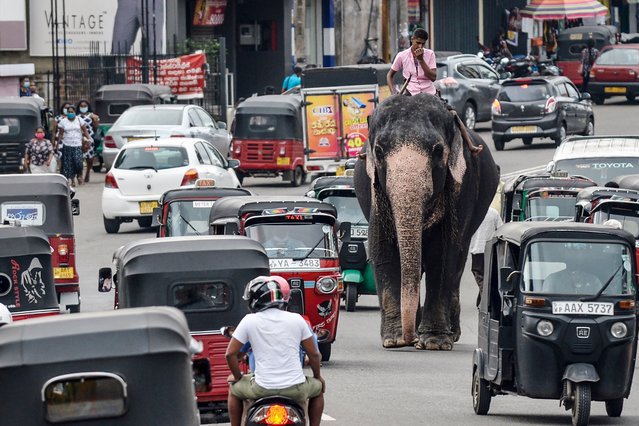 A mahout rides an elephant among the traffic down a street in Piliyandala, a suburb of Sri Lanka's capital Colombo on September 27, 2020. (Photo by Lakruwan Wanniarachchi/AFP Photo)
Details
17 Oct 2020 00:01:00,post received 0 comments
Fact Fishermen Sri Lanka's 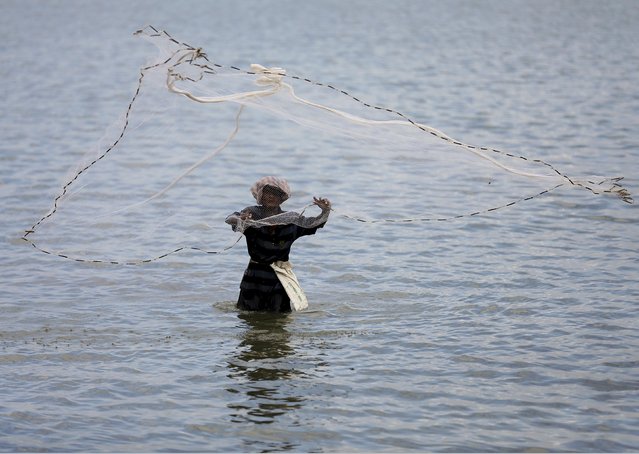