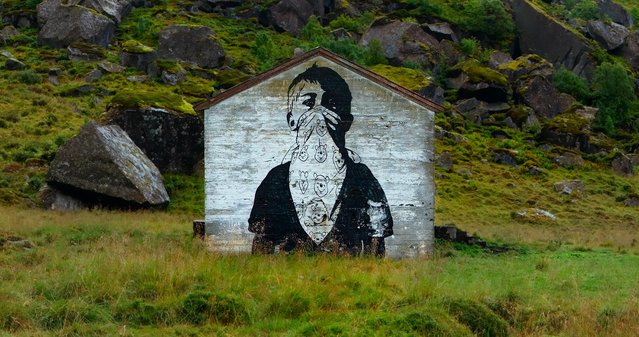 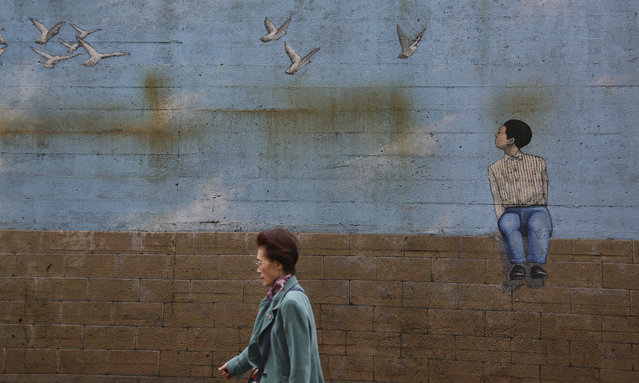 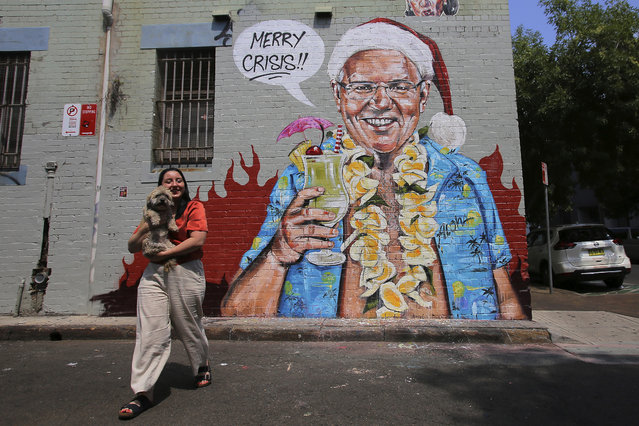 A mural depicting Prime Minister Scott Morrison wearing an unbuttoned Hawaiian shirt, orange lei and Santa Claus hat while holding a cocktail by artist Scott Marsh is seen on a wall in Sydney, Wednesday, December 25, 2019. Morrison was under pressure since taking a much criticized family vacation to Hawaii during the wildfire crisis.(Photo by Steven Saphore/AAP Images via AP Photo)
Details
19 Feb 2020 00:03:00,post received 0 comments
Fact Street Art around the World 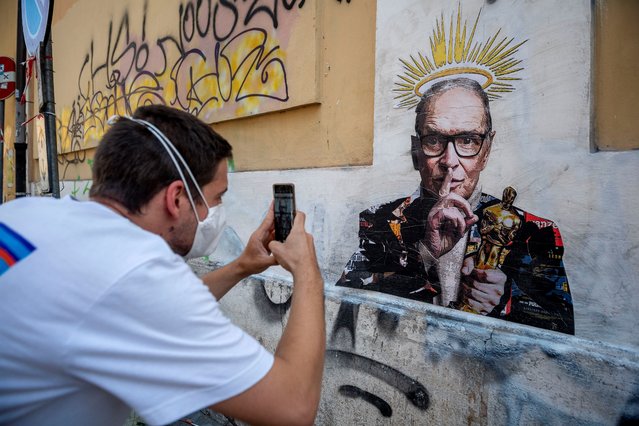 A man takes a picture of the mural painted by the street artist Harry Greb depicting the Italian music composer Ennio Morricone, a day after the 91-year-old composer's death, on July 7, 2020 in Rome, Italy. (Photo by Antonio Masiello/Getty Images)
Details
15 Jul 2020 00:03:00,post received 0 comments
Fact Street Art around the World 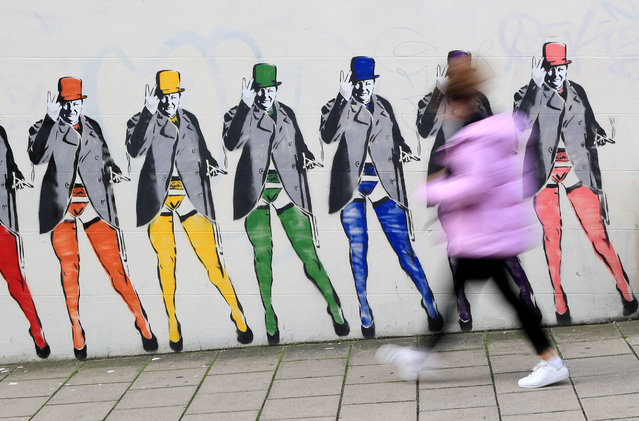 Mural of wartime leader Sir Winston Churchill wearing stockings and suspenders and giving the “V” sign by illusive local artist who goes by the name Horace, on the side of the Sandpiper guest house in Brighton on November 22, 2020. (Photo by Gareth Fuller/PA Images via Getty Images)
Details
09 Dec 2020 00:03:00,post received 0 comments
Fact Street Art around the World 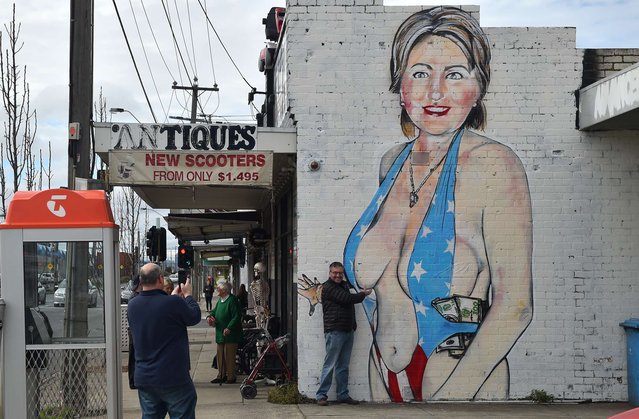 A man poses for a photograph in front of a mural of Democrat US presidential nominee Hillary Clinton clad in a swimsuit bearing the colours of the US flag in West Footscray in Melbourne on July 30, 2016. An Australian mural of US presidential nominee Hillary Clinton in a revealing, stars and stripes swimsuit may be taken down, after it has reportedly been deemed offensive. (Photo by Paul Crock/AFP Photo)
Details
02 Aug 2016 08:23:00,post received 0 comments
Fact Playful Street Art by OakOak 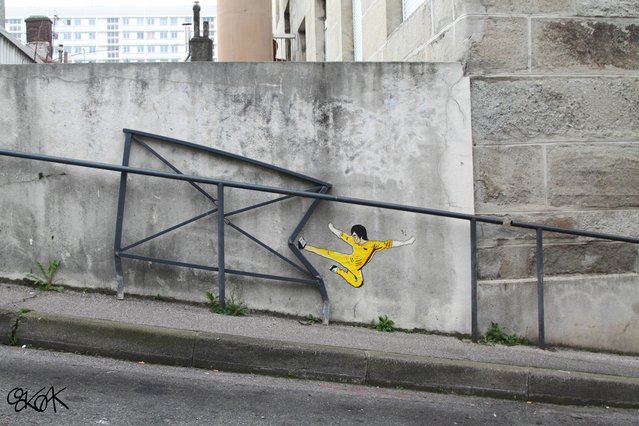 French street artist OakOak produces creative works of art that use the characteristics of a location such as a light post, road sign and even a crack in the wall as inspiration but also as key elements in the work. (Photo by OakOak)
Details
08 Apr 2014 10:21:00,post received 0 comments
Fact Berlin is Mecca for Street Art 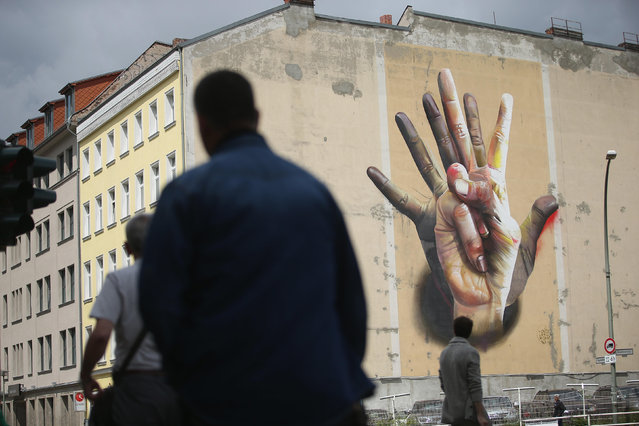 The giant mural titled “Under the Hand” by Maclaim Crew is visible on a building facade in Kreuzberg district on June 26, 2014 in Berlin, Germany. Berlin, with its long tradition of counter-culture, has become a mecca for street art of all dimensions and messages. (Photo by Sean Gallup/Getty Images)
Details
30 Jun 2014 12:23:00,post received 0 comments
Popular tags:
All tags
Last searches: