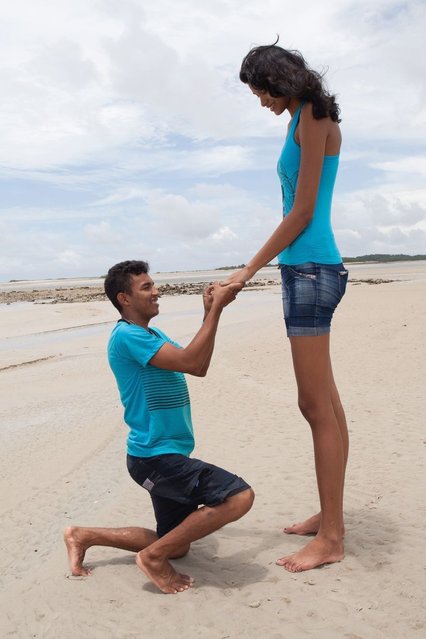 Brazil's tallest teen is set marry her beau – despite him being over a foot smaller than her. Elisany da Cruz Silva (18) is a staggering 6ft 8ins (206 cm) tall while her compact fiancee Francinaldo da Silva Carvalho is only 5ft 4ins (162 cm). Despite a massive 1ft 4ins between them, Francinaldo had no problem increasing the distance by dropping to one knee after a romantic stroll along the beach. (Photo by Barcroft Media)
Details
22 May 2014 04:50:00,post received 0 comments
Fact Cuba Says Goodbye to Fidel 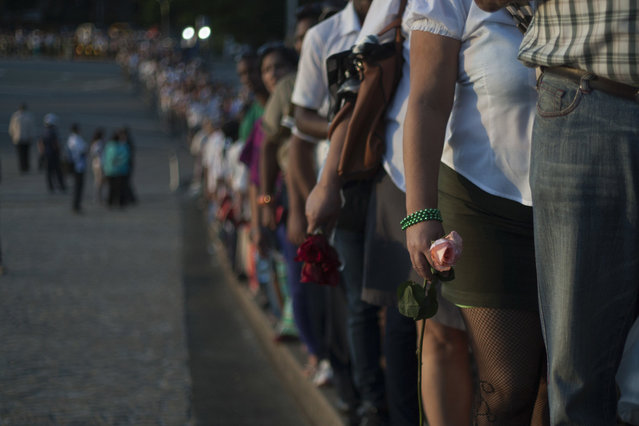 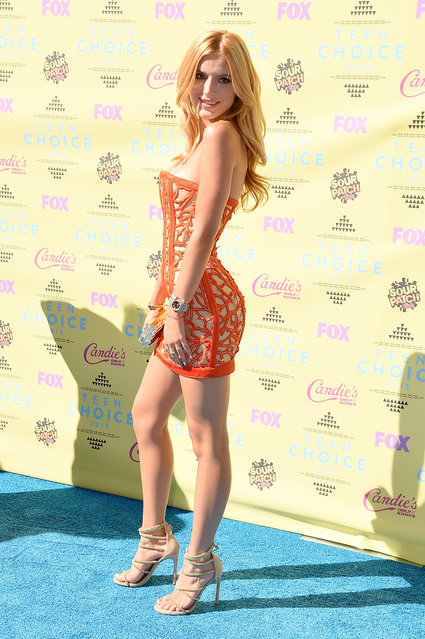 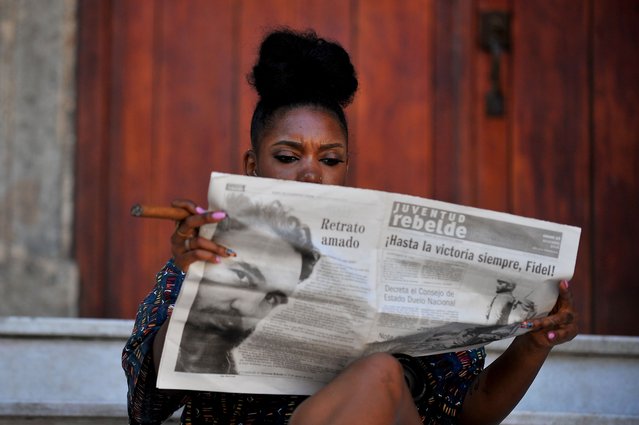 A woman smokes a cigar as she reads the newspaper in a street of Havana, on November 26, 2016, the day after Cuban revolutionary leader Fidel Castro died aged 90. One of the world's longest-serving rulers and modern history's most singular characters, Castro defied 11 US administrations and hundreds of assassination attempts. (Photo by Yamil Lage/AFP Photo)
Details
27 Nov 2016 09:13:00,post received 0 comments
Fact 2012 Teen Choice Awards – Arrivals 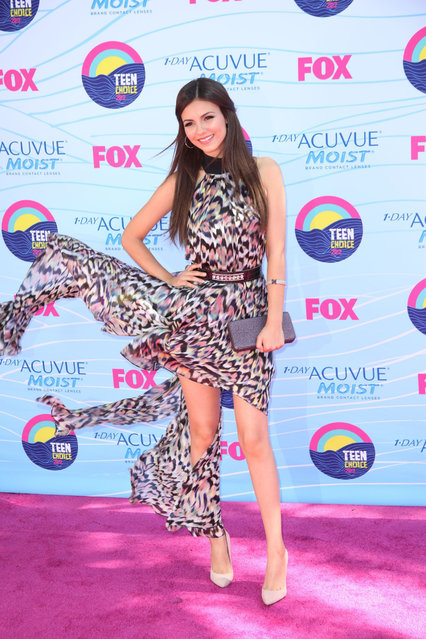 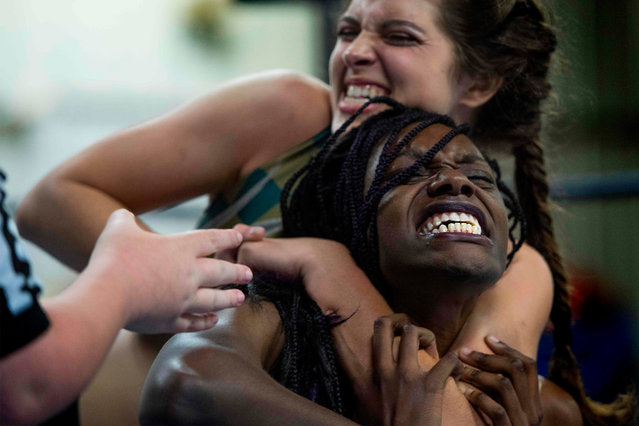 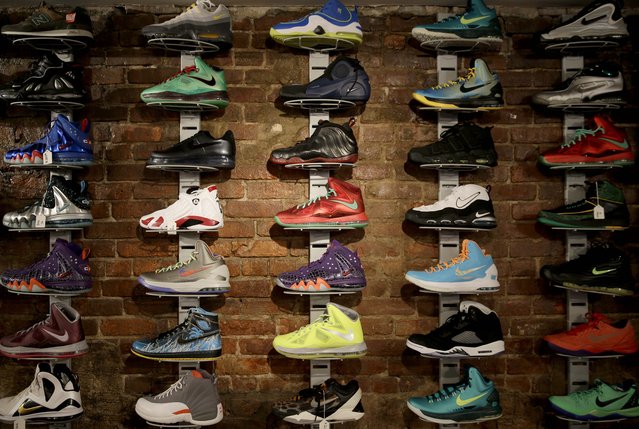 In this January 12, 2015 photo, a wall of collectable sneakers are displayed at Sneaker Pawn in the Harlem section of New York. Basketball sneakers can re-sell for hundreds of dollars, depending on the model, the size of the production run and how easy it is to find a pair in good condition. (Photo by Seth Wenig/AP Photo)
Details
15 Jan 2015 13:55:00,post received 0 comments
Fact A Look at Life in Cuba, Part 2/2 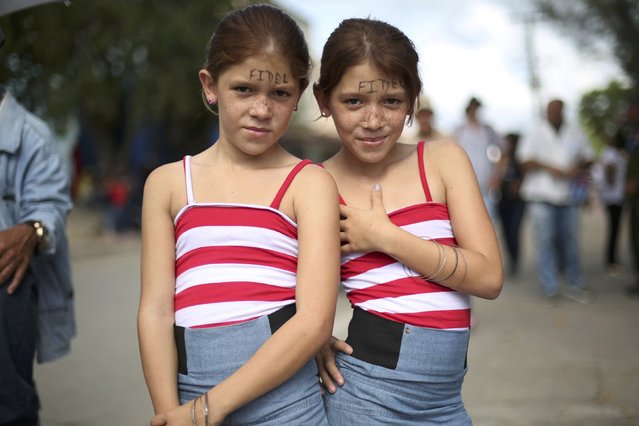