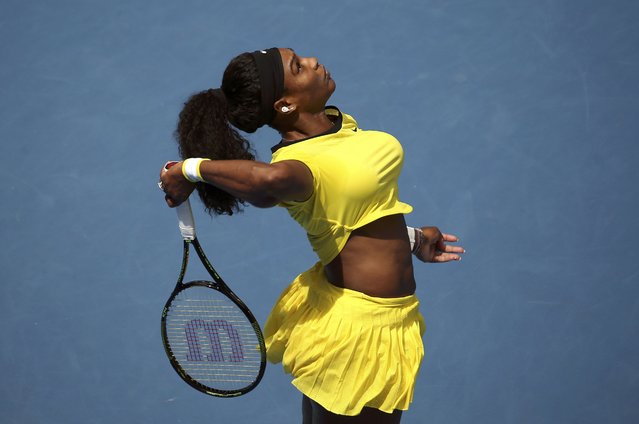 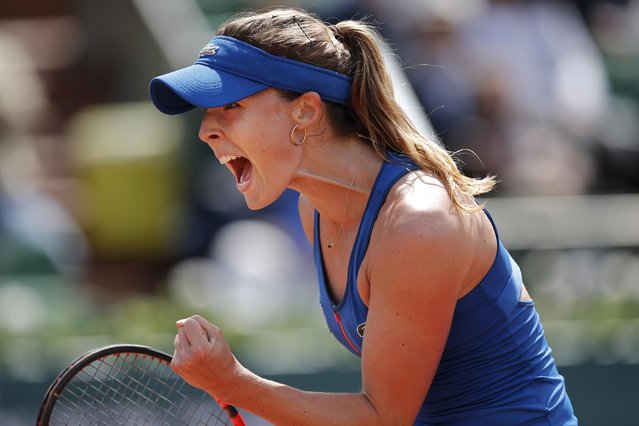 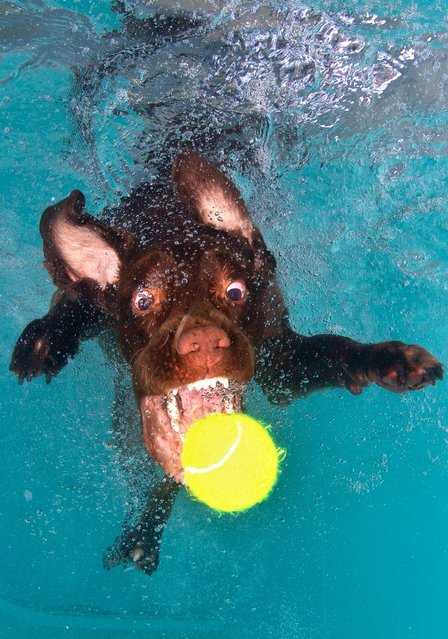 Photographer Lucy Ray says she has been scratched by the pooches who are diving underwater to try and catch a tennis ball. Their wide-eyed desperation has been captured by a specialist underwater photographer who admits she has been bitten and scratched by the pooches who only had eyes for the ball. Lucy Ray, 34, said: “A dog could have the cutest face on land but as soon as they get in the water they can be terrifying. Their eyes bulge and teeth shoot out of their mouth just like an alien as they try to catch the ball”. (Photo by Lucy Ray)
Details
15 Sep 2014 10:47:00,post received 0 comments
Fact Simply Some Photos: Tennis 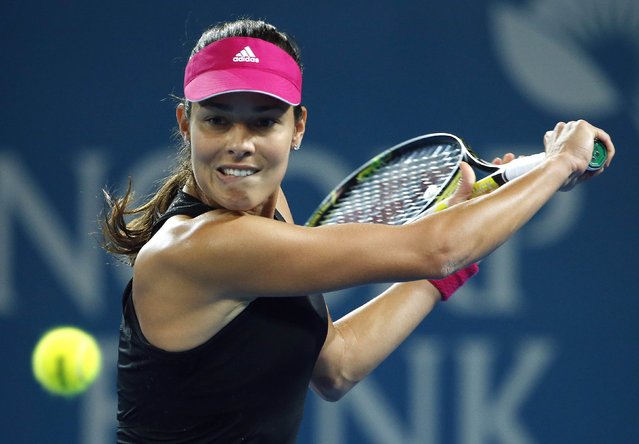 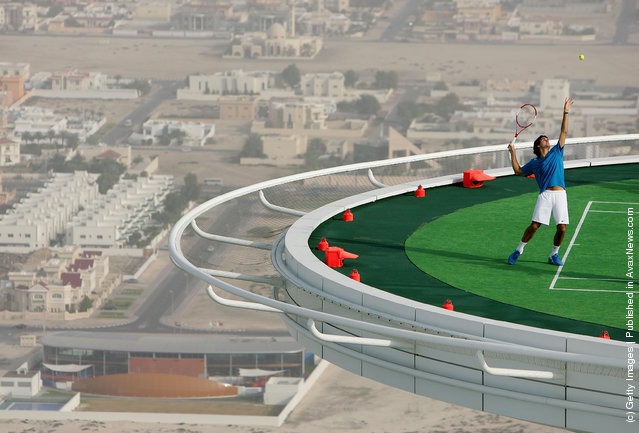 In preparation for the Dubai Duty Free Men's Open, Andre Agassi and Roger Federer of Switzerland, couldn't resist the temptation to have a friendly “hit” on the world's most unique tennis court, the Helipad of the Burj Al Arab, the world's most luxurious hotel. Standing 321 metres high on a man made island, the majestic Burj Al Arab is without doubt the most recognizable hotel in the world. The hotel's helipad, which is situated 211 metres high covers a surface area of 415 square metres. The pictures were taken on February 22, 2005, in Dubai, United Arab Emirates. (Photo by Getty Images for Dubai Duty Free)
Details
18 Jul 2011 13:40:00,post received 0 comments
Fact Simply Some Photos: 2014 US Open Tennis Tournament 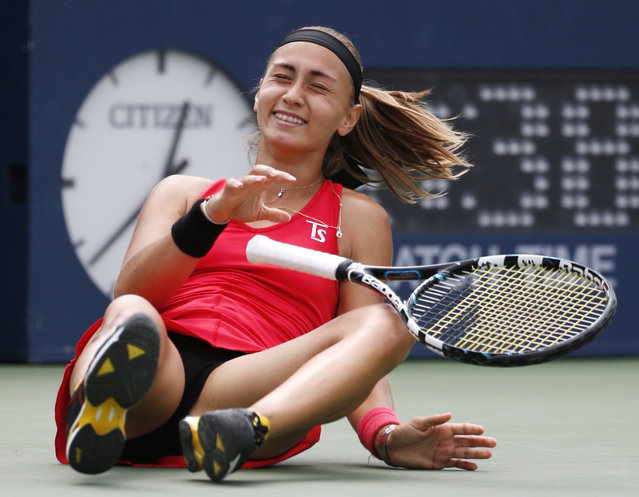 Aleksandra Krunic, of Serbia, drops to the court after defeating Petra Kvitova, of the Czech Republic, during the third round of the 2014 U.S. Open tennis tournament, Saturday, August 30, 2014, in New York. (Photo by Kathy Willens/AP Photo)
Details
04 Sep 2014 08:10:00,post received 0 comments
Fact Dresses this Week, Part 1/2 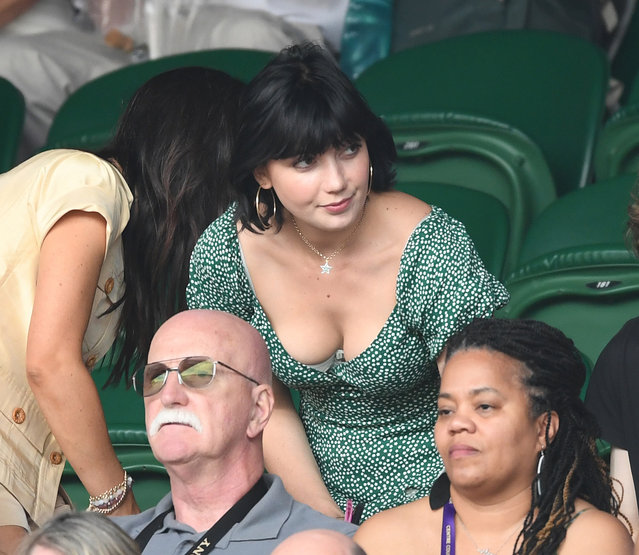 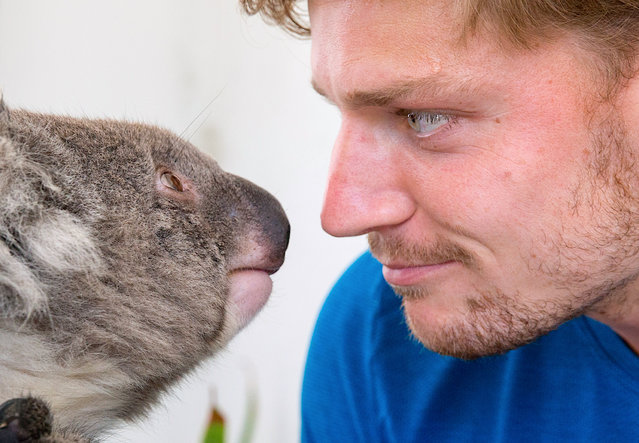