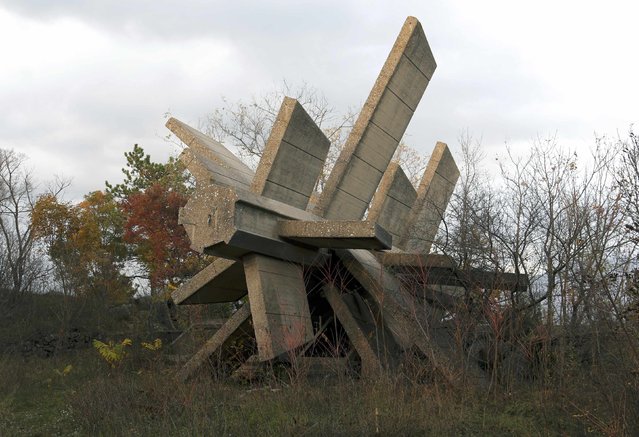 General view of the monument to memory of soldiers who liberated the city of Knin – in Knin, Croatia on November 10, 2014. Across the former Yugoslavia stand giant monuments to a state that no longer exists, once visited and celebrated during public holidays such as Republic Day on November 29, marking the creation of socialist Yugoslavia. Many are now neglected or ignored, aging symbols of a joint state forged during World War Two but torn apart by nationalism half a century later. Republic Day is no longer marked in any of the seven independent states that emerged from its ashes. (Photo by Antonio Bronic/Reuters)
Details
01 Dec 2014 14:00:00,post received 0 comments
Fact Legacy of a Romanian Mine 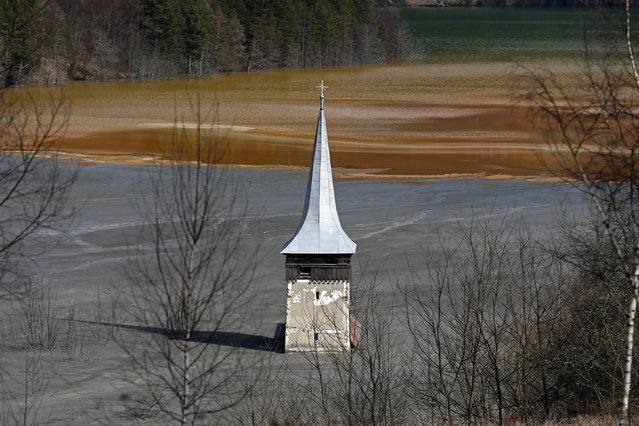 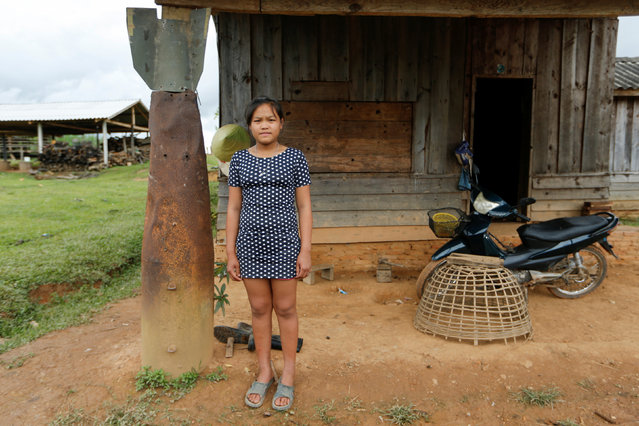 A girl poses at an entrance of her house next to a bomb dropped by the U.S. Air Force planes during the Vietnam War, in the village of Ban Napia in Xieng Khouang province, Laos September 3, 2016. From 1964 to 1973, U.S. warplanes dropped more than 270 million cluster munitions on Laos, one-third of which did not explode, according to the Lao National Regulatory Authority. (Photo by Jorge Silva/Reuters)
Details
06 Sep 2016 10:30:00,post received 0 comments
Fact A Tragic Legacy of Duterte’s War on Drugs 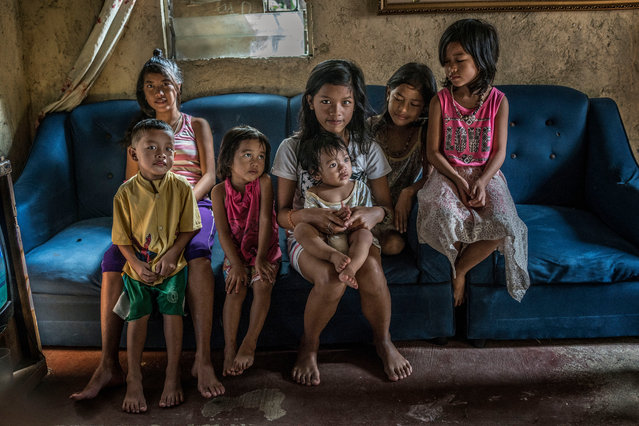 Since Rodrigo Duterte became president last year, his brutal campaign against drugs has claimed thousands of lives. Human rights groups say he is guilty of crimes against humanity, yet that is scant comfort to those mourning loved ones. Here: Constantino de Juan’s seven children sit on a sofa that still bears the bullet hole from their father’s shooting. Juan was preparing a spaghetti dinner on his daughter’s birthday when he was killed. (Photo by James Whitlow Delano/Funded by the Pulitzer Center on Crisis Reporting/The Guardian)
Details
20 Sep 2017 08:28:00,post received 0 comments
Fact Oktoberfest 2012 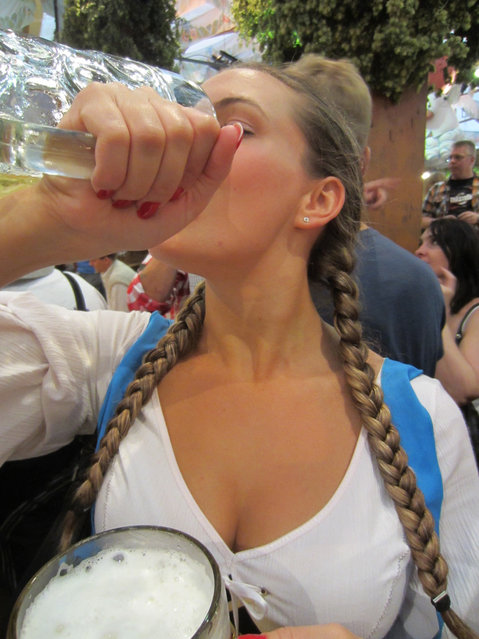 “With the traditional tapping-ritual, the Oktoberfest has been opened on saturday, September 22, 2012. Despite the rather wet weather on saturday, the first weekend was te xpeted sucess: Approximately 850.000 guests from Munich, Bavaria, the rest of Germany and from all over the world came to visit the 179th Oktoberfest on the opening weekend. About one million liters of beer and about nine oxen have already been sold”. – Oktoberfest.de. (Photo by ◊CHЄЄKY◊MINX◊PHOTO◊DIARY◊)
Details
28 Sep 2012 08:39:00,post received 0 comments
Charming UEFA Euro 2012: Kiev 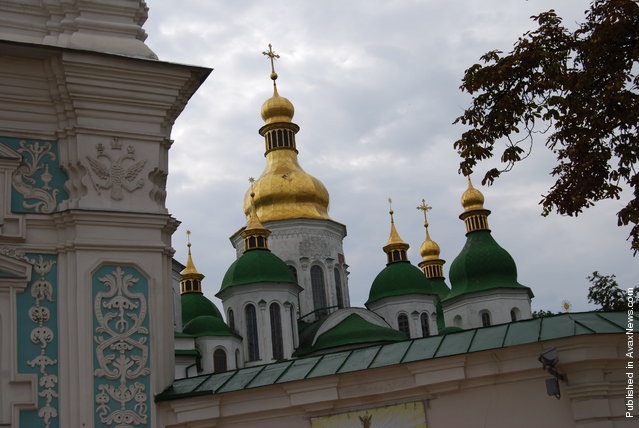 In 2012 in Kiev will pass European Football Championship. The history of Kiev, the largest city and the capital of Ukraine, is documented as going back at least 1400 years...
Details
02 Aug 2011 16:29:00,post received 0 comments
Touching UEFA, Euro 2012: Gdansk 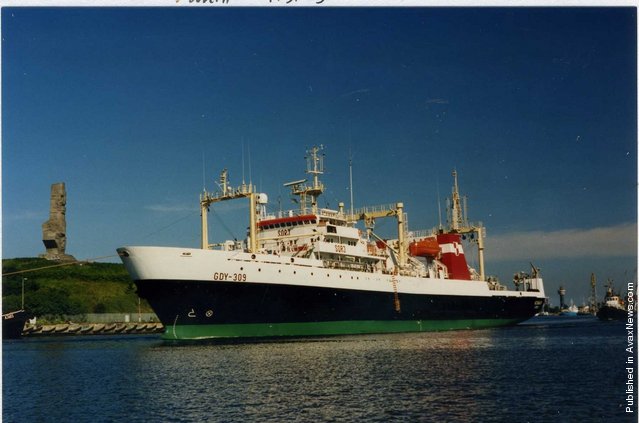 Gdańsk is a Polish city on the Baltic coast. The city's professional football club is Lechia Gdansk. Founded in 1945, they play in the Ekstraklasa, Poland's top division. The European Football Championship will take place in Gdansk 2012. 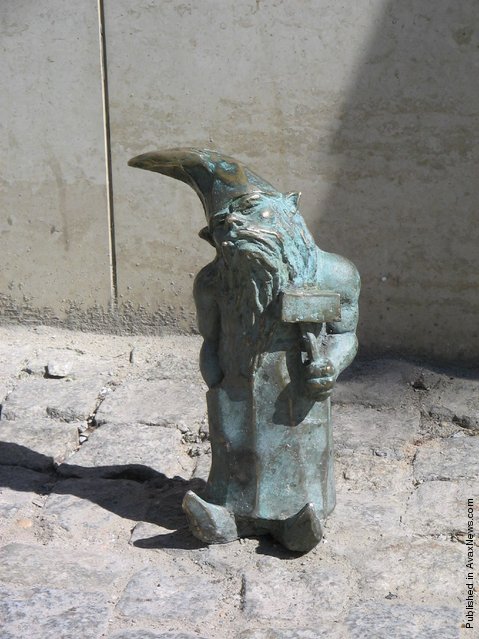 Wrocław has been selected as European Capital of Culture for 2016. The Wrocław area has many popular professional sports teams. The most popular sport today is football, thanks to Śląsk Wrocław. Some matches of the 2012 UEFA European Football Championships in Poland and Ukraine are scheduled to take place in Wrocław on The Municipal Stadium.