Funny The Silence of Dogs in Cars 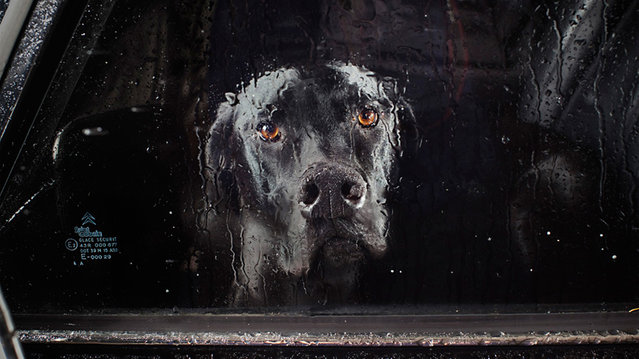 At first, British photographer Martin Usborne just wanted to do some reporting on people who leave their dogs locked up in cars. But as he went around scouring parking lots, “making barking noises to try and awaken sleeping dogs that were not actually there,” his project took on a new artistic direction. “The Silence of Dogs in Cars” was inspired by a “childhood memory of waiting in a car whilst his parents were shopping in a supermarket, and the youthful fear that they would not return.”
Details
08 Jul 2013 08:57:00,post received 0 comments
Touching «The Great Race» 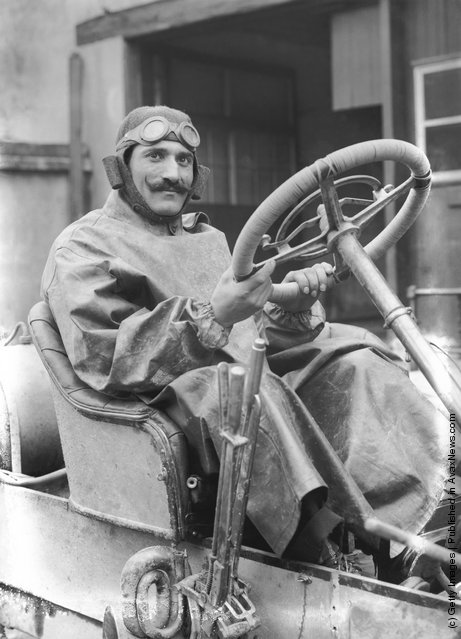 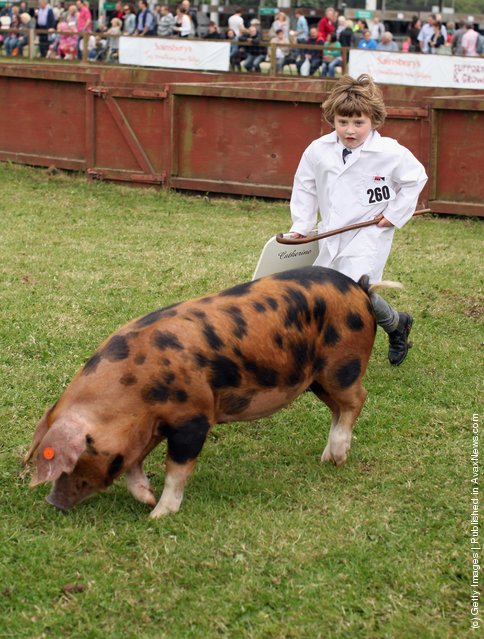 Ngorongoro Crater (Tanzania). At 610m deep and 260 sq km, this is the largest unflooded caldera in the world. A blue-green vision from above it's a haven for engangered wildlife and Maasai livestock. The crater was formed three million years ago when a giant volcano, which could have been as high as Kilimanjaro, exploded and collapsed. The caldera formed the concentric fractures in the crust cracked down to a magma reservoir deep underground. (Photo by John Bryant/Getty Images)
Details
28 Mar 2014 08:08:00,post received 0 comments
Fact Storming the Great Wall 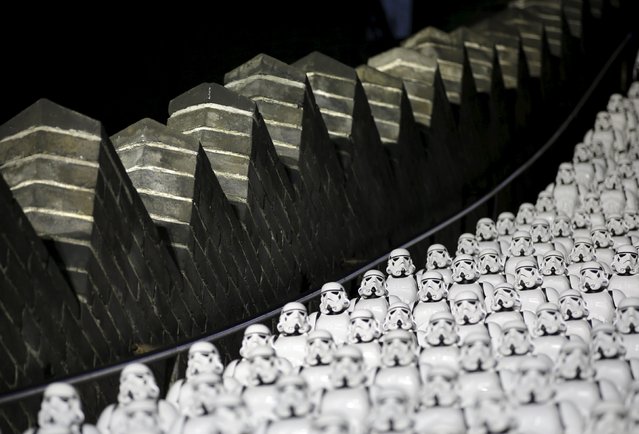 Five hundred replicas of the Stormtrooper characters from "Star Wars" are placed on the steps at the Juyongguan section of the Great Wall of China during a promotional event for "Star Wars: The Force Awakens" film, on the outskirts of Beijing, China, October 20, 2015. (Photo by Jason Lee/Reuters)
Details
23 Oct 2015 08:06:00,post received 0 comments
Fact “Creatures Great and Small” 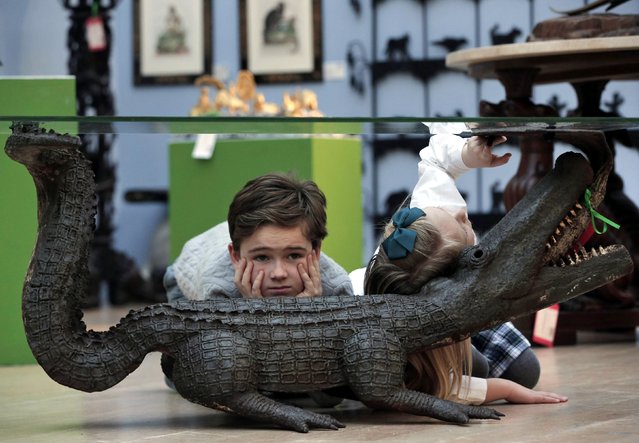 Children sit under a crocodile based table, as they pose for photographers during a press preview of a themed auction that features the animal as artistic inspiration, entitled “Creatures Great and Small”, in London, Monday, December 15, 2014. The sale scheduled for December 17, 2014, explores animals across a diverse range of mediums and styles, from intricate carving details in 19th century furniture through to contemporary sculpture, according to Christie’s auction house. (Photo by Lefteris Pitarakis/AP Photo)
Details
17 Dec 2014 11:18:00,post received 0 comments
Educative The Great Dismal Swamp 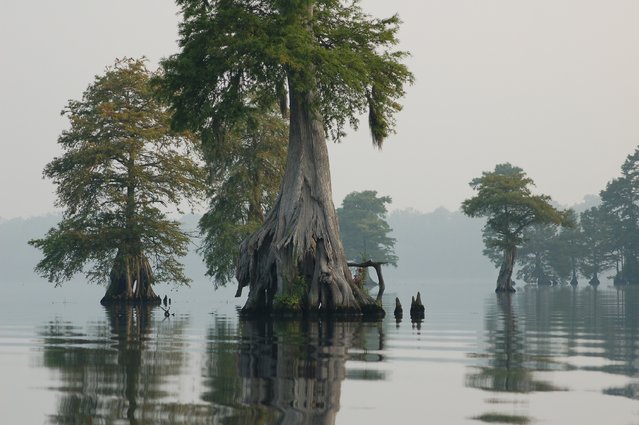 The Great Dismal Swamp is a marshy area in the Coastal Plain Region of southeastern Virginia and northeastern North Carolina, between Norfolk, Virginia, and Elizabeth City, North Carolina. It is located in parts of southern Virginia cities Chesapeake and Suffolk and northern North Carolina counties Gates, Pasquotank and Camden. It is a southern swamp, one of many along the Atlantic Ocean's coast, including the Everglades and Big Cypress Swamp in Florida, the Okefenokee Swamp in Georgia, the Congaree and Four Holes swamps of South Carolina, and some of the Carolina bays in the Carolinas and Georgia. Along the eastern edge runs the Dismal Swamp Canal, completed in 1805.
Details
09 Dec 2013 11:40:00,post received 0 comments
Fact Great Barrier Reef at Risk 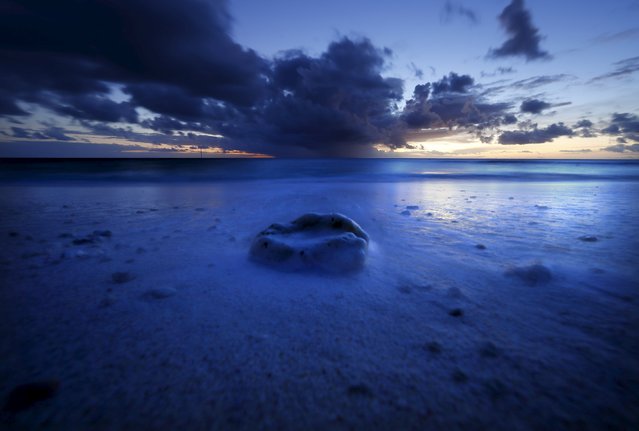 A reef shell lies on a beach as the sun sets on Lady Elliot Island located north-east of the town of Bundaberg in Queensland, Australia, June 10, 2015. UNESCO World Heritage delegates recently snorkelled on Australia’s Great Barrier Reef, thousands of coral reefs, which stretch over 2,000 km off the northeast coast. Surrounded by manta rays, dolphins and reef sharks, their mission was to check the health of the world's largest living ecosystem, which brings in billions of dollars a year in tourism. Some coral has been badly damaged and animal species, including dugong and large green turtles, are threatened. UNESCO will say on Wednesday whether it will place the reef on a list of endangered World Heritage sites, a move the Australian government wants to avoid at all costs, having lobbied hard overseas. Earlier this year, UNESCO said the reef's outlook was “poor”. (Photo by David Gray/Reuters)
Details
30 Jun 2015 12:21:00,post received 0 comments
Popular tags:
All tags
Last searches: