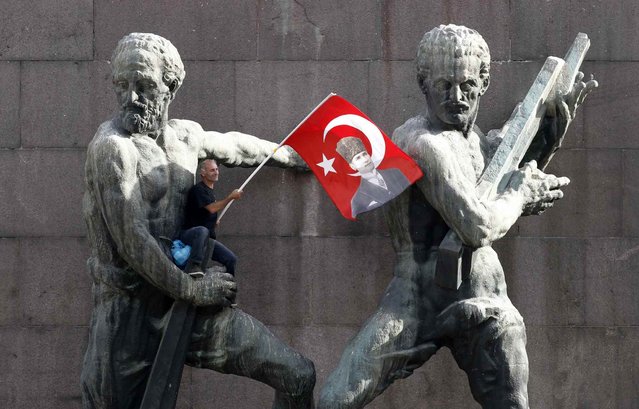 A demonstrator waves Turkey's national flag as he sits on a monument during a protest against Turkey's Prime Minister Tayyip Erdogan and his ruling AK Party in central Ankara June 2, 2013. Erdogan accused Turkey's main secular opposition party on Sunday of stirring a wave of anti-government protests, as tens of thousands regrouped in Istanbul and Ankara after a lull and trouble flared again in the capital. Police used tear gas on protesters in Ankara but the clashes were relatively minor compared with major violence in Turkey's biggest cities on the previous two days. (Photo by Umit Bektas/Reuters)
Details
03 Jun 2013 12:23:00,post received 0 comments
Fact On Belarussian Border 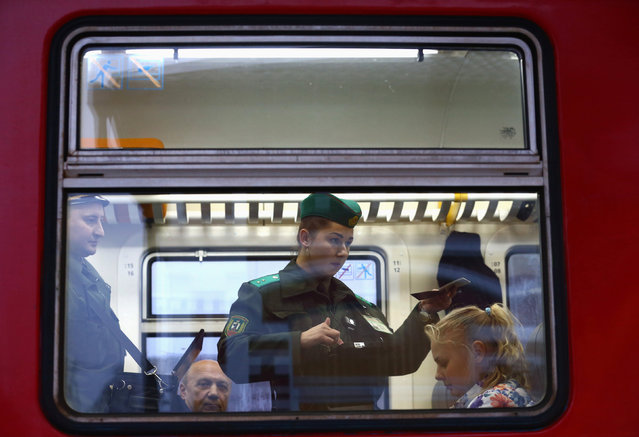 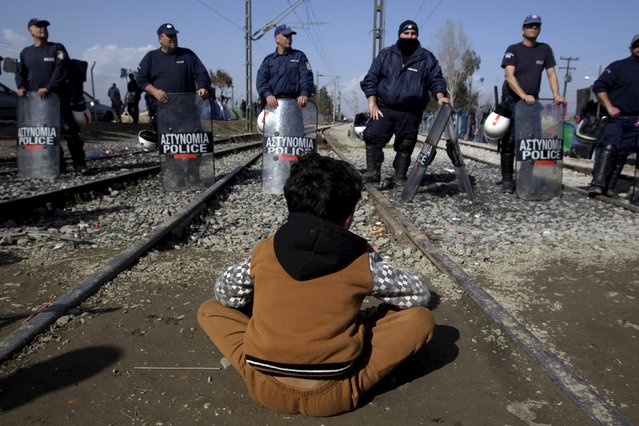 A refugee sits in front of a Greek riot police cordon during a protest at the Greek-Macedonian border, near the Greek village of Idomeni, March 1, 2016. (Photo by Alexandros Avramidis/Reuters)
Details
02 Mar 2016 13:19:00,post received 0 comments
Fact On the Russian-Ukrainian Border 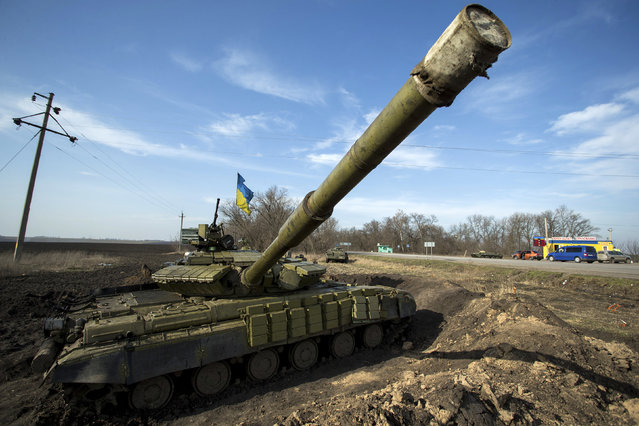 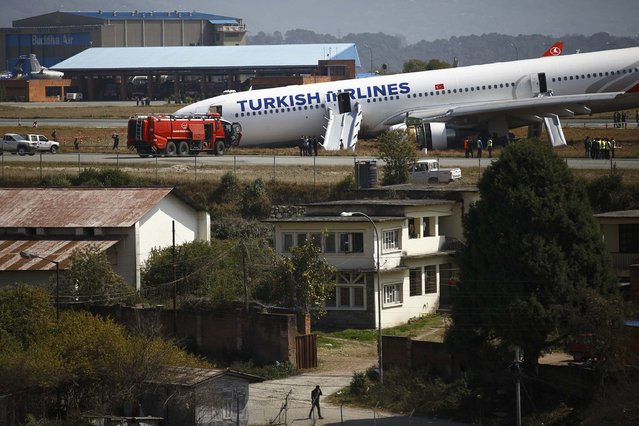 A Turkish Airlines plane lies on a field after it overshot the runway at Tribhuvan International Airport in Kathmandu March 4, 2015. According to local media, all passengers and crew members were rescued. REUTERS/Navesh Chitrakar
Details
05 Mar 2015 11:32:00,post received 0 comments
Fact All Along The Border 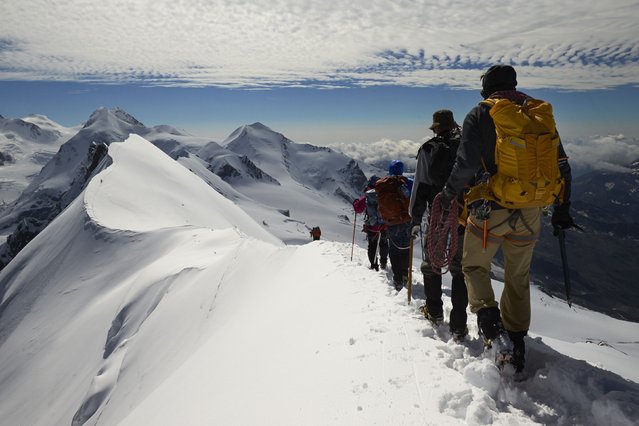 Roped up climbers leave the summit of Breithorn at 4,164 metres (13,661 feet) on the ridge marking the border with Switzerland (left) and Italy in the Alpine resort of Zermatt August 4, 2014. Switzerland will vote on November 30 on an initiative from the group Ecopop which proposes a cap on the number of immigrants. The group says it is motivated by concerns about a lack of living space exerting too much pressure on the land and natural resources, rather than by opposition to foreigners. (Photo by Denis Balibouse/Reuters)
Details
04 Nov 2014 14:29:00,post received 0 comments
Fact Wild Horse Border Patrol 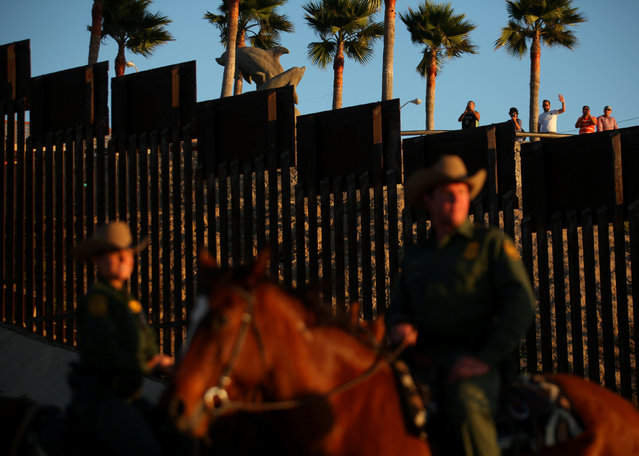 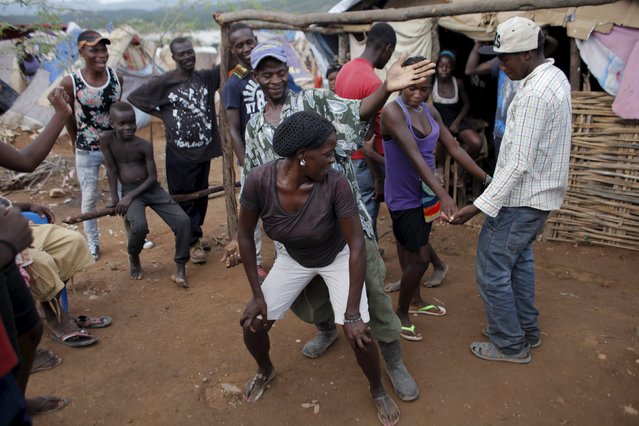 People enjoy themselves as they dance to Dominican music at a refugee camp for Haitians returning from the Dominican Republic on the outskirts of Anse-a-Pitres, Haiti, September 6, 2015. Dominican officials last month began implementing a controversial immigration program targeting Haitian migrants and Dominican-born people of Haitian descent. The program centers on round-ups and deportations that have triggered concerns about a slow-growing border migration crisis in the poorest country in the Americas. So far about 1,500 people have been deported at a pace of 50 to 100 per day, according to relief officials with access to records supplied by the Dominican government. (Photo by Andres Martinez Casares/Reuters)
Details
21 Sep 2015 11:29:00,post received 0 comments
Popular tags:
All tags
Last searches: