Fact A Look at Life in Thai Village 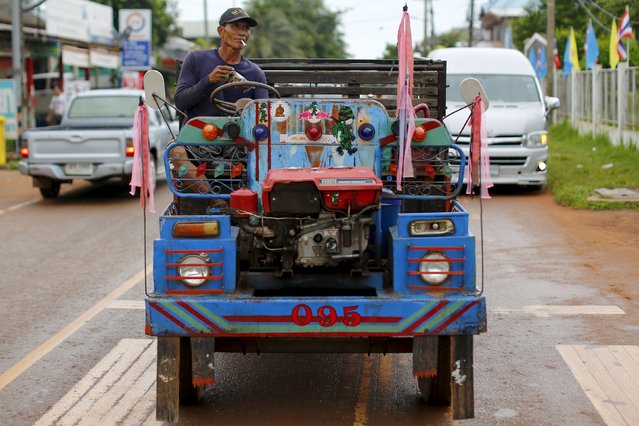 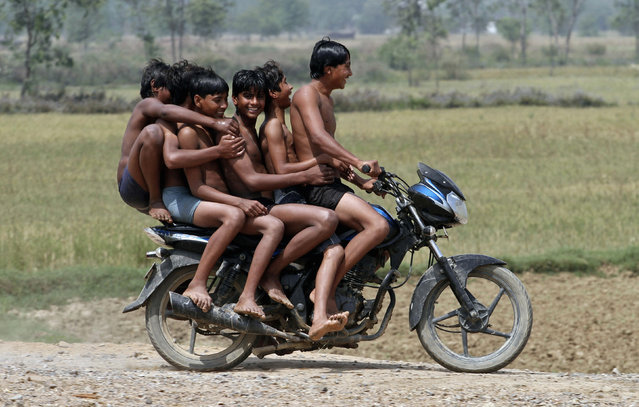 Boys ride a motorbike on their way back home after taking a bath in a canal at Chachura village, in Uttar Pradesh April 4, 2012. (Photo by Parivartan Sharma/Reuters)
Details
15 Feb 2016 10:24:00,post received 0 comments
Fact A Look at Life in Htaykho Village 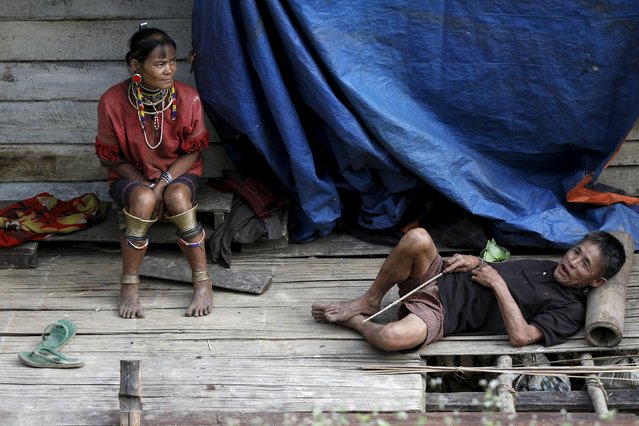 An ethnic Kayaw couple Mu Htoo and her husband Htaw Eili rest at their home at Htaykho village in the Kayah state, Myanmar September 12, 2015. With about 30,000 members, the Kayaw are one of the smallest ethnic minorities among Myanmar's 135 groups. Their village has for decades been off-limits, as armed rebels fought the military before a recent ceasefire stopped the bloody conflict here. The rebels in the area have put down their guns and taken to the hills to grow rice and corn, but slash-and-burn cultivation methods mean they struggle to find new places to farm. (Photo by Soe Zeya Tun/Reuters)
Details
21 Oct 2015 08:03:00,post received 0 comments
Touching The Floating Village 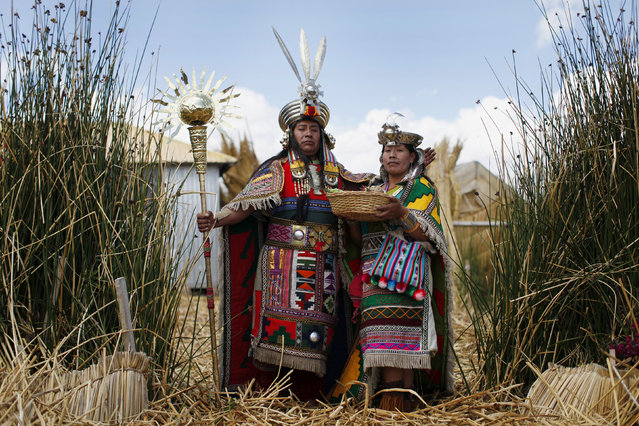 An Andean man and a woman, depicting Inca's legendary characters Manco Capac and Mama Ocllo, pose for a portrait in a Uros island at Lake Titicaca before a re-enactment in Puno November 5, 2014. The Uros islands are a group of 70 man-made totora reed islands floating on the lake, which according to Peru's tourism board iPeru is the world's highest navigable lake at over 4,000 meters above sea level. The Uros people fish and hunt, but tourism is their main source of livelihood. (Photo by Enrique Castro-Mendivil/Reuters)
Details
07 Nov 2014 12:52:00,post received 0 comments
Fact Belarus Villagers 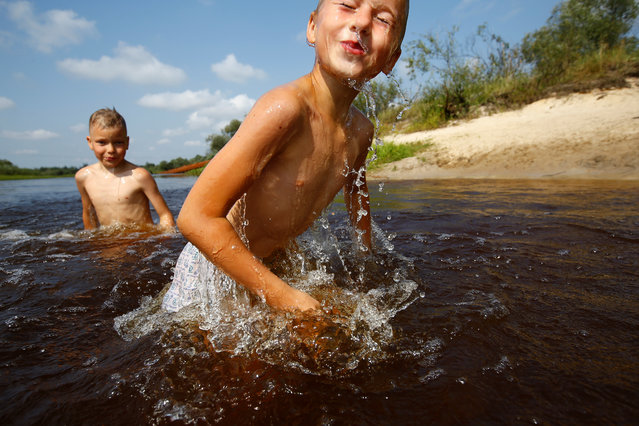 Just a few hours’ drive from the Belarus capital of Minsk, many villagers still live off the land. Nearly 80% of the country’s 9.5 million citizens live in urban areas, but for the rest, being close to nature can outweigh the hardships of country life. Here: Boys play in the Stviga River on a hot summer day near the village of Pogost, Belarus, August 16, 2017. (Photo by Vasily Fedosenko/Reuters)
Details
30 Nov 2017 08:28:00,post received 0 comments
Fact The Village of the Scarecrows 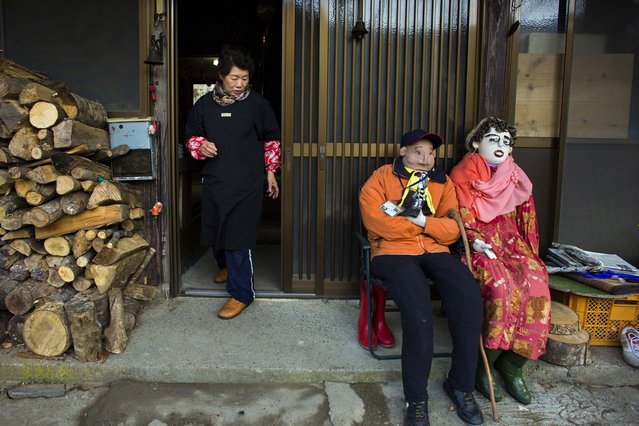 Tsukimi Ayano steps out of her house in the village of Nagoro on Shikoku Island in southern Japan February 24, 2015. Tsukimi Ayano made her first scarecrow 13 years ago to frighten off birds pecking at seeds in her garden. The life-sized straw doll resembled her father, so she made more. Today, the tiny village of Nagoro in southern Japan is teeming with Ayano's hand-sewn creations, frozen in time for a tableau that captures the motions of everyday life. (Photo by Thomas Peter/Reuters)
Details
17 Mar 2015 12:38:00,post received 0 comments
Sad Villagers Weekdays 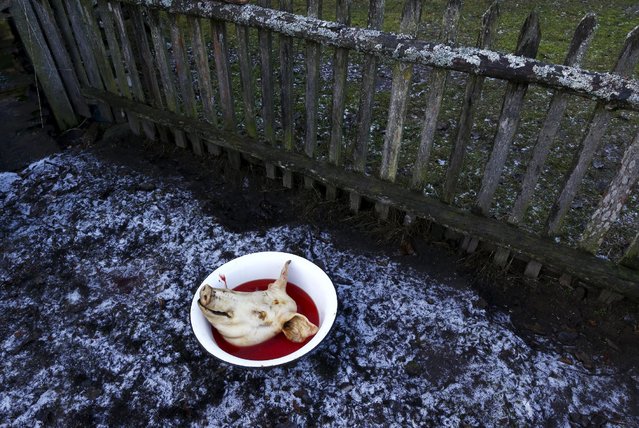 A pig's head is seen in a basin after it was slaughtered it in the village of Azerany, Belarus, December 12, 2015. (Photo by Vasily Fedosenko/Reuters)
Details
14 Dec 2015 08:02:00,post received 0 comments
Touching The Rainbow Village 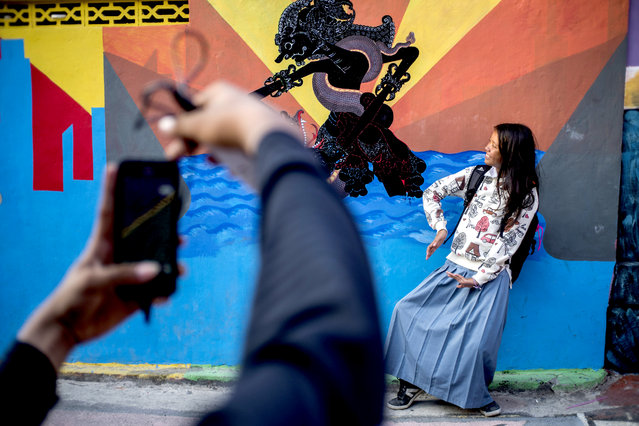 This picture taken on May 23, 2017 shows visitors posing for photos along a path at an Indonesian hamlet dubbed “the rainbow village” in Semarang, central Java, that has become an internet sensation and attracting hordes of visitors. (Photo by Suryo Wibowo/AFP Photo)
Details
03 Jun 2017 06:26:00,post received 0 comments
Popular tags:
All tags
Last searches: