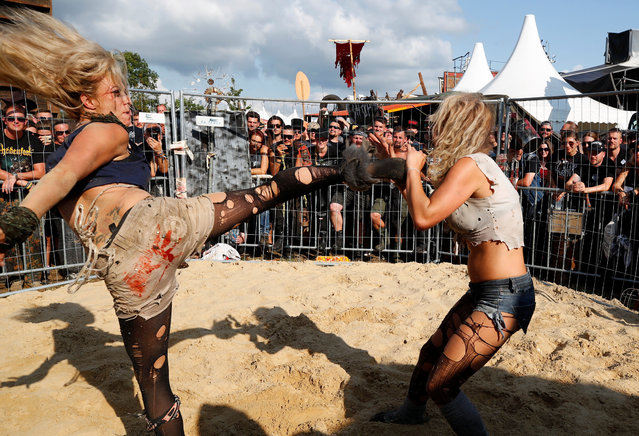 Festivalgoers watch two actors of the Wasteland Warriors movement fight in a cage at the world's largest heavy metal festival, the Wacken Open Air 2019, in Wacken, Germany on August 3, 2019. Wacken is a village in northern Germany with a population of 1,800 that has hosted the annual festival, which attracts heavy metal fans from around the world, since 1990. (Photo by Wolfgang Rattay/Reuters)
Details
07 Aug 2019 00:03:00,post received 0 comments
Charming Goldwell Open Air Museum: Last Supper 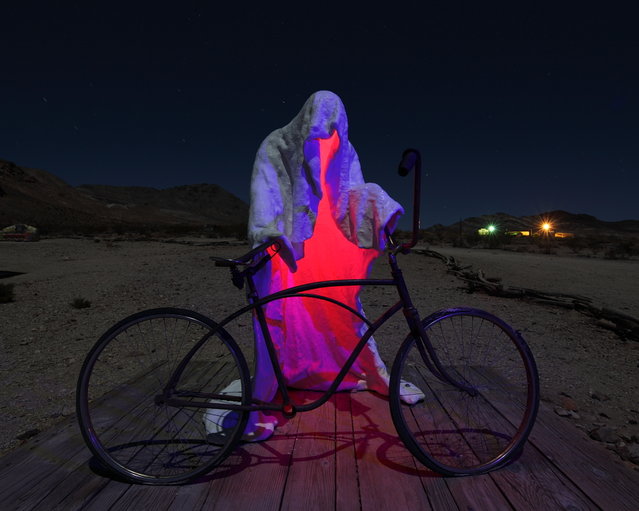 Just outside of a Nevada ghost town, Rhyolite, is the Goldwell Open Air Museum. The museum was created by a group of Belgian artists and consists of seven outdoor sculptures dramatically using the Mojae Desert as a backdrop. The Last Supper, created by the late artist Charles Szukalski, is a piece that was due to last only a couple of years but withstood time and nature since 1984. Men from the local community were covered in linen and plaster to create the eerie forms, reminiscent of Da Vinci's last supper. It is a truly unique environment and piece of art in the great American desert.
Details
03 Feb 2013 13:13:00,post received 0 comments
Fact Wacken Festival 2011 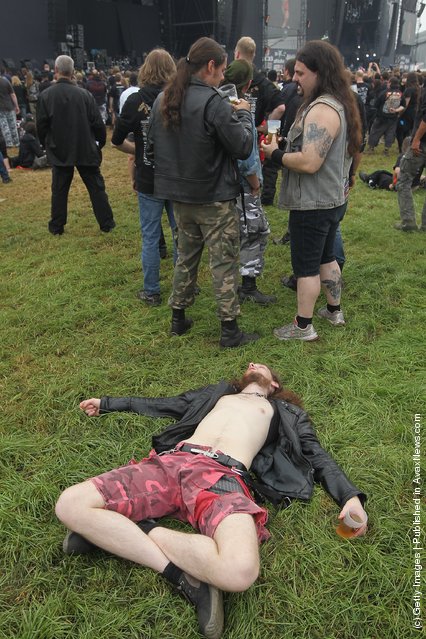 A fan lies passed out on the first day of the Wacken Open Air heavy metal music fest on August 4, 2011 in Wacken, Germany. Approximately 75,000 heavy metal fans from all over the world have descended on the north German village of 1,800 residents for the annual three-day fest. (Photo by Sean Gallup/Getty Images)
Details
05 Aug 2011 09:47:00,post received 0 comments
Fact Catching Air 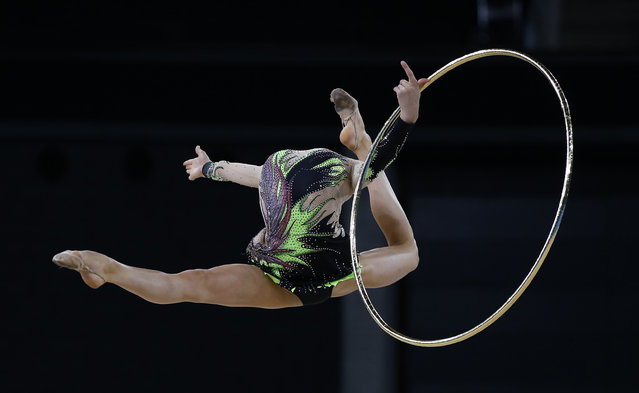 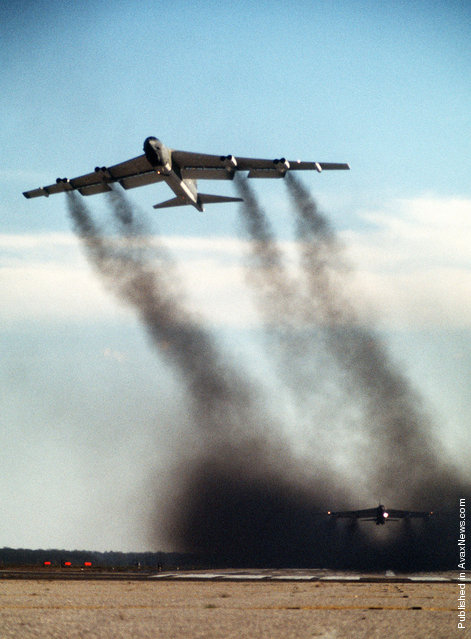 Photo: A B-52G Stratofortress aircraft takes off with another B-52G close behind. Three cells of six B-52 and KC-10 Extender aircraft will takeoff seconds apart under combat conditions during the minimum interval takeoff exercise. The exercise is a part of an operational readiness inspection by the Strategic Air Command Inspector General Team. (Photo by USAF). 1998
Details
15 Mar 2011 09:23:00,post received 0 comments
Wow BNP Paribas Open 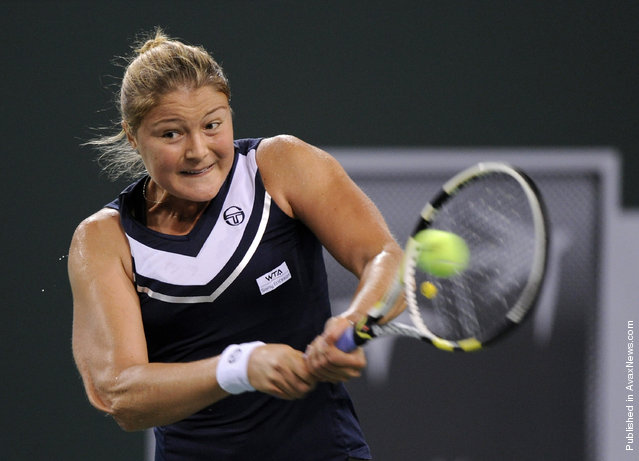 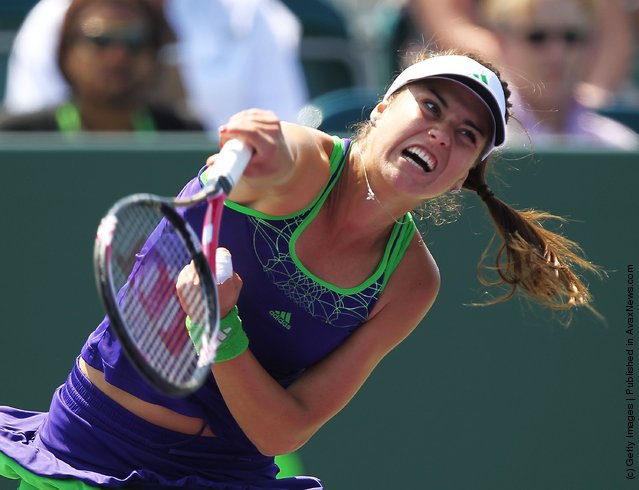 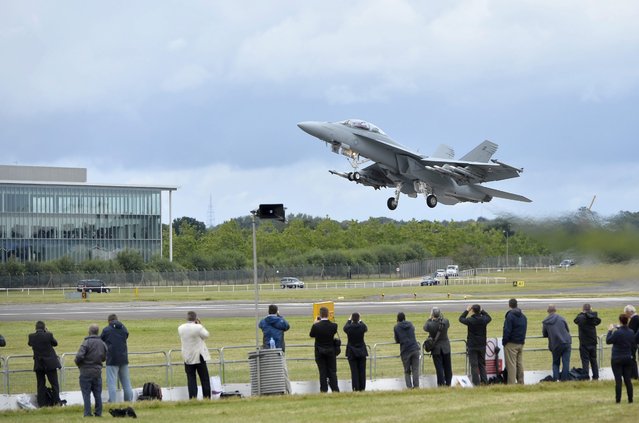