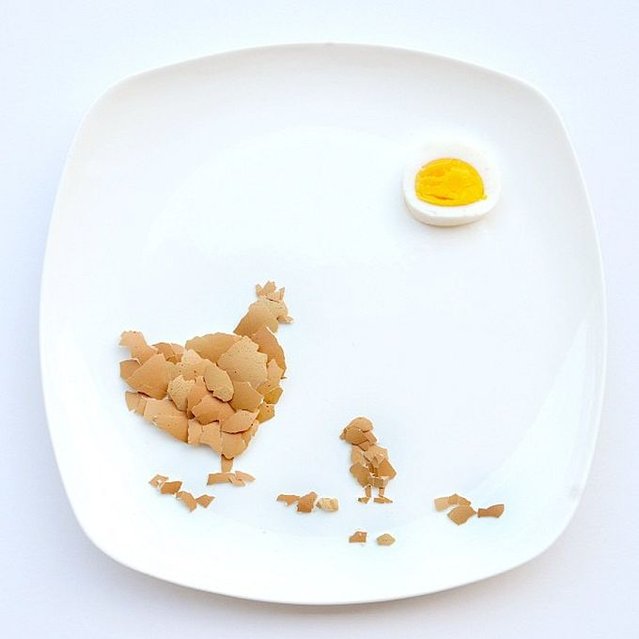 Hong Yi is a Malaysian architect and artist whose impressive portfolio includes work for Chicago’s Union Station, the Melbourne Hall of Music, and alternative medium portraits using coffee stains or tea bags. Her unorthodox approach to creation has led her to her most recent blog project. Over the course of 31 days, Hong Yi (who also goes by Red) will post art pieces made from food. So far, the pieces range from simpler ones of a watermelon sailboat to a complex recreation of Hokusai’s “The Great Wave.”
Details
29 Mar 2013 10:31:00,post received 0 comments
Charming Watercolour by Liu Yi 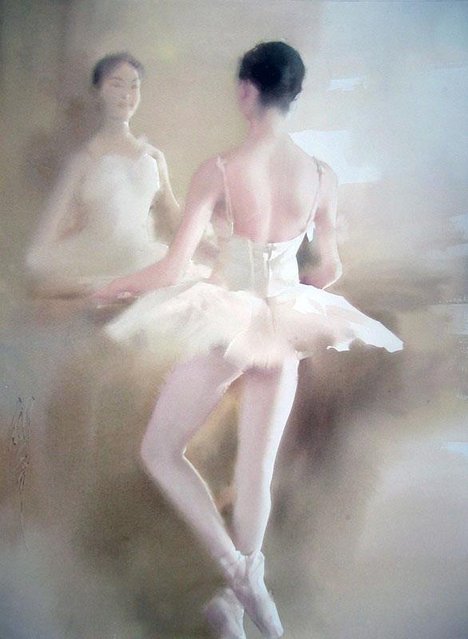 Liu Yi, Chinese painter, was born in Shanghai in 1958. He was a Fine Arts graduate from the Hua Dong University for Education. He did his postgraduate study of watercolor painting at the China College of Fine Arts. He lectures at university for painting and design. He is a member of the Chinese Artists Association and is also a member of the Watercolor Painting Artists Association. He is the retired Deputy President of the Shanghai Watercolor Painting Society, and is currently the Deputy Principal of the Shanghai Arts and Technical College. He is a very accomplished watercolor painter in China.
Details
12 Nov 2013 07:48:00,post received 0 comments
Touching Yi Peng Festival 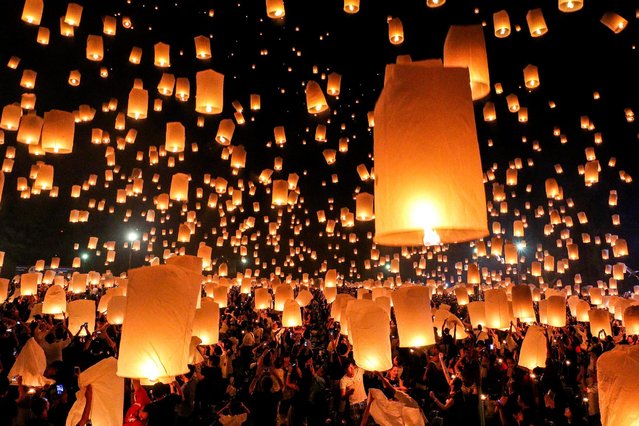 People release floating lanterns during the festival of Yee Peng in the northern capital of Chiang Mai, Thailand November 14, 2016. Yi Peng refers to the full moon day in the second month according to the Lanna lunar calendar (the twelfth month according to the Thai lunar calendar). Swarms of Lanna-style sky lanterns are launched into the air where they resemble large shoals of giant fluorescent jellyfish gracefully floating through the sky. The festival is meant as a time for tham bun, to make merit. Khom loi are made from a thin fabric, such as rice paper, stretched over a bamboo or wire frame, to which a candle or fuel cell is attached. When the fuel cell is lit, the resulting hot air is trapped inside the lantern and creates enough lift for the khom loi to float up into the sky. (Photo by Athit Perawongmetha/Reuters)
Details
15 Nov 2016 11:54:00,post received 0 comments
Fact Celebrities at the US Fashion Week in the 2000s 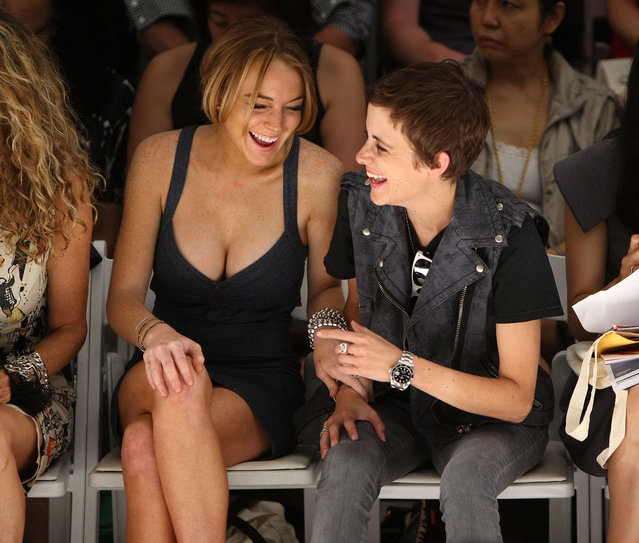 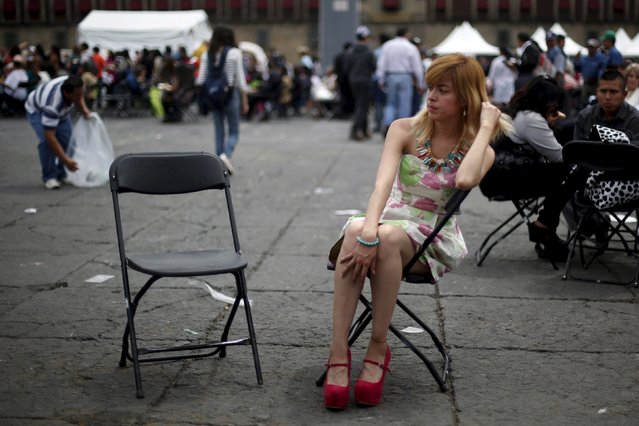 A newly married bride is seen after a mass wedding ceremony in which 2,016 couples participated, at Zocalo square in Mexico City, Mexico, March 19, 2016. Thousands of couples took part in a mass wedding ceremony Saturday in Mexico City. More than 5,000 people descended on Mexico City’s central square for the festivities. Among them were 2,165 couples ready to get married. (Photo by Edgard Garrido/Reuters)
Details
21 Mar 2016 12:21:00,post received 0 comments
Touching Tian Yi by Oliver Stalmans for «Elle» Vietnam May 2013 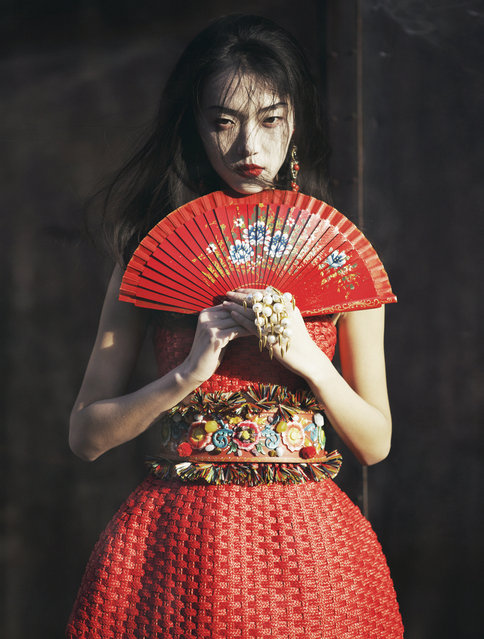 “Memoirs of a Geisha” – For its May 2013 cover story, Elle Vietnam gets inspired by the Japanese-influence of spring collections and Geisha beauty. Model Tian Yi evokes the theme perfectly in a series of images which juxtapose an urban backdrop with the ornate prints and sleek silhouettes of Prada, Dries van Noten, Dior, Thakoon and more selected by stylist Anna Katsanis. Photographer Oliver Stalmans captures the Chinese beauty in this elegant shoot. (Photo by Oliver Stalmans)
Details
15 May 2013 09:06:00,post received 0 comments
Fact A Look at Life in China 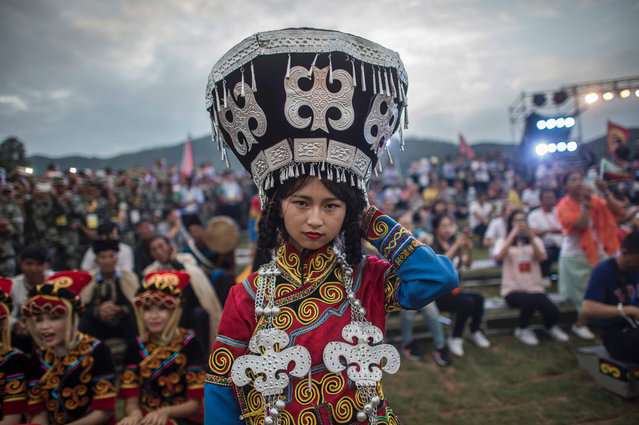 A Dancer, dressed with the traditional Yi costume, waits to perform at the Torch Festival, in Xichang, China's Sichuan province on July 27, 2016. As a result of fast urbanisation in the rural area of China Like Lienchang prefecture, the traditional costume is fading away for the Yi people in daily life. (Photo by Fred Dufour/AFP Photo)
Details
01 Aug 2016 10:04:00,post received 0 comments
Touching Huge Portrait Made Of 750 Pairs Of Socks 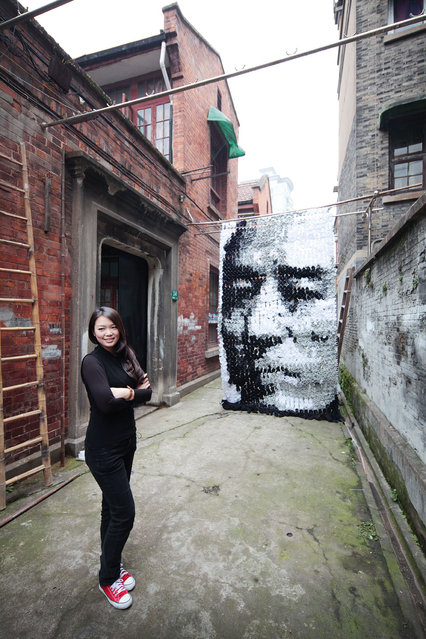