A biker poses on his Bousouzoku motorbike at the Dangouzaka rest stop in Yamanashi, west of Tokyo, Japan, January 3, 2016. Police on Sunday halted a group of about two dozen Bousouzoku bikers who paraded their noisy motorcycles during an annual New Year outing in the Mount Fuji region. This Japanese motorcycle subculture dated back to the 1950s and regularly chafes with the police because of their provocative traffic behaviour and bike customising, that is often deemed illegal. (Photo by Thomas Peter/Reuters)
Details
05 Jan 2016 08:06:00,post received 0 comments
Fact Lifestyles of the Young and Cuban 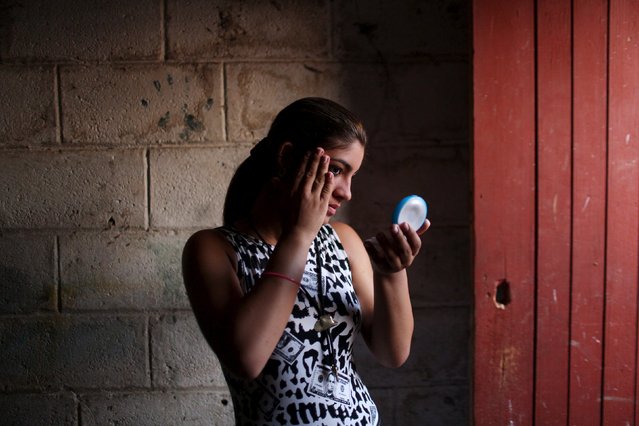 Young migrants gesture during a day of solidarity organised by local organizations and resdients for asylum seekers at a makeshift camp outside the foreign office in Brussels, Belgium September 6, 2015. Over 150,000 people seeking to enter Europe have reached Hungary this year, most coming through the southern border with Serbia, and many apply for asylum but quickly try to leave for wealthier EU countries. (Photo by Yves Herman/Reuters)
Details
07 Sep 2015 13:34:00,post received 0 comments
Fact Young Mongolian Contortionists 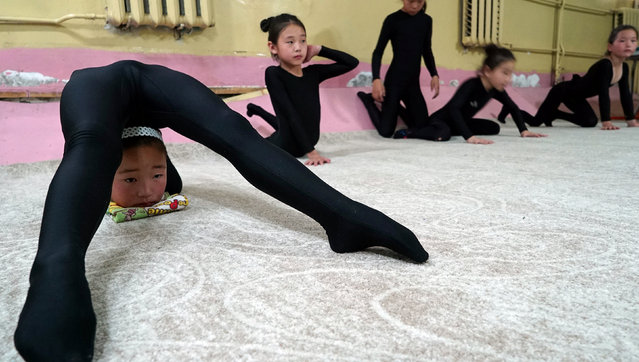 “Weapons Instructor”, 2012. It’s a well known fact that the IDF trains some of the best soldiers in the world, but at the source of every good soldier lies an exceptional instructor – and that’s where Cpl. Daniella Stepanoe steps in. She travels from base to base training everyone from paratroopers to elite special forces units in the use of their weapons. (Photo by Israel Defense Forces)
Details
31 Jul 2012 09:05:00,post received 0 comments
Popular tags:
All tags
Last searches: