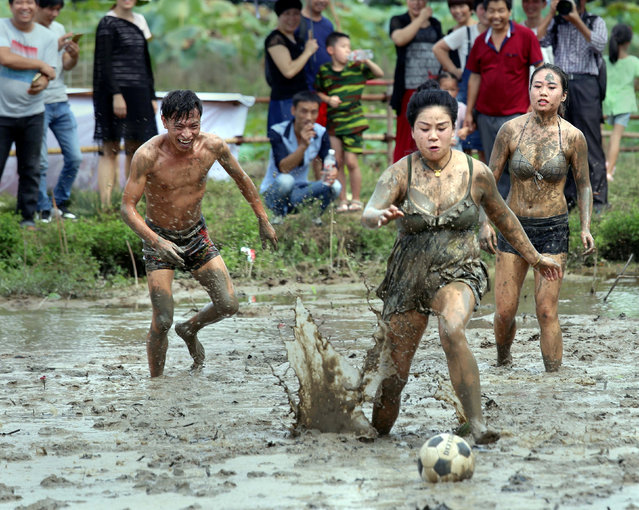 People fight for the ball as they take part in a mud football match during a festival for celebrating harvest in a village in Jinhua, Zhejiang Province, China September 24, 2017. (Photo by Reuters/China Stringer Network)
Details
26 Sep 2017 08:48:00,post received 0 comments
Fact A Look at Life in China 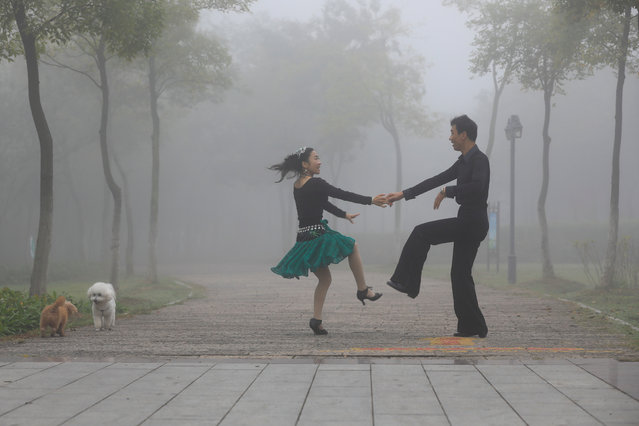 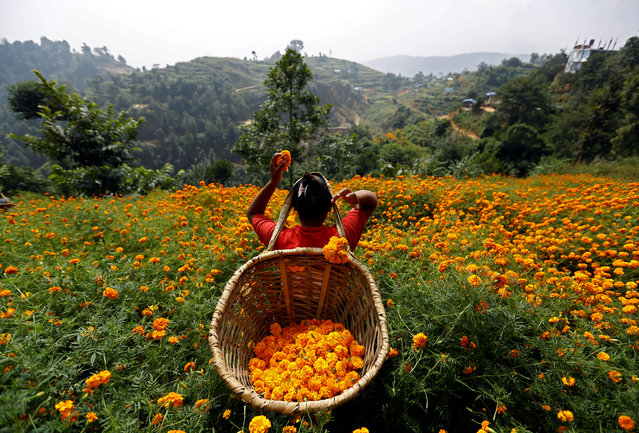 A woman picks marigold flowers used to make garlands and offer prayers, before selling them to the market for the Tihar festival, also called Diwali, in Kathmandu, Nepal on October 17, 2017. (Photo by Navesh Chitrakar/Reuters)
Details
18 Oct 2017 09:07:00,post received 0 comments
Fact A Look at Life in Japan 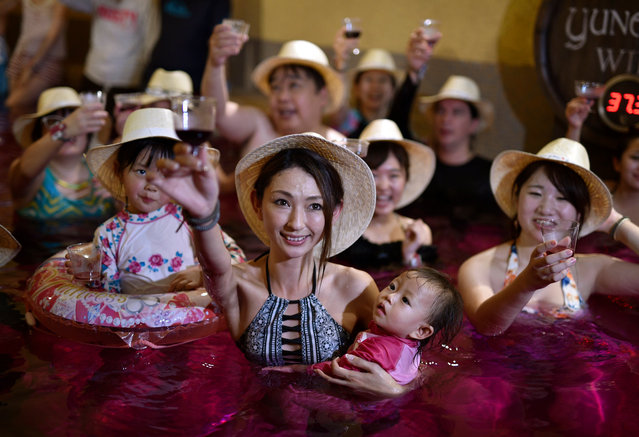 A mother raise her glass filled with 2017 Beaujolais Nouveau wine as she holds her child in a colored hot water “wine bath” at Hakone Kowakien Yunessun hot spring resort in Hakone, west of Tokyo, Japan, 16 November 2017, on the day of the Beaujolais Nouveau official release. With Germany and the United States, Japan is a major market for the Beaujolais Nouveau. (Photo by Franck Robichon/EPA/EFE)
Details
17 Nov 2017 06:32:00,post received 0 comments
Fact A Look at Life in Afghanistan 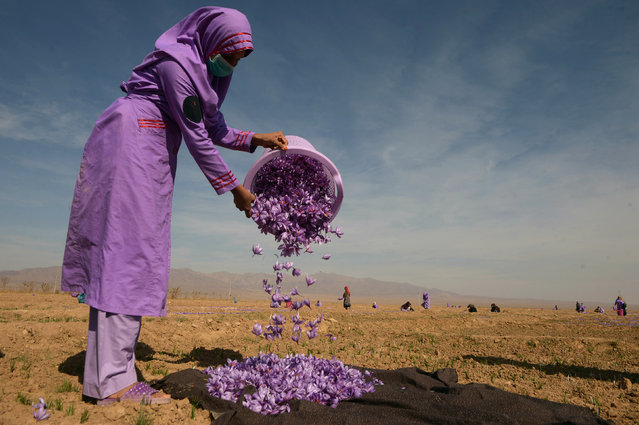 In this photograph taken on October 27, 2017 an Afghan woman collects saffron flowers after picking them in a field on the outskirt of Herat For years, Afghanistan has tried to give farmers alternatives such as fruit crops and saffron to wean them away from poppy farming – the lifeblood of the Taliban insurgency. International donors have splurged billions of dollars on counter- narcotics efforts in Afghanistan over the past decade, including efforts to encourage farmers to switch to other cash crops such as saffron. But those efforts have shown little results. (Photo by Hoshang Hashimi/AFP Photo)
Details
25 Nov 2017 07:48:00,post received 0 comments
Fact A Look at Life in India 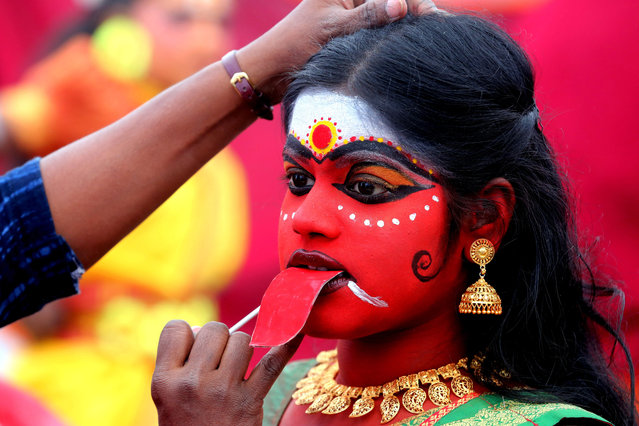 A student from the union territory of Pondicherry prepares to take part in the inaugural session of the national Balrang Festival 2017 in Bhopal, India, 20 December 2017. More than 500 participants from 26 states across the country take part in the three-day long cultural event to showcase their performances. The festival organised by Madhya Pradesh School Education Department and Indira Gandhi Rashtriya Manav Sangralaya. (Photo by Sanjeev Gupta/EPA/EFE)
Details
26 Dec 2017 08:13:00,post received 0 comments
Fact A Look at Life in India 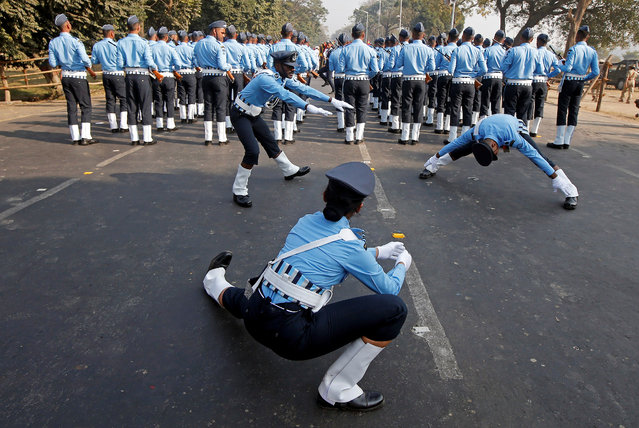 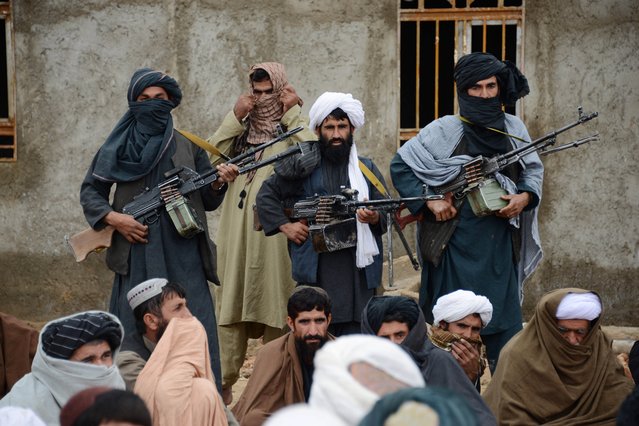 In this November 3, 2015 file photo, Afghan Taliban fighters listen to Mullah Mohammed Rasool, the newly-elected leader of a breakaway faction of the Taliban, in Farah province, Afghanistan. Despite US President Donald Trump’s pronouncement that there would be no talks with the Taliban following a series of deadly attacks in Kabul, officials say talks continue, but neither side trusts the other and neither believes the other negotiates independently. (Photo by AP Photo/Stringer)
Details
24 Feb 2018 00:02:00,post received 0 comments
Popular tags:
All tags
Last searches: