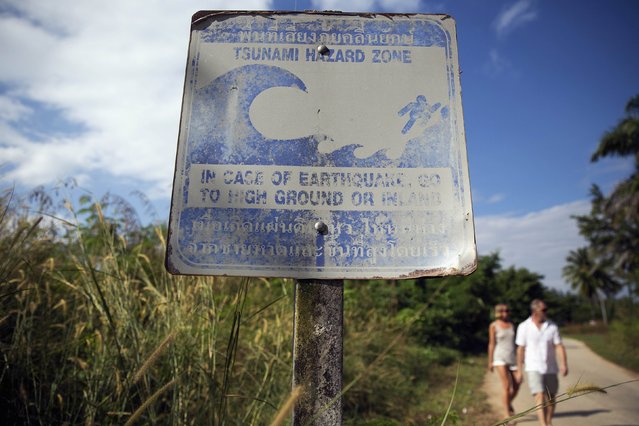 Tourists walk behind a faded sign warning of tsunami hazard in Khao Lak, Phang Nga province December 15, 2014. Ahead of the anniversary of the 2004 tsunami, experts and officials say key weaknesses remain across the region in the system designed to warn people of the next disaster, and get them to safety. Thailand prepares to mark the tenth anniversary of the 2004 tsunami, the deadliest on the record, that killed at least 226,000 people in 13 Asian and African countries. (Photo by Damir Sagolj/Reuters)
Details
21 Dec 2014 11:01:00,post received 0 comments
Touching Paul Villinskis by Butterflies Art 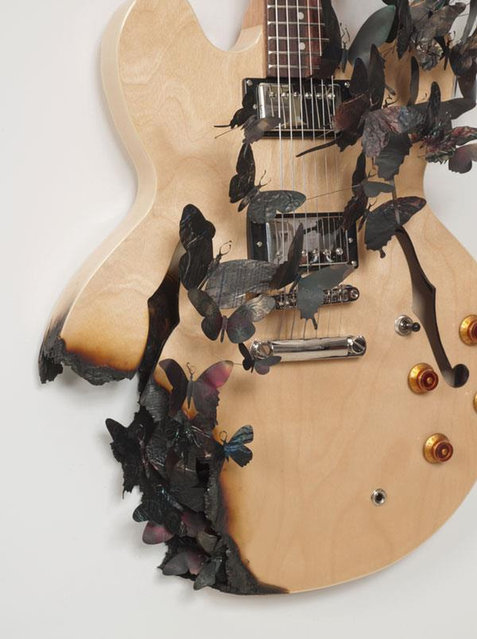 Paul Villinski is a professional visual artist who has created studio and large-scale artworks for more than three decades. Villinski was born in York, Maine, USA, in 1960, son of an Air Force navigator. He has lived and worked in New York City since 1982. A scenic route through the educational system included stops at Phillips Exeter Academy and the Massachusetts College of Art, and a BFA with honors from the Cooper Union for the Advancement of Science and Art in 1984. He lives with his partner, the painter Amy Park, and their son, Lark, in their studios in Long Island City, NY.
Details
02 Mar 2013 12:24:00,post received 0 comments
Fact The Week in Pictures: September 27 – October 4, 2014. Part 1/6 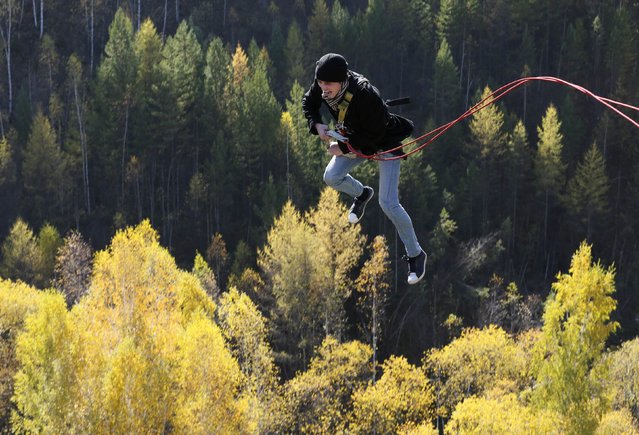 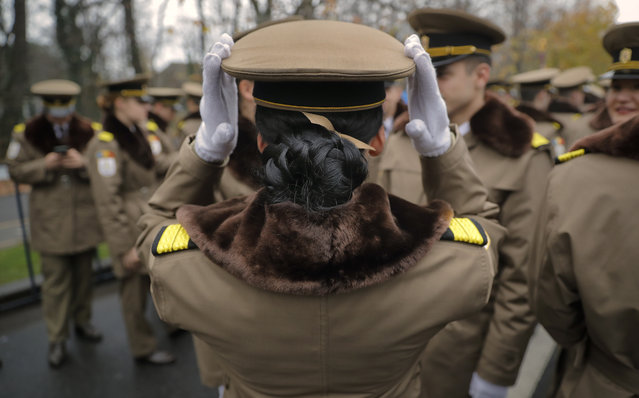 A member of the riot police gets ready to repel the attacks of protesters during a protest against President Sebastian Piñera during the seventh day of protests against President Sebastian Piñera on October 24, 2019 in Santiago, Chile. Although President Sebastian Piñera announced measures to improve equality, unions called for a national strike and demonstrations continue as casualties are now at least 18. Demands behind the protest include issues like health care, pension system, privatization of water, public transport, education, social mobility and corruption. (Photo by Marcelo Hernandez/Getty Images)
Details
26 Oct 2019 00:07:00,post received 0 comments
Fact Amateur Rope-Jumping in Russia 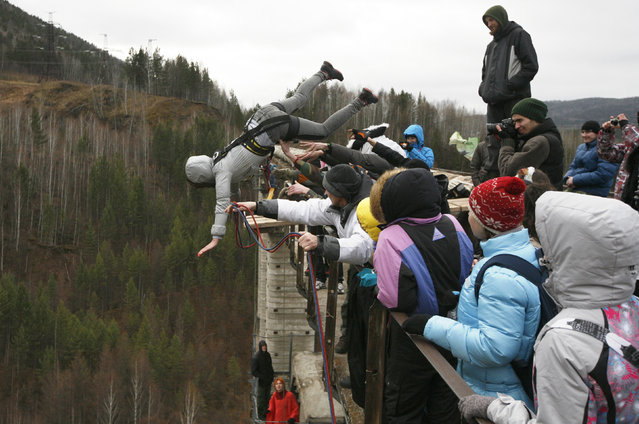 A member of the “Exit Point” amateur rope-jumping group jumps from a 44-metre high (144-ft) waterpipe bridge in the Siberian Taiga area outside Krasnoyarsk, November 3, 2013. Fans of rope-jumping, a kind of extreme sport involving a jump from a high point using an advanced leverage system combining mountaineering and rope safety equipment, marked the end of the group's jumping season and recent Halloween festivities. (Photo by Ilya Naymushin/Reuters)
Details
21 Apr 2014 09:57:00,post received 0 comments
Fact A Look at Life in Turkey, Part 1/2 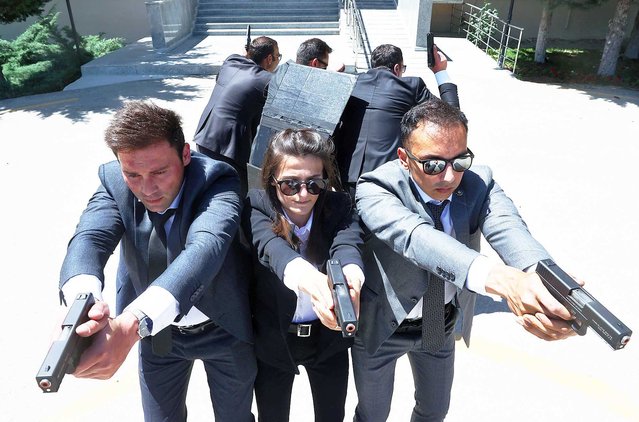 A Funnel Web spider is pictured at the Australian Reptile Park January 23, 2006 in Sydney, Australia. The Funnel Web is one of Australia's deadliest animals, with a venom that is packed with at least 40 different toxic proteins. A bite from a Funnel Web causes massive electrical over-load in the body's nervous system. Finally, fatalities occur from either heart attack or a pulmonary oedema, where the capillaries around the lungs begin to leak fluid and the patient effectively drowns. Death can come as quickly as two hours after a bite if no medical treatment is sought. Due to advances in anti-venom, there has been no death from a Funnel Web bite in Australia since 1980. Australia is home to some of the most deadly and poisonous animals on earth. (Photo by Ian Waldie/Getty Images)
Details
25 Apr 2011 07:49:00,post received 0 comments
Popular tags:
All tags
Last searches: