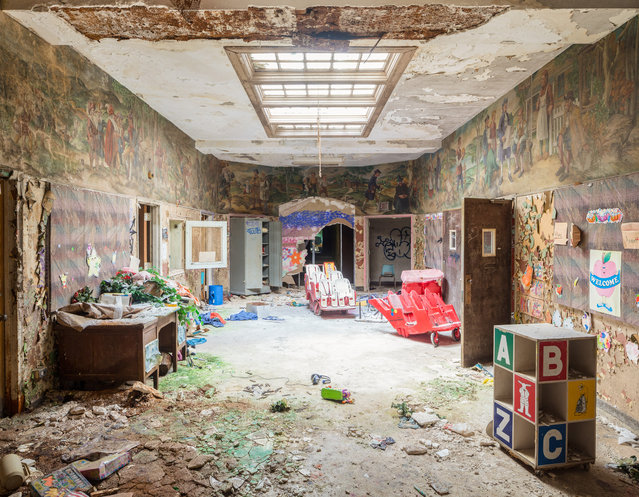 A spooky sight to behold! This is what a psychiatric hospital that has been abandoned for years looks like. Complete with bowling alley and a theater, the hospital shows just how much nature has weathered it over time as paint peels from the walls and the mattress gather dust. Here: This area of the hospital was last used as a day care center in the early 2000s. (Photo by Will Ellis/Caters News)
Details
03 Dec 2015 08:01:00,post received 0 comments
Fact “Salt of the Earth” 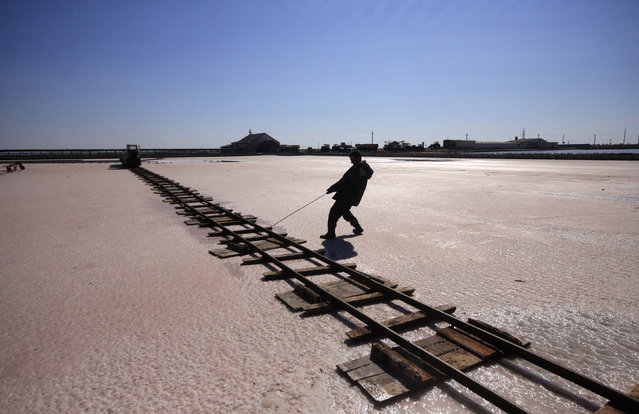 A worker lays rails across the bed of a drained area of a lake used for the production of salt at the Sasyk-Sivash lake near the city of Yevpatoria in Crimea, October 5, 2014. The area has a long tradition of salt production, prepared from salt flats flooded with water from the Black Sea. (Photo by Pavel Rebrov/Reuters)
Details
07 Oct 2014 11:24:00,post received 0 comments
Fact Rihanna Performs at the Staples Center 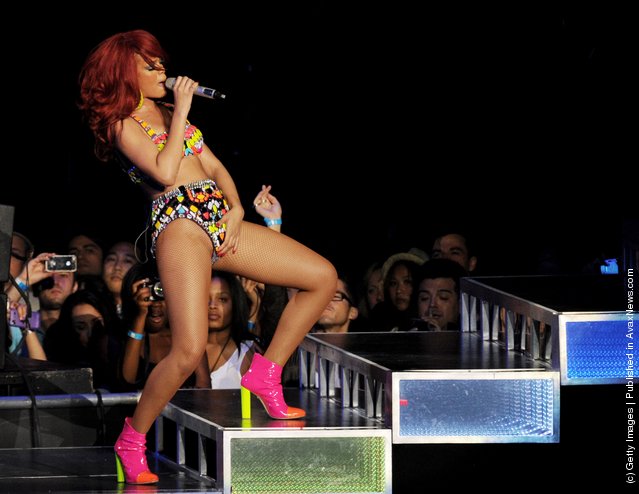 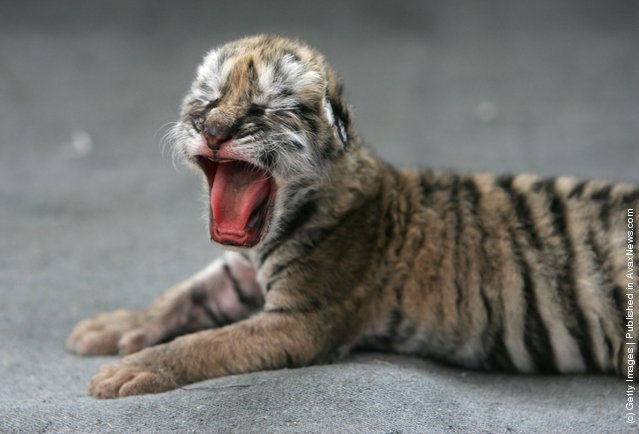 A Siberian tiger cub is seen at the Hengdaohezi Breeding Center for Felidae on October 26, 2007 in Harbin of Heilongjiang Province, China. Established in 1986, the breeding center is one of the world's largest captive breeding base for Siberian tigers. Distributed throughout northeastern China, far eastern Russia and North Korea, over 400 Siberian tigers exist in the wild, approximately 20 in China. (Photo by China Photos/Getty Images)
Details
05 Nov 2011 13:34:00,post received 0 comments
Touching Shots of Earth from Space 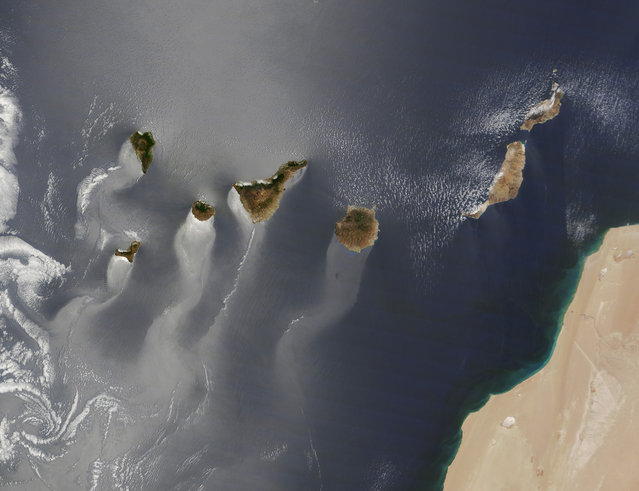 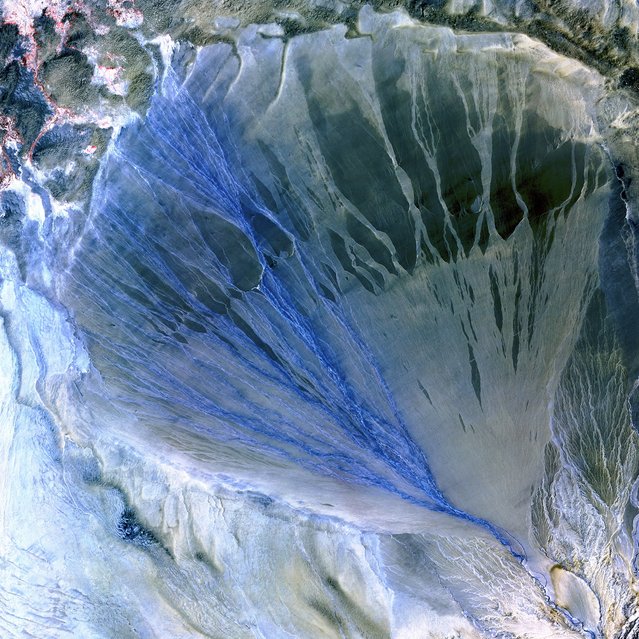 Alluvial Fan, China. A vast alluvial fan blossoms across the desolate landscape between the Kunlun and Altun mountain ranges that form the southern border of the Taklimakan Desert in China’s XinJiang Province. Image taken by the ASTER instrument on NASA’s Terra satellite on May 2nd, 2002. (Photo by NASA/GSFC/USGS EROS Data Center)
Details
07 Jan 2013 09:27:00,post received 0 comments
Fact Oymyakon, the Coldest Village on Earth 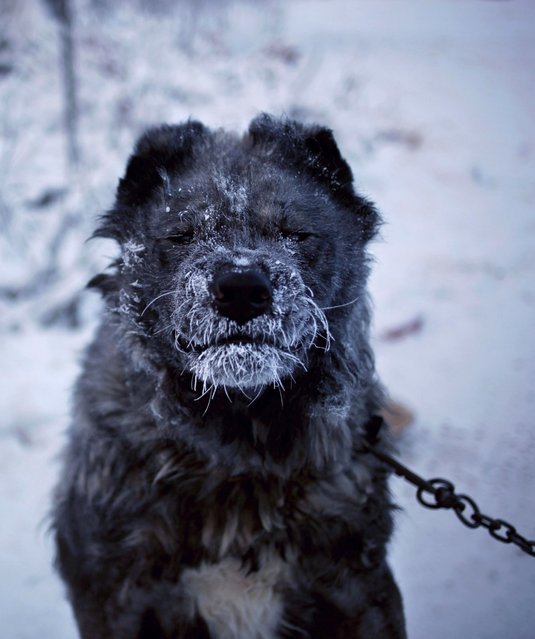 A guard dog in the suburbs of Yakutsk, Russia, considered to be the coldest city in the world, January 2014. (Photo by Amos Chapple/REX Features)
Details
30 Jan 2015 10:49:00,post received 0 comments
Fact Earth Photo 2022 Shortlist 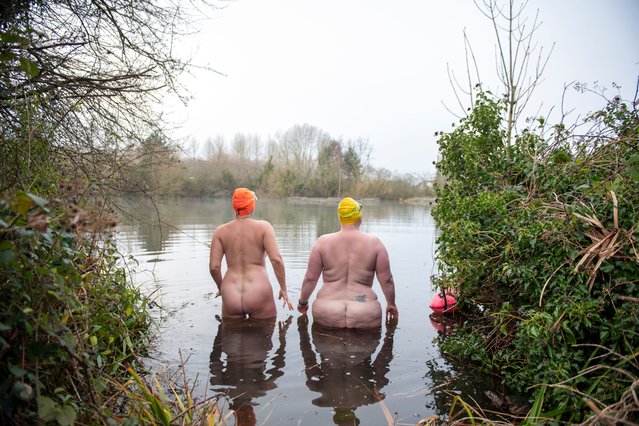 Hannah Maule-ffinch, “Wild Swimmers”, 2020, Hinksey Lake, Oxfordshire. Category: People. The series Wild Swimmers explores how humans are strongest when coming together in the face of adversity. In this photo, Emma and Emma have an amazing bond and friendship, built through their daily ritual of cold swimming in often bracing conditions. (Photo by Hannah Maule-ffinch/Earth Photo 2022)
Details
26 Jun 2022 04:19:00,post received 0 comments
Popular tags:
All tags
Last searches: