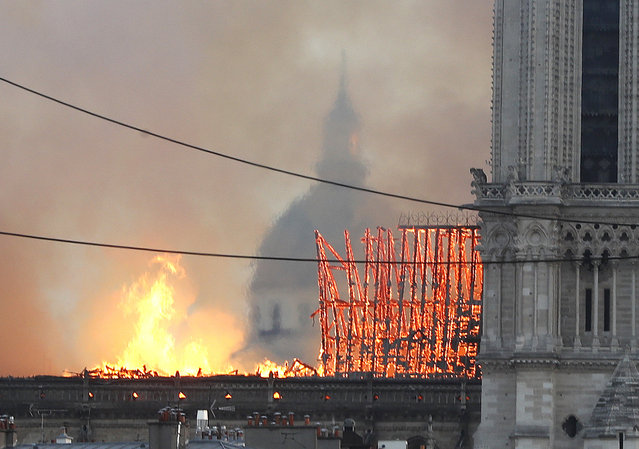 Flames rise from Notre Dame cathedral as it burns in Paris, Monday, April 15, 2019. Massive plumes of yellow brown smoke is filling the air above Notre Dame Cathedral and ash is falling on tourists and others around the island that marks the center of Paris. (Photo by Thibault Camus/AP Photo)
Details
16 Apr 2019 08:34:00,post received 0 comments
Fact Anarchy in Paris

A French riot police officer is surrounded by flames, during a demonstration against the controversial labour reforms of the French government in Paris on September 15, 2016. Opponents of France's controversial labour reforms took to the streets on September 15, 2016 for the 14th time in six months in a last-ditch bid to quash the measures that lost the Socialist government crucial support on the left. Scores of flights in and out of France were cancelled as air traffic controllers went on strike to try to force the government to repeal the changes that became law in July. (Photo by Thomas Samson/AFP Photo)
Details
16 Sep 2016 10:43:00,post received 0 comments
Fact Toro de Cuerda 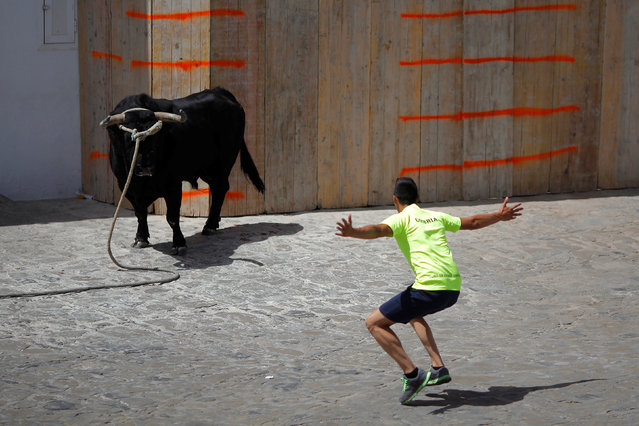 A runner tries to get the attention of a bull, named Santon, during the “Toro de Cuerda” (Bull on Rope) festival at Plaza de Espana square in Grazalema, southern Spain, July 18, 2016. Three bulls restrained by a rope are allowed to run through the streets of the village during the annual festival. (Photo by Jon Nazca/Reuters)
Details
19 Jul 2016 12:53:00,post received 0 comments
Fact Clashes in Paris 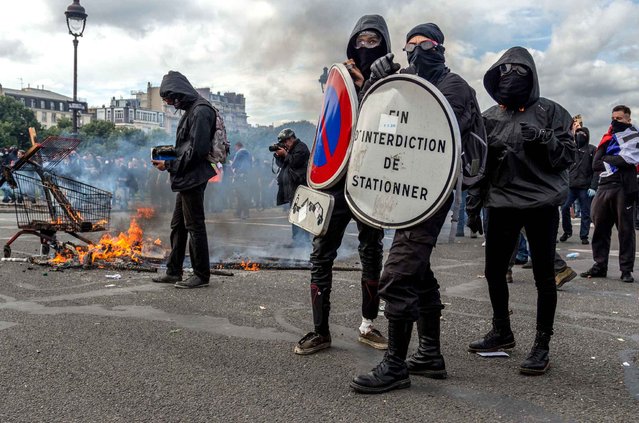 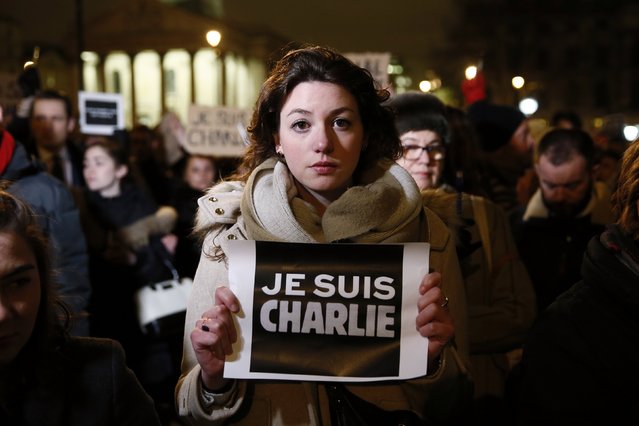 A woman holds a placard that reads, “I am Charlie”, during a vigil to pay tribute to the victims of a shooting by gunmen at the offices of weekly satirical magazine Charlie Hebdo in Paris, at Trafalgar Square in London January 7, 2015. (Photo by Stefan Wermuth/Reuters)
Details
08 Jan 2015 14:13:00,post received 0 comments
Fact “Feria de Abril” Celebrations 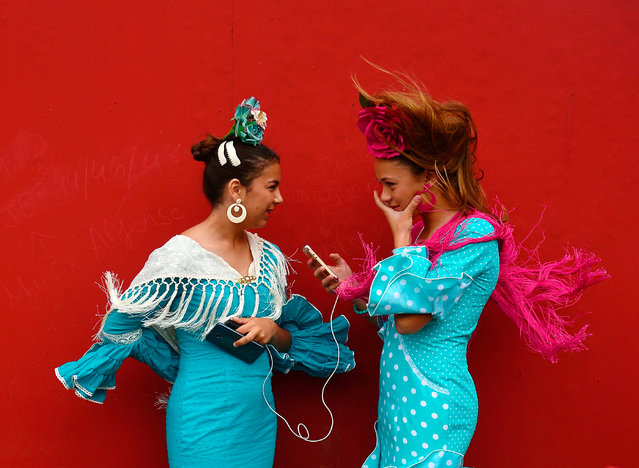 Two girls wearing traditional Sevillian dresses talk during the “Feria de Abril” (April Fair) in Sevilla on April 30, 2017. The fair dates back to 1847 when it was originally organized as a livestock fair but has turned into a week of flamenco dancing, music and bullfighting. (Photo by Cristina Quicler/AFP Photo)
Details
06 May 2017 07:31:00,post received 0 comments
Fact De Markies – The Mobile Home 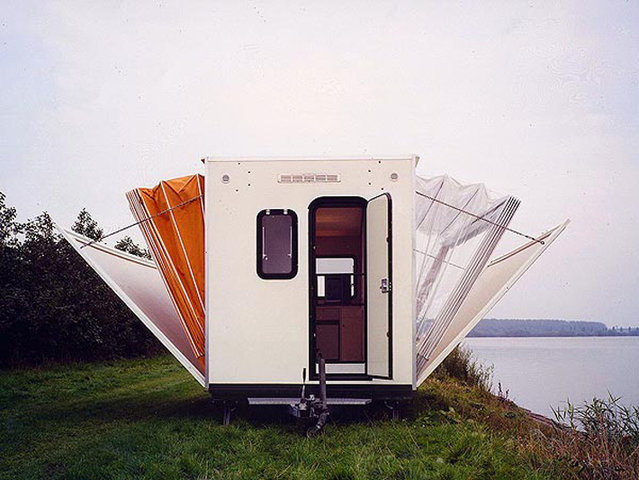 The mobile home “De Markies” was an entry in the “Temporary Living” competition 1985 and was conceived as a mobile home. Onthe road it measures 2.00 m by 4.50 m, and once it has arrived at its destination its floorspace can be increased threefold in a matter of seconds. “De Markies” was awarded the Public Prize at the Rotterdam Design Prize 1996. For further information please visit Bothlink.
Details
29 Jul 2013 12:16:00,post received 0 comments
Fact “Fiesta de las Palancas” 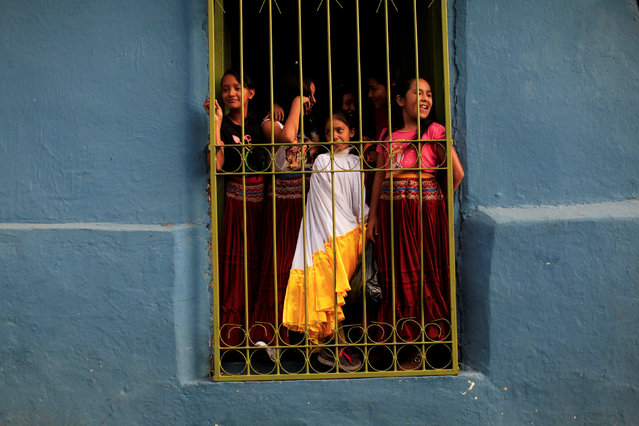