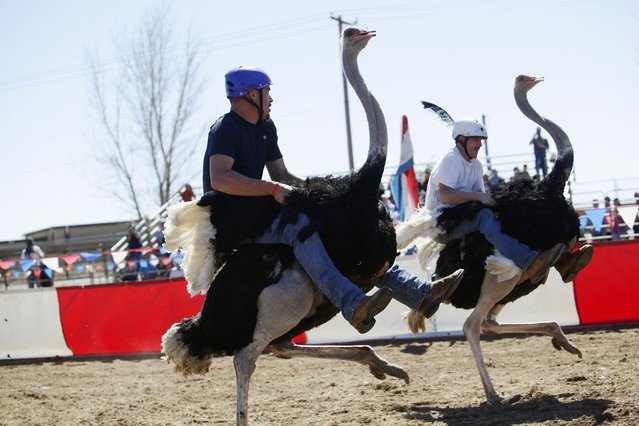 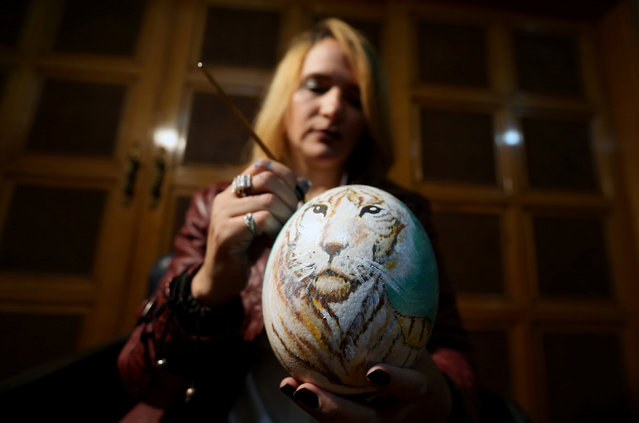 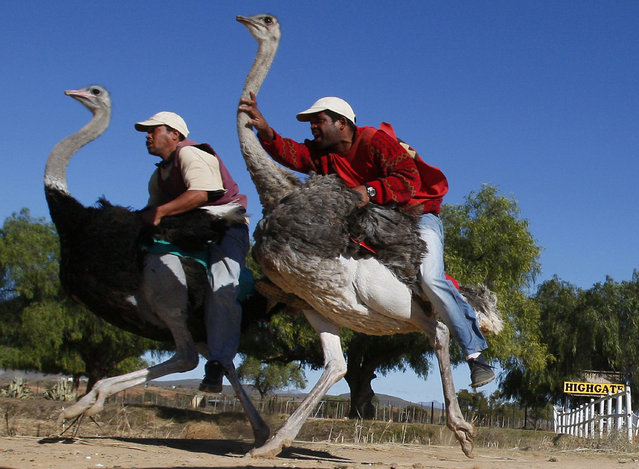 In this Sunday, June 27, 2010 file photo two men compete in an ostrich race at Highgate ostrich farm in Oudtshoorn, South Africa. Clambering onto an ostrich for a ride used to be popular among tourists in a South African town of Oudtshoorn known of as the “ostrich capital of the world”. Not so much anymore. Two major ostrich farms in Oudtshoorn have stopped offering ostrich rides to tourists, responding to concerns about the birds’ welfare. A third farm is sticking with the feature, saying it is regulated and that ostriches do not experience discomfort. The Highgate farm, however, continues to offer ostrich rides. (Photo by Shuji Kajiyama/AP Photo)
Details
20 Jun 2017 07:23:00,post received 0 comments
Fact Animals this Month 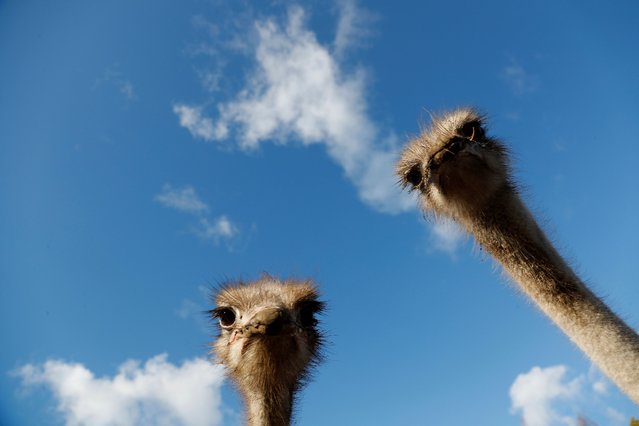 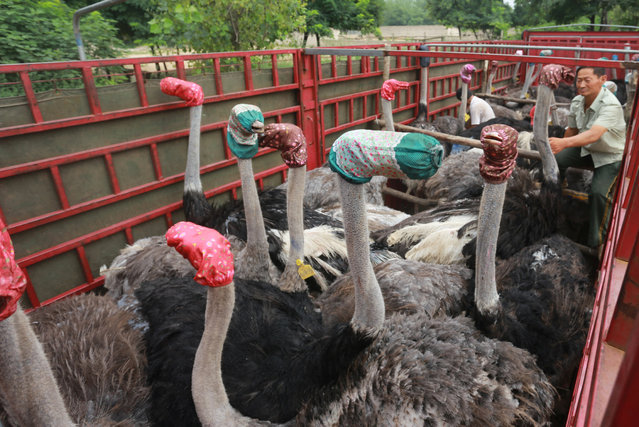 Ostriches wear masks as they are transported by a truck for relocation in Zhengzhou, Henan Province, China, August 8, 2016. (Photo by Reuters/Stringer)
Details
16 Aug 2016 09:35:00,post received 0 comments
Fact Some Photos: Silhouettes 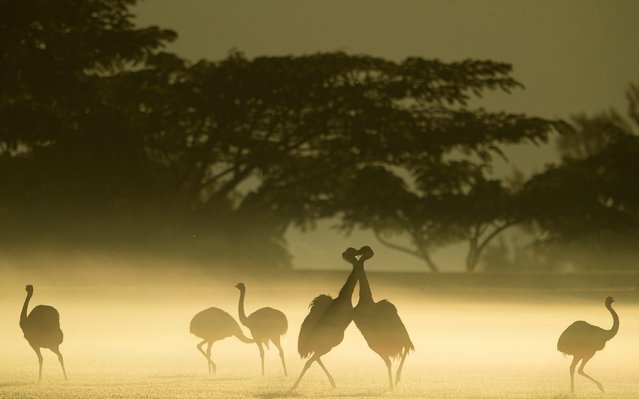 View of a group of ostriches, in the gardens of the Palacio do Alvorada, in Brasilia, Brazil, 02 June 2020. The ostrich is the largest and heaviest bird in the world. When the chicks hatch they are between 25 and 30 cm tall, weighing about 900 grams. (Photo by Joedson Alves/EPA/EFE/Rex Features/Shutterstock)
Details
08 Jun 2020 00:03:00,post received 0 comments
Touching Sunsets on the Masai Mara 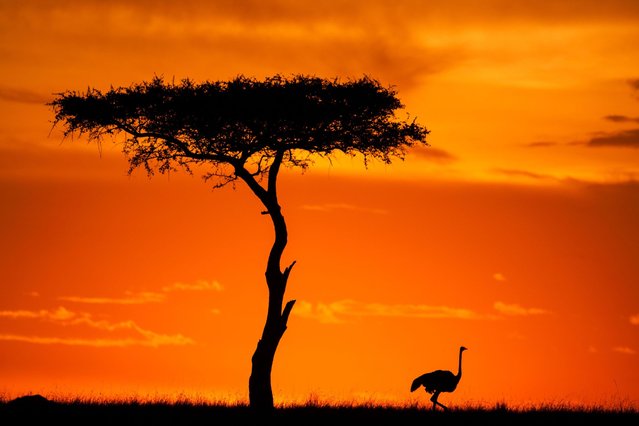 A photographer has shared his stunning gallery of African sunrises and sunsets. Paul Goldstein says he has spent years trying to photograph the perfect beginning and ending of the Masai Mara day. Thanks to his role as guide for Exodus Travels, there have been countless opportunities to document the beautiful natural spectacle. Photo: “African Fire”: Ostrich at sunset. (Photo by Paul Goldstein/Rex Features)
Details
12 Jun 2014 10:54:00,post received 0 comments
Fact Humans and Animals 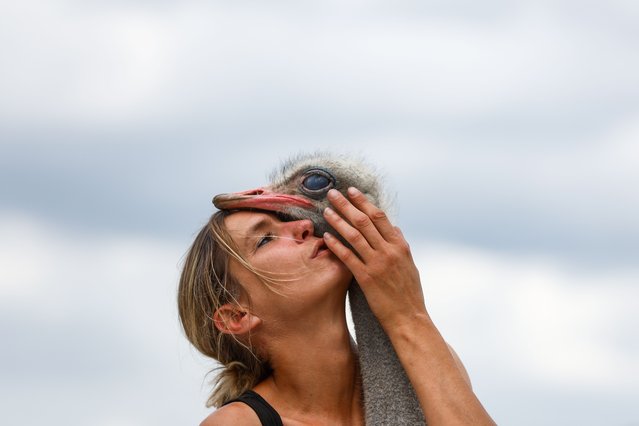