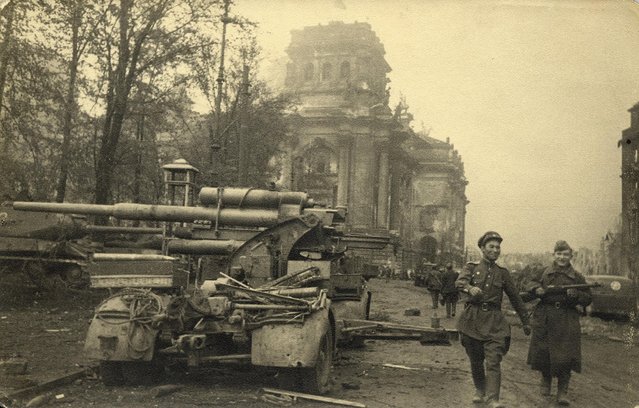 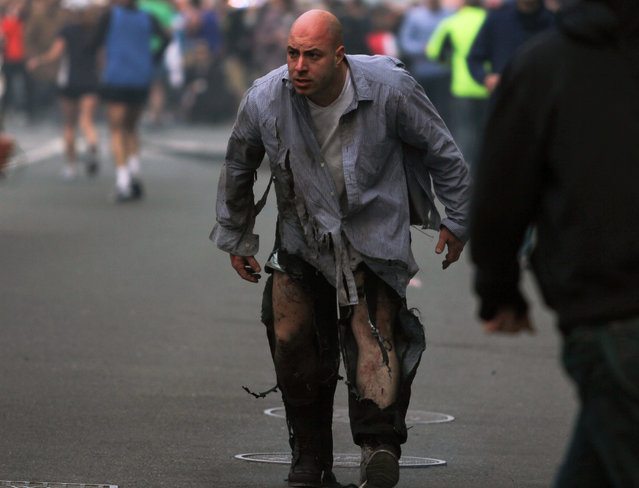 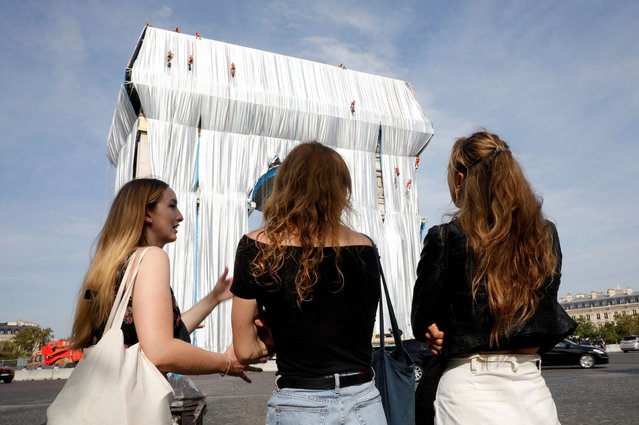 Bystanders look on as workers arrange silver blue fabric, part of the process of wrapping L'Arc de Triomphe in Paris on September 13, 2021, designed by the late artist Christo. Work has begun on wrapping the Arc de Triomphe in Paris in silvery-blue fabric as a posthumous tribute to the artist Christo, who had dreamt of the project for decades. Bulgarian-born Christo, a longtime Paris resident, had plans for sheathing the imposing war memorial at the top of the Champs-Elysees while renting an apartment near it in the 1960s (Photo by Geoffroy Van der Hasselt/AFP Photo)
Details
01 May 2022 04:48:00,post received 0 comments
Fact 70 Years Since End of Epochal War 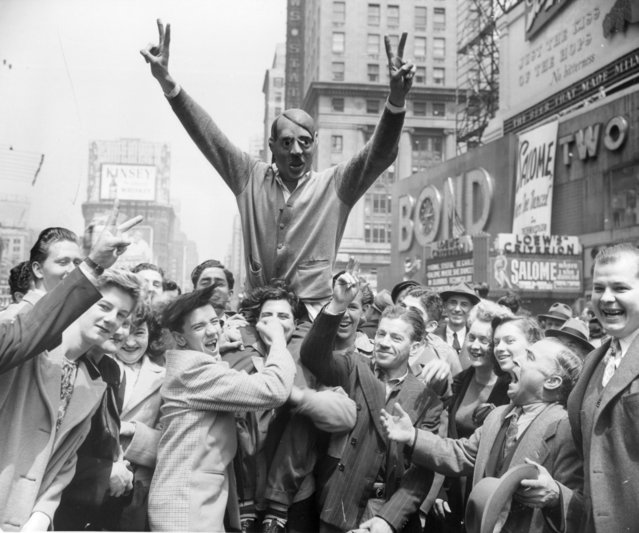 Cheering The News of Germany's Surrender New Yorkers Gather around a youth wearing a mask of Adolf Hitler to cheer the news of the Surrender of Germany on May 7. The Crowd is gathered in times Square, New York. May 08, 1945. (Photo by New York Post/Photo Archives, LLC via Getty Images)
Details
08 May 2015 13:06:00,post received 0 comments
Fact Thai King Marks 70 Years on the Throne 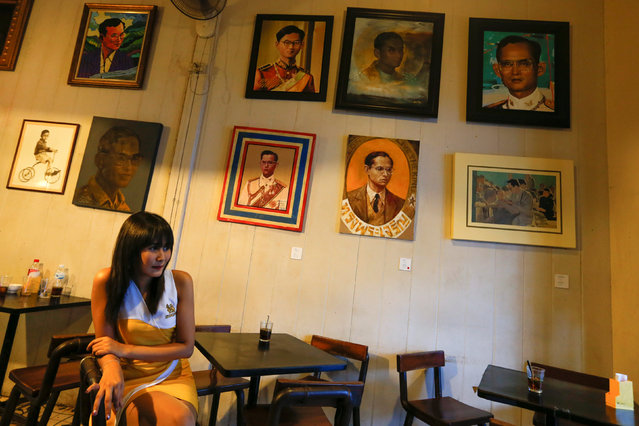 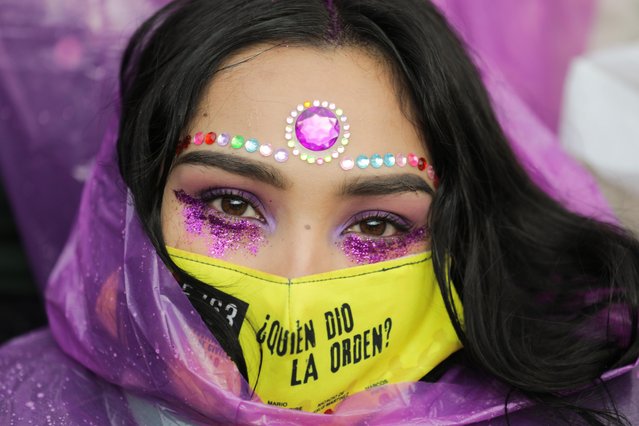 A demonstrator wearing a face mask reading “Who gave the order?” looks on during a protest to mark the International Day for the Elimination of Violence against Women, in Bogota, Colombia on November 25, 2020. (Photo by Luisa Gonzalez/Reuters)
Details
20 Feb 2021 09:32:00,post received 0 comments
Fact New York’s Exclusive Studio 54 Nightclub in its ’70s 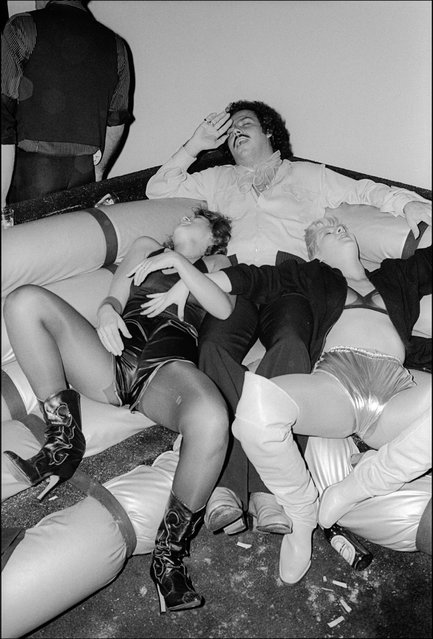 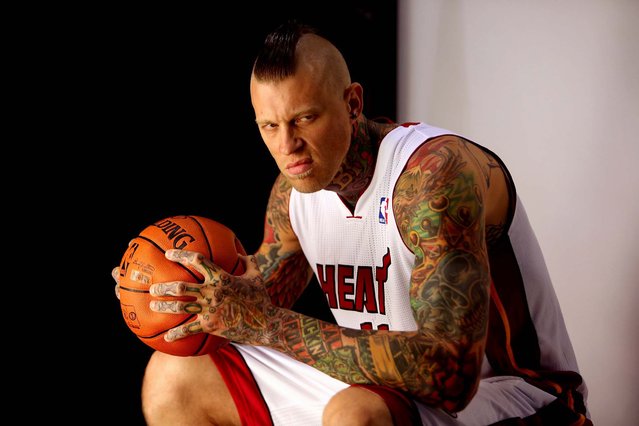