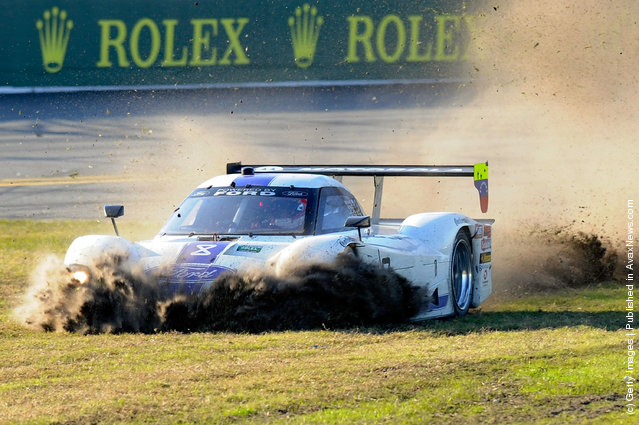 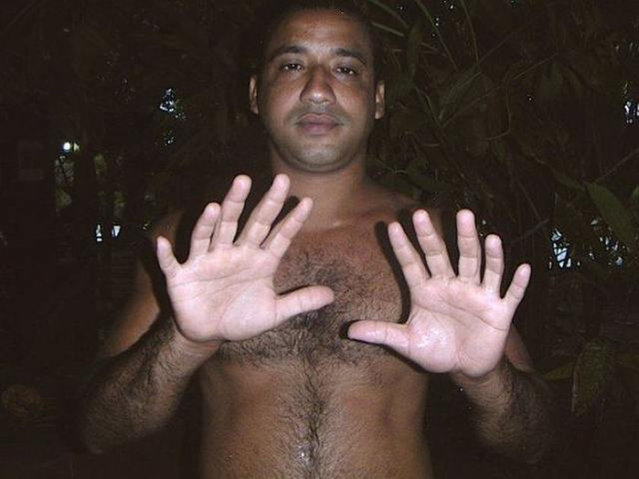 Yoandri Hernandez Garrido, 37, proudly displays his 12 fingers in Baracoa, Guantanamo province, Cuba. His condition, known as polydactyly, is relatively common, but it's rare for extra digits to be so perfect.

Polydactyly or polydactylism (from Ancient Greek πολύς (polus) "many" + δάκτυλος (daktulos) "finger"), also known as hyperdactyly, is a congenital physical anomaly in humans, dogs, and cats having supernumerary fingers or toes. Polydactyly is the opposite of oligodactyly (fewer fingers or toes).
wikipedia
Details
14 Dec 2012 13:56:00,post received 0 comments
Fact September 23-24 in History 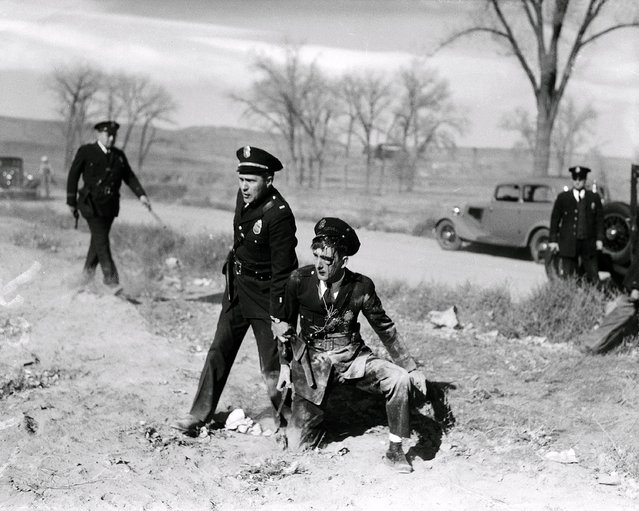 A fellow officer comes to the aid of injured patrolman C.V. Satt, who was pelted with rocks and beer bottles during a clash between police and relief demonstrators in Denver September 23, 1935. (Photo by Henry G. Eisenhand/AP Photo)
Details
24 Sep 2015 10:57:00,post received 0 comments
Wow Supercharged 24 Cylinder Engine 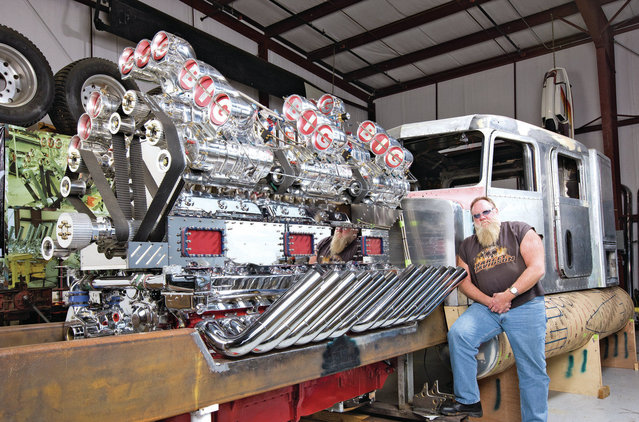 This thing has 24 cylinders, 1,704 cubic inches, 12 GMC superchargers (blowers), 8 nitrous bottles and it runs! Why build such a beast? “Because I can,” Harrah says. There’s no other reason to take a 24V71 and build an intake manifold that weighs 1,000 pounds and mount eight 6-71 superchargers on top of four others. This is a V24 Detroit Diesel (normally used to power ships) which is two V12 Detroits joined together nose to nose with splined cranks.
Details
26 Aug 2014 18:40:00,post received 0 comments
Wow Painted Mil Mi-24 Hind 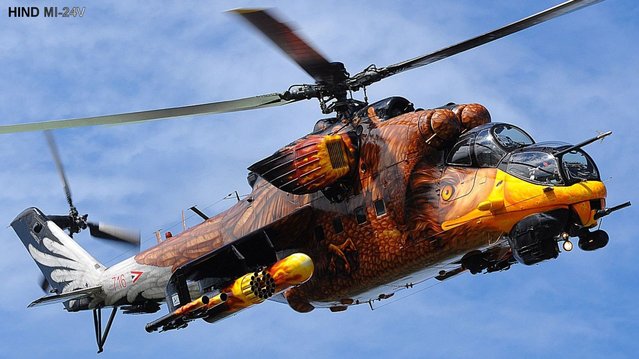 The pictures are not of an American helicopter, but of a Russian MI-24 "Hind" assault helicopter. It was used extensively by the Soviets in Afghanistan but this paint-job does not appear to be for combat. We suspect it is for purposes of promotion or public performance. There are some pictures of it on display at an air show at Szentkirályszabadja, Hungary. Whether there are others like it, we don't know, the the only pictures of this paint scheme are all on the same helicopter designated number 117.
Details
30 Jun 2013 11:04:00,post received 0 comments
Fact The Day in Photos – August 24, 2016 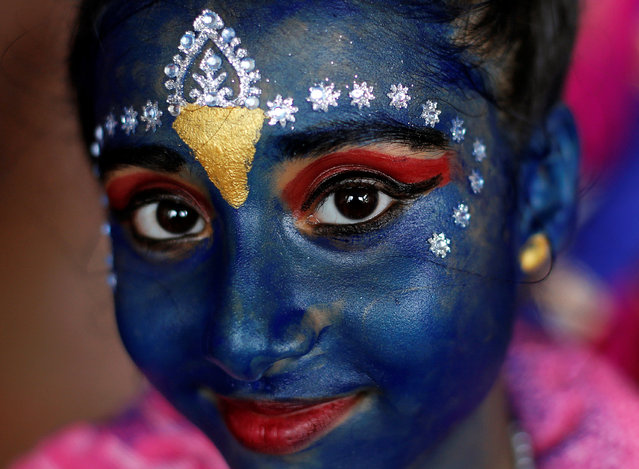 A student participates in celebrations ahead of the Janmashtami festival, which marks the birth anniversary of Lord Krishna in Mumbai, India, August 23, 2016. (Photo by Danish Siddiqui/Reuters)
Details
24 Aug 2016 11:56:00,post received 0 comments
Fact The Day in Photos – October 24, 2015 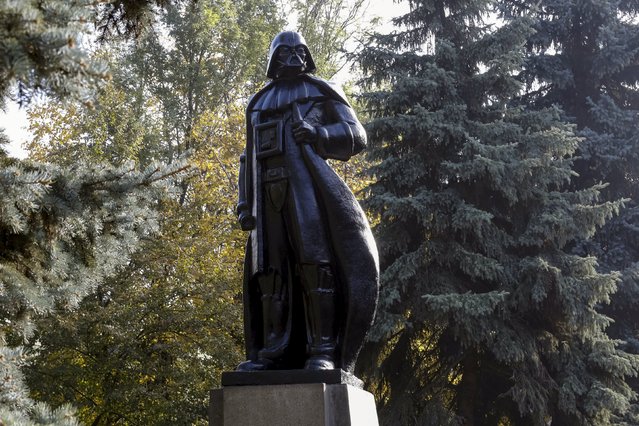 A monument to the character of Darth Vader from "Star Wars", which was rebuilt from a statue of Soviet state founder Vladimir Lenin, is seen in Odessa, Ukraine, October 23, 2015. The Internet Party of Ukraine's main candidate, a person named for the legendary "Star Wars" villain Darth Vader, campaigned in Odessa, cruising through town on a black van to the sound of Imperial March from "Star Wars" saga. (Photo by Yevgeny Volokin/Reuters)
Details
25 Oct 2015 08:08:00,post received 0 comments
Fact The Day in Photos – November 24, 2015 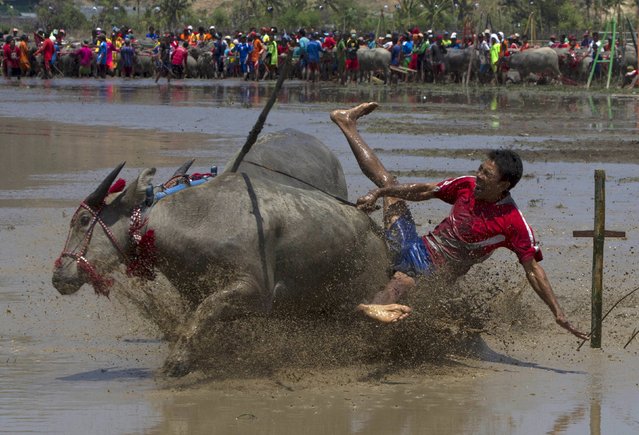 A jockey falls off during a traditional Barapan Kebo or buffalo races, in Taliwang, on the island of Sumbawa, West Nusa Tenggara, Indonesia November 22, 2015. Around 250 pairs of water buffalo took part in the Barapan Kebo ahead of the planting season, for prizes which included a top prize of a pilgrimage to Mecca. (Photo by Sigit Pamungkas/Reuters)
Details
24 Nov 2015 08:08:00,post received 0 comments
Popular tags:
All tags
Last searches: