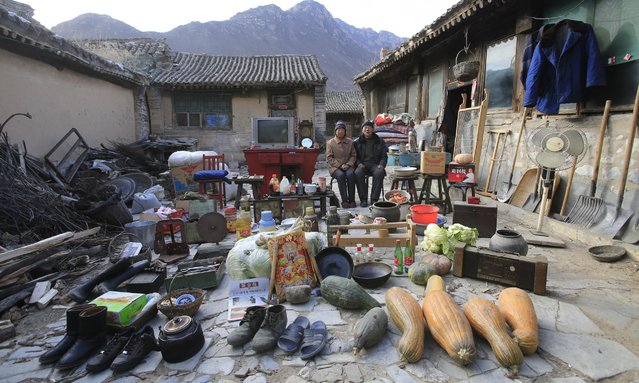 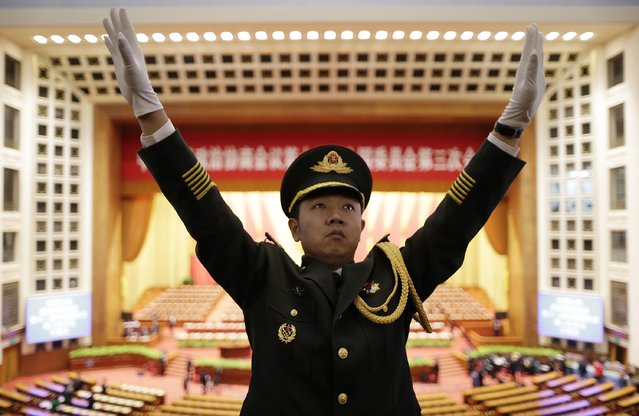 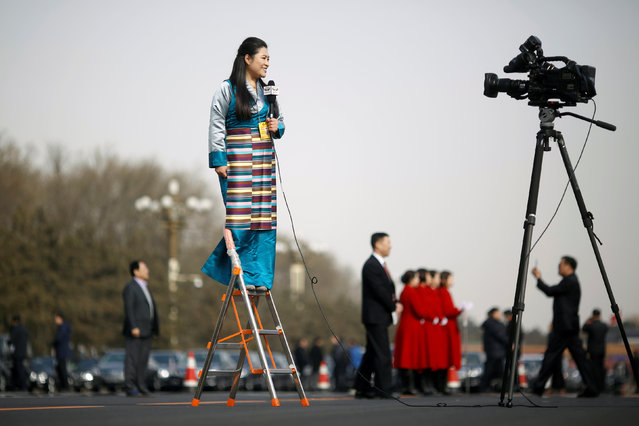 A journalist reports on a ladder outside the Great Hall of the People during the opening session of the National People's Congress (NPC) in Beijing, China March 5, 2018. The NPC has over 3,000 delegates and is the world's largest parliament or legislative assembly though its function is largely as a formal seal of approval for the policies fixed by the leaders of the Chinese Communist Party. The NPC runs alongside the annual plenary meetings of the Chinese People's Political Consultative Conference (CPPCC), together known as “Lianghui” or “Two Meetings”. (Photo by Thomas Peter/Reuters)
Details
07 Mar 2018 00:01:00,post received 0 comments
Fact People’s Party and Chinese Cap Go Meh Festival 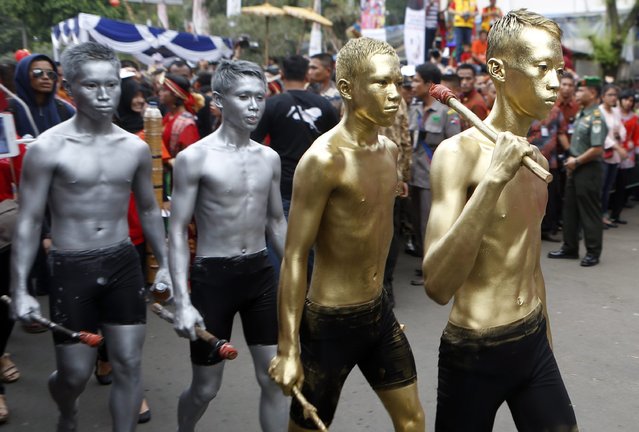 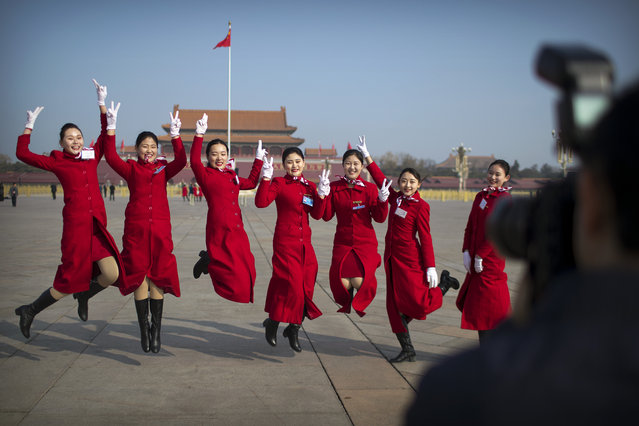 Bus ushers leap as they pose for a group photo during a meeting one day ahead of the opening session of China's National People's Congress (NPC) at the Great Hall of the People in Beijing, Monday, March 4, 2019. (Photo by Mark Schiefelbein/AP Photo)
Details
05 Mar 2019 00:03:00,post received 0 comments
Fact The Chinese People's Political Consultative Conference (CPPCC) Continues 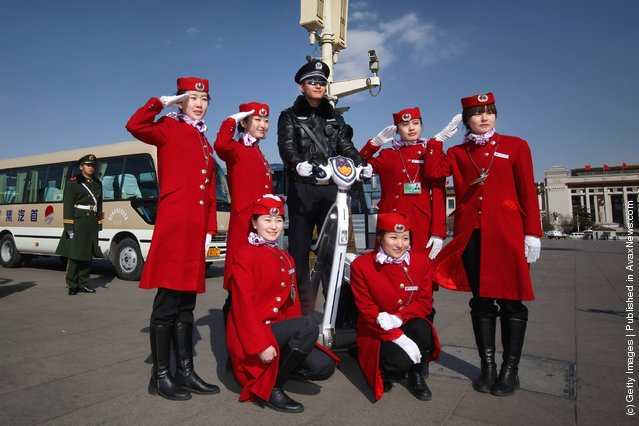 Hostesses pose for photos with a police officer on the motorized vehicle during the third plenary meeting of the 11th National Committee of the Chinese People's Political Consultative Conference (CPPCC) at The Great Hall Of The People on March 10, 2012 in Beijing, China. (Photo by Feng Li/Getty Images)
Details
11 Mar 2012 09:11:00,post received 0 comments
Wow Chinese Homecoming 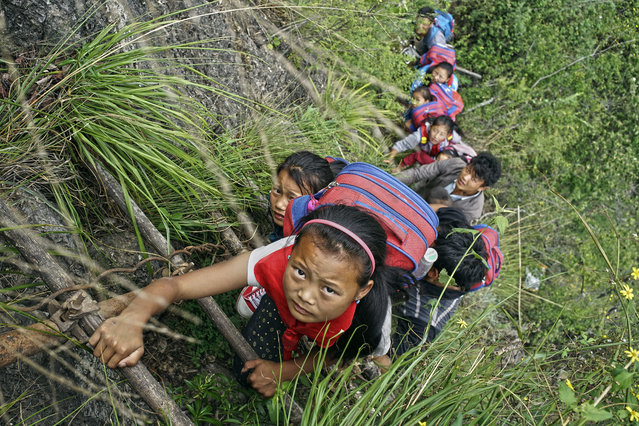 In this May 14, 2016 photo, children wearing their school backpacks climb on a cliff using a bamboo ladder on their way home from school in Zhaojue county, southwest China's Sichuan province. A village in China's mountainous west where schoolchildren must climb an 800-meter (2,625-foot)-high bamboo ladder secured to a sheer cliff face may get a set of steel stairs to improve it's safety. (Photo by Chinatopix via AP Photo)
Details
27 May 2016 12:47:00,post received 0 comments
Fact Chinese Siesta 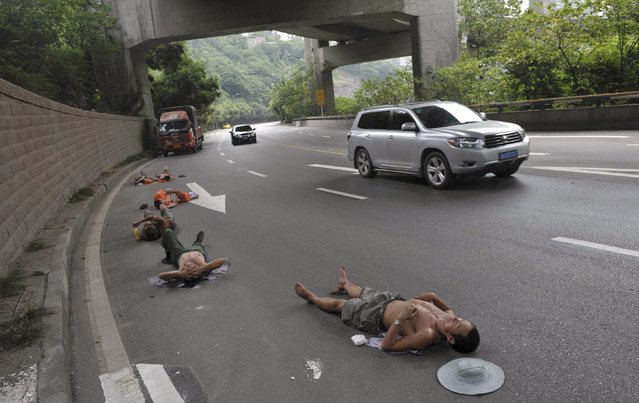 Labourers who work nearby nap on a road as cars drive past in Chongqing Municipality, July 23, 2013. (Photo by Reuters/Stringer)
Details
05 Sep 2013 10:28:00,post received 0 comments
Popular tags:
All tags
Last searches: