Fact Creatures of the Deep 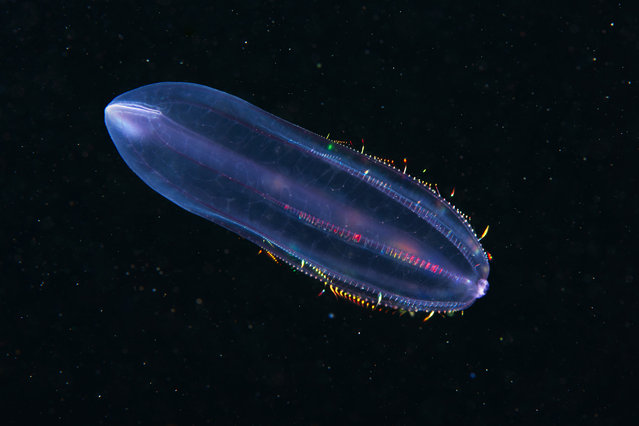 Underwater photographer Alexander Semenovs has snapped some of the most stunning, fragile life forms anywhere on planet Earth. Shot in deep, dark conditions, the images continue to provide an insight into what lies beneath, with glowing creatures appearing a lot like aliens in the pitch-black water. Semenovs has shot the likes of bioluminescent jellyfish, aggressive-looking worms and many species that leave a lot to the imagination. The 30-year-old from Moscow does the majority of his work in the White Sea, near the Arctic Circle. Here: A Comb jelly – Beroe cucumis. (Photo by Alexander Semenovs/Caters News)
Details
23 Nov 2015 08:06:00,post received 0 comments
Fact Creatures of the Deep 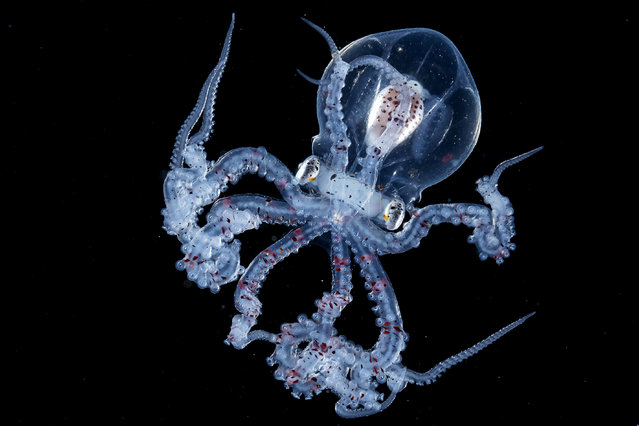 Ace Wu searches the deep to photograph stunning underwater creatures. Against their predominantly black backdrops, Wu’s breathtaking subjects glow with sublime vibrancy. In one, a fearsome fish glares at the camera with rows of sharp teeth showing, while in another, a translucent octopus looks like an extraterrestrial. Here: Wunderpus larva. (Photo by Ace Wu/Caters News Agency)
Details
08 May 2018 00:01:00,post received 0 comments
Fact Aliens of the Deep 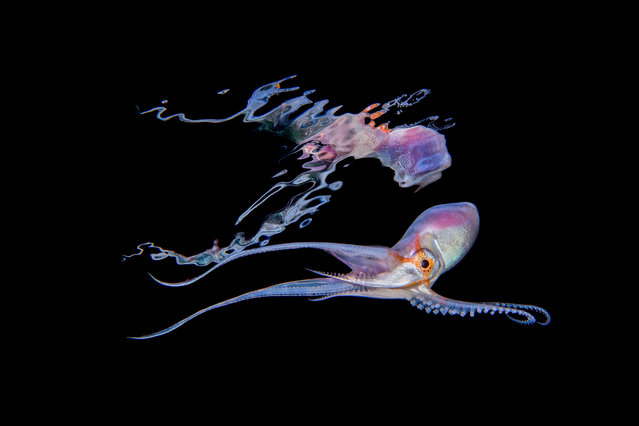 Impressive images of these alien-like creatures were captured underwater – photographer Cai Songda is a keen diver and did not miss the chance to snap pictures of the unique “aliens”. Here: A Tremoctopus Gracilis in the waters around Anilao, Philippines. (Photo by Cai Songda/Caters News Agency)
Details
17 Aug 2018 00:03:00,post received 0 comments
Fact Neon Creatures of the Sea Deep 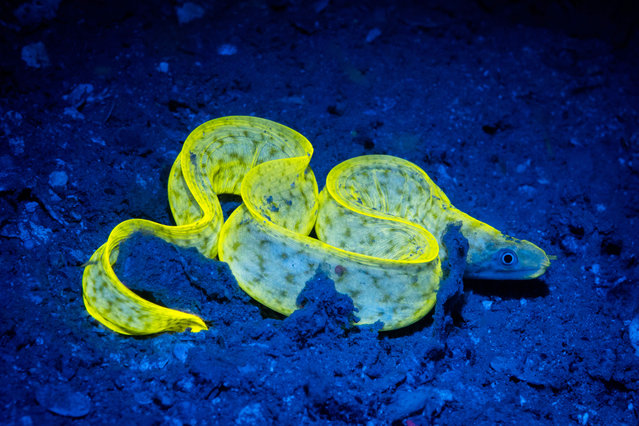 Neon sea creatures have been captured lighting up the ocean with their vibrant colors – in what looked like a scene from Avatar. Photographer Simon Pierce, 39, took the images over several months after visiting both Nosy Sakatia in Madagascar and Mafia Island in Tanzania recently. (Photo by Simon Pierce/Caters News Agency)
Details
12 Dec 2018 00:05:00,post received 0 comments
Educative Simply Some Photos: In The Deep 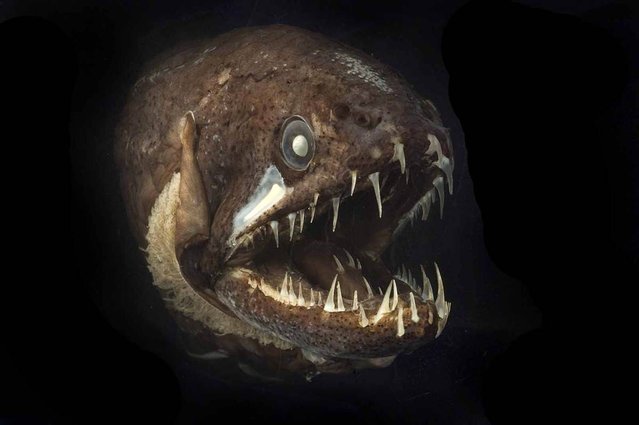 Imagine living in the sea where it is permanently dark, cold, and food is hard to find. For many animals at depth, it may be weeks to months between meals. If you find something to eat, you have to hang on to it. This is why so many deep-sea fishes have lots of big teeth. This dragonfish, spotted off the coast of Australia, even has teeth on its tongue. They would be terrifying animals ... if they weren’t the size of a banana. (Photo by Julian Finn/Museum Victoria)
Details
21 May 2012 12:14:00,post received 0 comments
Touching Deep Space Objects 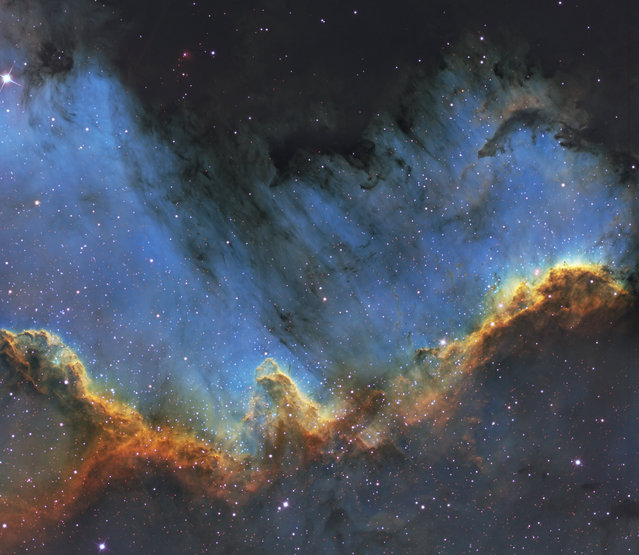 Amateur astronomer Bill Snyder has been involved with astrophotography since 2007. Photo: The Cygnus Wall is in the southern area of NGC7000 also known as the North America Nebula. It is approximately 1800 light years from Earth, and is in the constellation Cygnus. The Wall is an energized shock front and contains the most concentrated star formations in the nebula. The size of the North America Nebula is about 4 full moons. (Photo and caption by Bill Snyder)
Details
30 Oct 2013 09:15:00,post received 0 comments
Wow Battle Of Helm’s Deep Made From Lego
[ 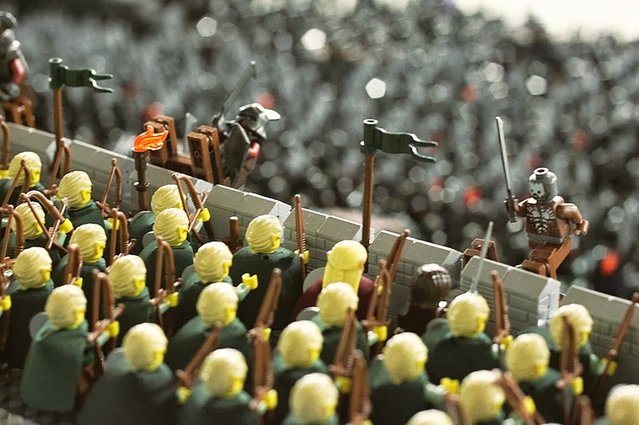 Based on the layout of Helm’s Deep featured in Peter Jackson’s film adaptation, this 150,000 brick set piece is astounding. The artists, who go by the names Rich-K and Big J, apparently, nail the atmosphere and scale of the conflict of one Lord of the Rings most iconic scenes. At the time these photos were taken, the model was about 90% complete, with an estimated four months worth of work. The time, money and personal investment that must have gone into this project is impressive.
Details
19 Sep 2013 10:22:00,post received 0 comments
Wow Giant Deep Sea Diver and His Niece 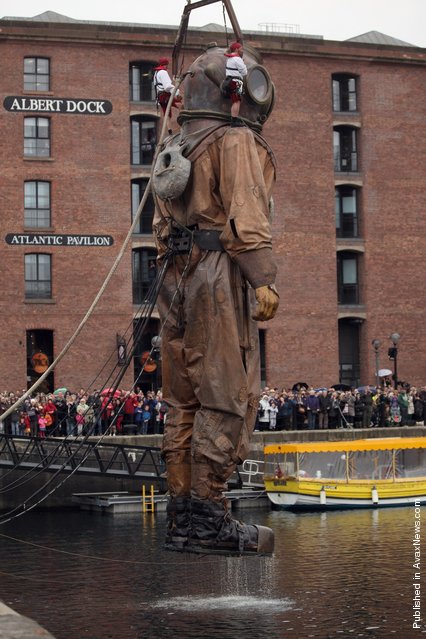