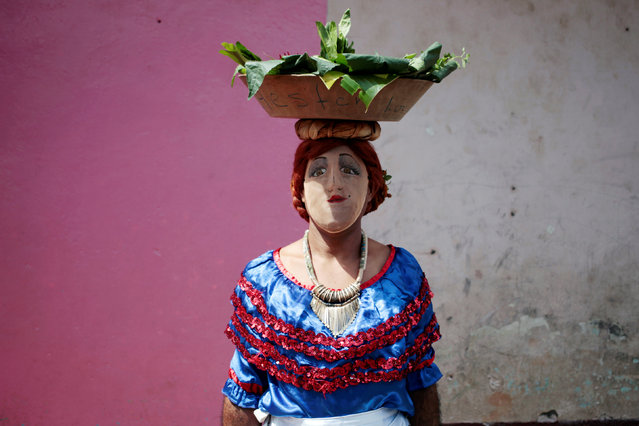 A man with a mask poses for a portrait as he takes part in festivities in honour of patron saint San Jeronimo in Masaya city, Nicaragua November 20, 2016. (Photo by Oswaldo Rivas/Reuters)
Details
22 Nov 2016 11:04:00,post received 0 comments
Fact Masks Workshop in Nicaragua 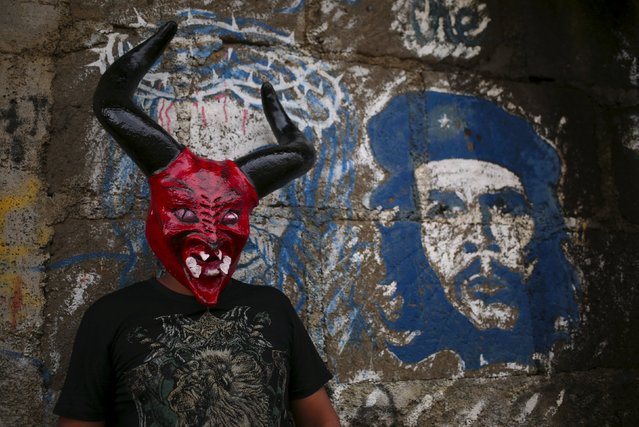 A man dressed as a devil poses next to a grafitti of late rebel hero Ernesto "Che" Guevara in the indigenous community of Monimbo in Masaya, Nicaragua, October 16, 2015. People prepare to participate in the popular annual festival called "The Aguizotes" held on the last Friday of October, where residents dress up as characters from legends and folklore mythology of Nicaragua. (Photo by Oswaldo Rivas/Reuters)
Details
20 Oct 2015 08:04:00,post received 0 comments
Touching The Second Life of Tires in Nicaragua 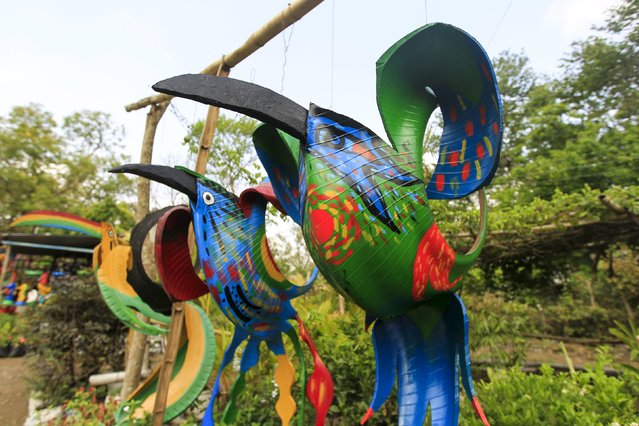 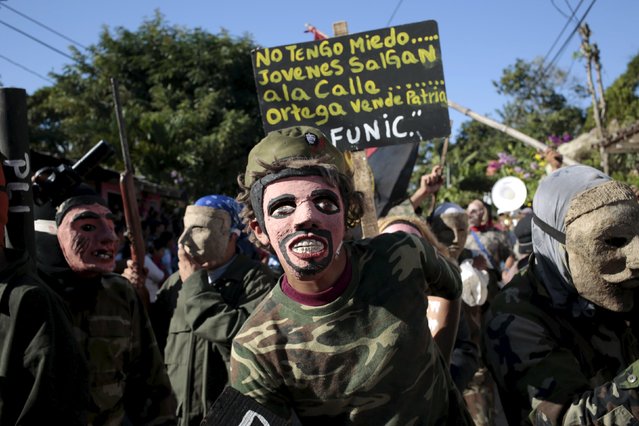 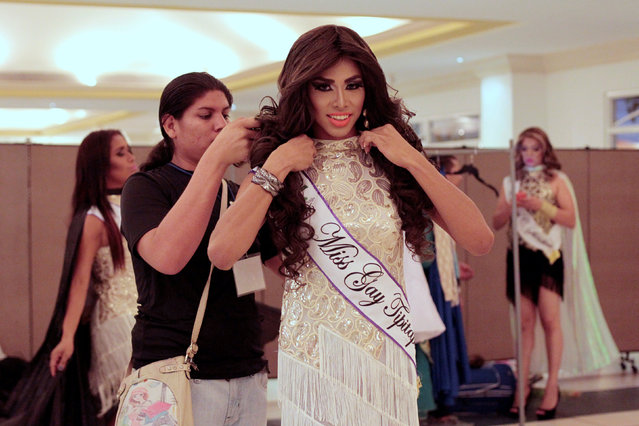 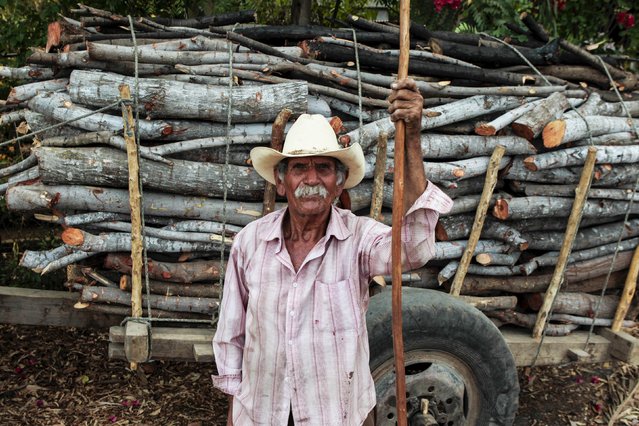 A man poses for a pictures, as he transport logs on his bull-cart to make charcoal at La Campanera village, Nicaragua, May 22, 2015. Around 300 families live off the sale of charcoal in this area located in the dry corridor of Nicaragua. Friday marks World Environment Day. Picture taken May 22, 2015. REUTERS/Oswaldo Rivas
Details
18 Jun 2015 10:27:00,post received 0 comments
Fact African Migrants at the Costa Rica-Nicaragua Border 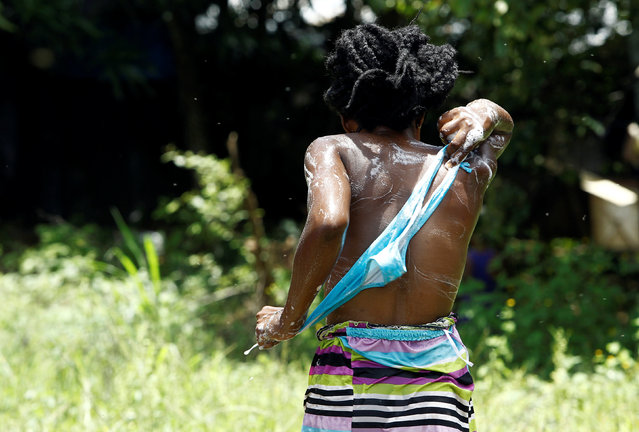 An African migrant stranded in Costa Rica bathes at a makeshift camp at the border between Costa Rica and Nicaragua, in Penas Blancas, Costa Rica, July 14, 2016. Thousands of African migrants are currently stranded in Costa Rica after they were denied entry into neighbouring Nicaragua, which they have been using as a crossing point in order to reach the United States. According to the Costa Rican Red Cross, most of these people from Africa, Asia and Haiti. It has been reported that many of them paid smugglers to reach Central America. However, when they arrived at the border gates, they were denied entry and were left with nowhere to go. (Photo by Juan Carlos Ulate/Reuters)
Details
16 Jul 2016 08:17:00,post received 0 comments
Disgusting Celebrations in Honour of San Juan Bautista in Nicaragua 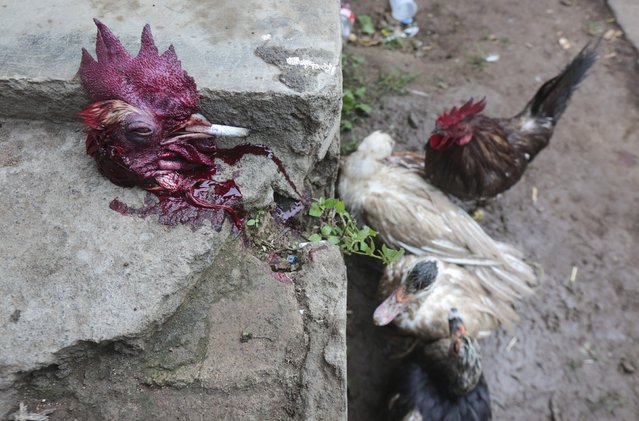 The head of a decapitated rooster is pictured after a rooster run, during celebrations in honour of San Juan Bautista in San Juan de Oriente town, Nicaragua, June 26, 2015. The rooster runs, where horse-riders try to pull the head off live roosters, symbolize the beheading of John the Baptist. (Photo by Oswaldo Rivas/Reuters)
Details
28 Jun 2015 12:45:00,post received 0 comments
Popular tags:
All tags
Last searches: