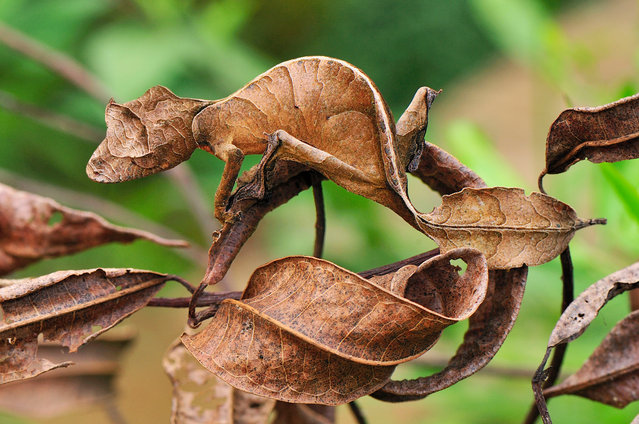 Is it a leaf? Is it tree bark? No, it’s the Satanic leaf-tailed gecko. Cleverly disguised as a rotting leaf, Madagascar’s camouflage king has red eyes, pointy horns and a taste for night hunting: it’s nature’s most devilish deceiver. The twisted body and veiny skin echo the detail of a dry leaf, which ensures the gecko blends in with its forest home. The mottled tail appears to have sections missing, as though it has withered over time. This mini-monster epitomises survival of the fittest, having adapted gradually to become today’s extraordinary leaf impersonator. (Photo by Thomas Marent/ARDEA)
Details
20 Nov 2015 08:03:00,post received 0 comments
Charming True Friendship 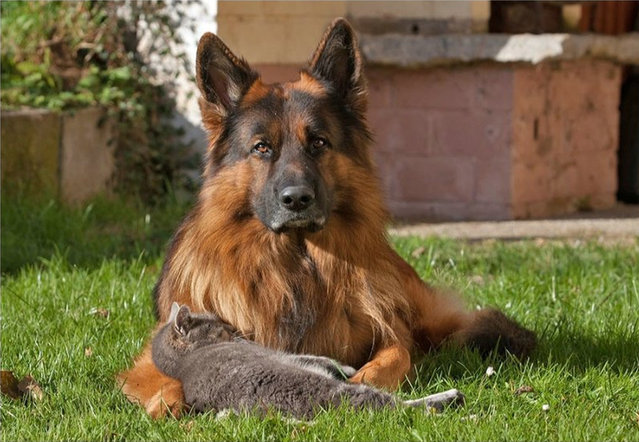 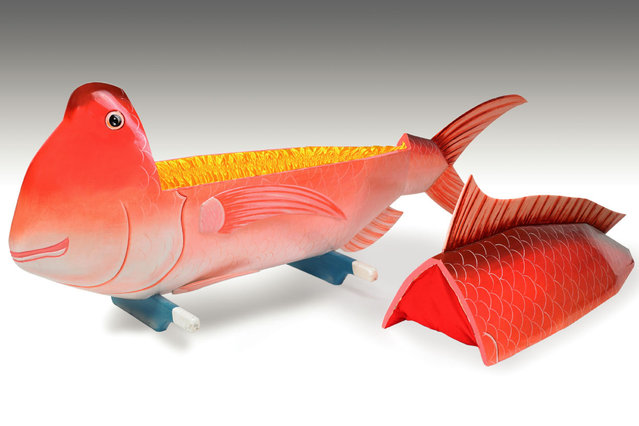 Nottingham-based Vic Fearn & Co. has created unusual coffins in the shape of beer and whiskey bottles, the Angel of the North, guitars and in a geometric style. The handmade caskets cost as much as £5,000 ($6,200). Here: A coffin in the shape of a fish which has been handmade. (Photo by Caters News Agency)
Details
27 Sep 2019 00:01:00,post received 0 comments
Touching True Friendship Pat Two 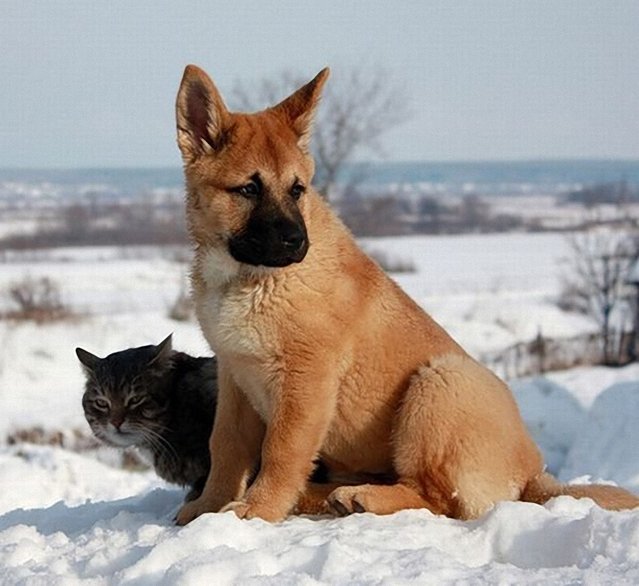 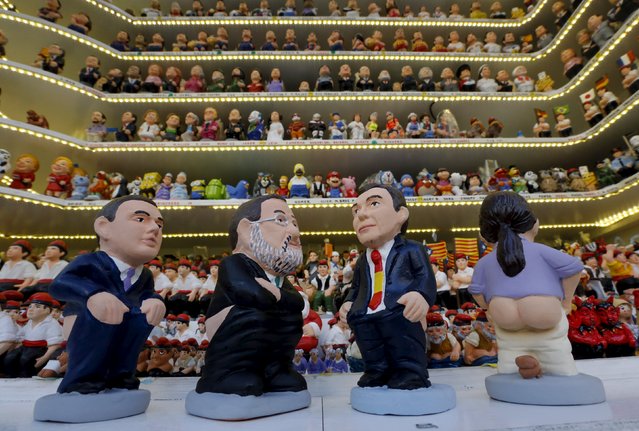 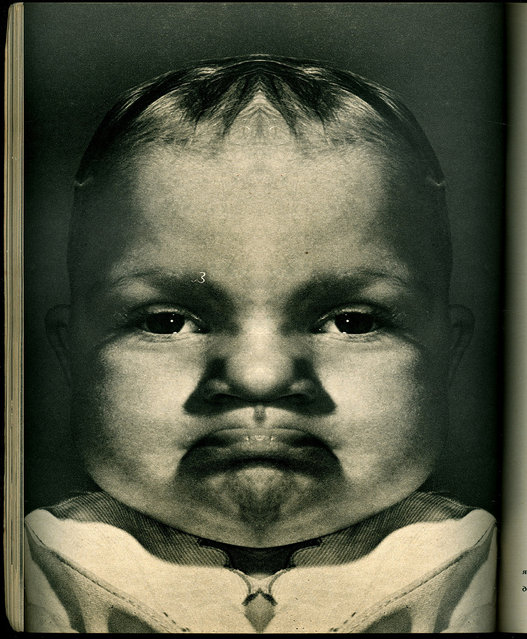 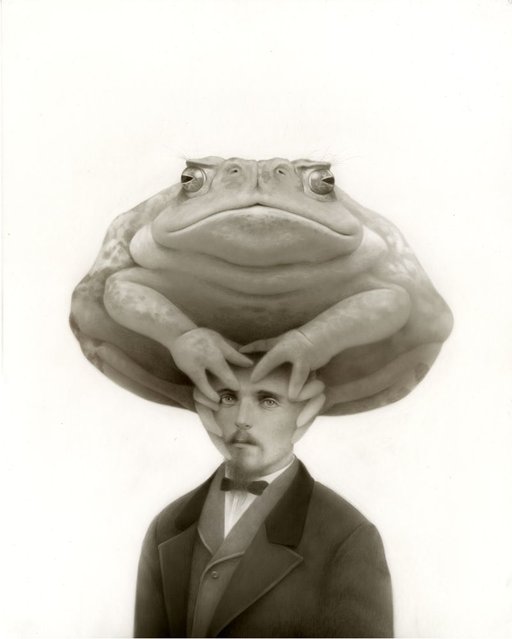 Travis Louie’s paintings are inspired by 19th-century portrait photographs. Instead of people, however, his subjects are goofy-looking monsters. His work is beyond mere art for children, however. There is a refined eeriness to his pieces that give them depth and an elusive quality that really makes them stand out.
Details
30 Nov 2012 10:47:00,post received 0 comments
Touching Strange Wanderings by Andy Kehoe 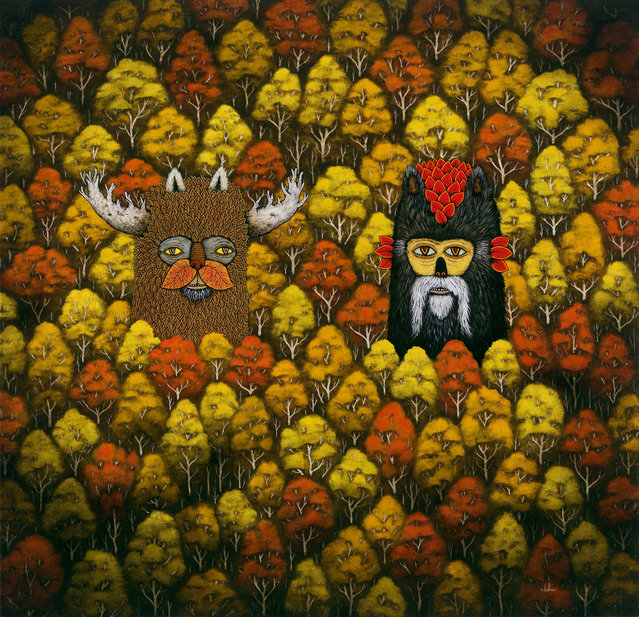 Andy Kehoe recently returned to New York for his third solo show with Jonathan LeVine Gallery. Entitled Luminous Reverie, this show explores the idea of experiencing a lucid moment while drifting along in a daydream. We enjoyed the works, which continued the new direction that he premiered during a show in Los Angeles last year (covered). Again, Kehoe explores the technique of painting layers upon layers of resin and creating a natural 3-D visual element for the viewers to enjoy. This show will be up until June 15th, so stop by and check it out if you’re in NYC.
Details
05 Feb 2014 11:28:00,post received 0 comments
Popular tags:
All tags
Last searches: