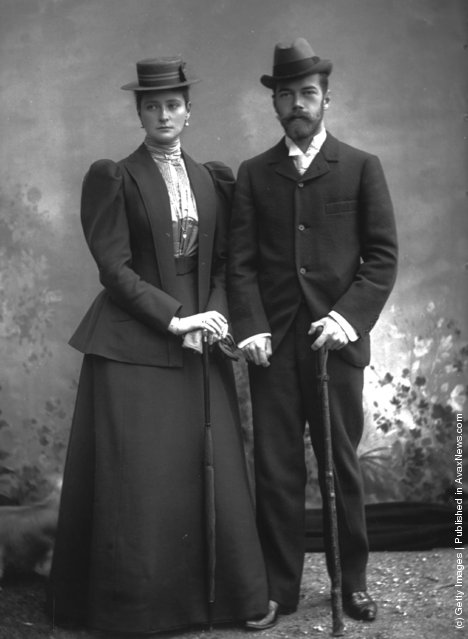 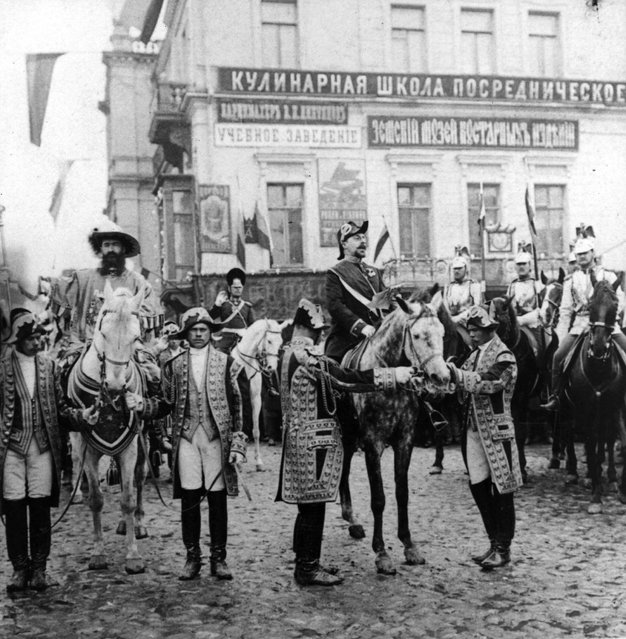 Heralds ride on horse-back through the streets of Moscow proclaiming the forthcoming coronation of Tsar Nicholas II, 1896. P.S. All pictures are presented in high resolution.
Details
29 Aug 2012 13:54:00,post received 0 comments
Fact The Biggest Bomb in the History of the World 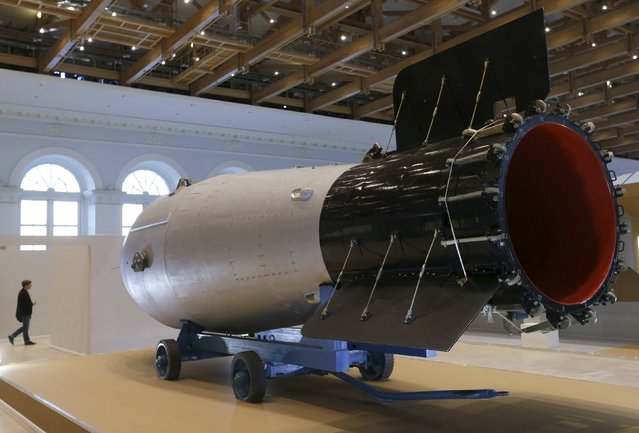 Shell, which is the replica of the biggest detonated Soviet nuclear bomb AN-602 (Tsar-Bomb), is on display in Moscow, Russia, August 31, 2015. The shell is part of an exhibition organized by the state nuclear corporation Rosatom. (Photo by Maxim Zmeyev/Reuters)
Details
01 Sep 2015 13:24:00,post received 0 comments
Disgusting [Oldies] Death Faces. Part I 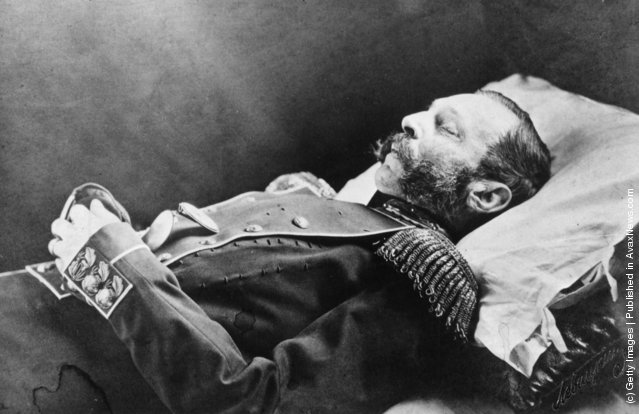 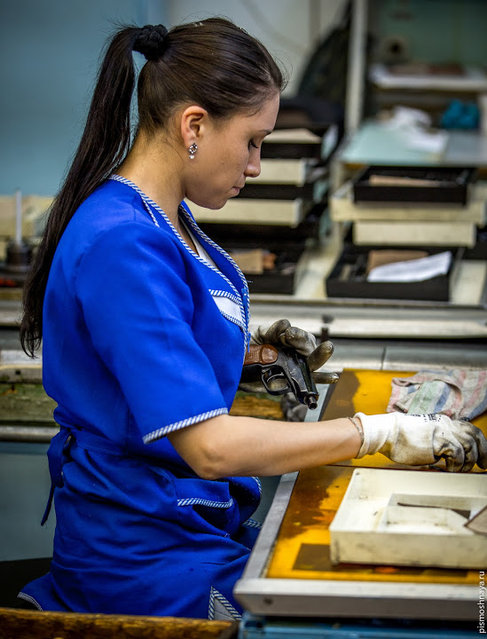 “Izhevsk Machinebuilding Plant (Russian: Ижевский Mашиностроительный Завод) or IZHMASH (ИЖМАШ) is a weapons and motor vehicle manufacturer based in Izhevsk, founded in 1807 at the decree of Tsar Alexander I, and is now one of the largest corporations in its field. It manufactures the famous Kalashnikov series of assault rifle, along with a host of other Russian arms, including medium cannons, missiles, and guided shells”. – Wikipedia. (Photo by Pismoshnaya.ru, 2012)
Details
09 Dec 2012 10:04:00,post received 0 comments
Touching “Stepan Razin's Dream” by Pelagea 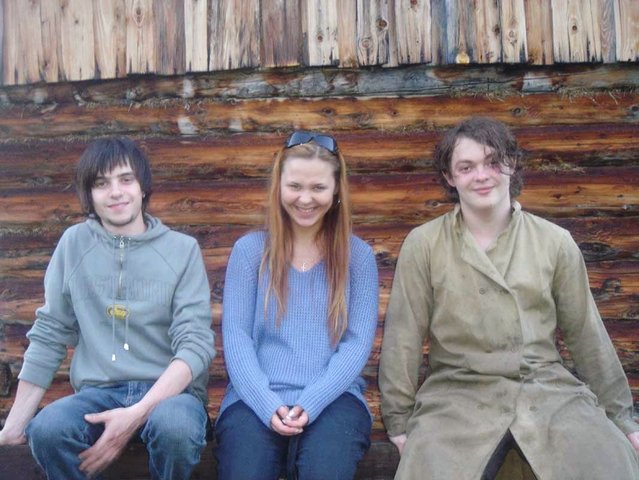 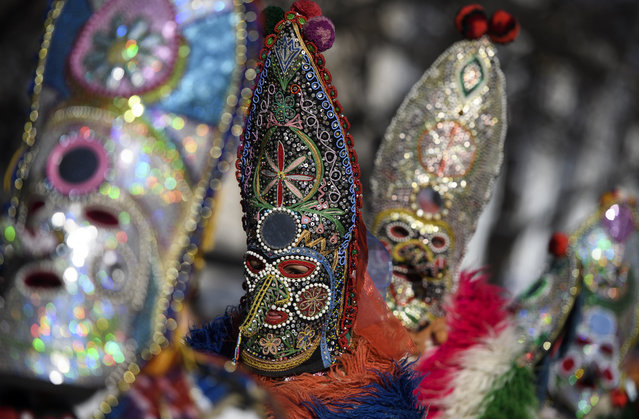 Mask dancers take part in a parade during the the International Festival of Masquerade Games “Surva” in the town of Pernik, some 30 km from Sofia, Bulgaria, 27 January 2019. In ancient times the old Thracians held the Kukeri Ritual Games in honor of god Dionysus – known as a god of wine and ecstasy. Even today these games are also known as the Dionysus' games. Among the Kukeri dancers' are many characters, including Dionysus and his satyrs as well as others from deep history such as the tsar, harachari, plyuvkachi, startzi, and pesyatzi. (Photo by Vassil Donev/EPA/EFE)
Details
31 Jan 2019 00:01:00,post received 0 comments
Fact Massandra Winery: One of the Largest Collections of Fine and Rare Wines in the World 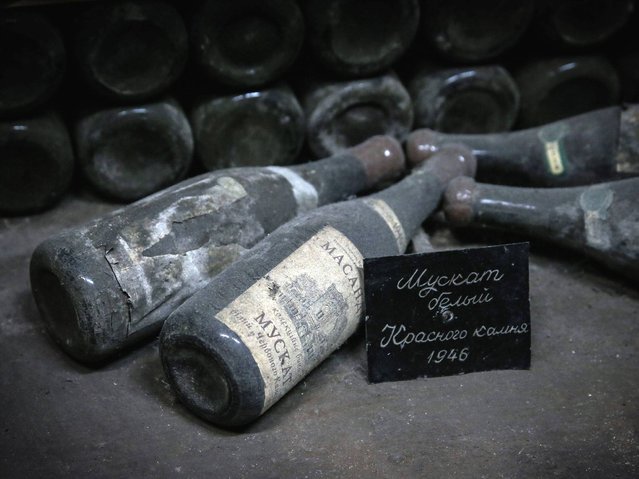 Vintage wine bottles dated from 1946 lay down in the wine cellar of the Massandra winery near Yalta, 28 March 2014 (Yalta is a resort city on the north coast of the Black Sea in the Autonomous Republic of Crimea, a territory recognized by a majority of countries as part of Ukraine and incorporated by Russia as the Republic of Crimea). Massandra winery has one of the largest wine collections in the world. (Photo by Sergei Ilnitsky/EPA)
Details
04 Apr 2014 09:10:00,post received 0 comments
Popular tags:
All tags
Last searches: