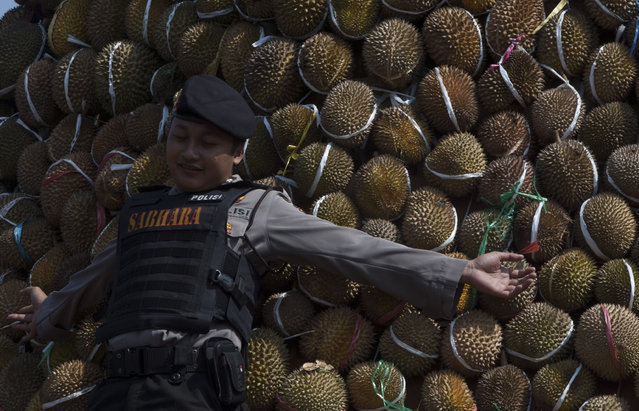 A police poses on the durians during festival durian on the giant mount of durian at northern slopes of Mount Arjuna in East Java. Each year, nine villages in Wonosalam district hold a festival to give thanks for an abundance of this stinky, spiky fruit, which they pile in a 10-meter-high pyramid and distribute among the hungry masses. (Photo by Sigit Pamungkas/JG Photo)