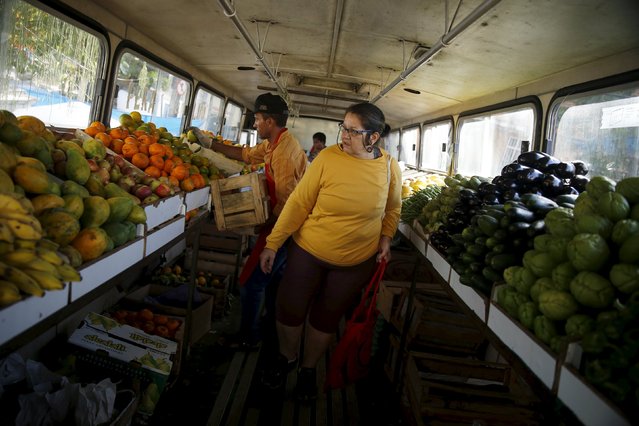 A woman looks for fruits to buy inside a bus called Sacolao in Santa Teresa neighborhood in Rio de Janeiro, Brazil, July 7, 2015. The bus, which began operating as a municipal initiative but has been taken over by a private enterprise, arrives every week in some neighborhoods to facilitate families with their grocery shopping and sells food at an affordable price, according to sellers. (Photo by Pilar Olivares/Reuters)
Details
08 Jul 2015 11:52:00,post received 0 comments
Touching A Cat Cafe in New York 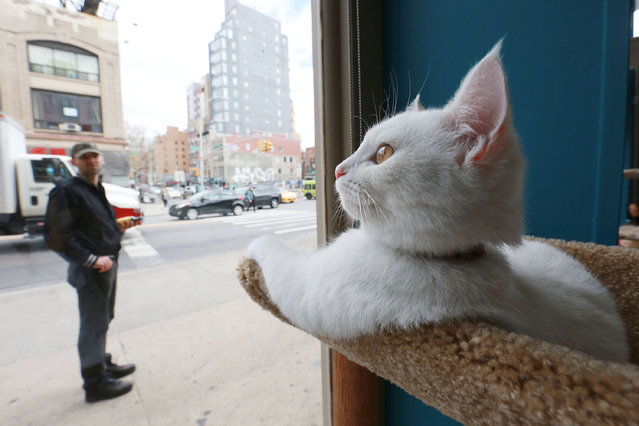 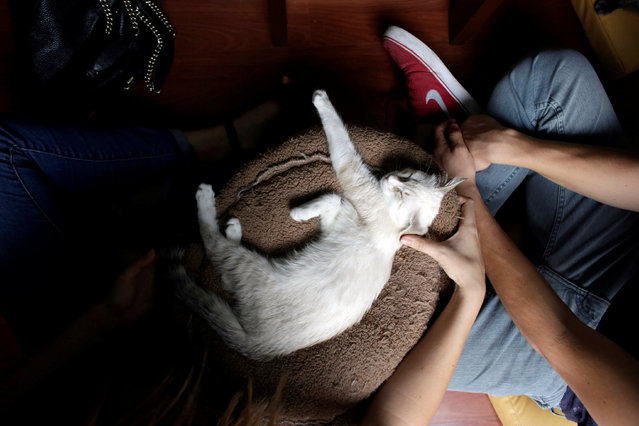 A cat sleeps between customers inside “Meow” cafe, where diners can play, interact or adopt cats given away by their former owners or rescued from the streets, in Monterrey, Mexico, May 14, 2016. (Photo by Daniel Becerril/Reuters)
Details
16 May 2016 10:19:00,post received 0 comments
Fact Maid-themed Cafe in Hangzhou 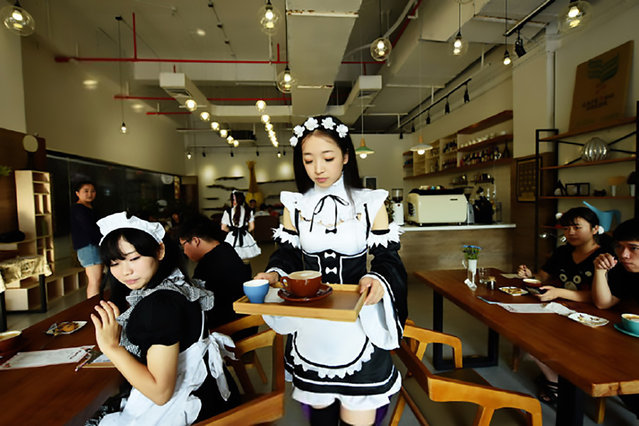 The maid-themed cafe in Hangzhou, China on September 29, 2016. A cafe has been bringing in droves of new customers after hiring young women to dress up in Frech maid costumes while serving diners. Curious coffee- and coffee-lovers are coming from all corners of Hangzhou, capital of East China's Zhejiang Province, to get a taste of the “maid cafe” experience. The business is said to have been opened by a man surnamed Yu and his friends, all whom are natives or graduates of the city. The all-female staff who donned the black and white French maid outfits are also students currenting living or studying in Hangzhou, allowing them to marry their passion for serving with the part-time job. (Photo by AsiaWire)
Details
30 Sep 2016 09:14:00,post received 0 comments
Fact Hong Kong Shop Cats 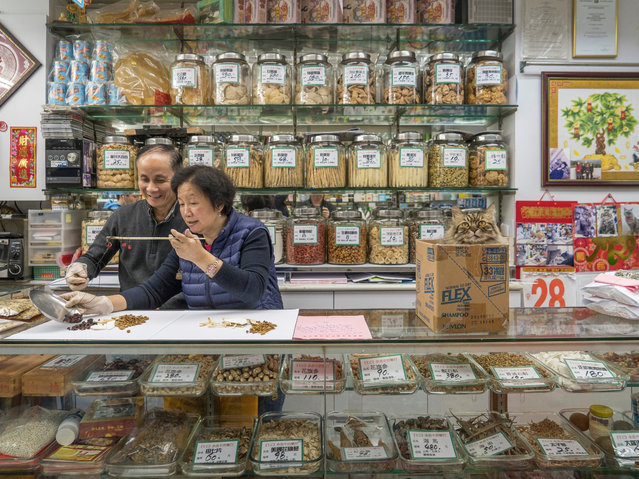 Sony is marketing the remake of the Stephen King horror movie Carrie with with “Telekinetic Coffee Shop Surprise”, a prank video set in a New York cafe. Viral marketing firm ThinkModo shot the film over two days in ‘sNice cafe on 8th Ave, New York, with actors posing as customers. As people wandered in off the street for their coffee, stuntman Travis Gravis spilled coffee on a laptop belonging to actress Andrea Morales.
Details
14 Jun 2014 10:35:00,post received 0 comments
Fact A “Torreto” Barber Shop 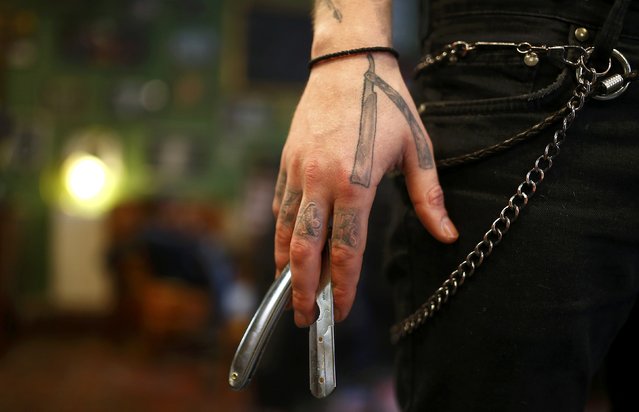 Alex “Torreto” Vellios, a 26-year old barber sports his tattoo of an open razor as he holds a real razor while preparing for his first customer of the day at his Torreto barber shop in Frankfurt, January 6, 2015. Inspired by a childhood trip to the barbers with his grandfather in Greece, Vellios, a formally trained hairdresser and self-taught barber, fulfilled his dream of opening his own gentleman's barber shop five months ago and has turned it into a successful male grooming and shaving business with customers now waiting up to three to four weeks for an appointment to see him. (Photo by Kai Pfaffenbach/Reuters)
Details
09 Jan 2015 13:00:00,post received 0 comments
Popular tags:
All tags
Last searches: